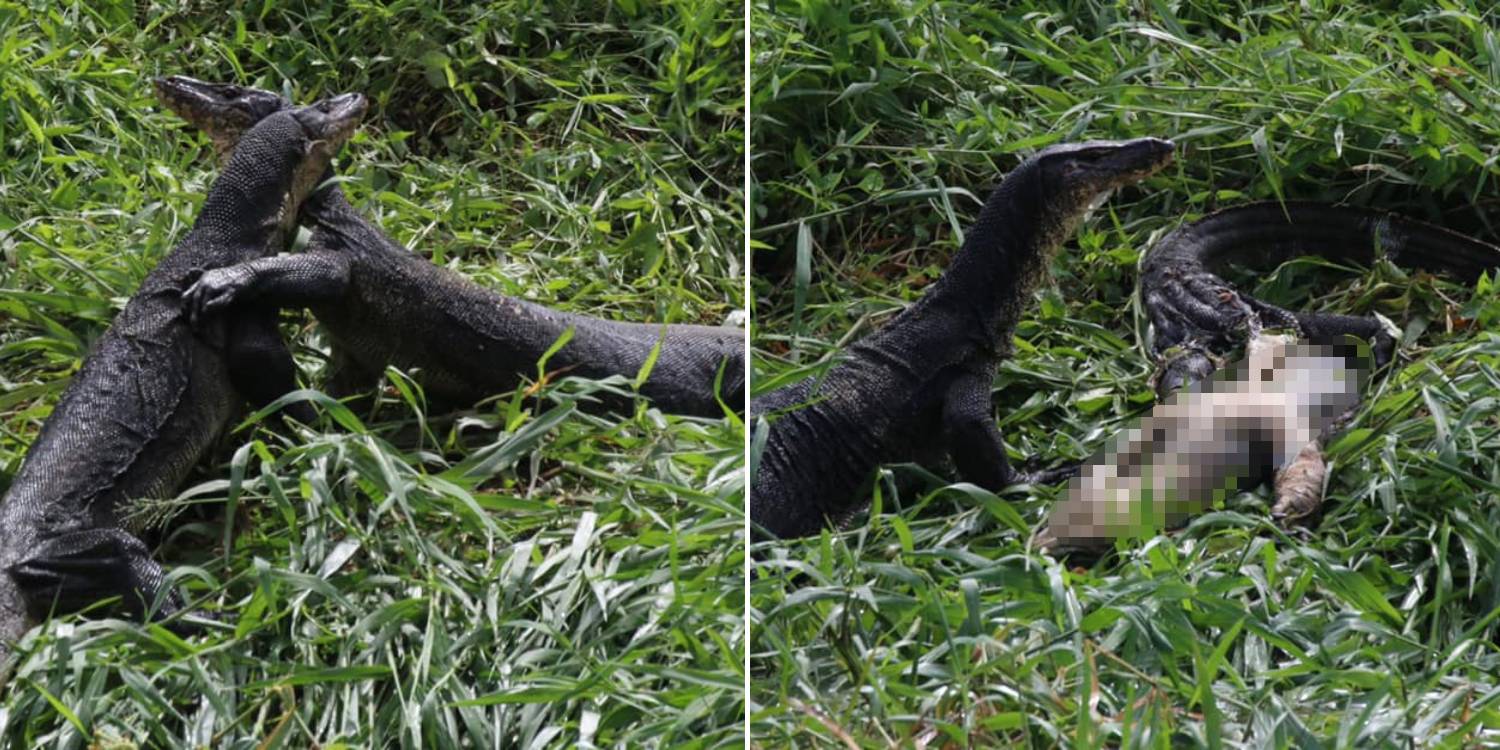 2 Monitor Lizards Fight To Feast On Dead Friend At Clementi

Some refer to humanity as a ‘dog eat dog world’. In the wild, the same rules apply, but sometimes in a more literal sense. 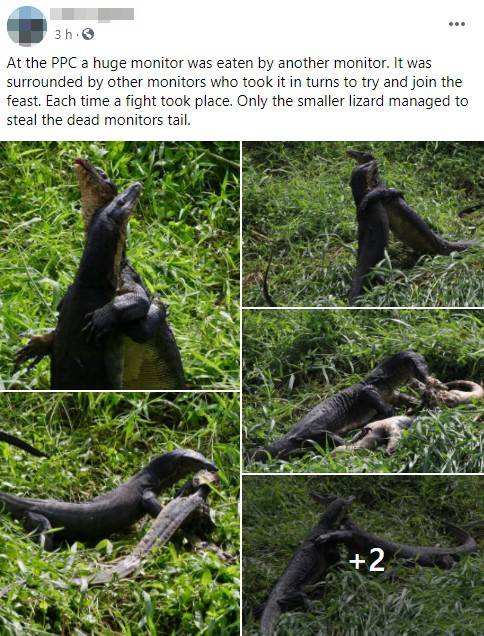 At first glance, one might think the pair was just sharing a lovely embrace.

Monitor lizards fight to feast on a dead friend at Clementi

In a post by Ms Sykes in the Singapore Wildlife Sighting Facebook group, the lady shared about her encounter with 2 monitor lizards at Ulu Pandan Park Connector.

Initially, they seemed to be sharing a sweet embrace. 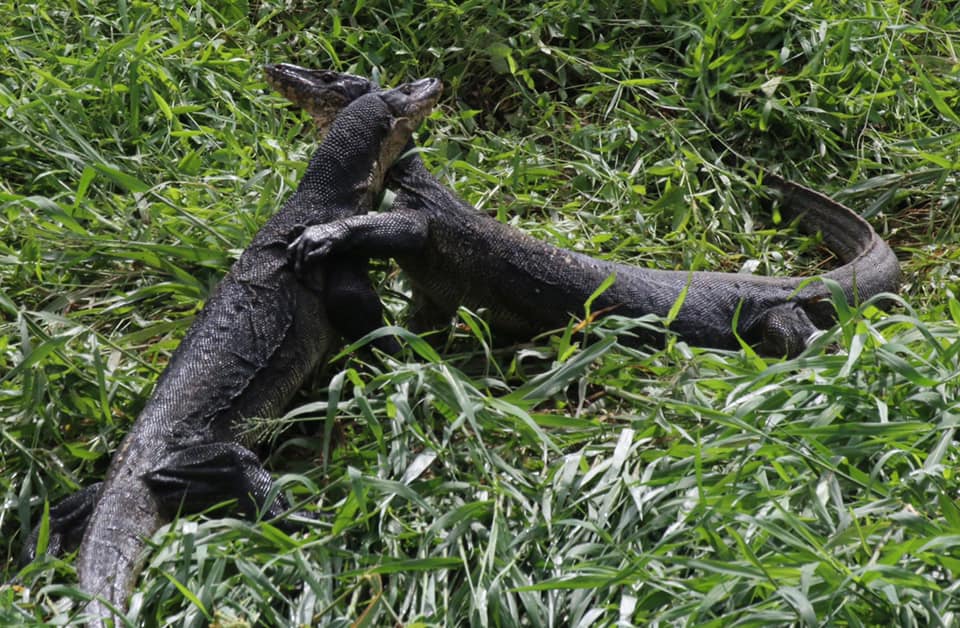 But in actuality, they were fighting over a dead monitor lizard’s body for their next meal. 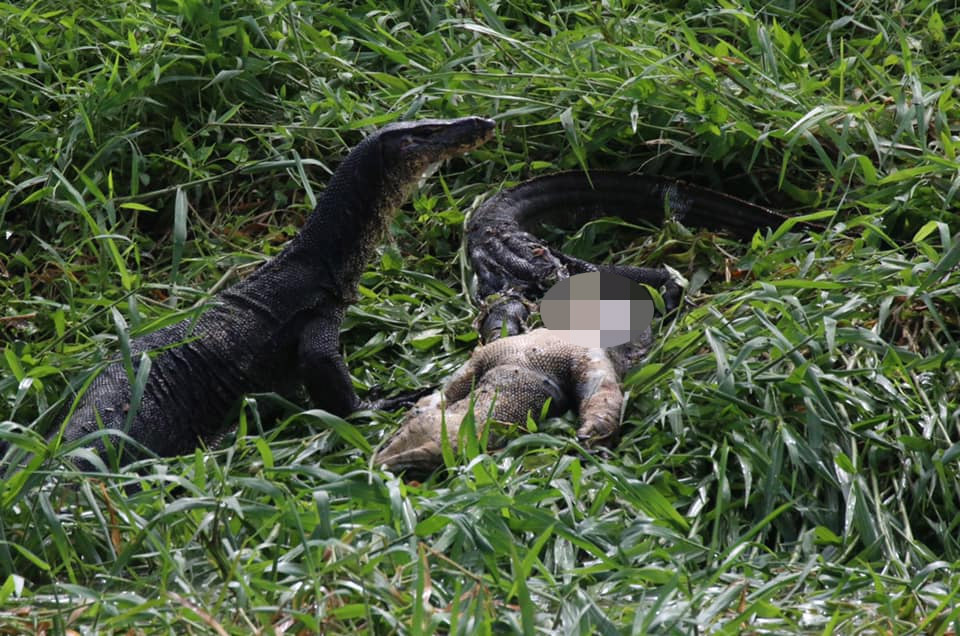 According to Ms Sykes, the monitor lizard they were fighting over was already dead on arrival.

Unfortunately for the smaller monitor lizard, the bigger one eventually won and made off with the bulk of the carcass. However, the smaller lizard did manage to eventually snag the tail of its dead friend. 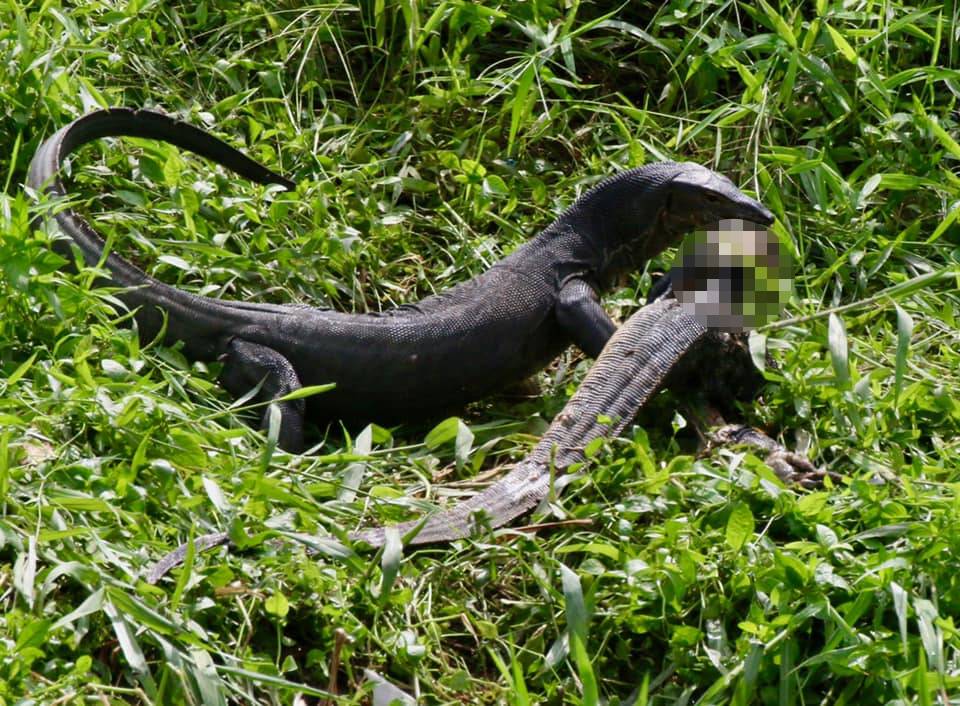 A tiny win nonetheless for the smaller lizard.

While many may call this occurrence an act of cannibalism, it’s perhaps how the food chain works on Mother Earth.

The animal kingdom never ceases to amaze, and this is perhaps yet another instance of that.