S’pore Mother With Disabilities Left Without Caretaker After Son Dies, Has Only S$6 In Bank 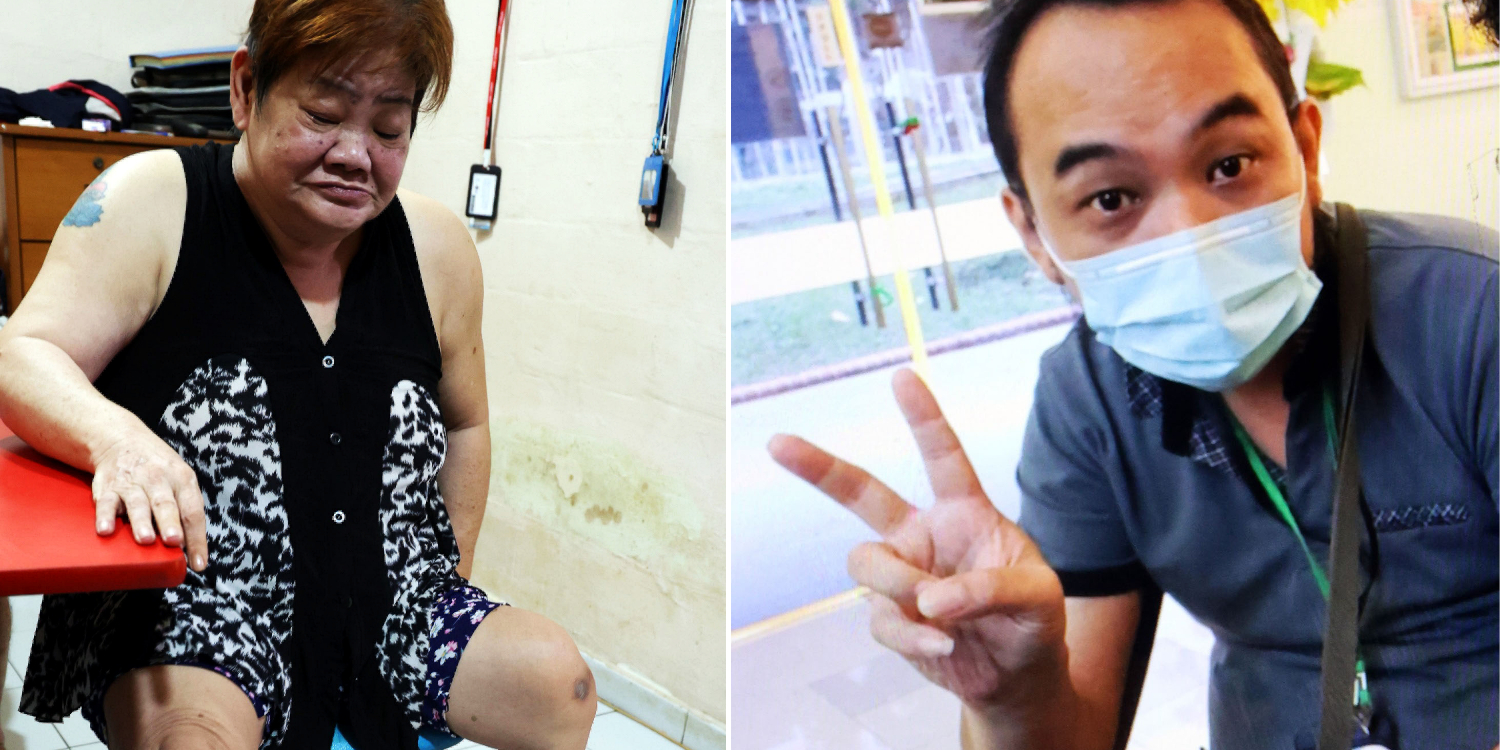 She suffers from leg deformities and muscle atrophy.

Mother With Disabilities Has No Caretaker & Money After Son Dies

In life, parents usually pass away before their children due to old age. However, in some particularly tragic instances, the children may pass on first.

For a 64-year-old mother in Singapore, the recent passing of her son not only left her with a reason to grieve but rid her of a reliable caretaker too.

On top of that, the elderly woman reportedly only has S$6 in her bank account and was unable to prepare a proper funeral for her son.

Son was found on mattress with vomited blood

At about 7.30am on Monday (18 Jul), Hai Jie (transliterated from Chinese), the 35-year-old son, was found dead by his next-door neighbour.

However, Hai Jie was unresponsive even after Ong had called out to him multiple times. 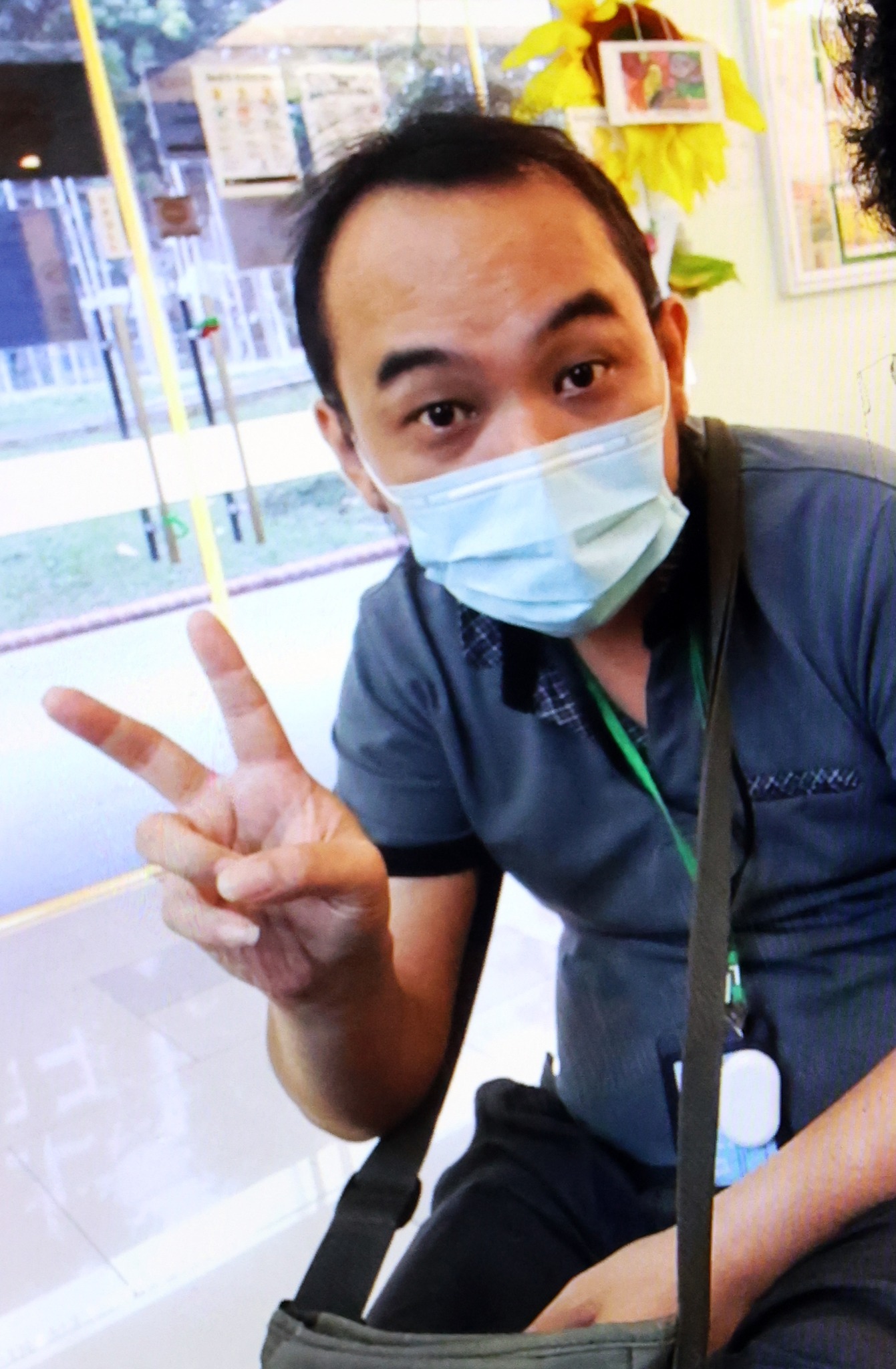 “Whenever I greeted him in the past, he would tell me to keep it down and say his mother was sleeping.” said the 64-year-old man.

Upon peering into the living room, Mr Huang found Hai Jie lying on a mattress with his eyes looking up and blood around his mouth.

Son wished his mother ‘good night’ before he died

When interviewed by the press, Hai Jie’s mother, Madam Xu (transliterated from Chinese), mentioned that her son had brought her out to shop the day before.

That same night, he even bid her good night before going to sleep. She never thought that those would be the last words he said to her.

“He loved me very much. As it’s not convenient for me to move around, he would help me with defecating and urinating every morning,” she said between tears.

Now that he’s gone, I am truly heartbroken. What am I going to do from now on?

Asked whether her son had any prior health problems, Madam Xu said she did not know why he had vomited blood.

While he didn’t have any physical ailments, he was reportedly taking antidepressants.

According to Shin Min Daily, Madam Xu’s limited movement was due to leg deformities that she was born with, as well as muscle atrophy.

Muscle atrophy is a medical condition that causes patients’ muscles to decrease in size and muscle tissues to waste away.

Patients can reportedly lose 20 to 40% of their muscle, reducing their strength as they age, according to Mount Sinai.

Due to her deformities, Madam Xu’s parents allegedly gave her away at a young age. 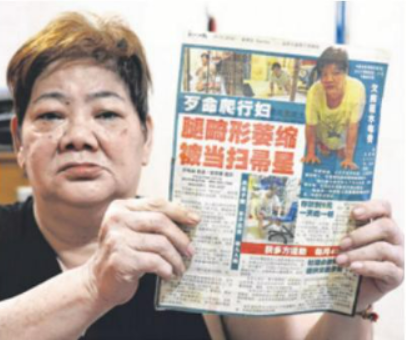 She later married and gave birth to two sons, but the marriage ended in divorce.

After raising both sons to adulthood, her eldest left home and has allegedly not returned since.

As the only remaining son, Hai Jie had to care for his mother and tend to her disabilities before he died.

Mother with disabilities has no money to plan funeral for son

Due to Hai Jie’s disabilities and mental health condition, finding ways to support themselves has apparently been near impossible. 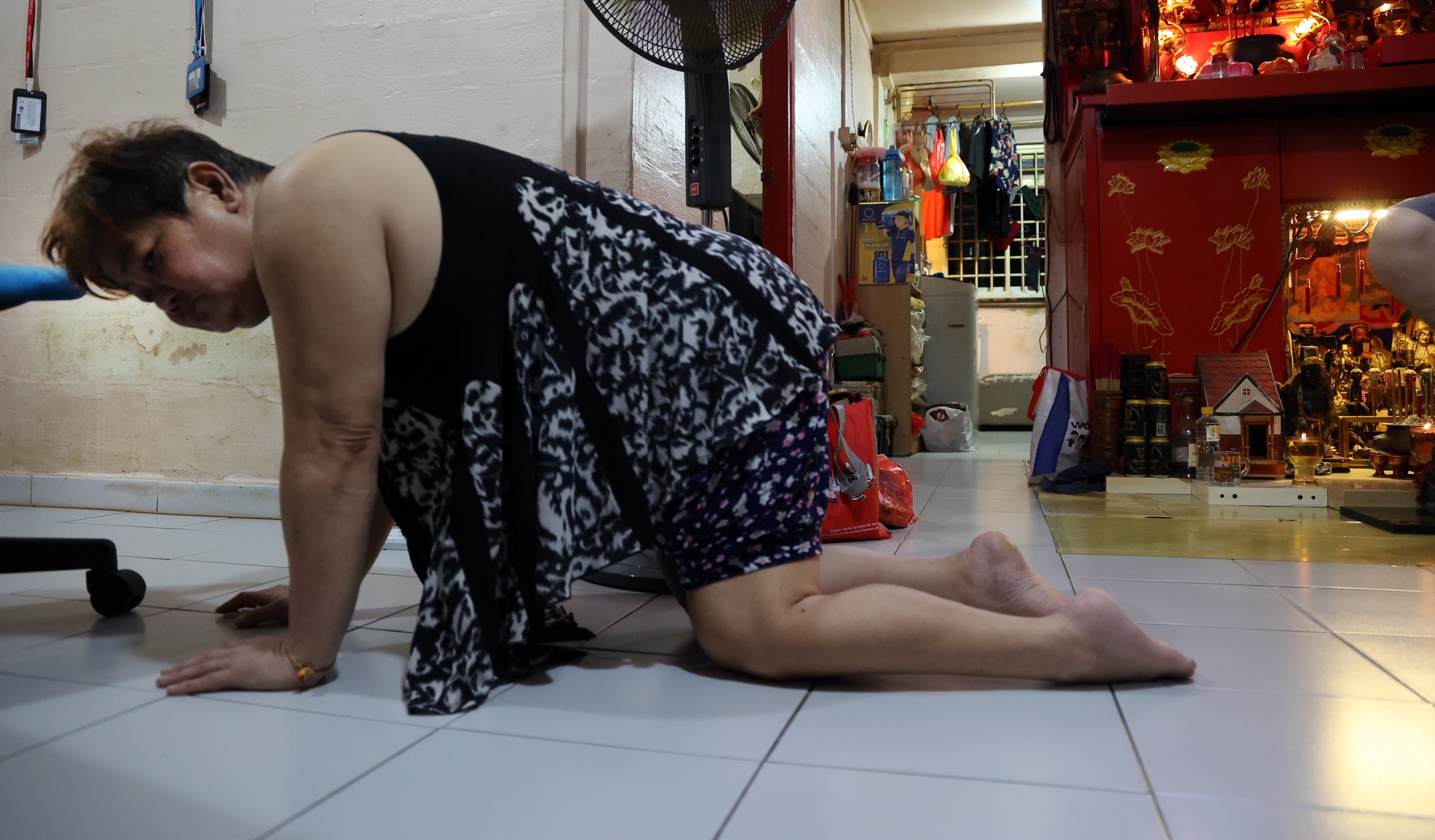 For the past few months, the pair has been getting by on welfare aid amounting to S$840 monthly.

At the time of the interview, Madam Xu apparently had only S$6 in her bank account. She even proved it by showing her account balance to the reporter.

This meant that she had no means to purchase a coffin for her son, much less pay for a funeral to give him a proper farewell, reports Shin Min Daily News.

Donations pour in from netizens

In a positive turn of events, a Facebook user who works at Shin Min Daily News posted a call for donations from the public. 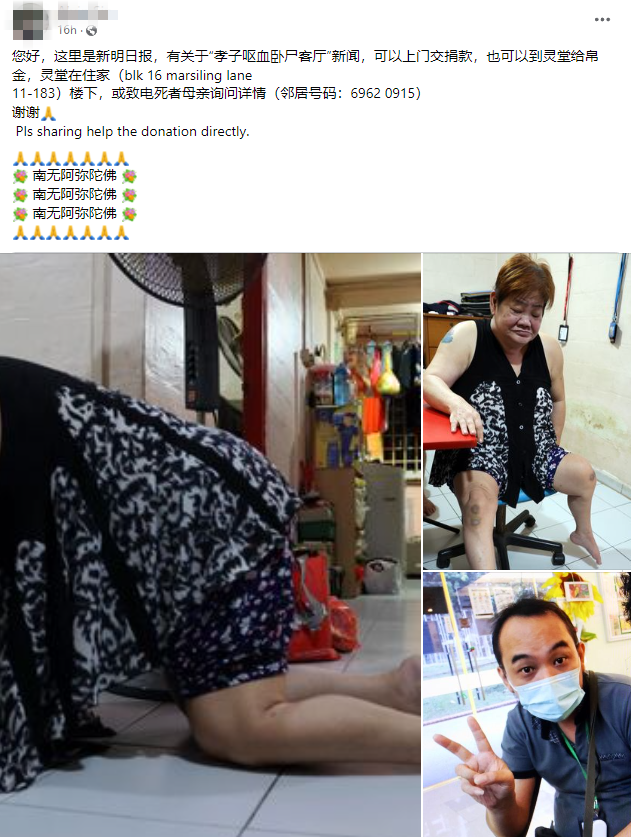 In the post, he shared Madam Xu’s address and informed netizens that they could either pass their donations to her directly or give bereavement money at the wake at her void deck.

He also quoted a phone number belonging to Madam Xu’s neighbour for folks who’d like to check in on the elderly lady’s situation.

No one should have to live through the loss of one’s child, especially in Madam Xu’s case, given all the tragedies that have already befallen her.

MS News would like to express our deepest condolences to Madam Xu, and hope she finds the strength to get through this difficult time.

We’re also thankful that someone has taken the initiative to lend a hand, and that so many people are banding together to help someone in need like her.

Here’s hoping Madam Xu’s story will reach the right ears and get her the help she needs to live out the rest of her life comfortably.