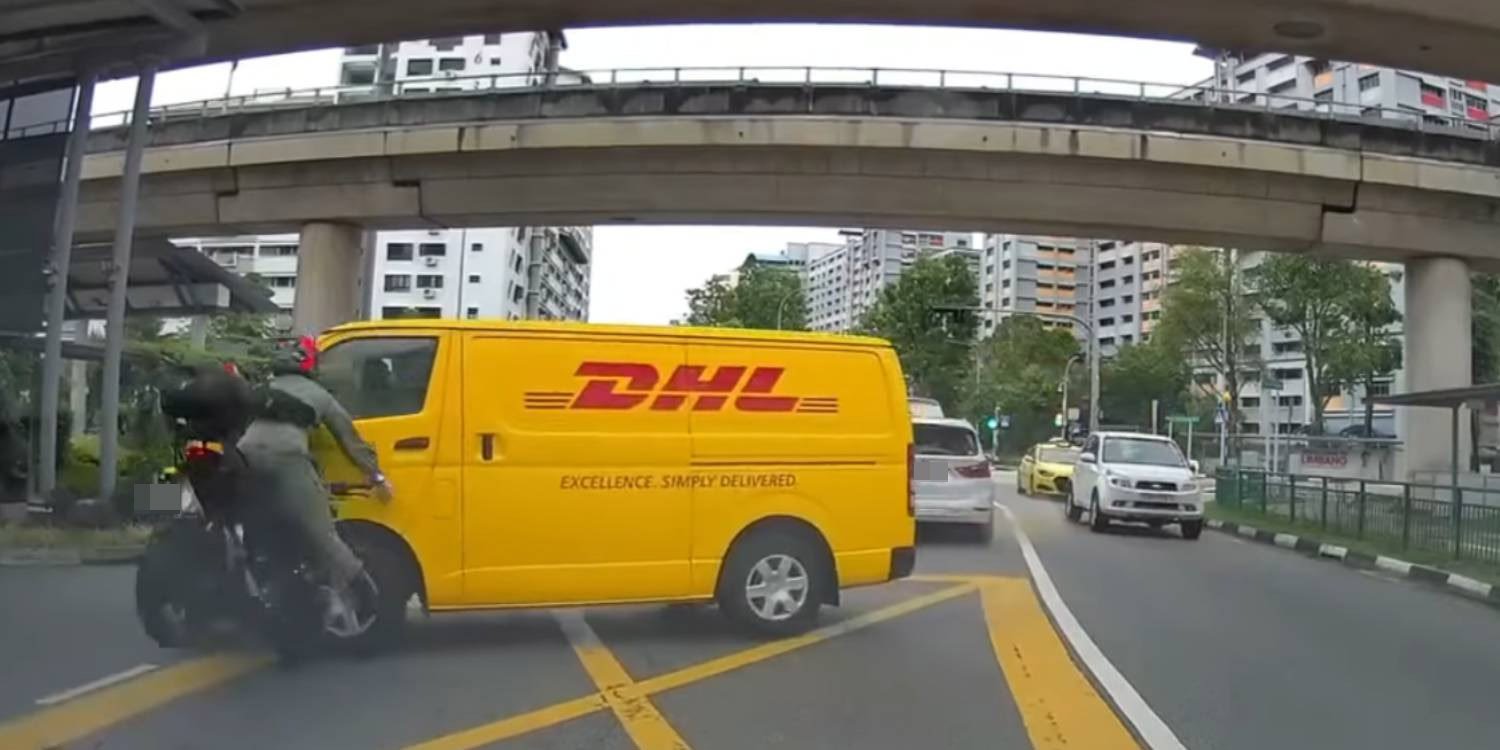 Drivers are taught to check for oncoming traffic when they’re executing a turn. Sadly, that’s not enough to prevent all traffic accidents from happening.

Recently, a motorcyclist collided straight into a DHL van when the latter vehicle was executing a turn at Choa Chu Kang. 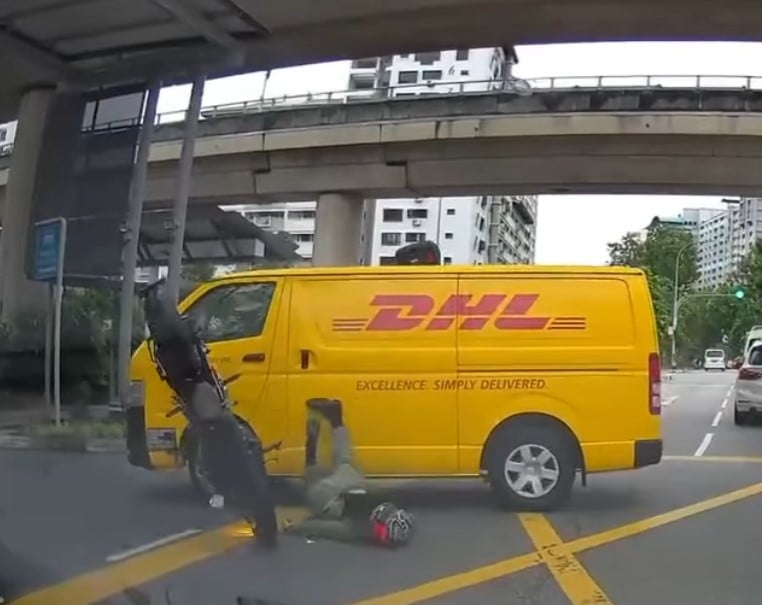 The rider was reportedly sent to the hospital.

In a Facebook video posted by ROADS.sg on Tuesday (6 Apr), a motorcyclist was seen slamming straight into a DHL Van.

In the footage, the DHL van was seen making a right turn through a ‘yellow box’.

On the other hand, the motorcyclist was riding straight ahead.

Unfortunately, this led to a heavy collision between the 2 vehicles, and the motorcyclist was seen slumping to the ground after the impact.

According to the Singapore Civil Defense Force (SCDF), they were alerted of the accident at around 5.30pm. 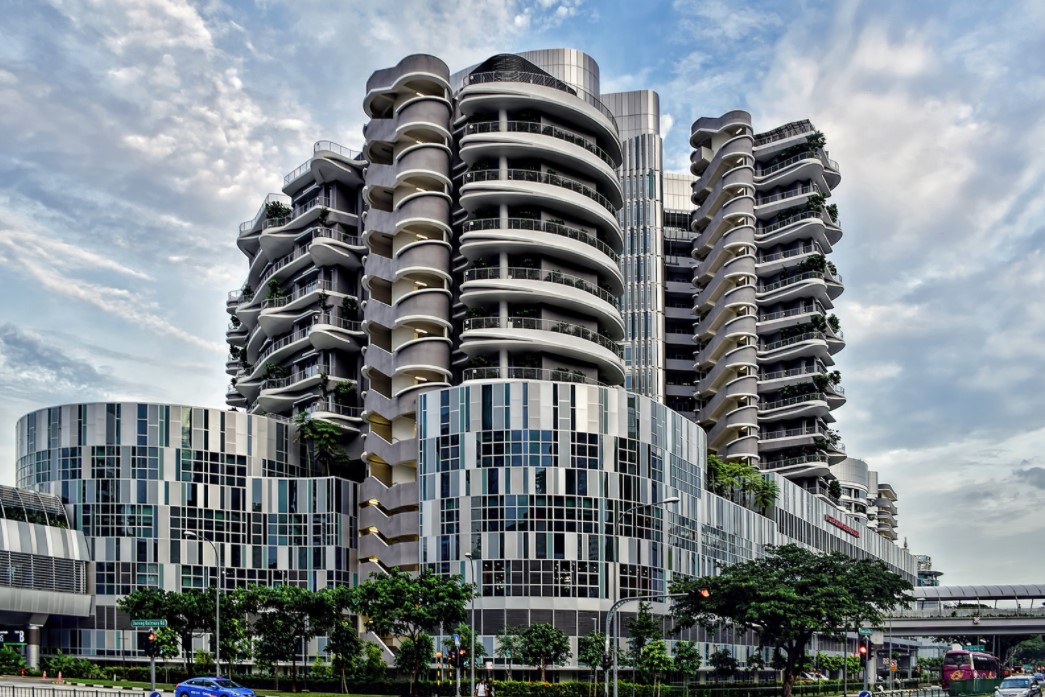 Upon their arrival, they conveyed the injured rider to Ng Teng Fong General Hospital.

Vehicles should slow down when approaching yellow box

According to Singapore’s road regulations, vehicles ought to slow down or stop at the yellow box even when the lights are in their favour. 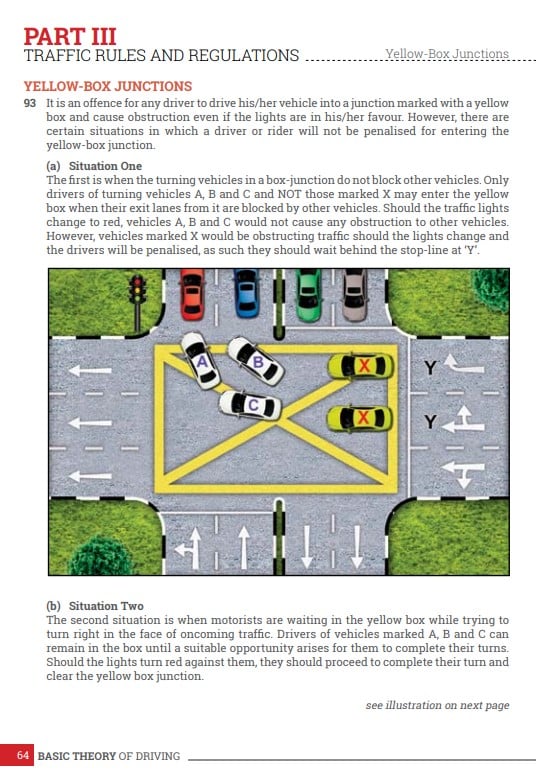 However, it is also the onus of any vehicle making a turn into the yellow box to slow down to check for blind spots.

Wishing the motorcyclist a speedy recovery

Whether you’re a pedestrian or driver on the road, it’s imperative to be hyperaware of your surroundings.

Experiencing an accident of this sort – or in fact, any sort – will indisputably take a toll on one’s mental and physical health.

MS News wishes the motorcyclist a speedy and smooth recovery.