Must Share News – Independent News For Singaporeans
Home Inspiration Humour Japanese Man Turns Year’s Worth Of Nail Clippings Into A ‘Diamond’ For...

Japanese Man Turns His Own Nail Clippings Into A ‘Diamond’ Ring

Engagement rings are usually quite pricey, especially those with a diamond stud. However, a man from Japan figured out a budget way to make a ‘diamond’ studded engagement ring just by using his nail clippings.

In a YouTube video, the Japanese man filmed the whole process of creating the ‘diamond’ stud for his engagement ring.

Save your first impressions, here’s how he did it.

Ground his nail clippings to make the diamond

He began by collecting his clipped nails in a jar for a year.

He then proceeded to blend the nails in a blender for 30 seconds until it became small bits. Next, he used a coffee grinder to grind them into powder.

He then compressed the mixture using a nut and bolt.

Once the compressing was done, he placed the mixture into the oven for 90 minutes, set at 150°C.

Voila, the compressed mixture is now a raw ‘diamond’.

The man then started to buff – which is like polishing – the ‘diamond’ and shaped it with a custom mold that he created.

Even the ring is made out of nail clippings

The stud wasn’t the only thing fashioned from nail clippings — the ‘silver’ ring was too. 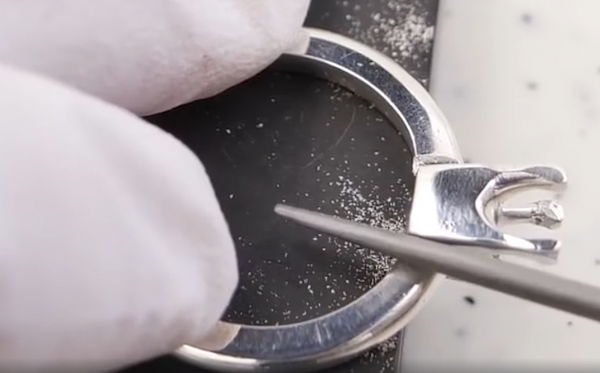 He simply repeated the process, drilled some holes and added the silver coat onto it.

After that, it was a simple task of putting the ‘diamond’ onto the ring. The finished product looks astonishing. 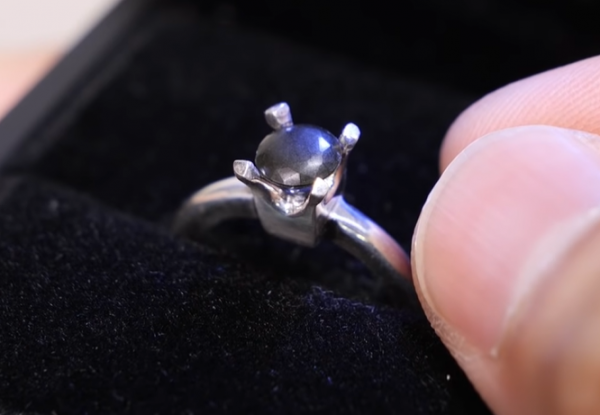 However, it’s sad to note that the ring did not fit the finger of his ‘fiancée’. But hey, it’s the thought that counts.

A creative alternative for people on a budget

If you are planning to get married and buy a BTO flat, you may want to consider doing this as an engagement ring. That is, if your other half doesn’t have to hear about what went into making it.

However, you will need to start now as it’s gonna take a while for you to collect that much clippings.