Just over a week ago on 29 Jul, the National Environment Agency (NEA) addressed the issue of cement pathways between graves, after visitors observed notices at Block N-1-13 plots at Choa Chu Kang Cemetery. Explaining that laying cement on pathways between graves is “unsafe”, NEA emphasised their stance against it.

Following the announcement, they’ve since told BERITAmediacorp that families or descendants of the deceased have 2 months to break the cement before NEA takes action.

According to NEA, they only released the notice recently after examining Block N-1-13 last month and finding 15% with cemented pathways.

Since the cement causes the ground to be uneven, they worry about the safety of visitors.

The pathway also collects water after heavy rain, unlike grass which absorbs it, potentially giving rise to mosquito breeding grounds. 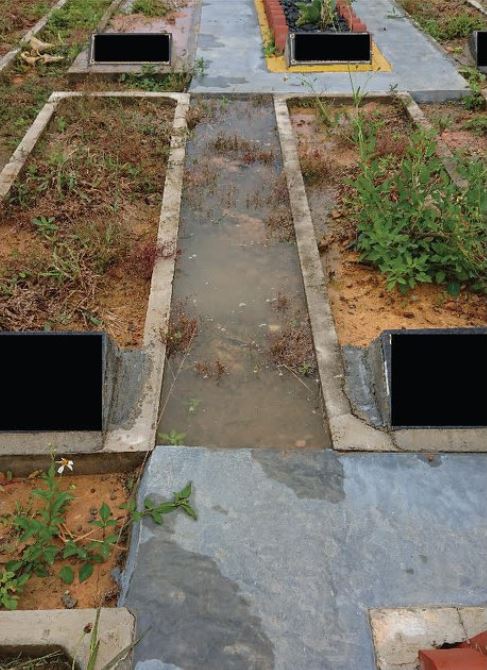 To prevent such risks, NEA is thus giving descendants and family members a 2-month period to engage a contractor to break the cement.

So those who received the notice on 24 Jul for instance will have till 24 Sep. If they don’t do so by the end of the window, NEA will proceed with the removal themselves.

They’ll then replace the cement with grass.

Over 70 descendants have agreed to the removal

As of Monday (3 Aug), 77 descendants have contacted NEA and the Islamic Religious Council of Singapore (MUIS) in agreement with the removal, reports BERITAmediacorp.

Block N-1-13 houses graves that had been exhumed and reburied under Phase 6 of the Exhumation Programme.

Other graves which aren’t part of the programme are not affected by the notice.