Neighbour Was An Ex-Cleaner With Low IQ

HDB residents know that the lift is possibly the only place that we interact with our neighbours. Even then, our conversations rarely extend beyond:

But one netizen thinks we should change that culture. Mr Niwde Weis came to this conclusion after a discussion with his 60-year-old neighbour. 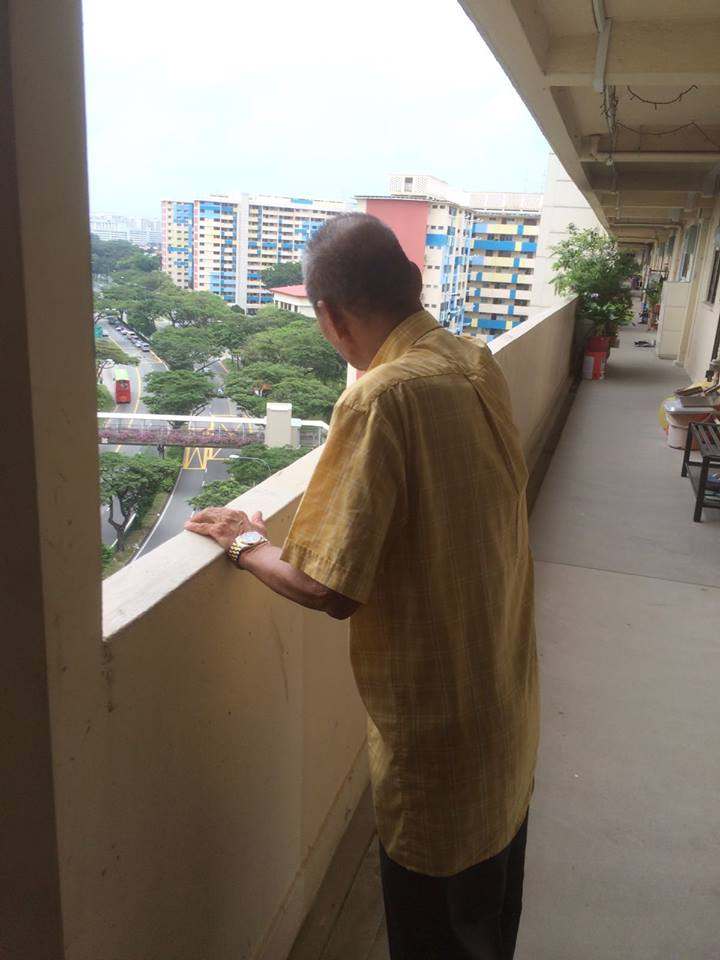 You can check out the post in full here. 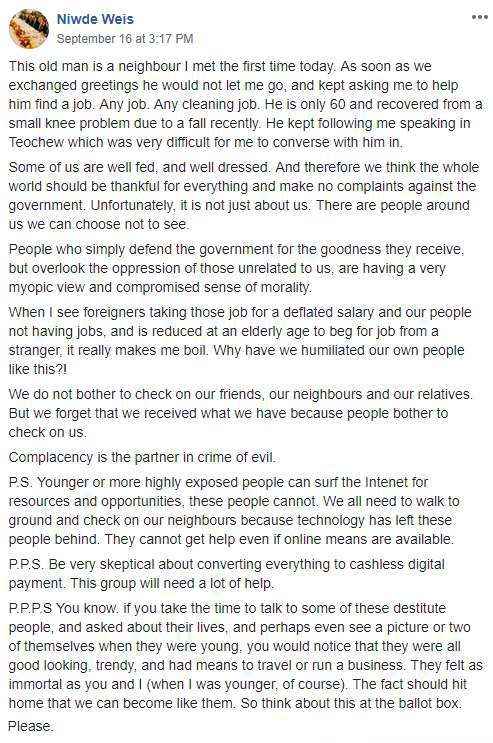 While Mr Niwde’s post quickly becomes an anti-Government rant, it still offers valuable lessons for us all.

He recalls that despite it being their first meeting, his elderly neighbour stuck to him like glue, repeatedly asking him to help find a job. The senior claimed to have suffered from a knee injury that presumably didn’t allow him to work.

Interested in the old man’s case, Mr Niwde decided to speak to a visiting relative.

These exchanges had a profound impact on Mr Niewde, who went on to chide others for being too “myopic”.

What’s more, Niwde claimed that the privileged are deliberately turning a blind eye to those less well off. He also believes that technology and innovation are impacting the less-privileged.

His solution? Have Singaporeans interact with their neighbours, especially those less-well off.

Why Singaporeans so dao?

Talking and getting to know your neighbours may sound like an intuitive thing to do. After all, who doesn’t want to know more about who you’re living next to?

But if that’s the case, why are Singaporeans still so hesitant to talk to their neighbours?

Worker Passes Away After Falling Off Boat In Pulau Brani, Investigations Ongoing