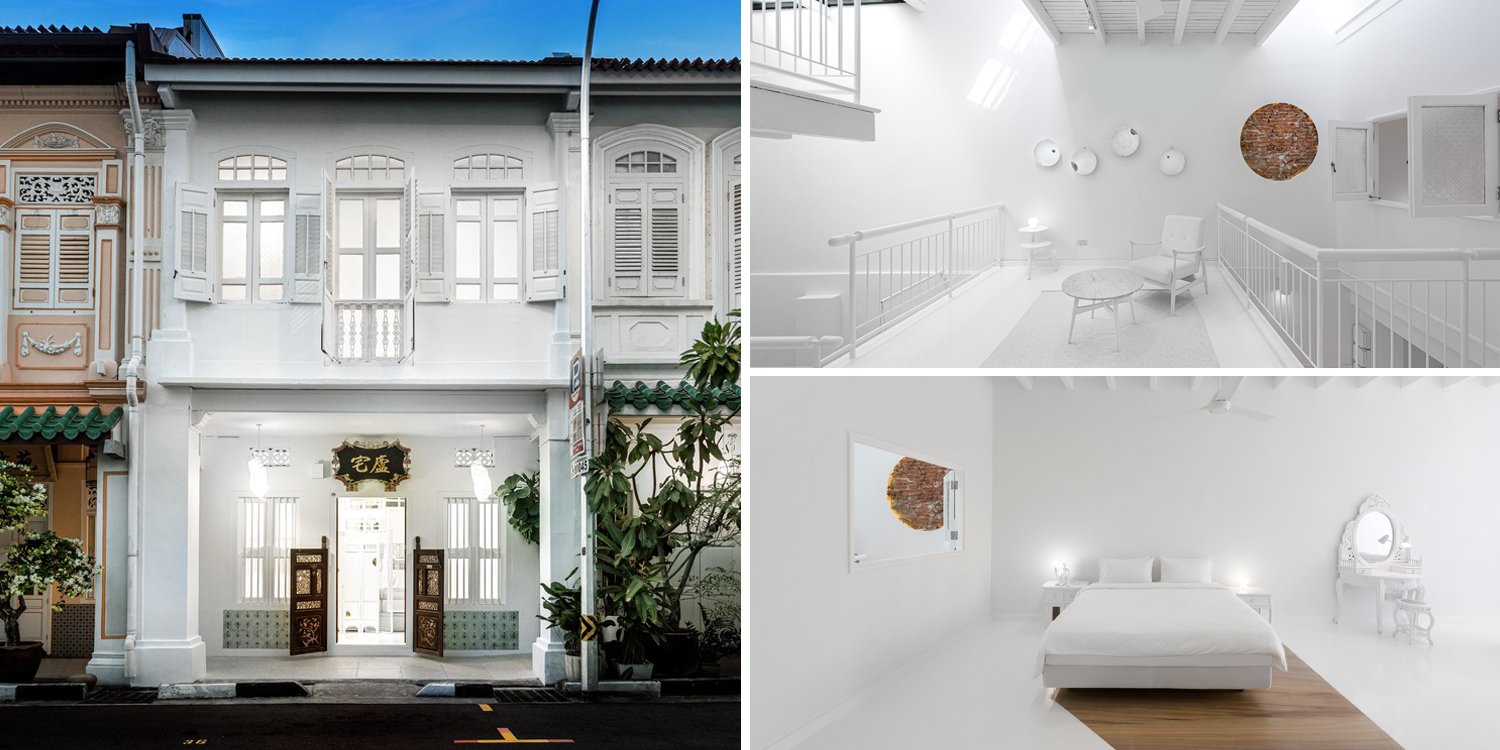 Outram Park is home to many heritage shophouses that showcase Singapore’s multicultural architectural influences throughout the years. 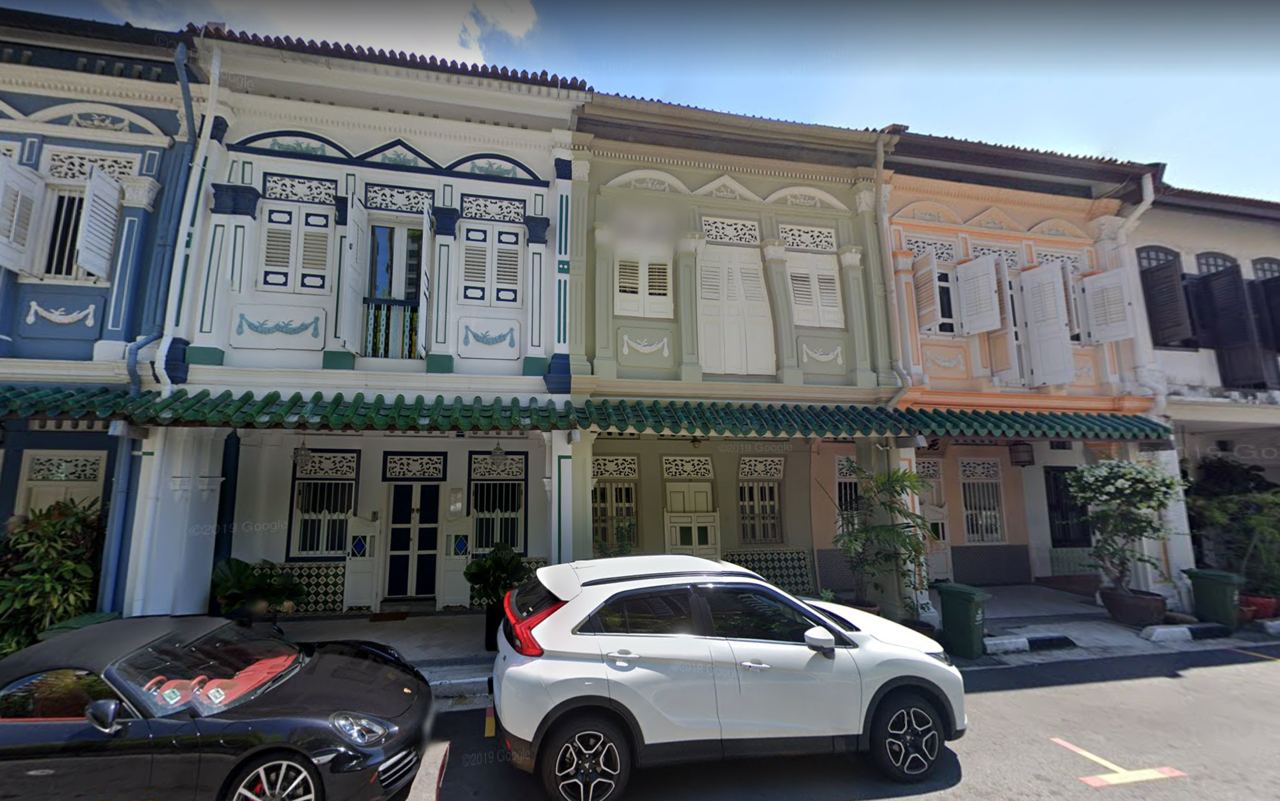 Over time, shophouses have in many ways, become art. Now, modernity has found a way to make its mark on these iconic structures.

Canvas House is one such example. Nestled in the heart of Outram Park, this all-white shophouse is a fascinating masterpiece that incorporates elements from the past, present, and future. This 4-key shophouse at 28 Blair Road has an all-white interior created by Ministry of Design. 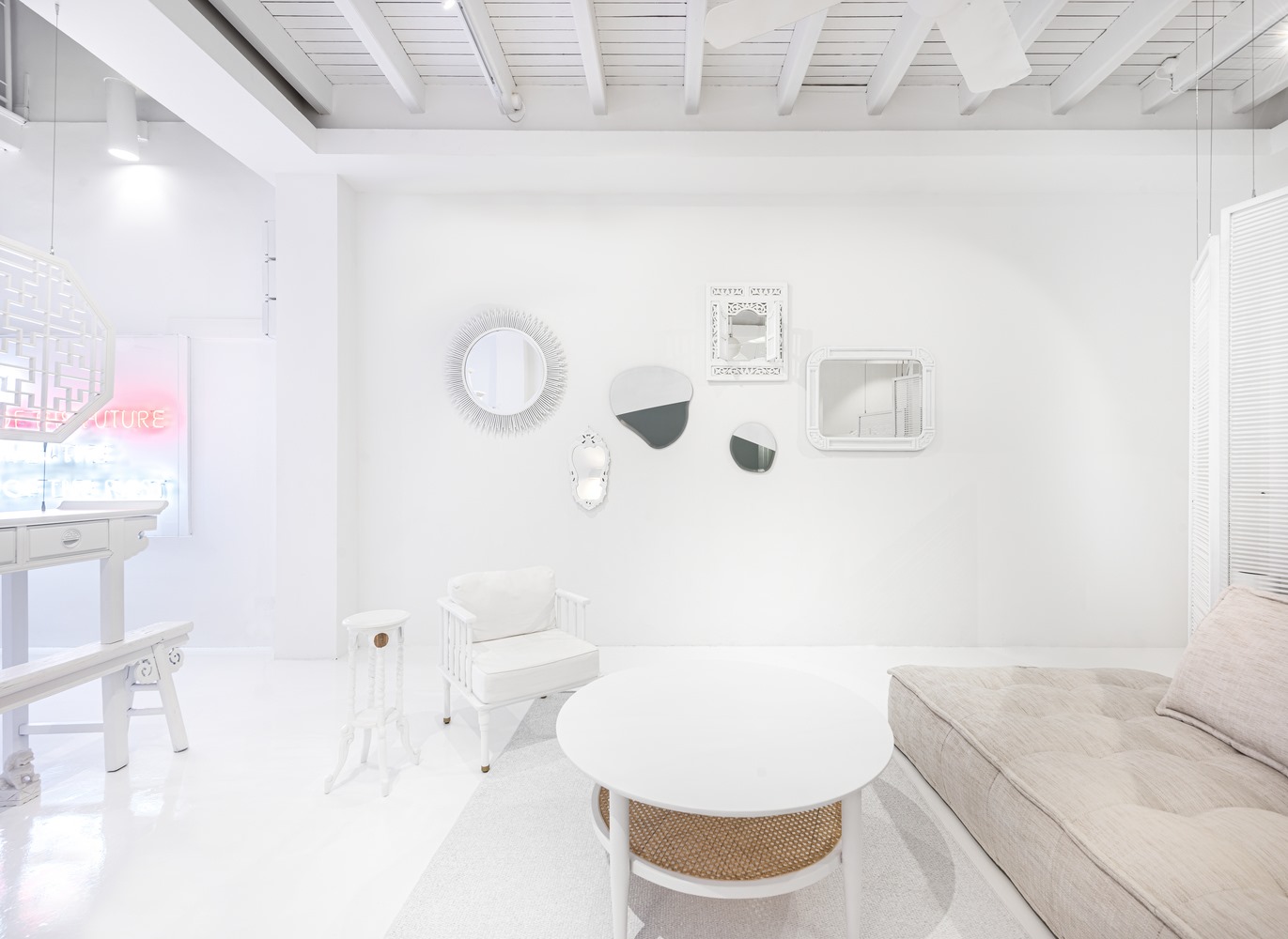 Trust us when we say it is unlike anything you’ve seen before — almost every surface in the apartment has been painted white, including the furniture. 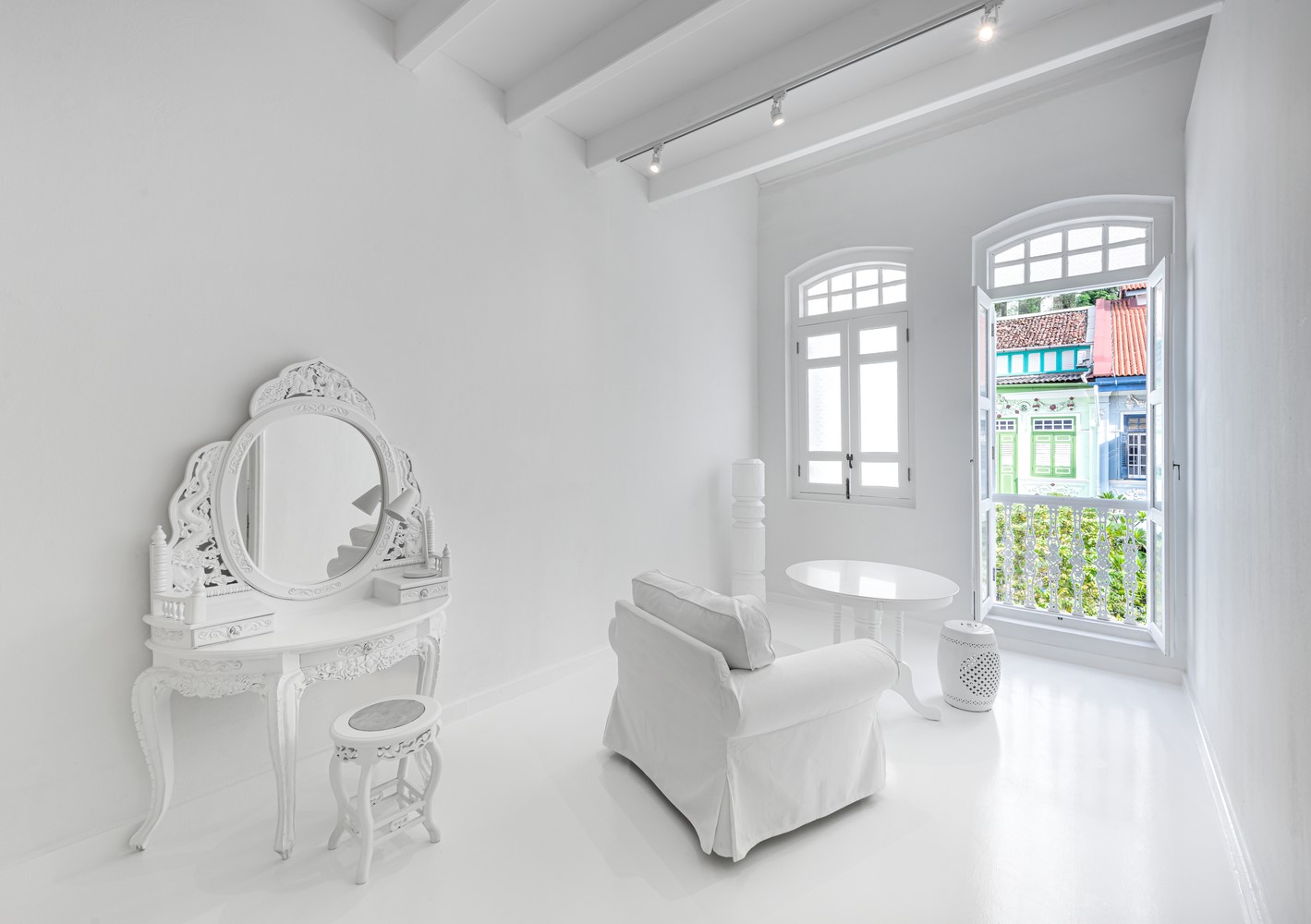 It definitely is a thing of beauty — just imagine waking up in a world of whiteness.

We aren’t sure if there are 50 shades of white, but if those exist, you can probably find them all in this house. 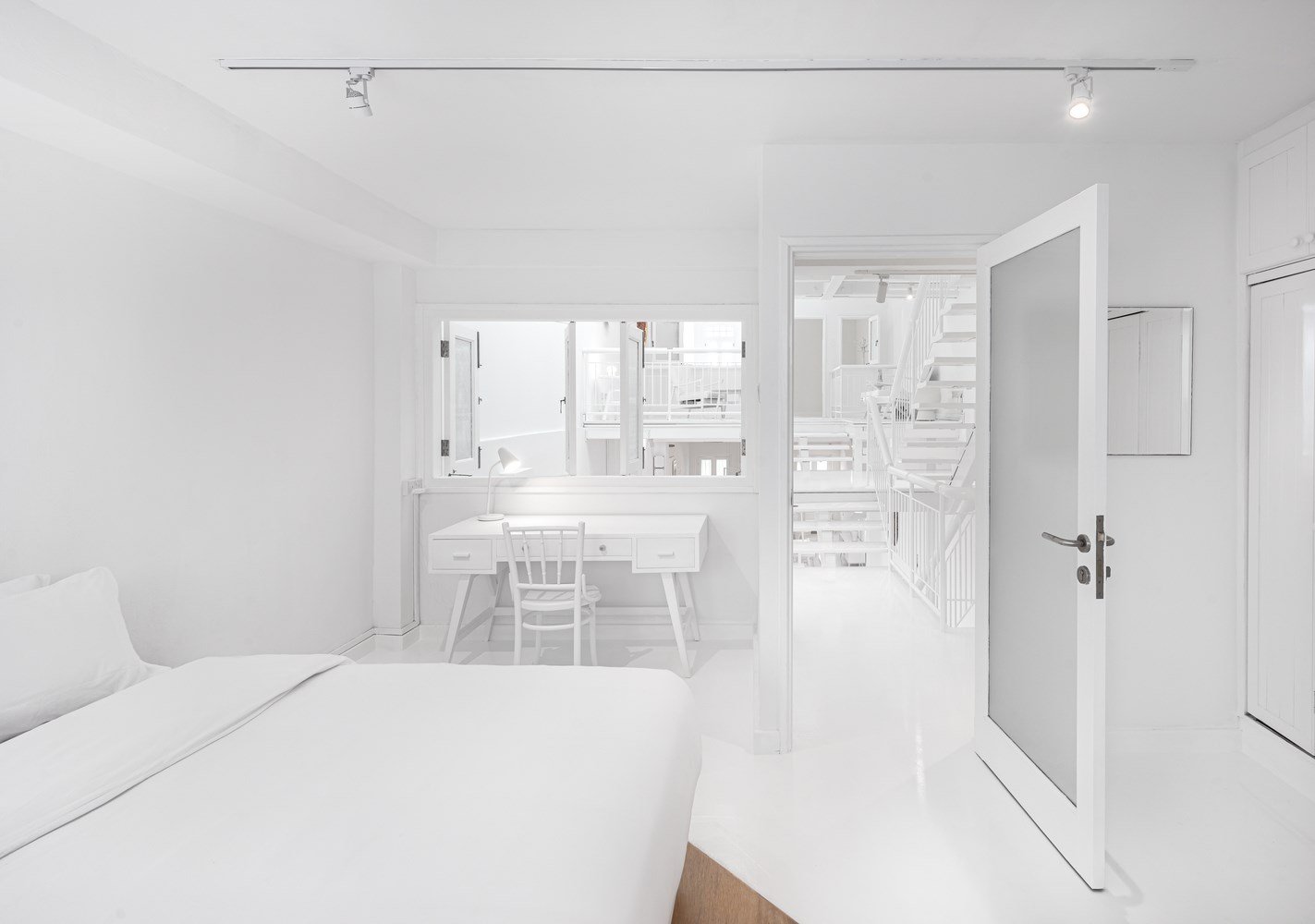 You wouldn’t dare to spill any wine or kopi in this space.

Despite blanketing the house in white, the designers remain keen on showcasing the shophouse’s origins.

Around the house, circular incisions in the paintwork uncover fragments of its past.

“Peek-a-boo” vignettes also reveal the brickwork behind the whitewashed walls. In the bedrooms, the beds cast a wooden ‘shadow’ on the floor, offering a distinct contrast to the clean white surroundings. 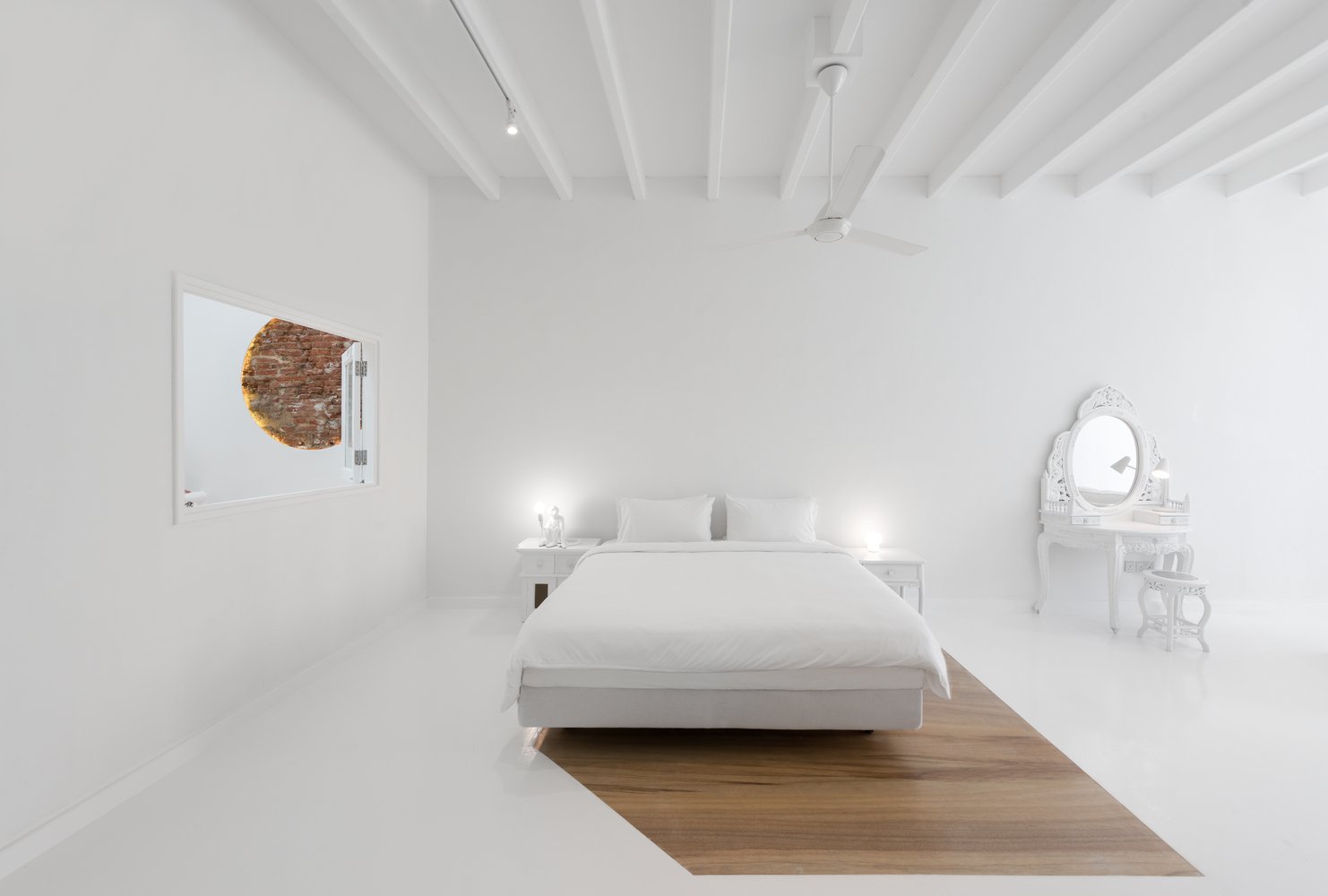 The original finish of the traditional decor pieces can also be seen despite being covered in white. 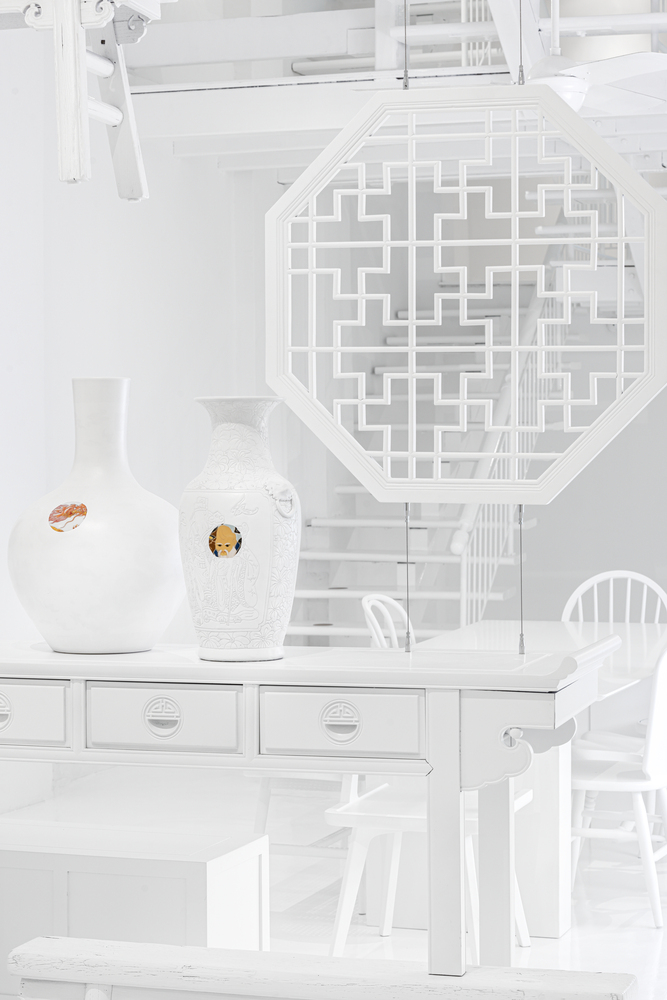 Finding splashes of colour here and there will make for a fun adventure.

The all-white interior doesn’t just blur the lines between object and space, it blurs inherent boundaries of past and present. 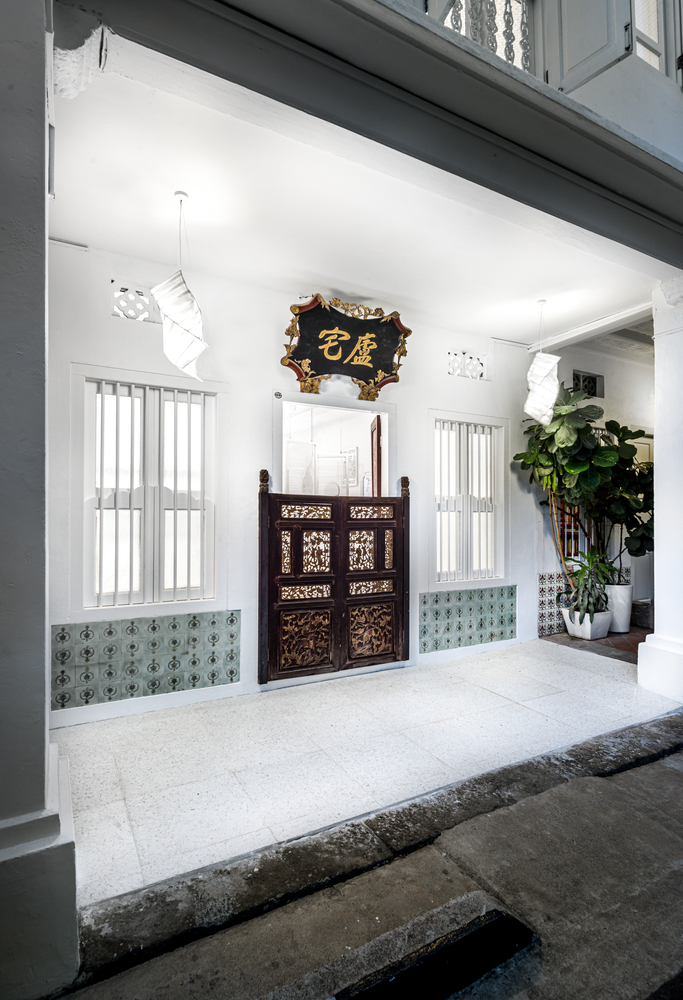 While the pure white aesthetic gives the apartment a modern finish, you’ll find that the white house experience is a lot more layered upon closer inspection.

From furniture pieces to house decor, the space perfectly blends tradition with modernity.

In the designer’s words, they wanted to leave “choreographed glimpses into the past”.

A traditional patterned Chinese window design and a wooden bench hang from the ceiling, giving the house a vintage touch. 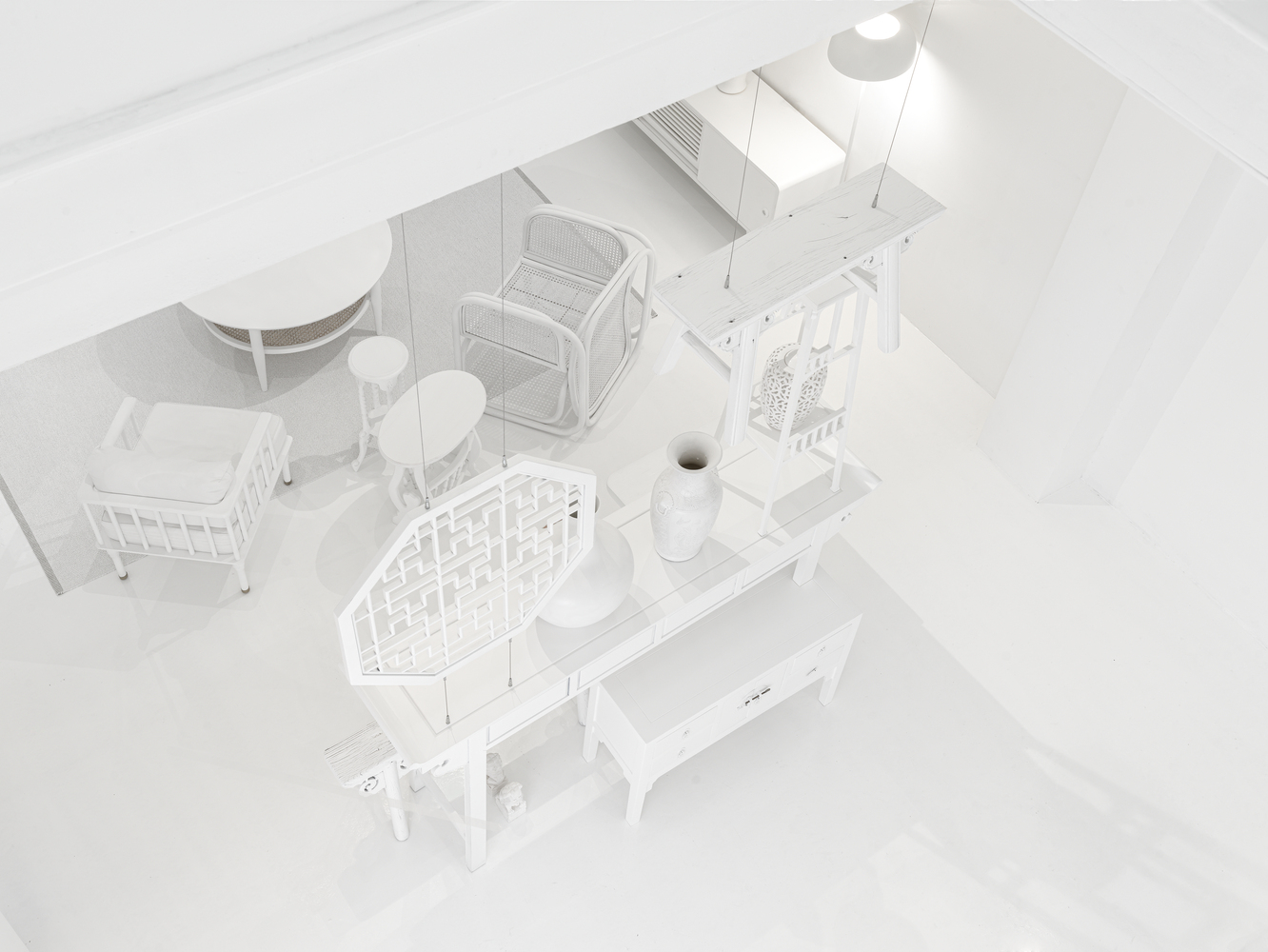 All around the apartment, the modern and traditional intertwine.

In this room, designers incorporated traditional Chinese wooden screens side by side with their modern counterparts. 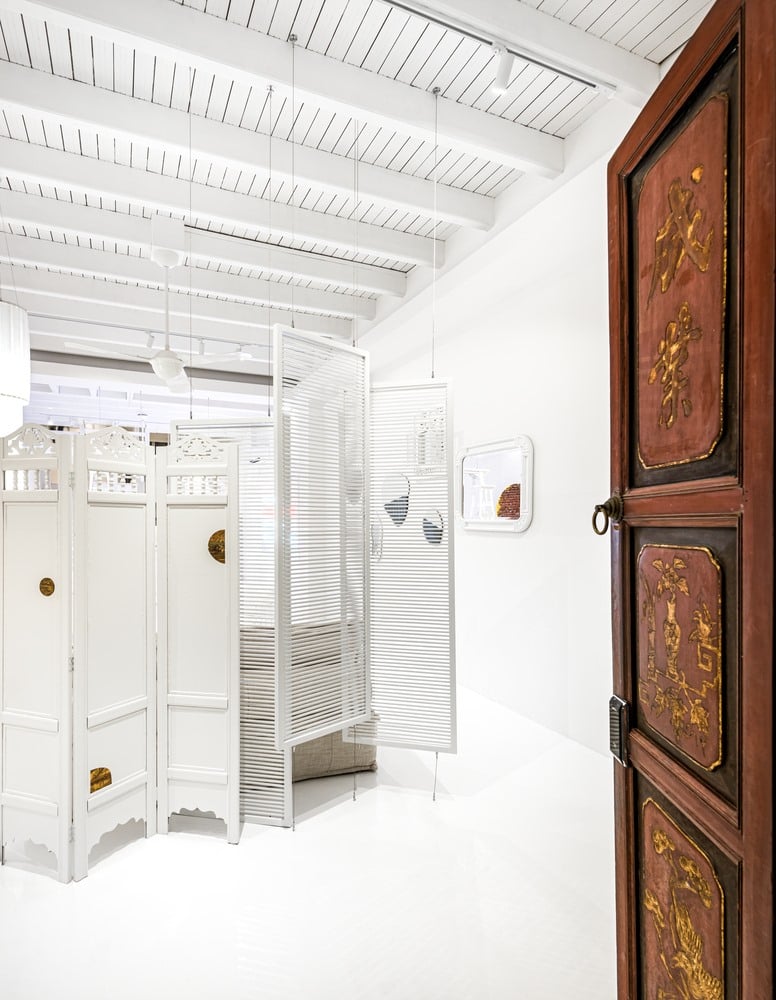 The motifs of tradition and the past don’t just stop at the design of the house.

Even in the kitchen, plates reveal antique Chinese porcelain designs beneath the white. 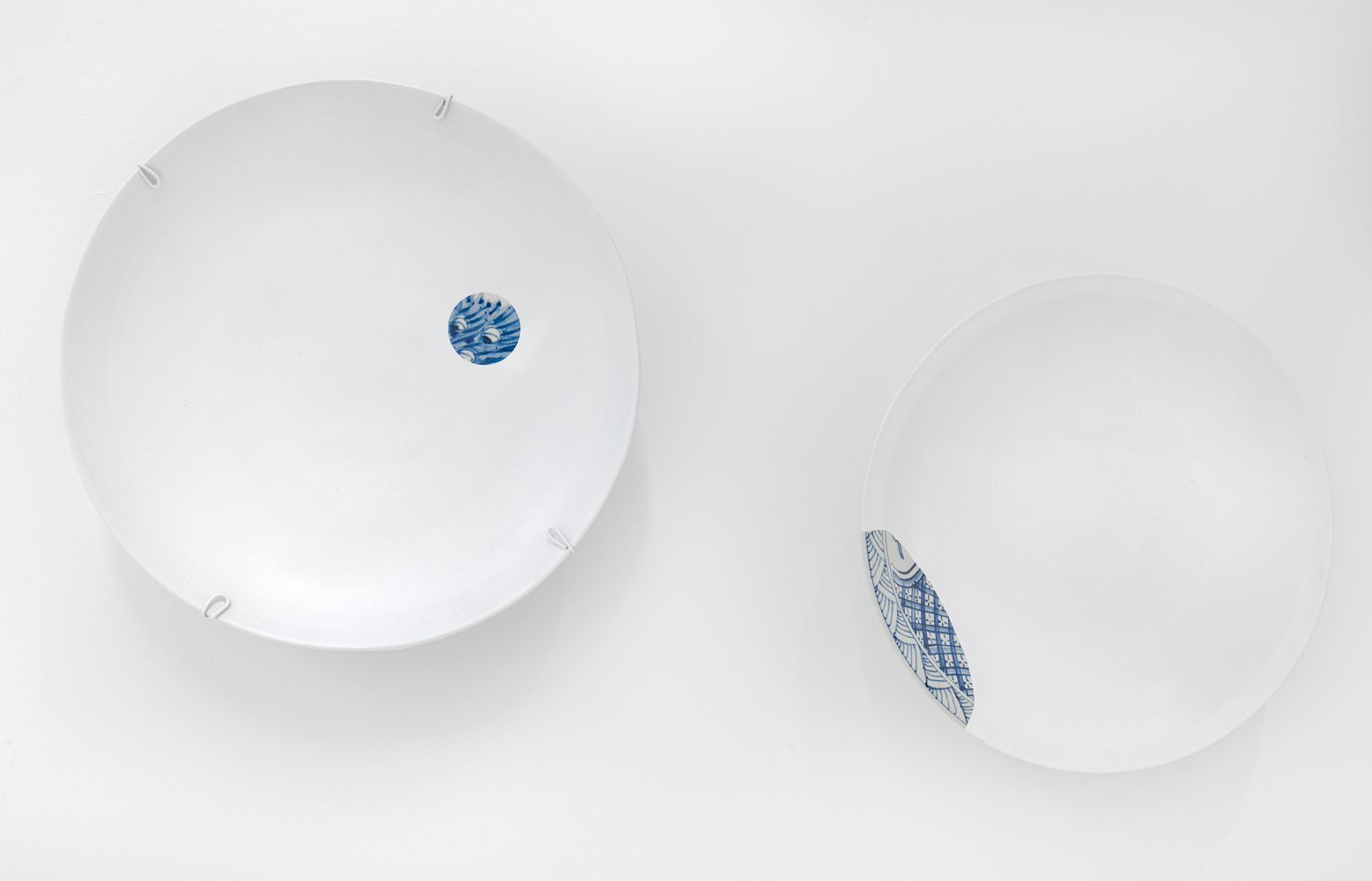 Just eating your meal on these unique plates will carry the nostalgia of the past with it.

A house with character for the future

It goes without saying that this white house makes a bold statement. 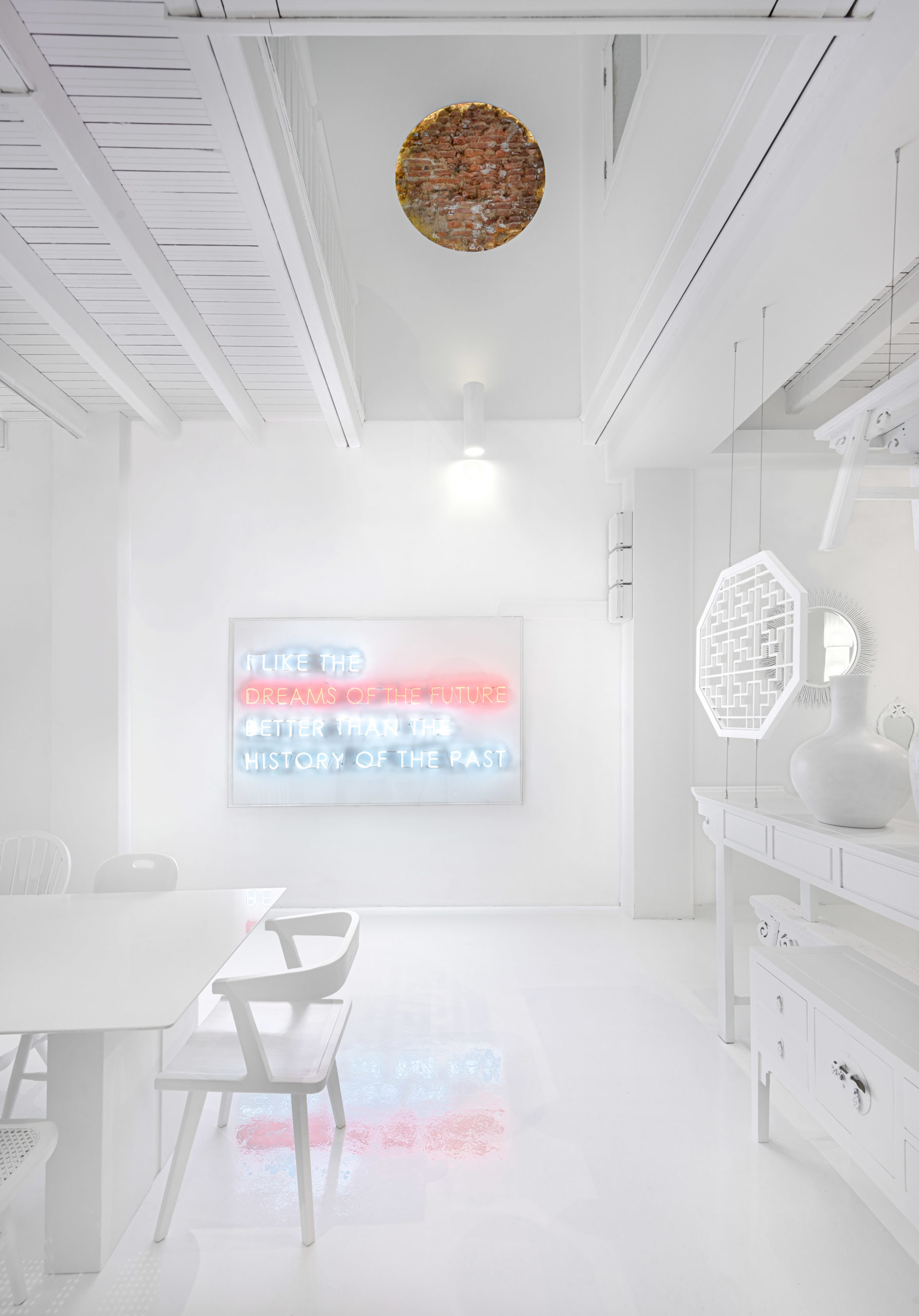 In the common area, a neon sign on the wall reads,

Perhaps summarising the architectural masterpiece, the saying seems emblematic of how the clean white design will be ‘disrupted’ as tenants move in and live out their everyday lives. A homage to the past, but with character for the future.

We may have seen many amazing house designs before, but nothing quite like this.

An entire apartment, draped in white, has something terrifyingly beautiful about it.

This co-living space is up and running but it does not come cheap. Rentals start from $3,300 a month. A unique experience in a one-of-a-kind space, however, could be something worth paying for.

Would you like to stay in this all-white house? Let us know in the comments down below.