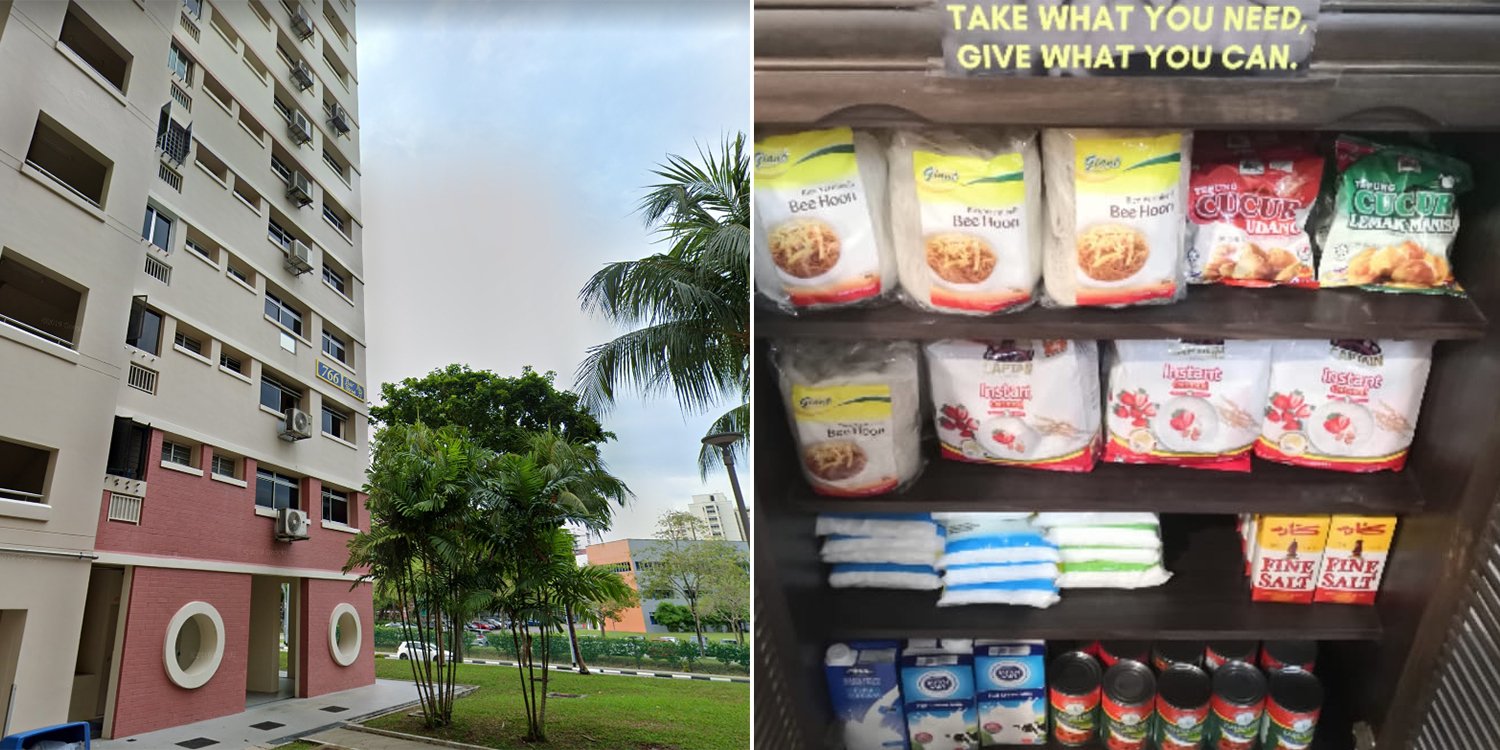 While many of us do not have to worry about our finances, there are those who struggle to make ends meet, especially in light of the pandemic.

As such, community initiatives such as TheJumaatInitiatives seek to help ease their burdens.

One of these initiatives is named Suspended Groceries. 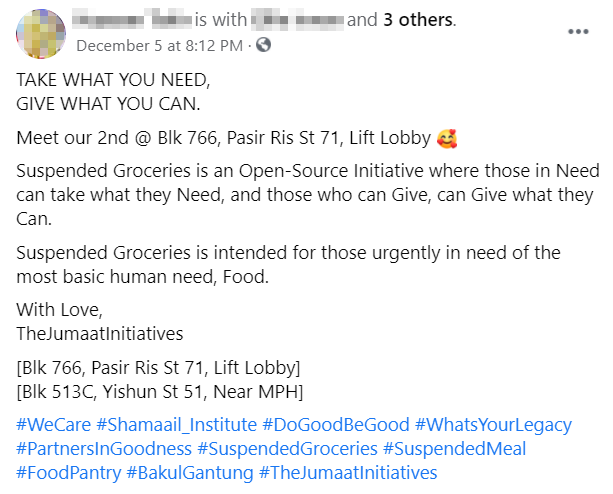 Pasir Ris food grocery shelves for those in need

The idea behind Suspended Groceries is that residents can leave food for those in need.

They emphasise that people using the shelves only take what they need, and give what they can.

Now, volunteers have set up a grocery shelf in the lift landing of Block 766 Pasir Ris St 71 on Friday (4 Dec). 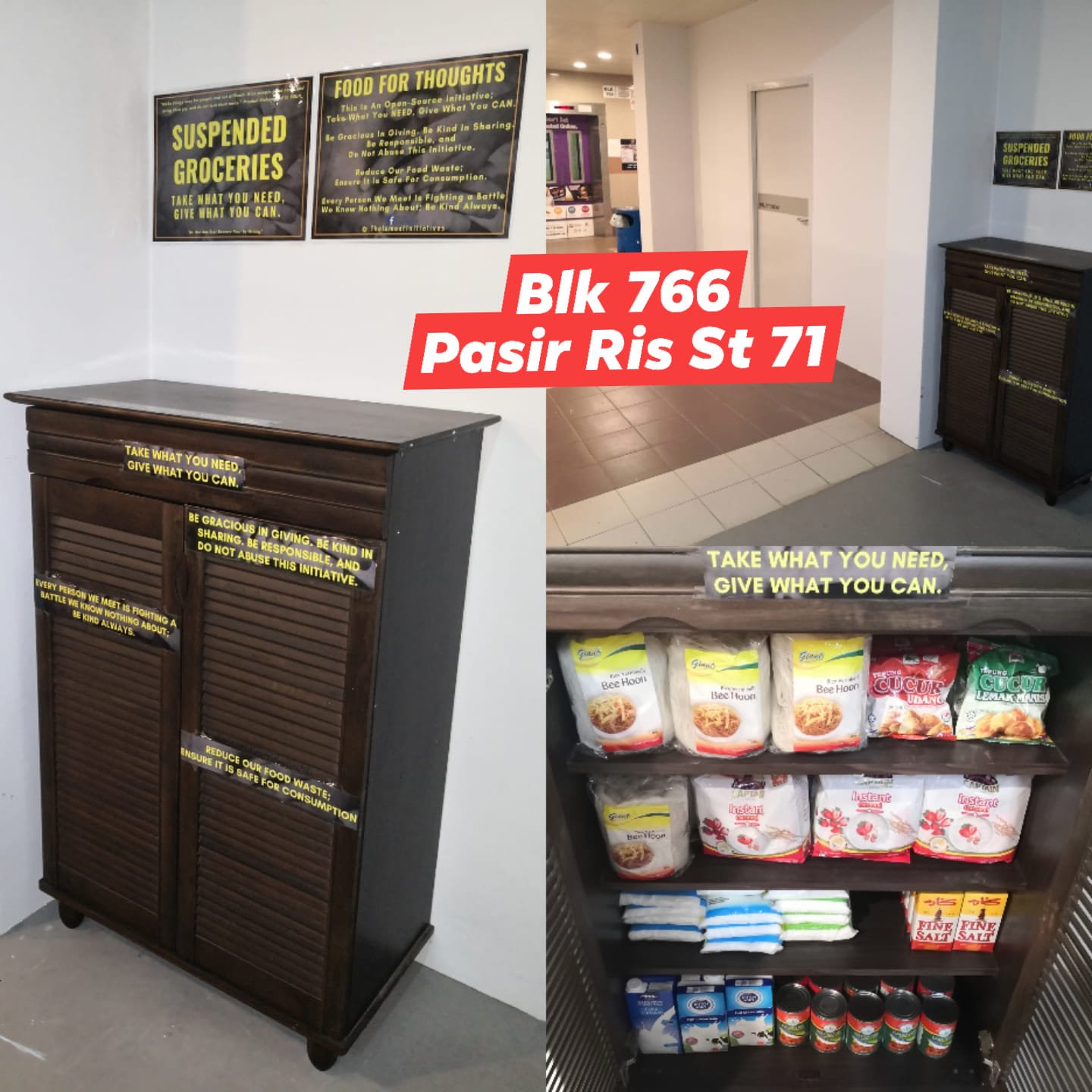 Take only what you need

While it’s awesome to see such community initiatives, there’s always the possibility of abuse.

Sadly, this is exactly what’s been observed in the 2 months in Yishun. 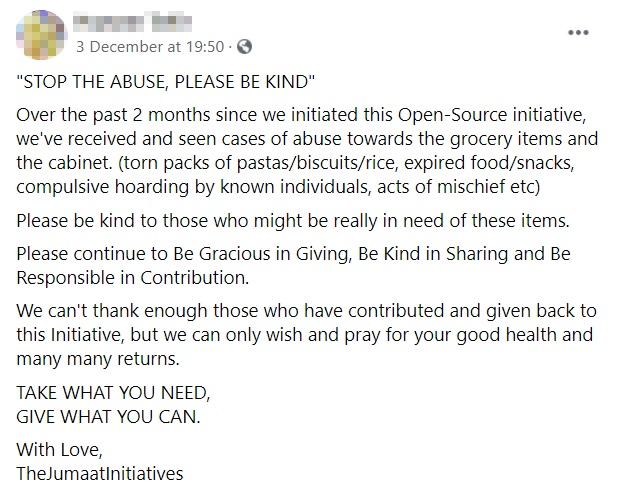 Mr Hazwan shared that there’ve been: 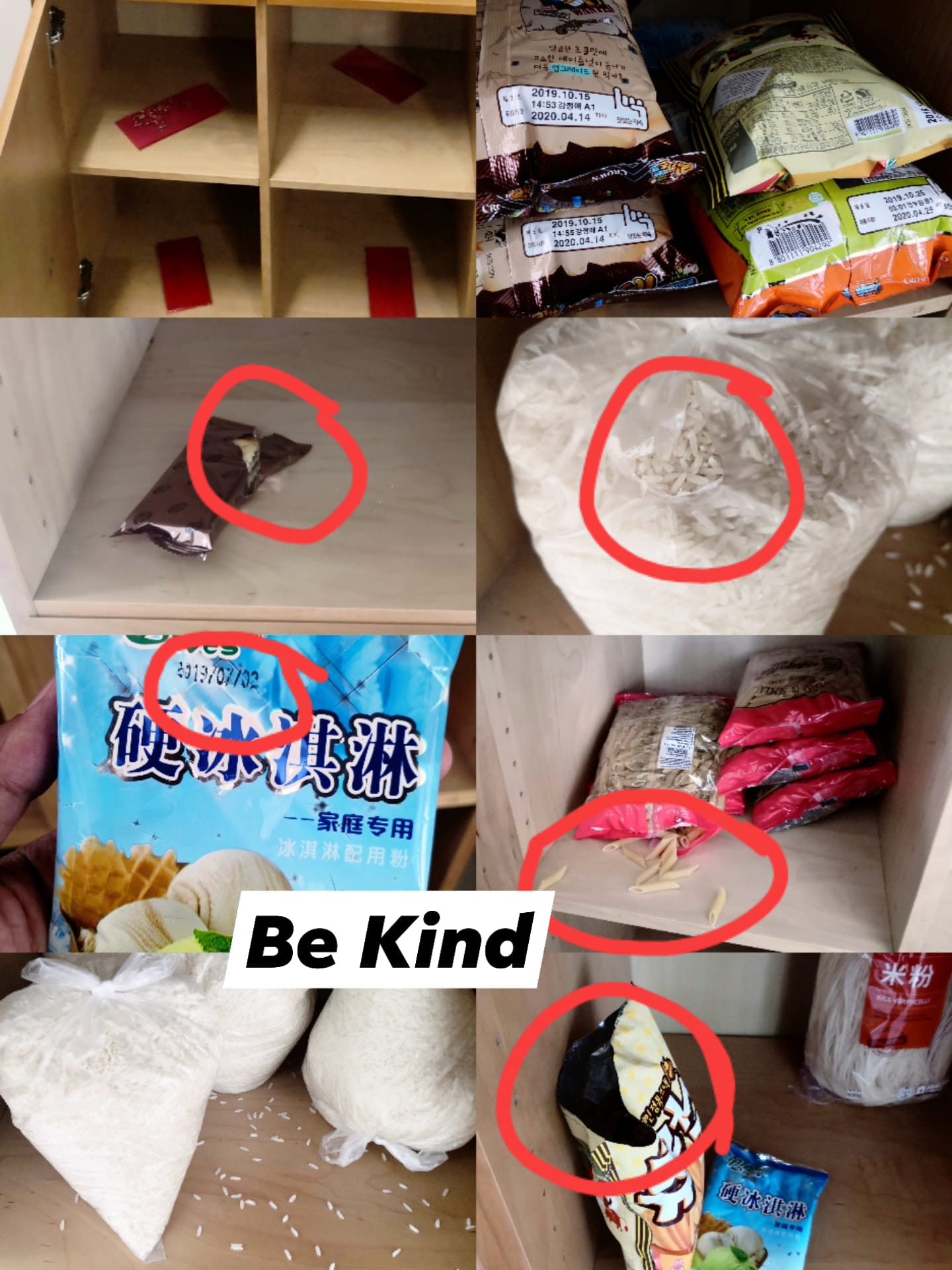 He urged kindness towards those who might really need the food, as well as responsibility.

For example, not putting in expired food, as they’ll be unsuitable for consumption.

Helping our neighbours get by

Those who are interested in contributing, be it through setting up one of their own grocery shelves in their neighbourhood or something else, can contact Mr Hazwan at TheJumaatInitiatives on Facebook.

For now, if you’d like to know where the new grocery shelves in Pasir Ris are, it’s at:

If you’re able to get by, you’re more than welcome to contribute, especially during this festive season — through the spirit of giving.