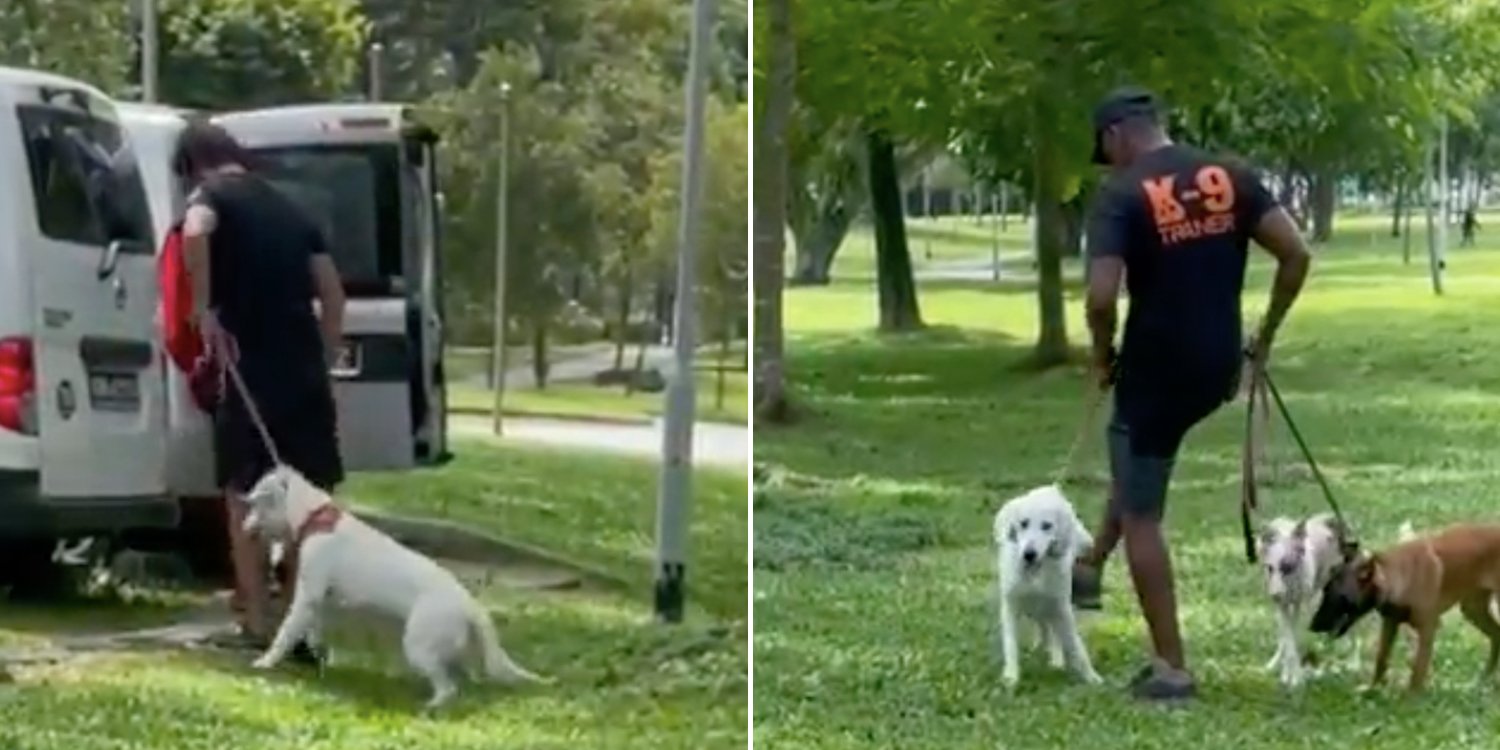 Trainers have numerous ways of disciplining dogs, but some have landed themselves in hot water when employing seemingly harsh training methods.

Recently, videos of several dog trainers went viral on Facebook as they were seen pulling the dogs in their care by their collars and using their legs to discipline some of the canines.

Many netizens have since expressed their concerns for the animals and called out the training centre for their actions.

According to the post, a netizen caught sight of several dog trainers, believed to be from K-9 Obedience Services, using aversive training methods on the dogs under their care.

Hence, she posted on Facebook to alert the owners.

The video comprised a few clips. In the first clip, a trainer was seen lifting a small dog by its leash repeatedly. Possibly in pain, the dog could be heard yelping.

In the second clip, another dog trainer was seen doing a similar action. As a white dog in his care seemed eager to go somewhere else, the trainer took its leash and pulled on it multiple times.

The trainer then used his leg to nudge the white dog in another clip.

The white dog was later handed to the trainer seen in the first clip while the second trainer brought the other dogs to the van.

Unfortunately, for the white dog, it received the same ‘pulling’ treatment. The trainer repeatedly lifted it using the leash while trying to get it to sit down.

Before the video ended, the white dog was allegedly dragged as the trainer tried to pull it up.

The video ended with the white dog being choked yet again.

After watching the clips, many netizens have since voiced their unhappiness with the dog trainers.

The general consensus was that the trainers’ behaviours were unacceptable.

Many also admonished the trainers’ methods, saying that the clips were tough to watch. 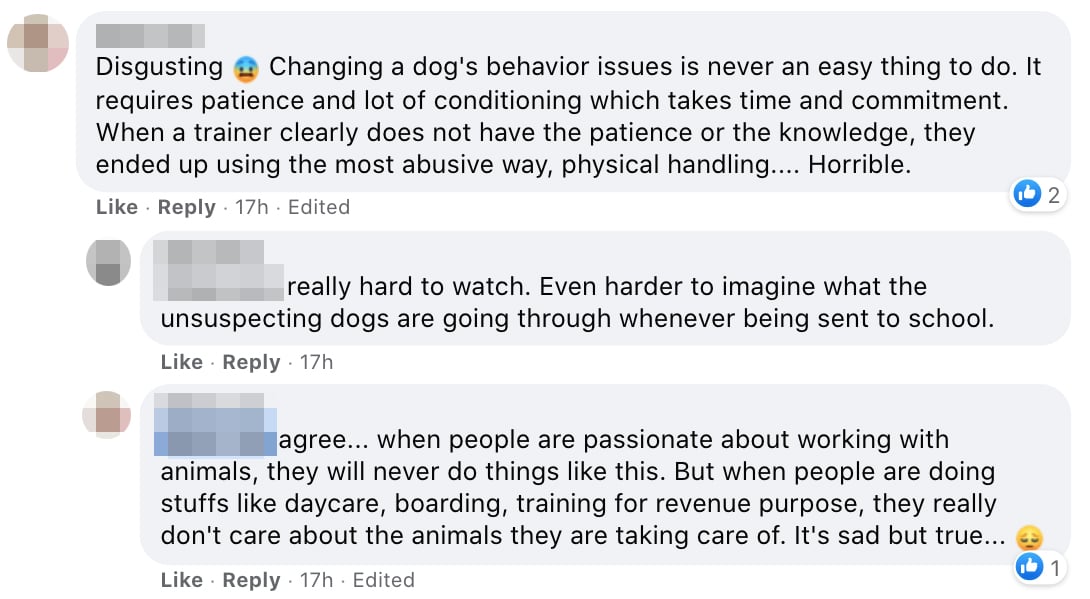 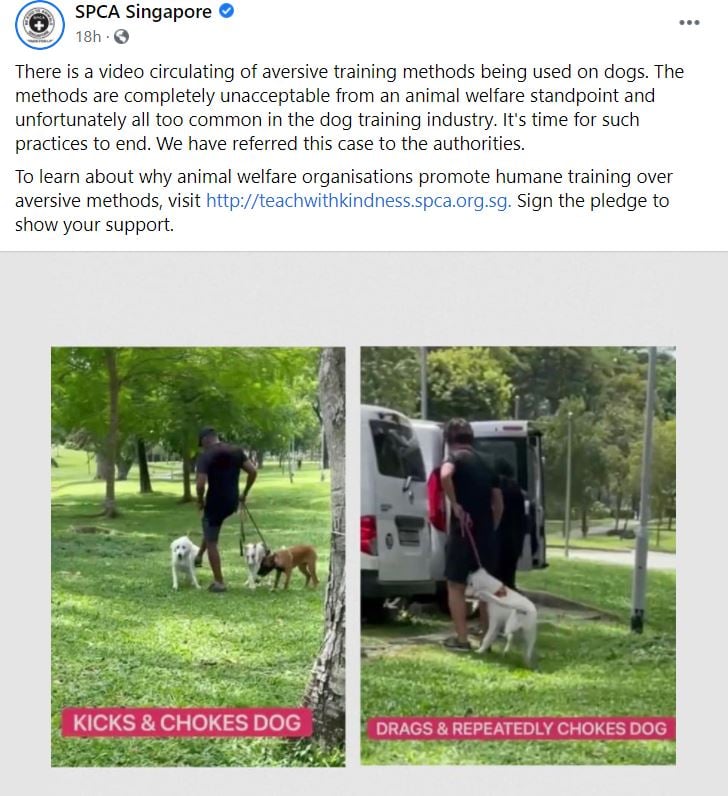 MS News has reached out to K-9 Obedience Services for comment and will update the article when they get back.

Handle all pets with patience & compassion

When pet owners place dogs in the care of trainers, they expect their pets to be treated with respect and compassion.

Hence, we believe that the actions captured in the videos should not be condoned, as they risk harming the dogs’ well-being.

While training pets requires a lot of time and effort, the tactics employed should align with animal welfare.