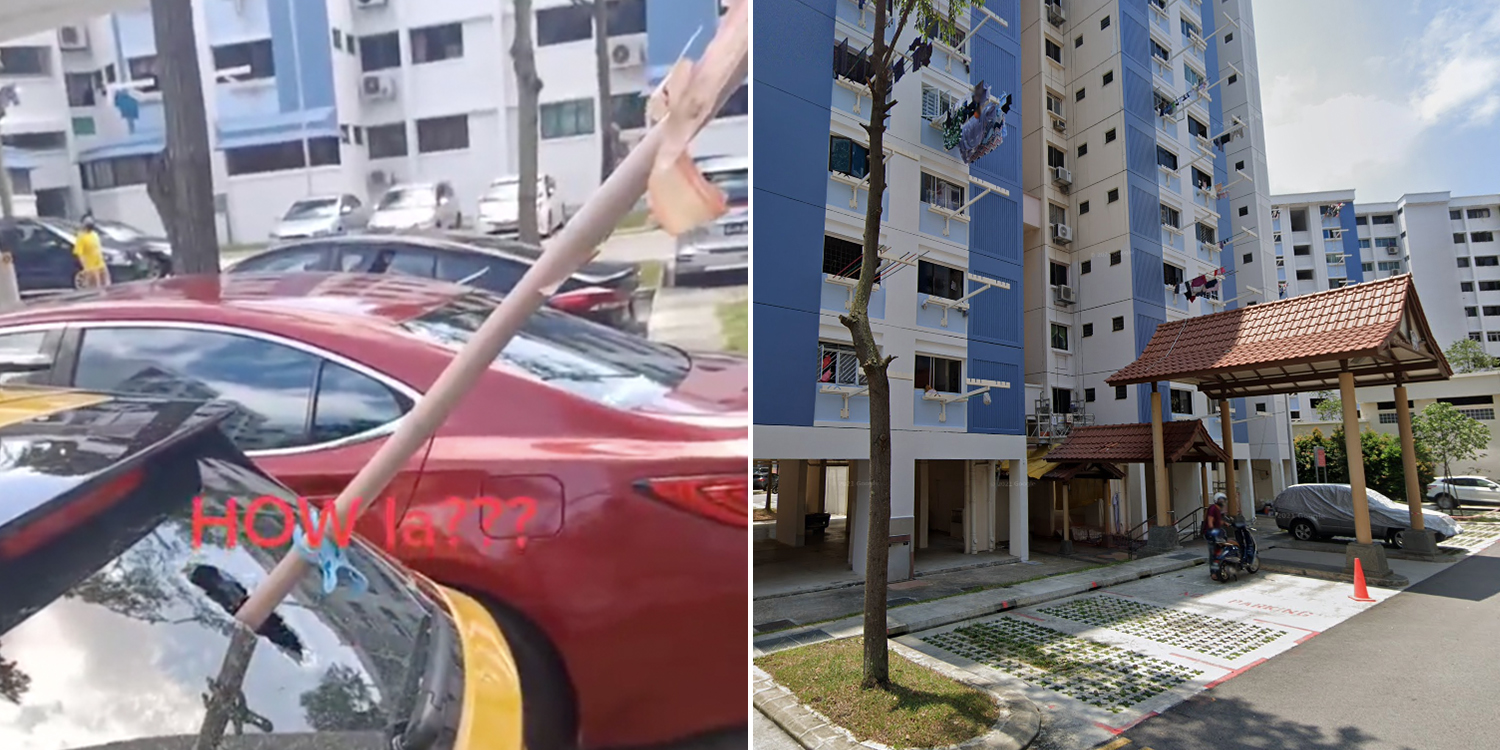 The police had to search from house to house for the owner of the pole.

When placing our laundry poles outside our windows, it is important to place them securely to prevent them from dropping down.

Recently, a video of a bamboo pole that impaled a car in a Bukit Batok carpark was circulating on Facebook.

In the video posted by Singapore Incidents, a pole was sticking out of the car’s rear window. 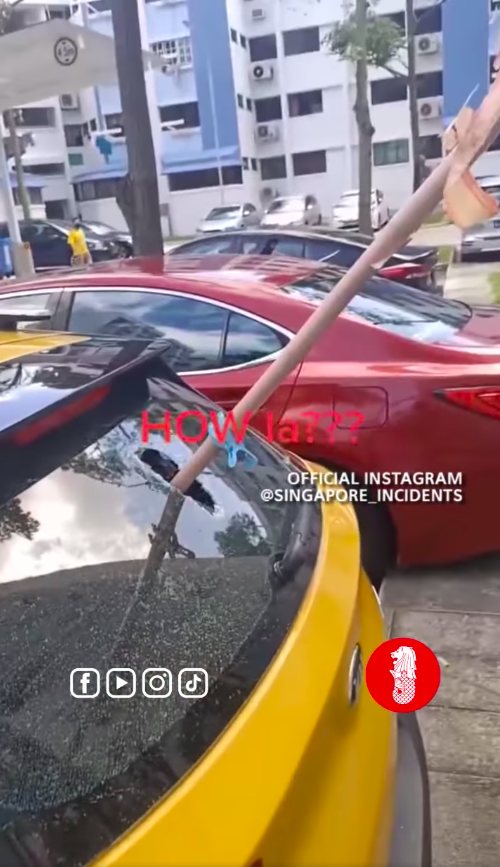 Shin Min Daily News reported that the pole dropped from the 9th floor. Since a clothes peg was still attached to the pole, they managed to find the owner, who also got a shock.

The parties involved later agreed to resolve the issue privately.

On Wednesday (22 Dec), at around 8.45 am, a bamboo pole impaled the rear window of a yellow Kia parked at Block 247 Bukit Batok Avenue 5.

The freak accident resulted in a palm-shaped hole at the back of the car’s window. A blue peg was still attached to the pole. A 50-year-old resident told a Shin Min Daily News reporter that she heard a loud noise while having breakfast.

Upon rushing to look out the window, she noticed that a bamboo pole had impaled the back of the Kia.

As she stood by the window to inspect the scene for quite some time, she deduced that there was no one in the car. The owner of the car also did not arrive at the scene.

When the resident left at 9am, the Kia was still impaled by the bamboo pole, but the owner was nowhere in sight.

Another resident also heard her neighbour mention the incident. However, she only saw a lady taking photos of the scene in the evening.

According to a police report, the driver noticed the accident at 6.40pm and called the authorities.

After searching house-to-house with the police, the lady managed to find the owner of the pole.

The owner who wished to remain anonymous was certain that he had placed the pole securely to dry the clothes.

Thus, he believed the accident was due to a large gust of wind. He has since apologised to the car owner and settled the matter privately.

While this was a rather scary incident, we’re glad no one was hurt.

Thankfully, both the driver and the owner of the bamboo pole were able to resolve things amicably.

Perhaps this should remind everyone to secure their poles properly to prevent such accidents from occurring.