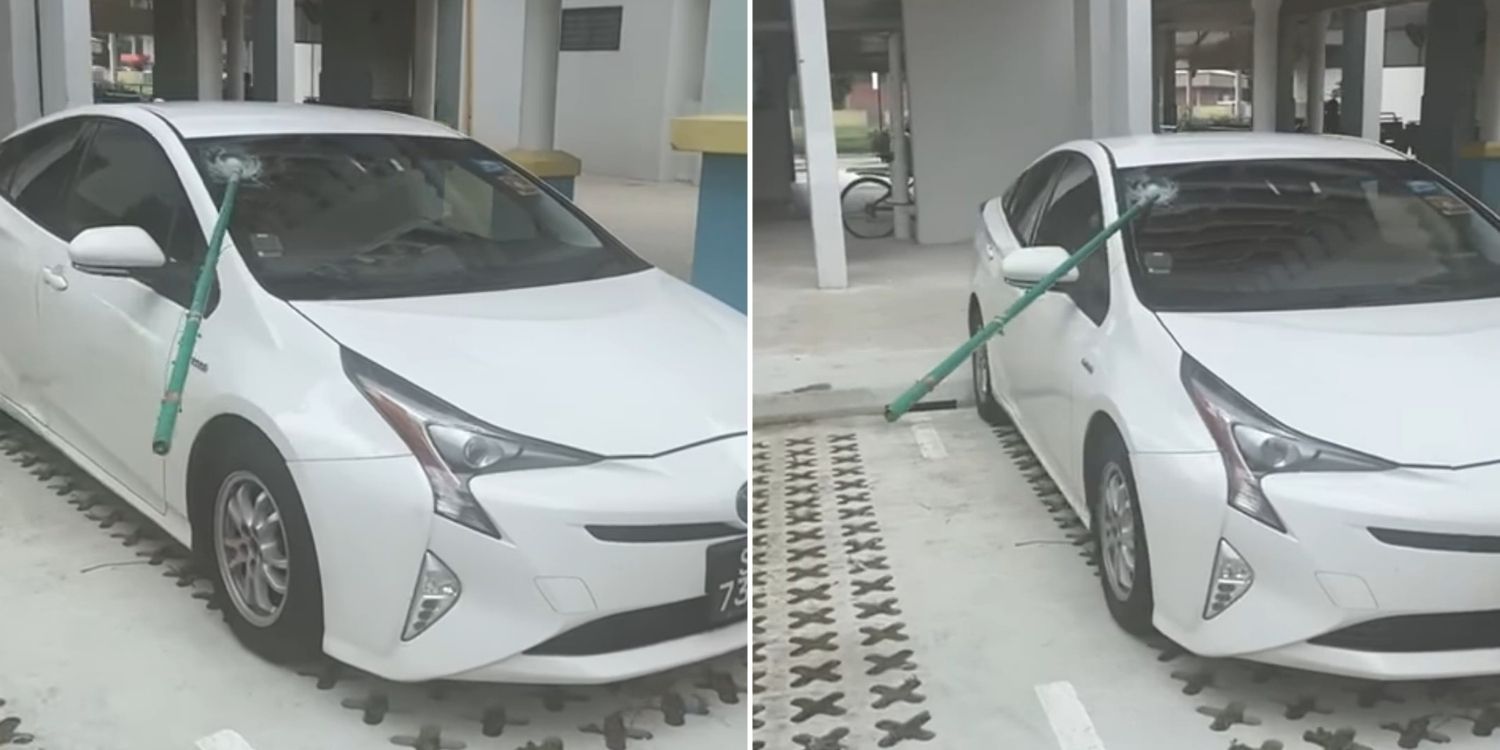 We hope nobody was injured.

“Killer litter” is a term that describes articles or things thrown from high-rise buildings that may cause death. These can come in any form — bottles, potted plants, and as you’re about to see, bamboo poles.

On Wednesday (7 July), a video was shared on Facebook showing a bamboo pole seemingly impaled into the windscreen of a car allegedly parked in Boon Keng. 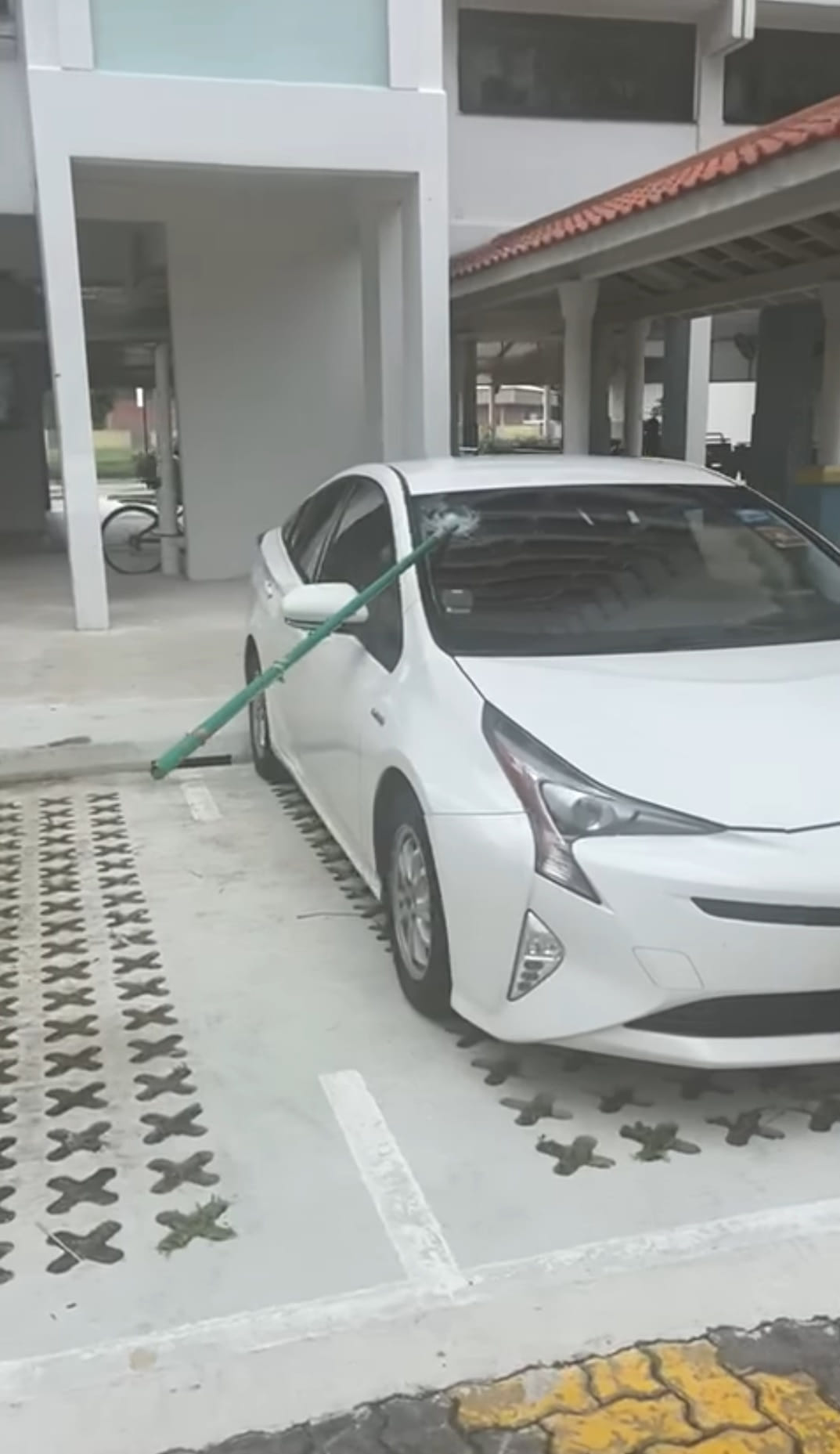 The bamboo pole can be seen lodged into the driver’s side of the windscreen, which somehow remained intact.

Bamboo pole lodged in driver’s side of windscreen

The video, which was originally shared in the Complaint Singapore Facebook group, shows a green bamboo pole impaled into the windscreen of a car. 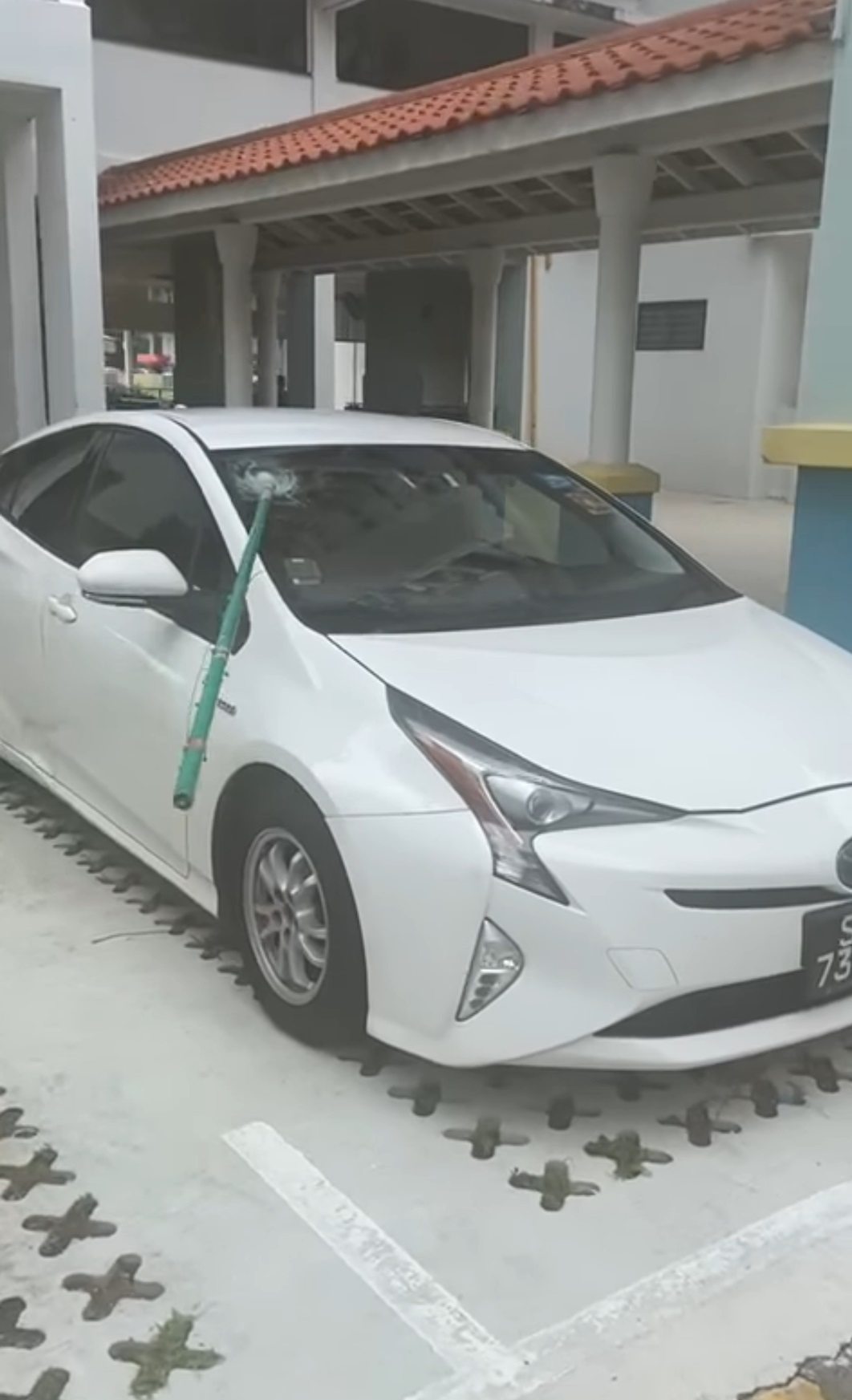 Parked in a reversed position, the orientation of the car makes the incident more puzzling as it is positioned further away from the drying areas of the HDB flats. 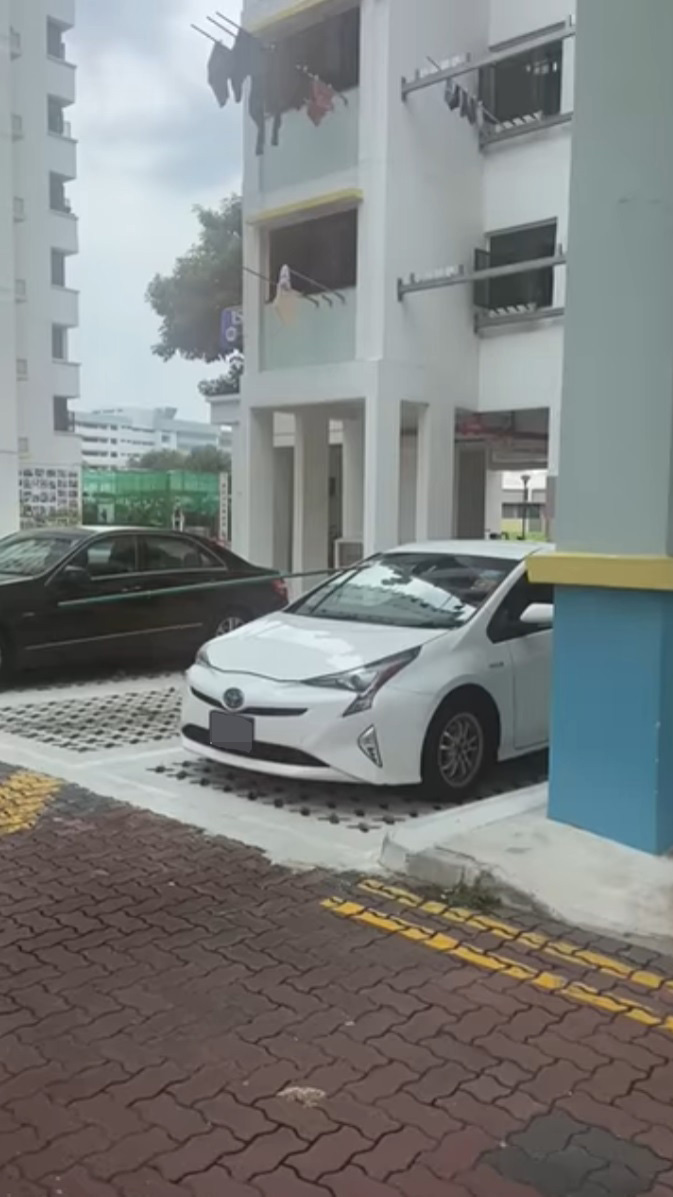 MS News has reached out to the police for more information and will update this article when they get back.

Though highly unlikely to happen, netizens pointed out that this is an example of the devastating damage killer litter can cause.

Another user proposed a redesign of the drying areas as incidents like these may potentially result in a more fatal outcome.

Indeed, that’s what has been happening in various HDB flats as part of the Home Improvement Programme (HIP).

Reminder of the damages that killer litter can cause

We hope nobody was injured as a result of the incident.

Meanwhile, our commiserations go out to the car owner for the damages sustained and wish them luck in securing compensation.

We hope this serves as a reminder of the devastating damages that killer litter can cause and hope residents will refrain from throwing objects from height.