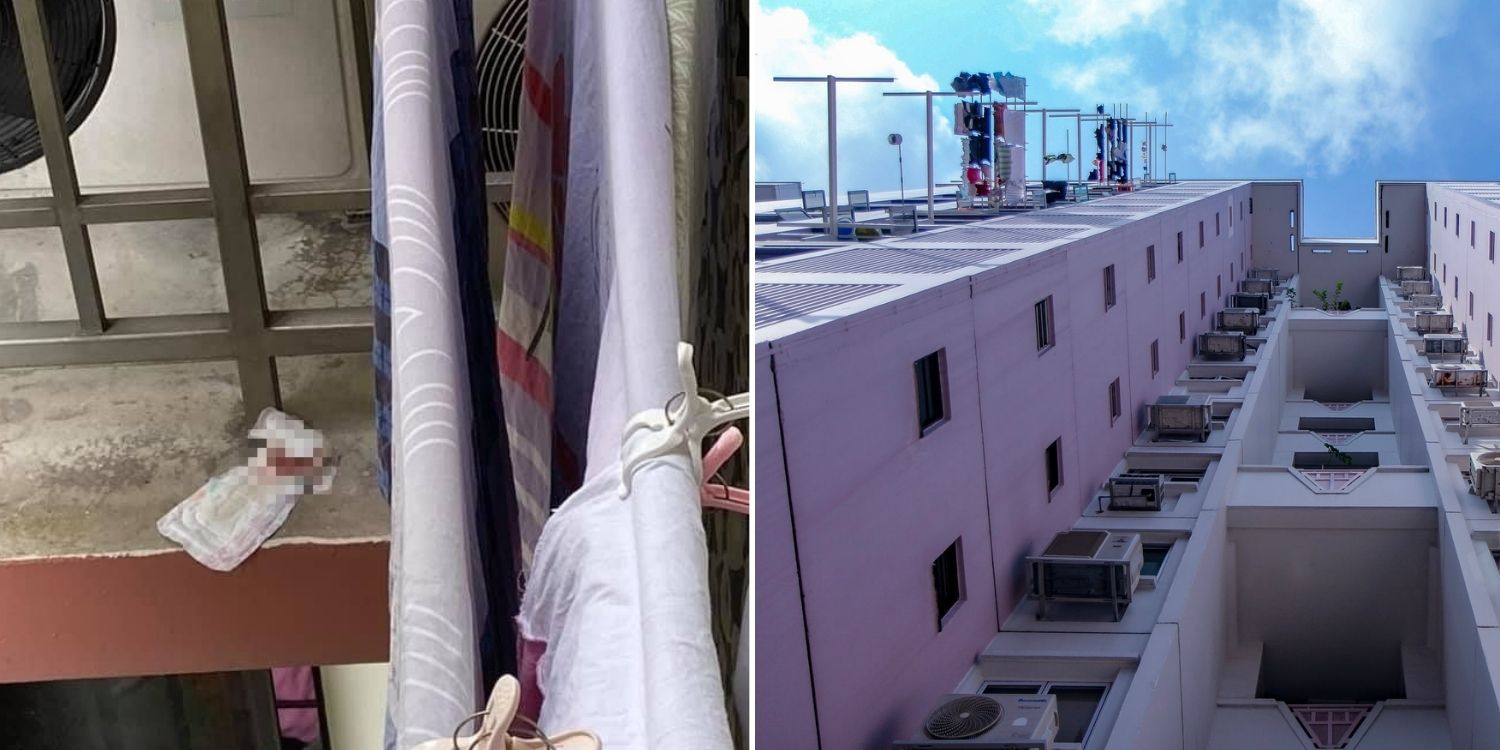 Netizens were outraged and disgusted.

High-rise living is 2nd nature to Singaporeans, as majority of us live in HDB flats or condos.

Despite the ubiquity of flats here, it seems some people just haven’t learnt how to live harmoniously with their fellow high-rise residents.

One cardinal rule of living in a flat is: Don’t throw stuff down from your unit.

Unfortunately for one HDB resident, her neighbour hasn’t been following this advice, as she’s been finding sanitary pads on her window ledge, near her hanging laundry. 2nd time in a day

She inferred that the culprit had thrown the sanitary pads out of their kitchen window.

More disgustingly, the pads were obviously soiled, from the dark markings seen on them. What makes it doubly disgusting is that it landed near her laundry, which brings up all kinds of questions of hygiene, especially as we’re amid a Covid-19 pandemic.

Imagine if the pads had actually landed on top of her laundry.

Netizens were outraged and disgusted by her experience, and some told of similar ones that happened to them.

She was also advised to ask the Town Council to install a camera that monitors killer litter in the opposite block to catch the culprit.

If she’s fined, it’ll put a severe dent in her sanitary pad fund.

The OP was also advised to contact the National Environment Agency (NEA), and in response she said she’s texted her Member of Parliament, and sent him the lurid photos.

Hopefully, her MP isn’t having lunch when he sees the photos.

While it’s unclear which estate this has happened in, incidents of high-rise sanitary pad littering have been reported in Yishun and Tampines.

People may think that sanitary pads are light and harmless, but soiled ones may spread disease to the unfortunate person or people who encounter them.

If we want to considered a first-world country, we really need to have more consideration for our fellow citizens and stop such killer litter.