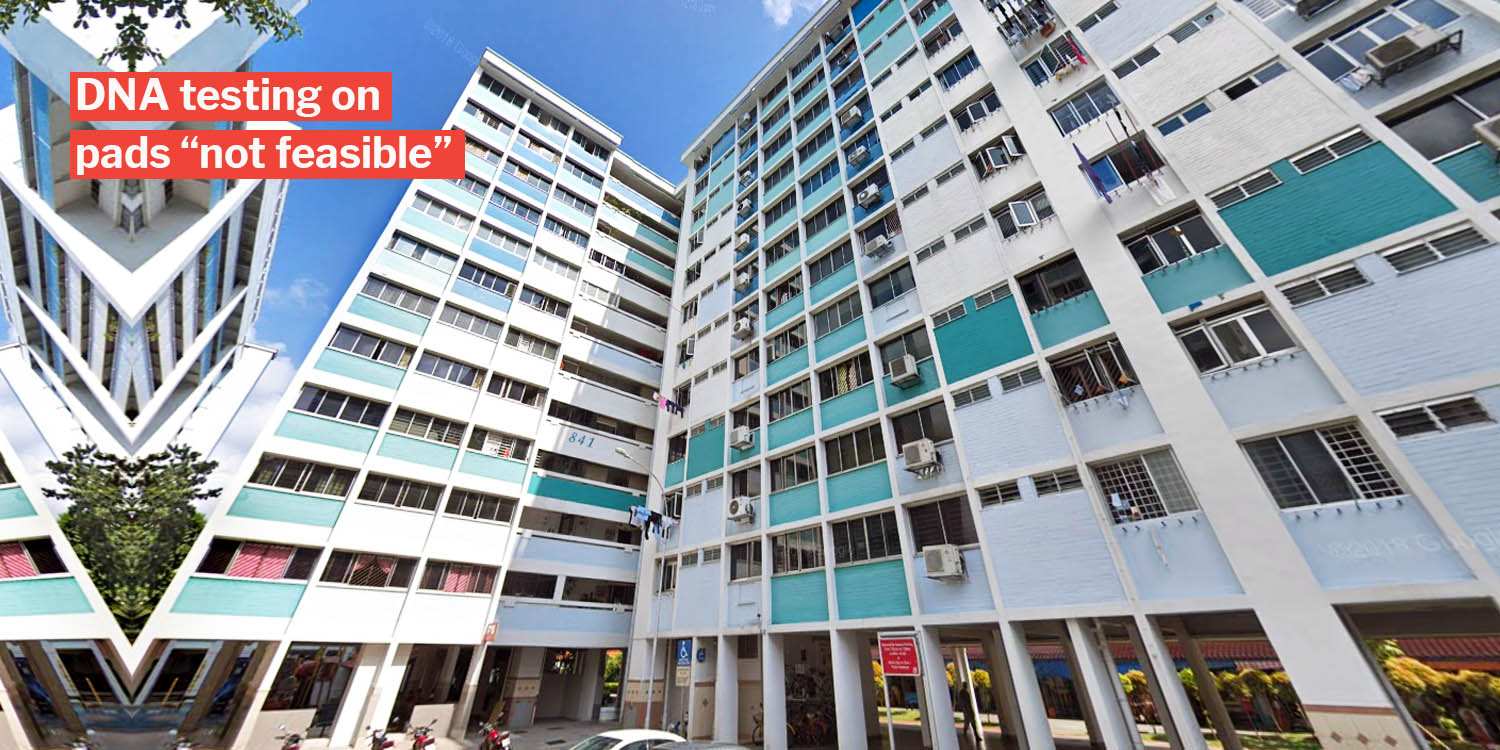 Out of all residential issues she’s had to deal with over the years, socially inconsiderate people at Block 841 Yishun Street 81 has been giving her much grief.

Over what, you ask? A womanly problem that comes in the form of soiled sanitary pads.

TODAY Online reports that the unsightly and unhygienic problem of used sanitary pads thrown from the block have plagued the neighbourhood for years. But even with repeated stakeouts by National Environment Agency (NEA) investigators, the culprit remains uncaught.

If this continues, Ms Lee fears that the problem “will disappear only when the litterbug (reaches) menopause.”

Ms Lee’s concerns over the rogue sanitary pad user were among numerous high-rise littering issues that were raised in Parliament on Tuesday (3 Sep). 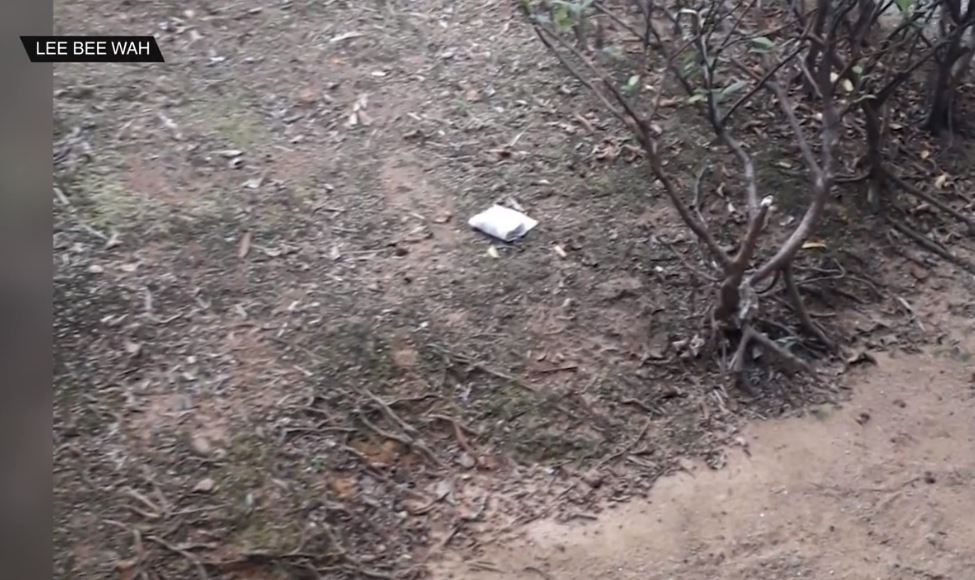 According to TODAY Online, NEA had installed CCTVs at the MPC@Khatib, a sheltered multipurpose court near Block 841.

But she laments that enforcement actions “were not proactive”. She was reported as saying,

If you had the ambition to catch the culprit, you will be able to catch (her). Otherwise, looks like this problem will disappear only when (she reaches) menopause.

Ms Lee served this honest feedback to Dr Amy Khor, who is Senior Minister of State for the Environment & Water Resources.

Ms Lee also noted that the CCTVs were installed for a while, and removed every 5 days. 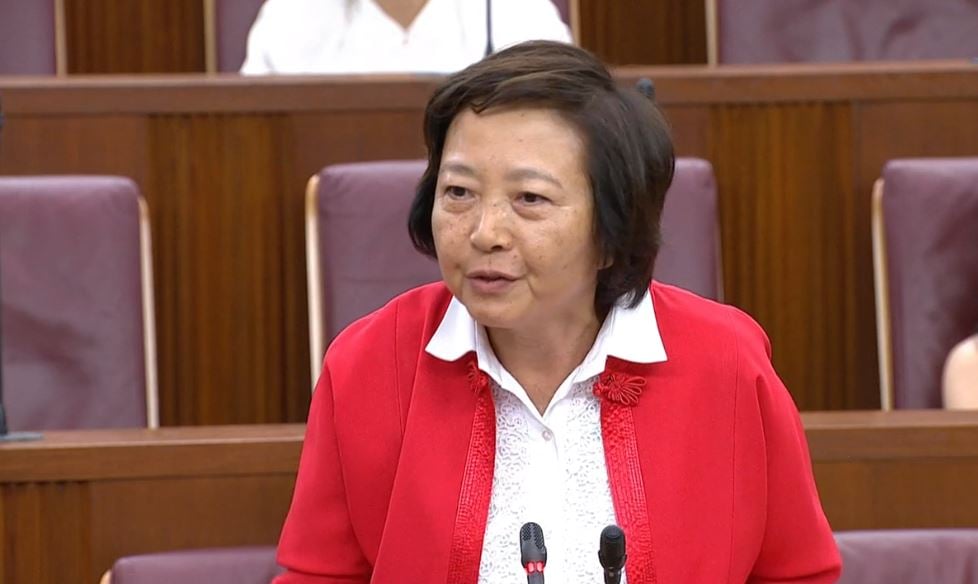 She asked if this 5-day cycle was the case, “who has menstruation in 5-day cycles”?

Effective enforcement depends on given info

In response to the Nee Soon South MP’s pressing concerns, Dr Khor said NEA’s effectiveness in tapping the CCTVs depends on information given by residents.

Referring specifically to the sanitary pad issue raised by the Nee Soon South MP, she responded,

The information given to us was just a picture of a sanitary pad with no other (details) about where it is likely to come from.

Dr Khor stressed that they must prioritise encouraging socially responsible behaviour and civic-mindedness, rather than catching as many litterbugs as possible.

As to why DNA testing isn’t a feasible method to resolve the issue, Dr Khor pointed out that the litter wouldn’t contain the culprit’s DNA alone. 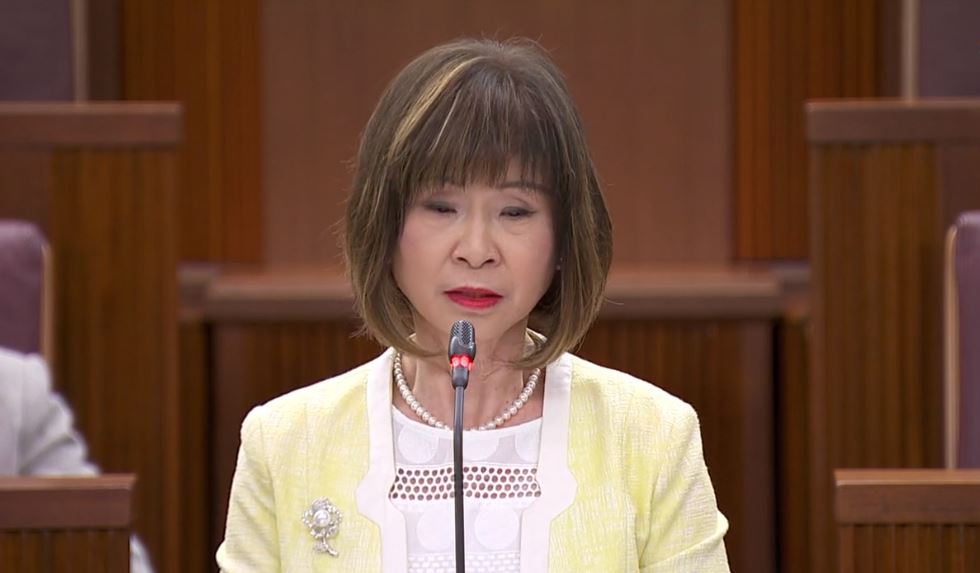 This is coupled with the fact that DNA evidence is inadequate because “it only ascertains the user of the napkin, but not the perpetrator of littering.”

The ministry would need actual footage of the culprit in action.

You can read the full coverage of Ms Lee and Dr Khor’s live exchange in Parliament here, or watch the video below.

High-rise incidents, especially ones that involve littering, are under intense scrutiny. This comes after an elderly man was reportedly killed by a falling glass bottle last month.

While we understand Yishun residents and Ms Lee’s frustration, we too have to take in account NEA’s side of the story and the resources they have to resolve the issue.

Although Ms Lee mentioned separately that she’s unconvinced by NEA’s rationale on why DNA testing was not feasible, perhaps she may consider following the footsteps of Marine Parade GRC MP Tin Pei Ling as the last resort?

After all, if you want things done, the best way is to take matters into your own hands — within legal means, of course.