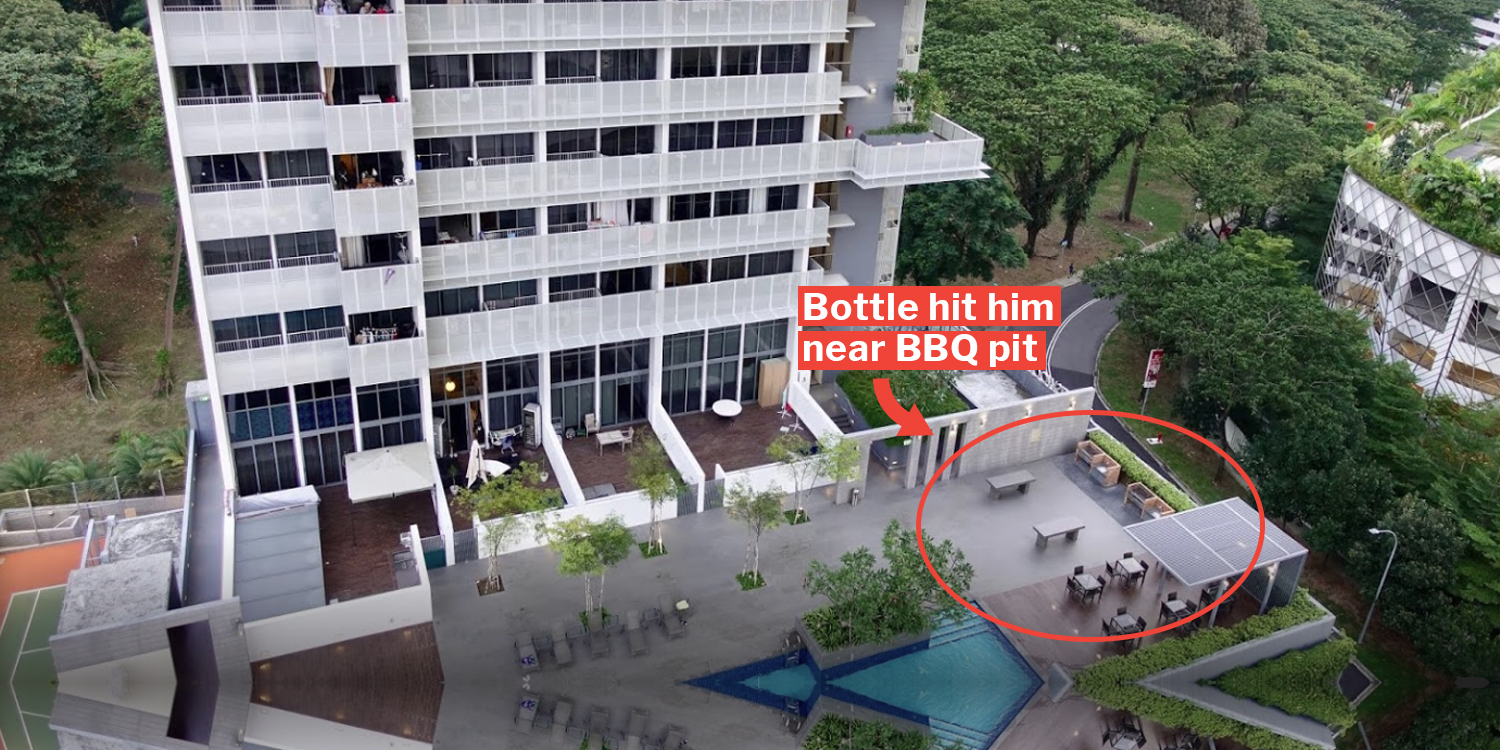 What was to be a merry housewarming party on Sunday (18 Aug) night turned out to be a nightmare for the family and relatives of 74-year-old Mr Nasiari Sunee.

The family had gathered at a condominium in Tanjong Pagar for a barbecue.

The barbecue pits are on the right
Source

According to the family’s accounts, Mr Nasiari had just taken a seat at the table near the barbecue pit to eat when they heard a loud thud. They spun around to see him lying on the ground, with blood gushing from his head.

Just then, there was a glass bottle on the table, which the family deduced had hit Mr Nasiari on his head.

The bottle, after ricocheting off his head, had also hit and bruised a relative’s shoulder.

Passed away the next morning

During the treatment, his heart stopped thrice. The family said they made the decision, that if his heart stopped a fourth time, they would tell the doctors to not try to resuscitate him. This is so his pain wouldn’t be prolonged.

The next morning, Sunday (19 Aug), Mr Nasiari’s blood pressure dropped sharply and he passed away at about 9am.

A picture of Mr Nasiari and his wife accompanied the short write-up.

The next day, he wrote another post. This time expressing his indignation at the person who threw the bottle down, whether on purpose or by accident.

While the police have begun investigating the matter, the culprit has not yet been caught.

High-rise littering is difficult to catch because it could have come from any level. And there aren’t cameras everywhere to capture the culprits.

For those who worry about their privacy, NEA promises that only authorised staff are allowed to access the recordings. And there always has to be an official reason for doing so.

You’re responsible for your trash

High-rise littering is a persistent and dangerous problem. Even a small object, if thrown from a height, can cause serious, sometimes fatal, injury.

We can do our part too by watching out for high-rise litterers and reporting them to the authorities.

MS News extends our condolences to Mr Nasiari and his family.