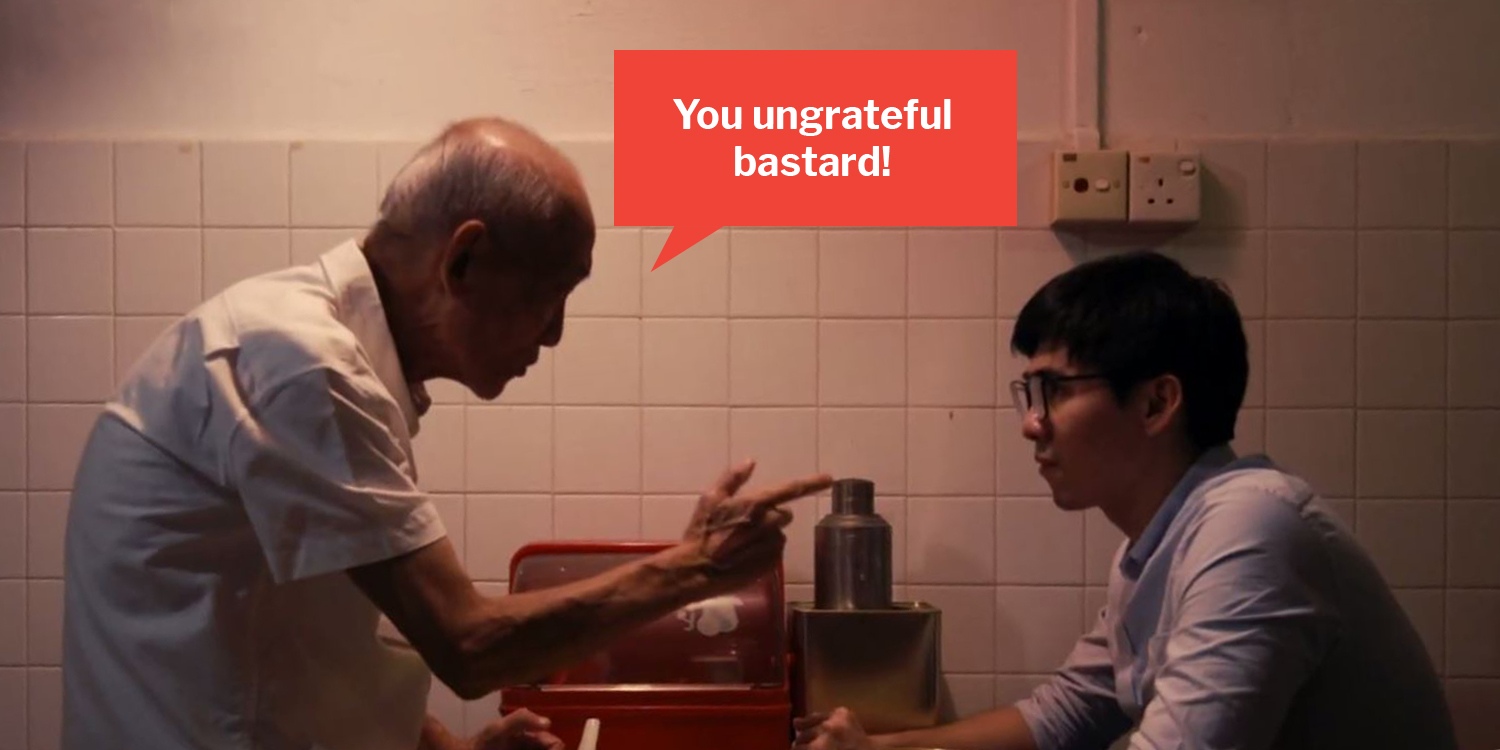 Singaporeans may be familiar with MP Lee Bee Wah’s ‘Ah Gong’ story, which drew a slew of comments over recent weeks.

The story goes that Ah Gong, a doting grandfather, provided his grandson Ah Seng with financial aids at every major chapter of his life.

But the ungrateful Ah Seng would ask why his Ah Gong didn’t do so more often, such as on a yearly basis.

The story of a doting grandfather and his grandson

The video starts off with Ah Seng as a young boy in primary school. 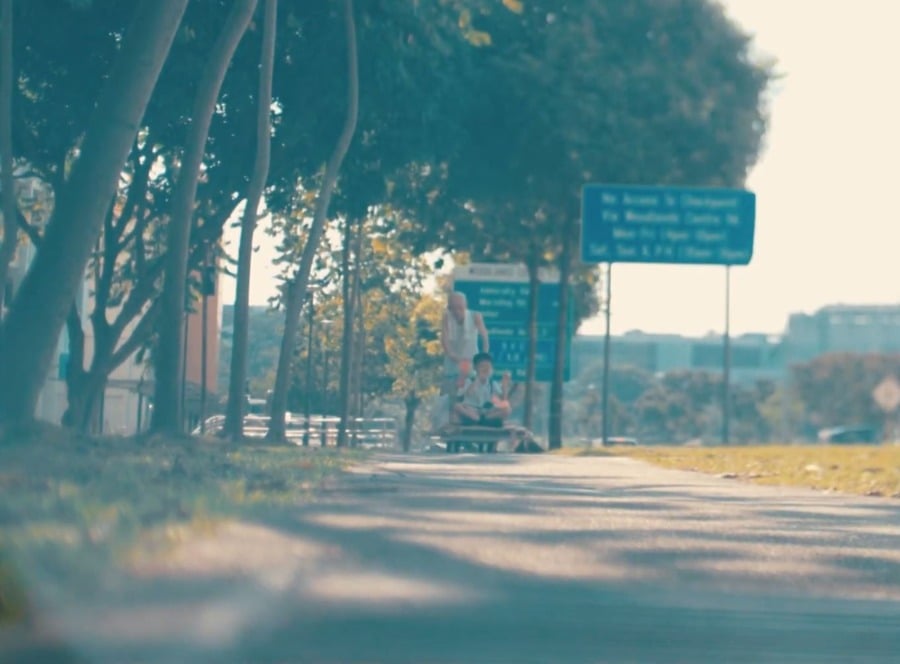 He is accompanied by his Grandfather, Ah Gong, who appears to be working an odd job.

Being the doting grandfather that he is, Ah Gong would always provide Ah Seng with the best he could afford, but spare little for himself. 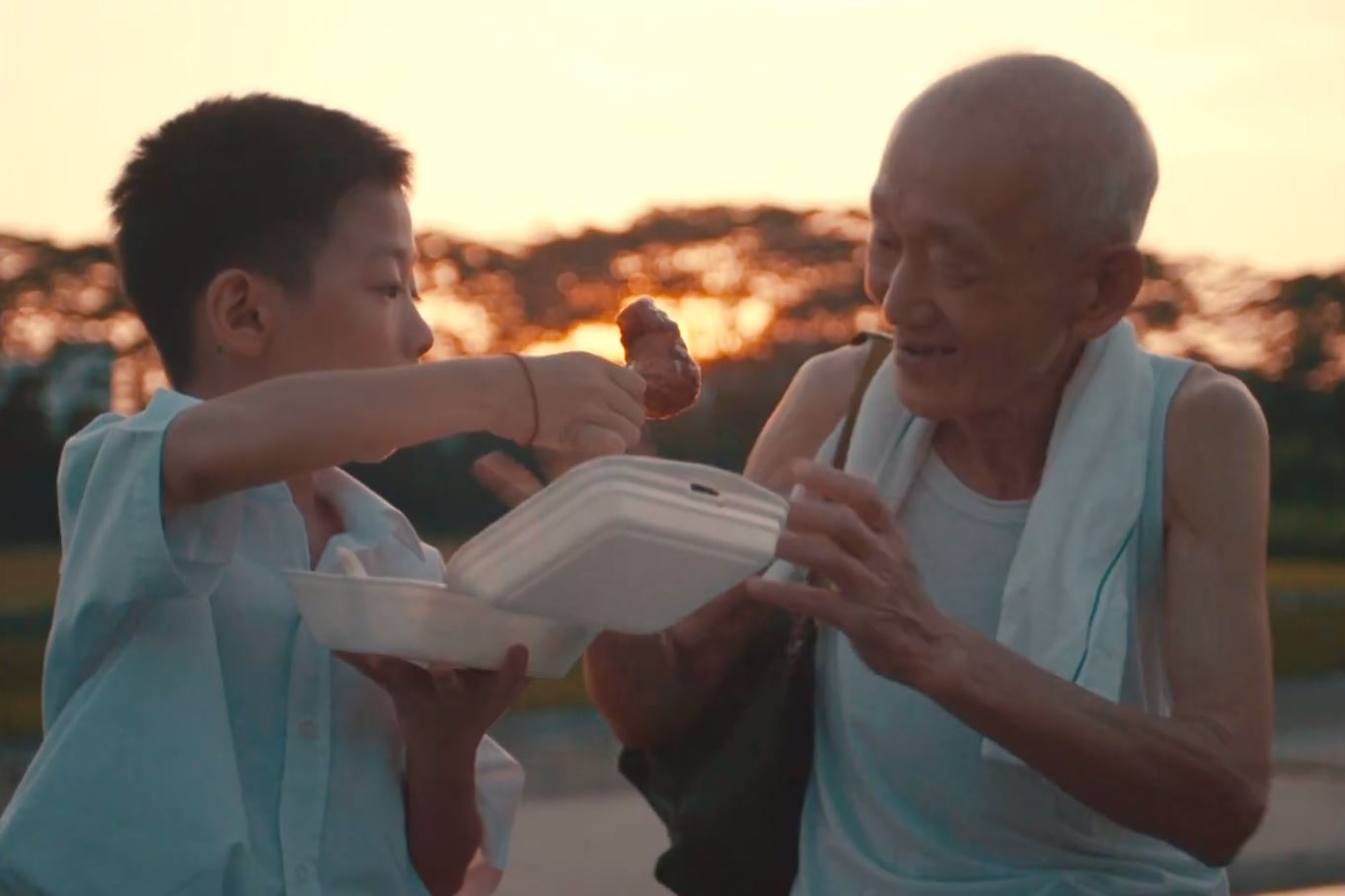 Ah Gong would mend a hole in his own shirt by hand, all so he could save and provide for Ah Seng. 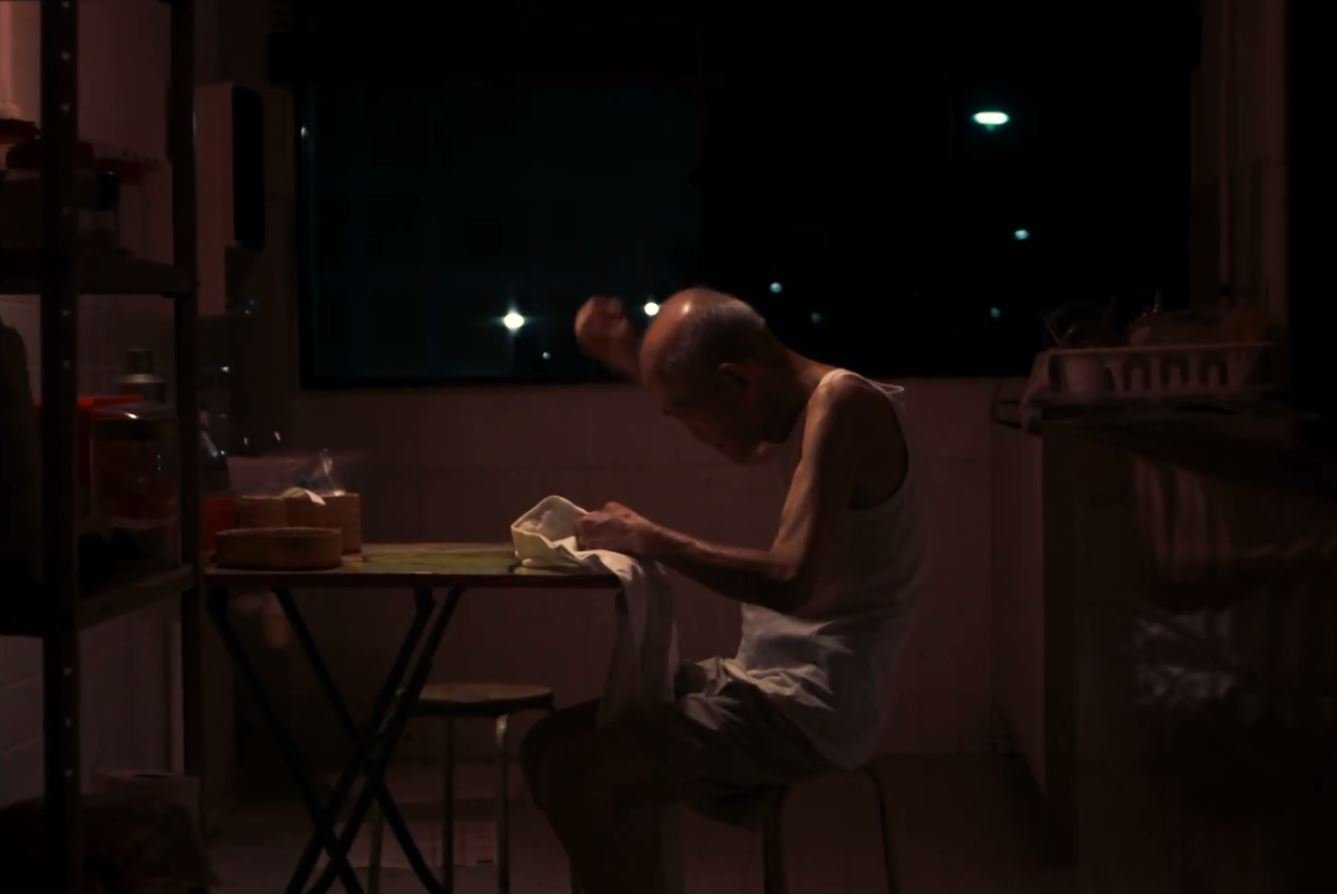 Every 3-5 years, Ah Gong would give Ah Seng a portion of his savings, in the form of an ang bao.

He did this when Ah Seng enrolled in university.

And the same when Ah Seng wanted to participate in an overseas immersion programme.

He continued doing so even when Ah Seng was getting married.

And finally, when Ah Seng wanted to start a business with a group of friends.

Why not give me ang bao every year?

Despite receiving generous ang baos at every major milestone of his life, Ah Seng was not contented.

While having dinner with Ah Gong one evening, Ah Seng asked,

Ah Gong was understandably heartbroken and livid upon hearing his ungrateful grandson’s demand.

He clutched his chest and wailed loudly in disappointment.

He slammed the dining table hard and scolded Ah Seng,

You ungrateful bastard! You prodigal son! You have such a good Ah Gong, and you don’t even know it!

Ah Gong then went on an emotional rant, telling Ah Seng how he had scrimped on numerous aspects of his life over the years just for him.

As the film draws to a close, Ah Gong leaves Ah Seng with a thought-provoking question.

Are other Ah Gongs as good as me?

The film ends off with a life lesson, courtesy of Ah Gong, which translates to “Don’t be an ungrateful bastard”.

Singaporeans can all appreciate a well-shot film

Regardless of our political stance, we can all appreciate a good film, especially one that’s about the importance of being filial and grateful.

Props to the folks from Lupsup, who did a brilliant job in bringing MP Lee’s story to life.