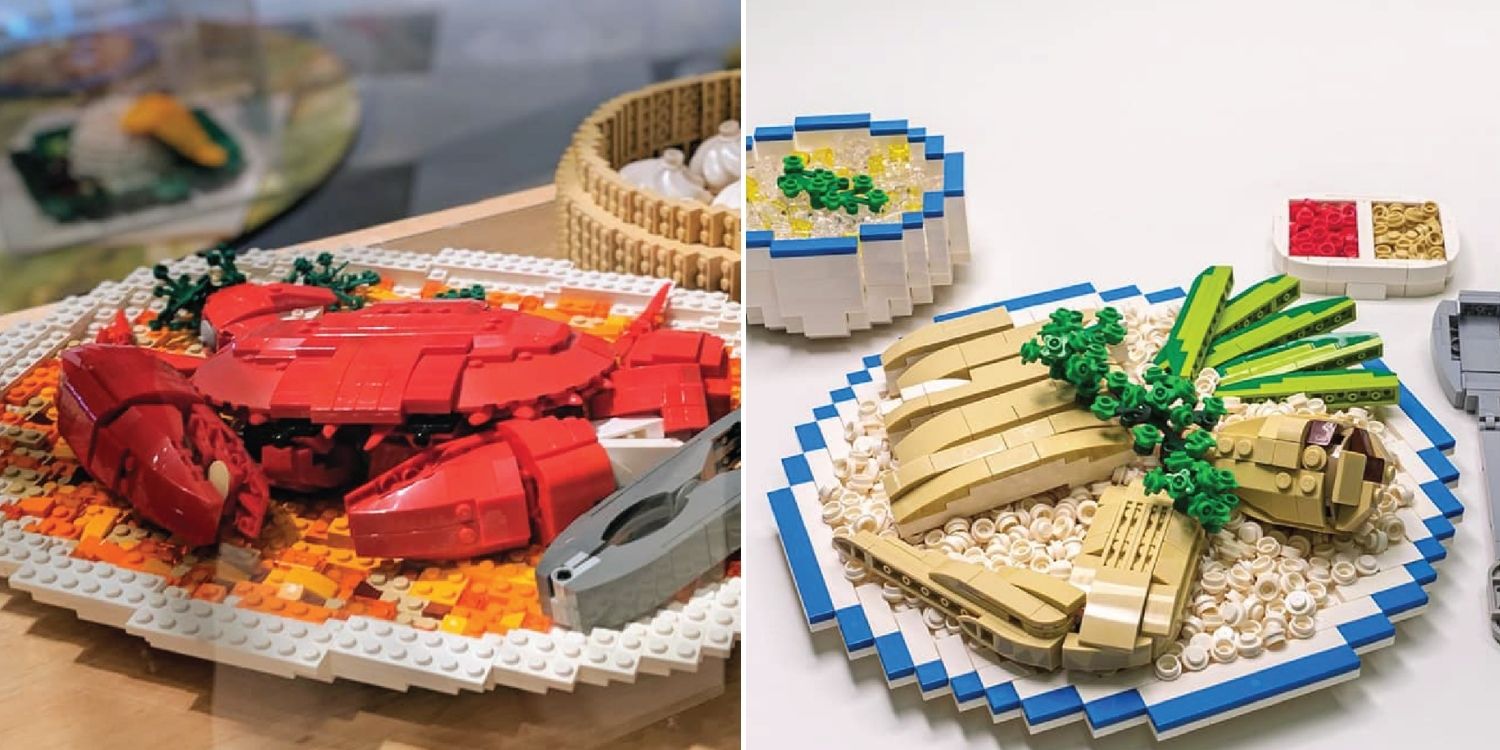 Lego for some food.

Many people would remember LEGO as toy bricks that we can use to construct objects of our own imagination.

Though LEGO could be perceived as something more for kids, several adults have proved that you’re never too old for it.

With their talents and precision, creative folks have replicated some of Singapore’s iconic dishes using LEGO bricks. Among them are the famous chilli crab, chicken rice, and nasi lemak.

Sometime in Sep 2021, LEGO featured pictures of several structures on their Facebook page. What attracted a lot of attention was that they were uncanny replicas of some of Singapore’s famous foods.

Locals and tourists alike would be familiar with the famous chilli crab and its sweet and spicy taste gravy that you can never seem to get enough of.

The dish has even been promoted by the Singapore Tourism Board as one of our national dishes. We can thus see why LEGO decided to recreate the dish using its toy bricks. 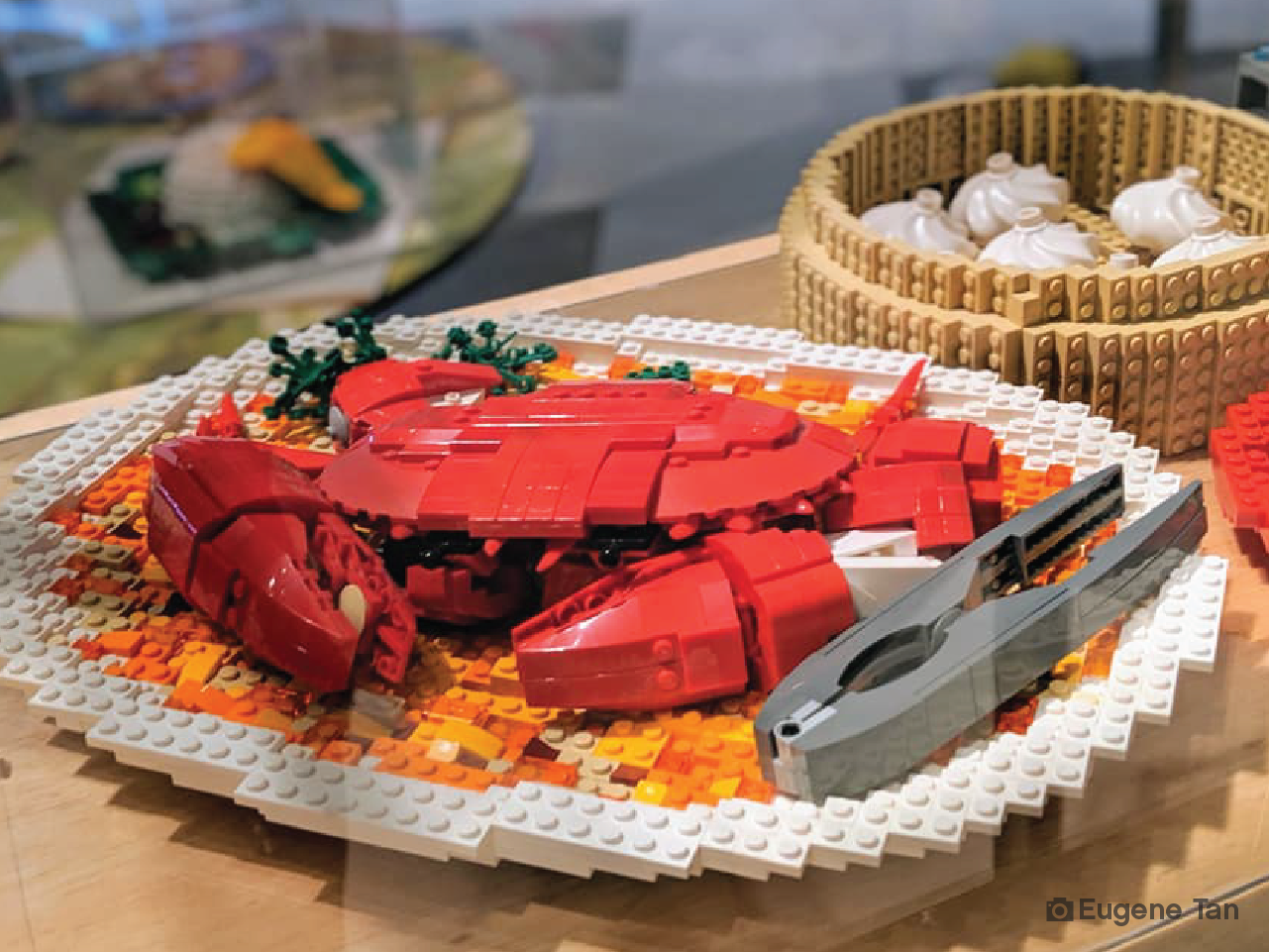 The red and orange hues of the model look so realistic, you can almost imagine dipping some mantou in for a taste.

Another national dish, Hainanese Chicken Rice, was also recreated by LEGO. They were so intricate that they even got the colours of the chicken bone right. 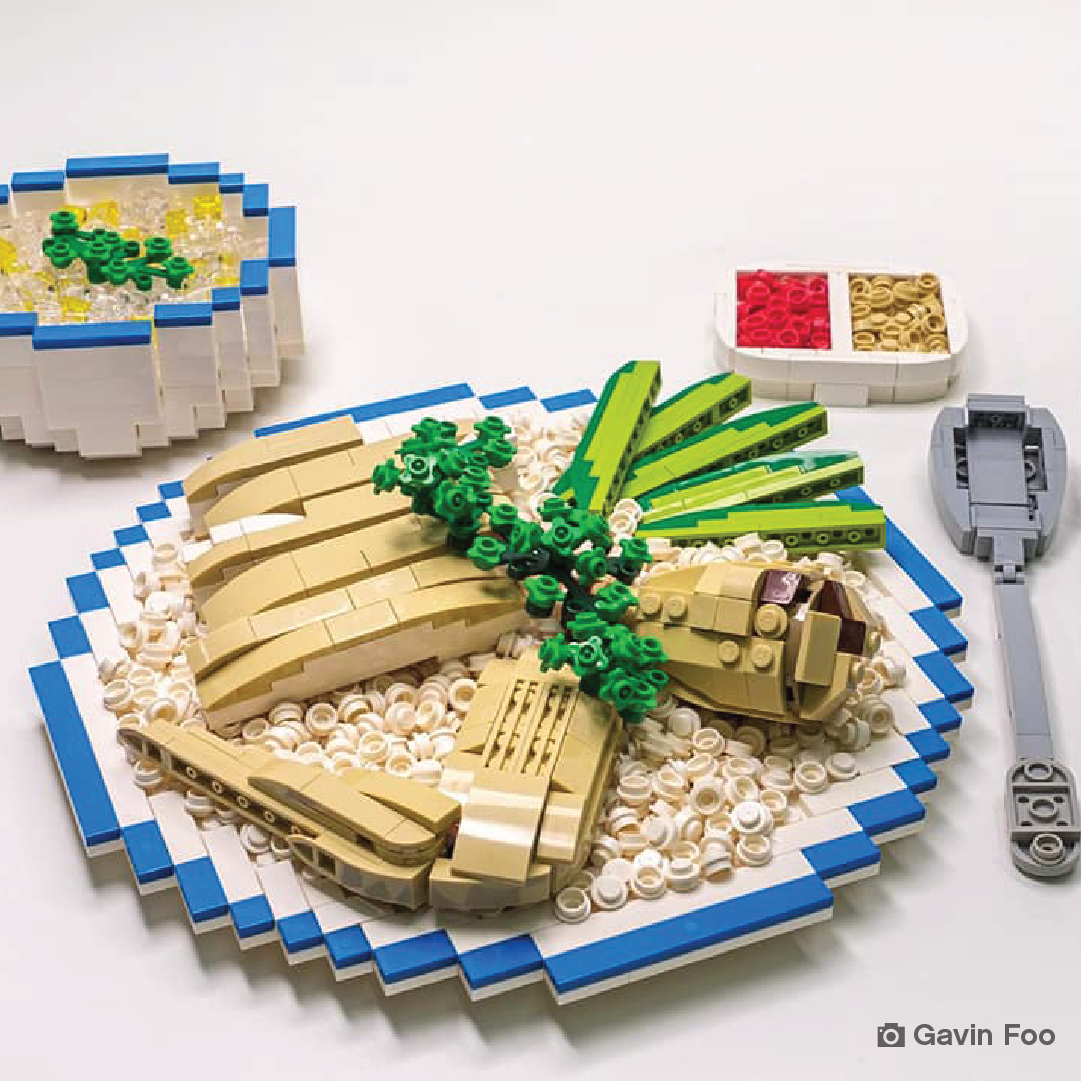 Of course, the meal wouldn’t be complete without some soup, ginger, and chilli, which all look deceptively real.

Meanwhile, the well-loved Nasi Lemak sits on a bed of banana leaf, with the quintessential cucumber slices and ikan bilis on the side. You’d wish your coconut rice breakfast always looked as aesthetically pleasing as this.

Another breakfast dish that wasn’t quite as easily recognisable was Roti Prata, which looked like a hodgepodge of earthy tones on a plate. Luckily, the bowls of curry and sugar gave the dish’s identity away.

Apart from main dishes, they also created some sides that Singaporeans would be familiar with, such as Satay, Kueh Pie Tee, and Kueh Lapis.

A mini replica of a drinks stall uncle making sugar cane drinks was also built, with the iconic Chin Chow container at the side. 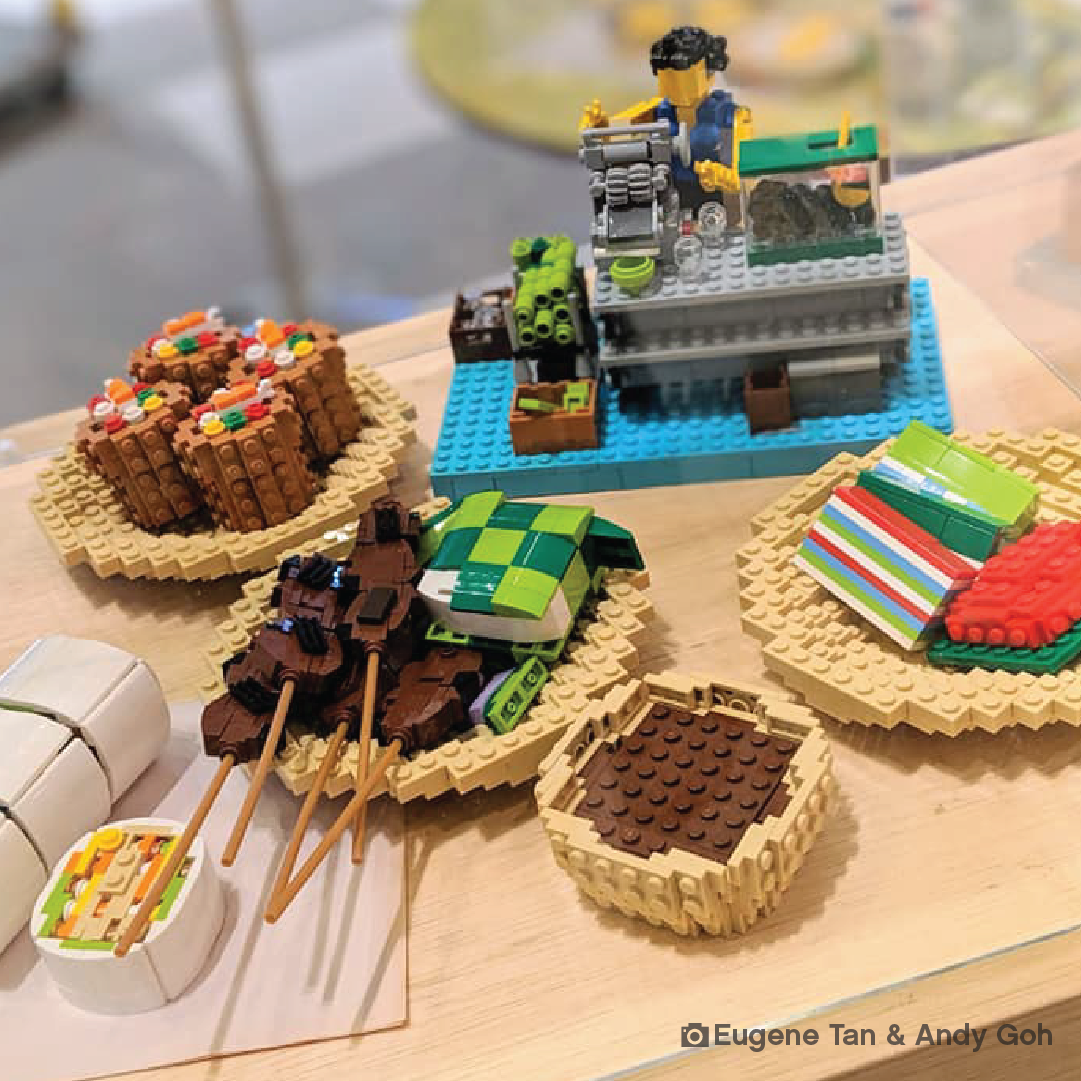 Since the post got quite a number of traction, one of the creators posted more of her creations on Facebook, including a multi-coloured ice kachang. 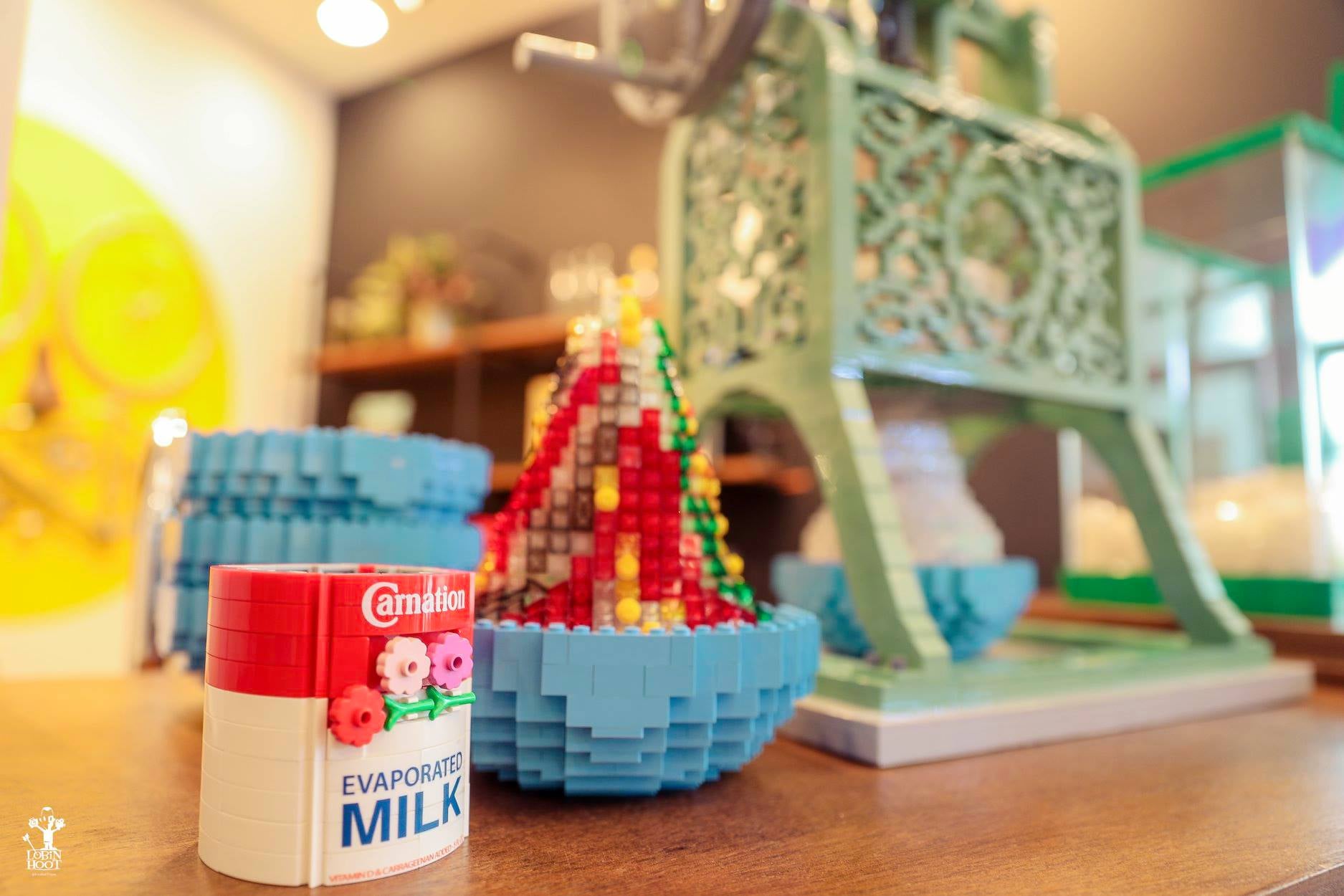 She also recreated a nostalgic image that older folks would be more familiar with — a kitchen table with an old radio, iced gem biscuit tin, and a tingkat.

There was also a realistic version of the Lunar Calendar with the date 9 Aug, signalling Singapore’s National Day. 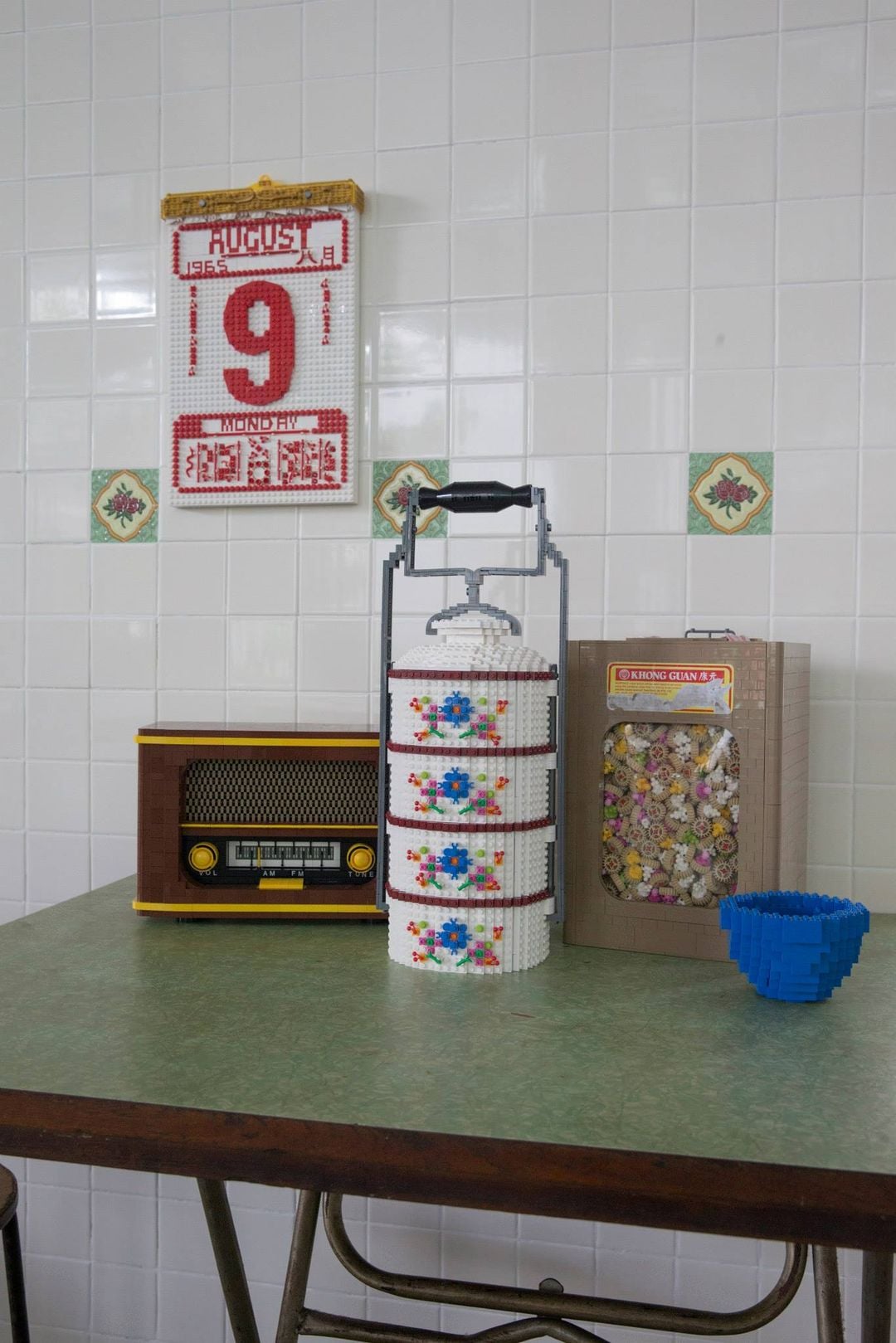 Never too old to play with LEGO

Looking at these LEGO food structures could certainly make one hungry. You may visit their Facebook pages should you want to see more of their creations.

These creations show that we are never too old to play with LEGO. Hopefully, this will encourage more people to unleash their creativity.