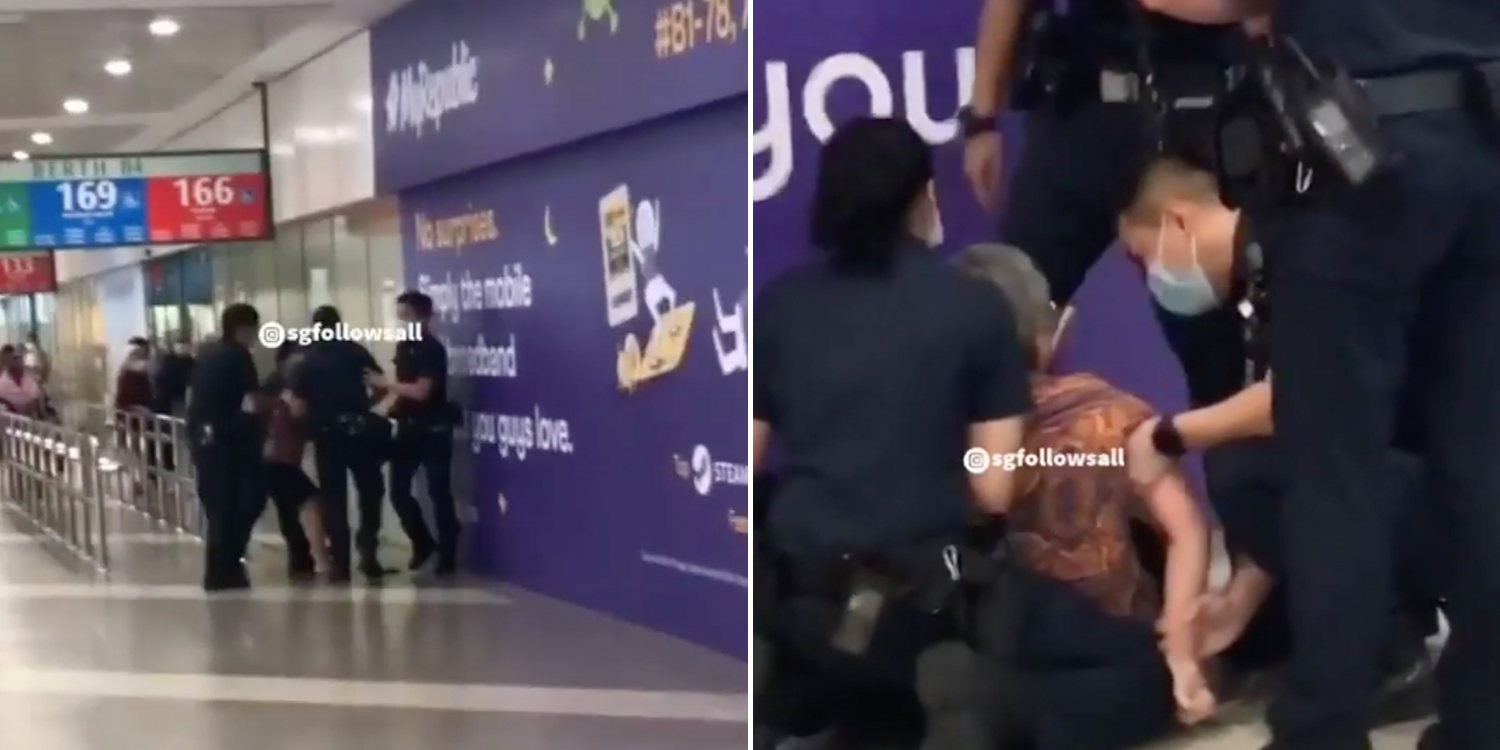 The lady had repeatedly refused to wear a mask and was shouting in public.

The police are responsible for maintaining public order and safety. As such, they have the authority to arrest anyone who commits an offence.

Recently, a video went viral on Instagram. The clip showed a lady screaming and crying while getting arrested at Ang Mo Kio (AMK) Hub. Two police officers were seen restraining her while another 2 tried calming her down.

Since then, some netizens have apparently accused the police of manhandling the lady. On Thursday (23 Dec), the Singapore Police Force (SPF) took to Facebook to debunk these allegations. 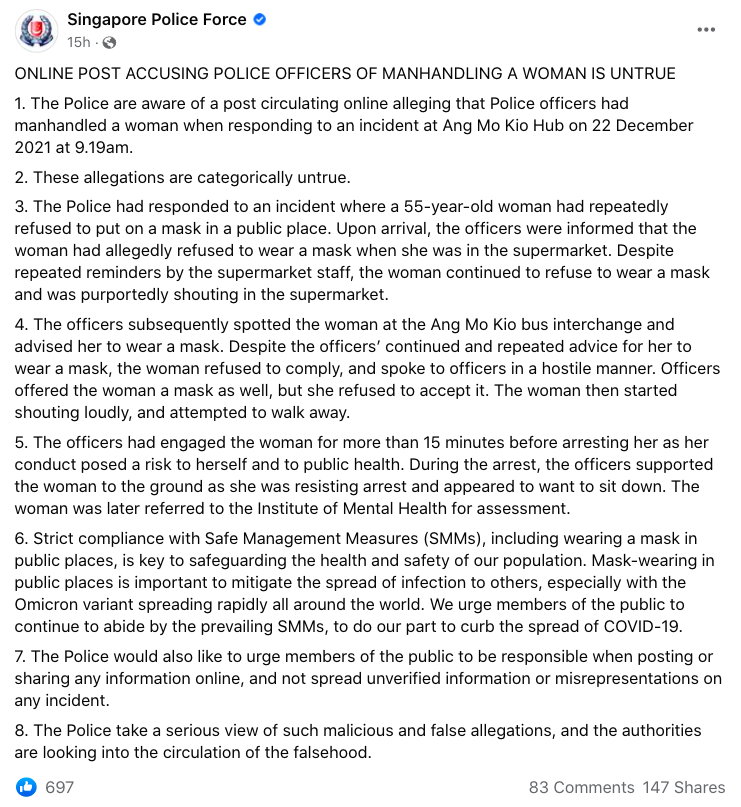 The police explained that the lady had repeatedly refused to put on a mask in public and was shouting in the supermarket. Despite the officers’ continued and repeated advice for her to wear a mask, the woman refused to comply and spoke to the officers in a hostile manner.

After engaging the lady for 15 minutes, the officers decided to arrest her as she apparently posed a risk to herself and public health. She has since been referred to Institute of Mental Health (IMH) for assessment.

In the 25-second video posted on Instagram, the lady behaved rather hysterically while being surrounded by 4 police officers. She could be seen struggling while held by 2 officers.

Though the woman’s cries were pretty loud, it was hard to make out what exactly she was trying to say.

However, an officer could be heard asking her to calm down after she claimed nobody was helping her. The police officer then proceeded to say that they were just trying to help her. 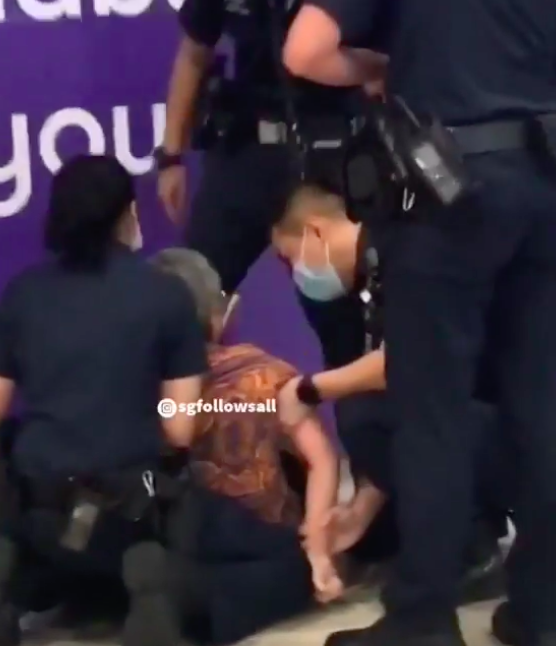 Since the video ended abruptly, it’s unclear what happened to the lady afterwards.

The police have since shared their side of the story on Facebook to debunk accusations against them. They explained that the incident happened at AMK Hub on Tuesday (22 Dec) at around 9.19am.

Officers subsequently spotted her at the AMK bus interchange and advised her to wear a mask. Once again, she refused to comply and spoke to the officers in a hostile manner.

The officers even offered the woman a mask but she refused to accept it. She then started shouting loudly and attempted to walk away.

While the video only captured officers arresting the lady, SPF explained that their officers had in fact engaged her for over 15 minutes prior to the recorded scene. However, since her conduct posed a risk to herself and to public health, they decided to arrest her.

Furthermore, officers supported the woman to the ground as she was resisting arrest and appeared to want to sit down. This was probably when the viral video was captured.

The lady was later referred to IMH for assessment.

Police looking into the circulation of falsehood

The police took the chance to reiterate that wearing masks in public is crucial to safeguarding the health and safety of residents.

This is especially crucial given the emergence of the infectious Omicron variant.

Additionally, they urged everyone to be responsible when posting or sharing any information online instead of spreading unverified information or misrepresentations on any incident.

The police treat such allegations seriously and are looking into the circulation of the falsehood in question.

Kudos to the police for responding so to the unfounded allegations so quickly.

We hope this serves as a reminder for everyone to share information responsibly.

Doing so will prevent the spread of unverified information and also people from being wrongfully accused.