A Pokémon friendship that transcends life & even death.

Over the past weekend, Pokémon Go trainers from all over Singapore flocked to Sentosa for the Pokémon Go Safari Zone.

Most were there armed with their smartphones to catch ’em all rare Pokémon, but one trainer, Mr Wong, brought something else.

A Magikarp plushie, in memory of his late friend.

The heartwarming & meaningful gesture received thousands of reactions in a viral Facebook post which you can read here in full. 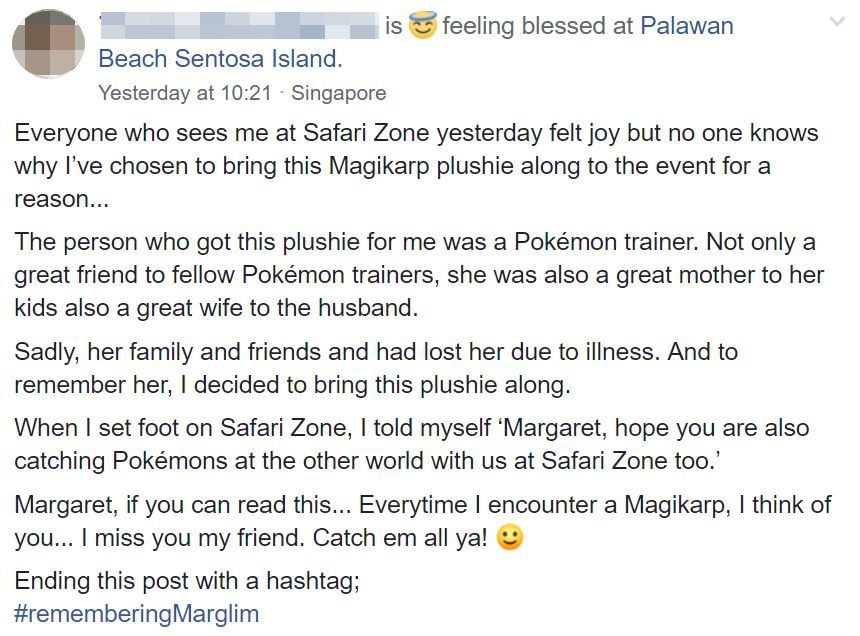 The orange Magikarp plushie was a gift from his late friend, Margaret, who also loved playing Pokémon Go. 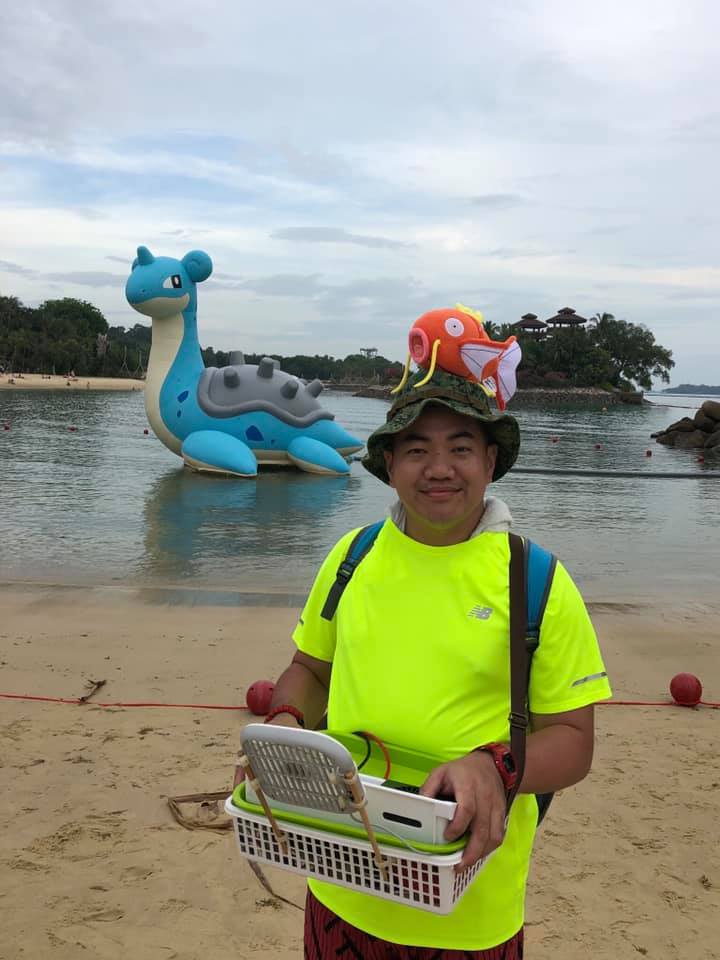 According to him, Margaret was not only a good friend to other Pokémon Go players, she was also exceptional in her roles as a mother and a wife.

Unfortunately, she has passed away from illness, and is dearly missed by all her family and friends.

Brought plushie to Sentosa to honour her memory

In memory of Margaret and her love for Pokémon, Mr Wong decided to bring the Magikarp plushie from her to the Pokémon Go Safari Zone.

Upon setting foot on Sentosa, he said to himself,

Margaret, hope you are also catching Pokémons at the other world with us at Safari Zone too.

He also says that now, whenever he encounters a Magikarp in the game, it will remind him of her. 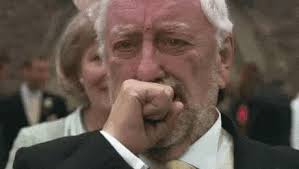 While Margaret is no longer around, we’re sure she’ll be able to feel the excitement at the Pokémon Safari through her gift of friendship to Mr Wong.

After all, we truly believe Margaret is still catching her favourite Pokémon in the other world too.