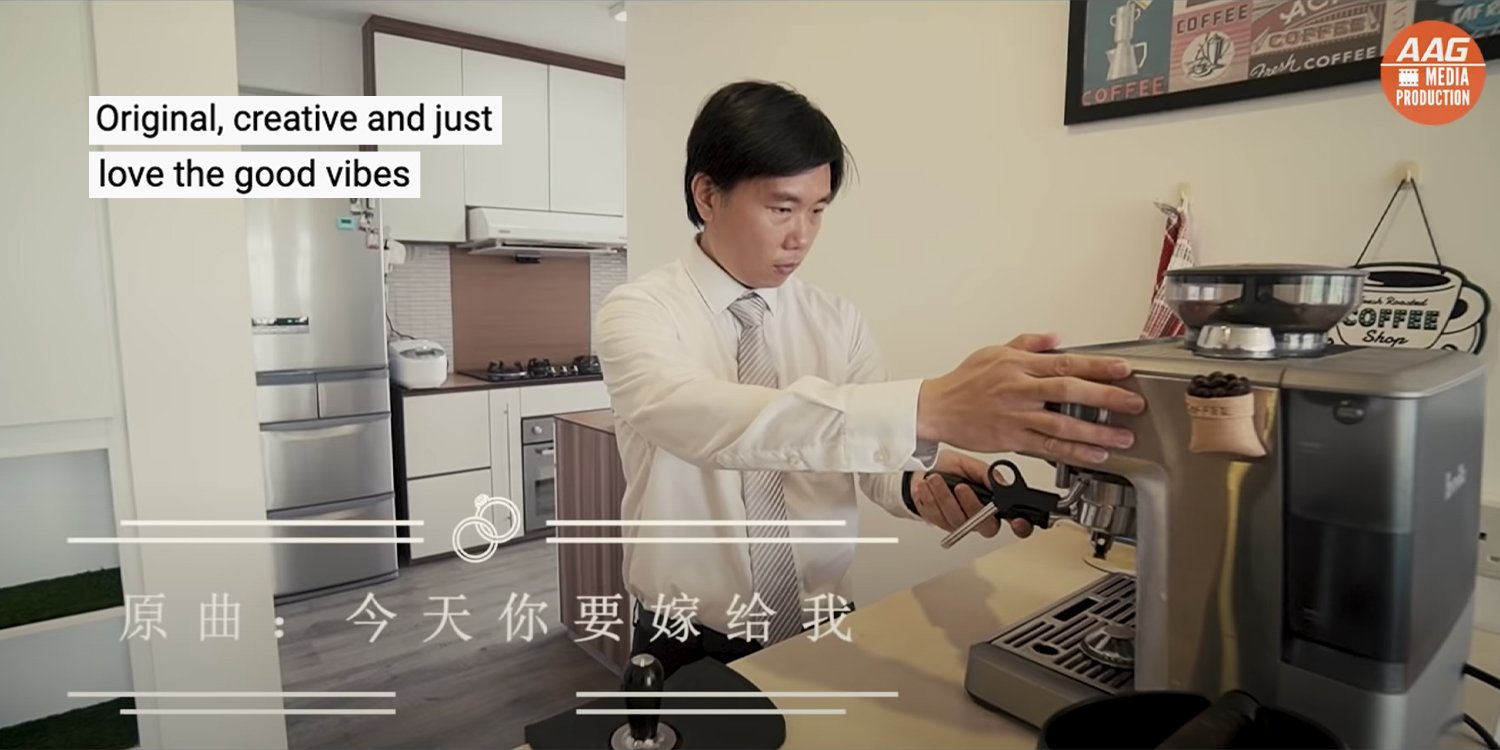 Amidst a tough economic downturn, property agents have been getting creative when it comes to marketing their products.

Last year, we had the hilarious Uptown@Farrer advertisement that went viral for its refreshing concept.

This year, property agent Rechard Tan is out to rival it with an incredible home tour of a Hougang flat, in the form of a music video.

Parodying the popular mandopop song ‘今天你要嫁给我’ (Marry Me Today), the music video captures the HDB’s flats best features while entertaining with a generous dose of warmth, joy, and nostalgia.

The parody song is titled ‘8481我等你’, which translates to ‘8481 I’ll wait for you’ — a reference to the property agent’s mobile number.

The music video starts off with a groom’s tuxedo laid out on a bed before cutting to scenes of the agent performing everyday tasks like making kopi and working by the windows.

The video appears to be targeting young couples with its song choice and modern flat design.

The song wastes no time sharing crucial information about the 4-room Hougang HDB flat, like its location at Block 477C Upper Serangoon View and how it has just passed its Minimum Occupation Period (MOP). 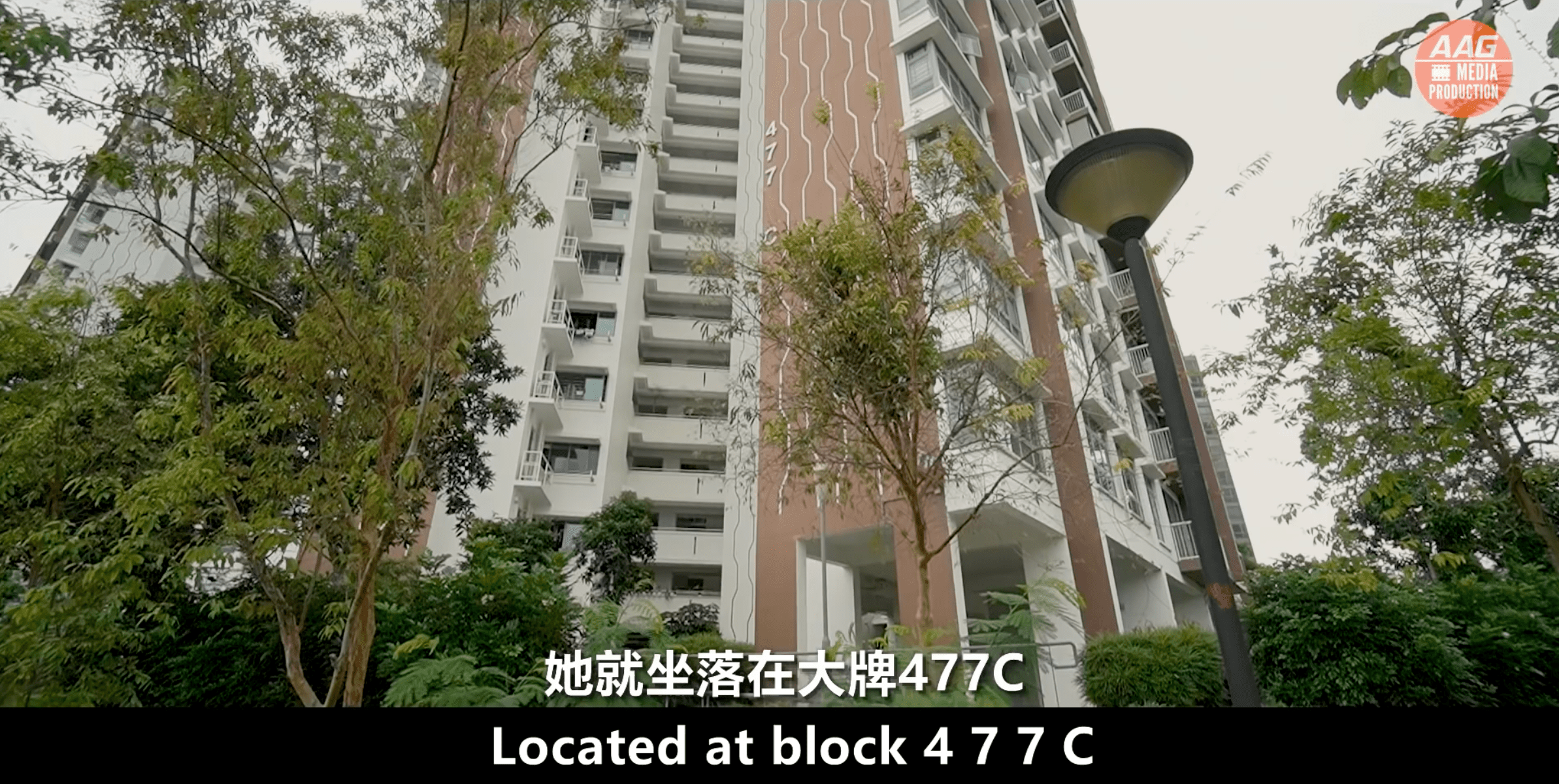 The video then goes on to the unique selling points of the HDB flat, showing wide-angle shots of the living room as the lyrics describe its unobstructed view of a nearby river.

Displaying his creative talent, the agent’s altered lyrics pairs perfectly with the melody whilst showing off the 990sq feet flat.

Property agent Rechard Tan even aces the rap in the song, skilfully describing the nearby amenities and shops with precise rhythm.

As the song comes to an end, it wraps up perfectly with the all-important call to action, asking interested parties to contact him while repeating the song title ‘8481我等你’ (8481, I’ll wait for you).

Netizens were full of praises for the property agent, saying the music video was original, creative, and exudes good vibes.

This YouTube viewer said the rap segment of the song was especially well written.

Another netizen expressed that he had “massive respect” for the effort that went into the video.

He even confidently proclaimed that the agent was sure to “sell big”.

Flat has already been sold

The music video was certainly informative and enjoyable to watch.

And it seems like it was also really effective marketing too. Despite being uploaded just 5 days ago on 17 Jan, the Hougang flat has already been sold.

What do you think of the music video? Let us know in the comments down below.