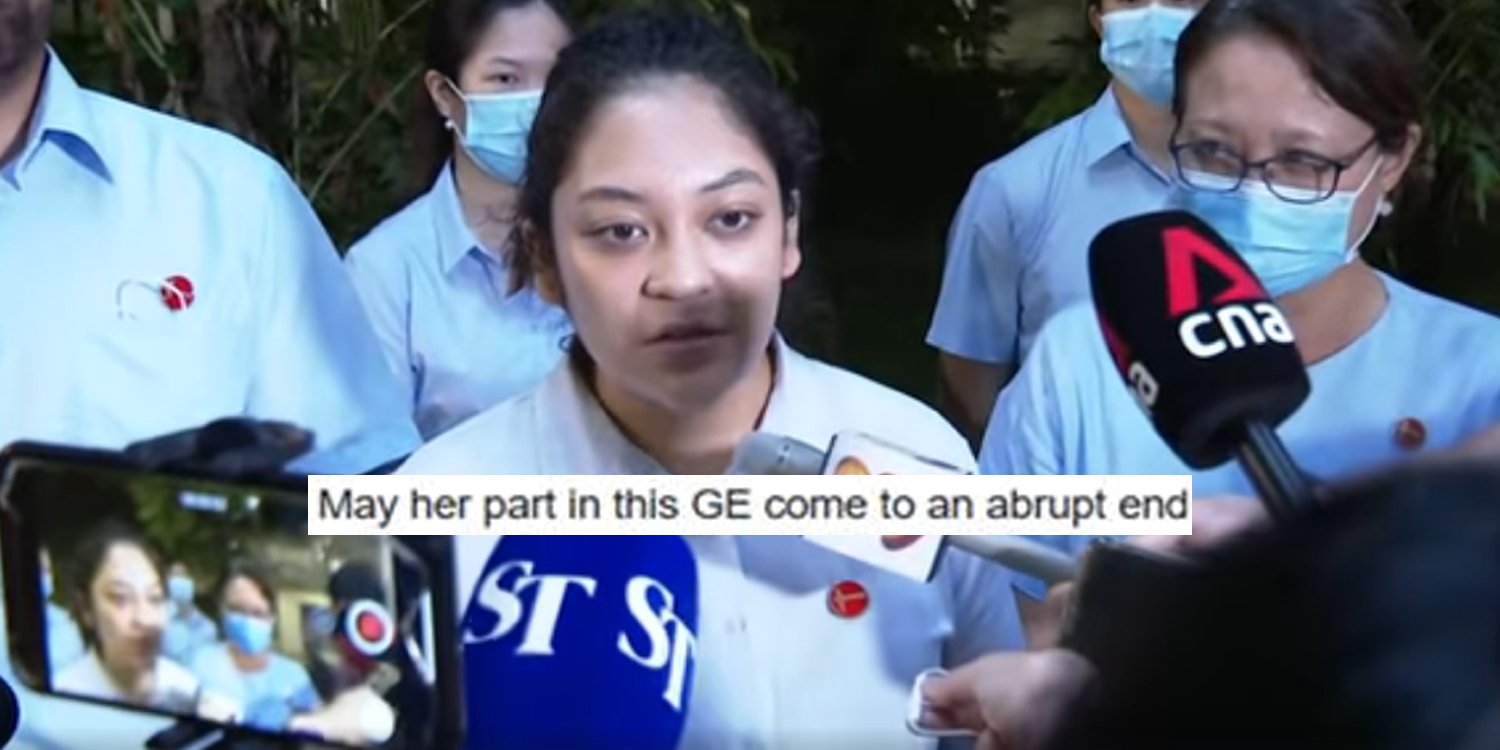 Just yesterday (5 Jul), we reported that 2 police reports have been lodged against  Workers’ Party candidate Raeesah Khan over her past comments on race.

Since then, a netizen’s post has been scrutinised by netizens for allegedly being among the first platforms to leak the screenshots in question.

Singaporean netizens – known for their investigative work – also managed to track down controversial posts that the alleged whistleblower made, and questioned his intention for sharing screenshots of Ms Khan’s comments dated 2 years ago. Raeesah Khan whistleblower urged her father to step down

According to a screenshot circulating on Facebook, the whistleblower said he was “glad” to be among the first people to circulate the “viral screenshots”. 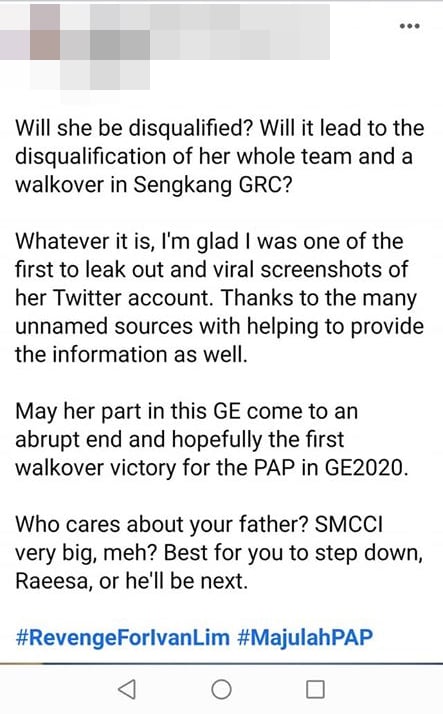 He goes on to write that he hopes Ms Khan’s election candidacy will come to an “abrupt end” as a result of the exposé.

The whistleblower also urged Ms Khan to step down, or her father – President of the Singapore Malay Chamber of Commerce and Industry – will be “next”.

Whistleblower compared himself to “internet bogeyman”

Another screenshot of the alleged whistleblower’s tweet showed that he had compared himself to an “independent internet bogeyman”, allowing him to “destroy…reputations”.

Netizens also shared other posts, many of which might come across as being racially insensitive — including comments about a certain race on the Downtown Line MRT platform.

Although we’re not republishing them, we have linked the posts here for reference. Do note that the content may require a trigger warning.

Finally, it seems he has appeared to have changed his political stance throughout his life too. 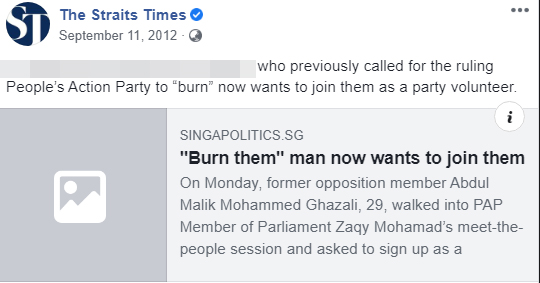 If the netizens were right with their investigations, the man also allegedly served jail time for reportedly pocketing funds from his insurance clients.

At the moment, it would be premature to make judgement on any of these allegations, so it’s best to take these circulating posts with a pinch of salt.

Regardless, netizens have called into question the OP’s intentions.

Given the substance of the alleged whistleblower’s Facebook post, netizens naturally questioned his intention of ‘exposing’ Ms Khan’s comments.

One netizen suggested that he could’ve had some ongoing disagreements with Ms Khan’s father.

Another pointed out that it could be possible that his account had been hacked.

In all likelihood, we’ll never learn of the alleged whistleblower’s true intentions, unless he comes out and states it for the record.

We’ve reached out to all parties involved for comment on the matter and will update this post accordingly as more information rolls in.