UPDATE (28 May): President Halimah Yacob addressed the issue in a Facebook post yesterday (27 May), urging the police and MUIS to investigate the matter. We carried her full statement here. Meanwhile, MUIS announced that they’ve filed a police report.

From scams to harassment, we all know by now that safety on the Internet is a precarious thing. But for some female religious teachers in Singapore, the threat became extremely real when their personal details became the subject of crude attention.

Allegedly not the first time such an incident has happened, this seems to be the last straw, as their male peers also spoke up in defence of their ‘sisters’.

Hoping to raise awareness and spur concrete action towards the culprits, several religious teachers or asatizahs have taken to social media to post about it.

The latest incident that has netizens in fury appears to be a poll asking which teacher should be “gangbang[ed]” — essentially being the victim of group rape.

A screenshot of the poll shows over 200 responses, along with a list of the teachers’ names beside their respective photos.

On the surface, the language used and the intention behind the poll are enough to alarm anyone, but the issue seems to lie deeper than that.

Well-known Ustazah Fatin Afika pointed out that the asatizahs have fallen victim despite their modest dressing. She then explained that this places the blame on the men for forming such inappropriate thoughts.

This harkens back to the age-old debate that women’s revealing outfits are partly to blame for arousing men — which in this case proves untrue as the asatizahs typically wear loose-fitting clothing.

Ms Fatin broached on the matter in her Instagram stories, where she detailed how the culprits still found pleasure in using photos of asatizahs that were available on public platforms. Since such photos typically show them in modest dressing, covered “top to toe” as Ms Fatin says, she turned the attention to the men instead.

Ms Fatin asked that men lower their gaze and cleanse their minds of such thoughts. This, especially after a friend of hers, a fellow teacher, became a target of these men.

Not the first time something like this has happened

The situation became especially risky for this teacher when she learnt that a photo of her without her hijab had made its way online. 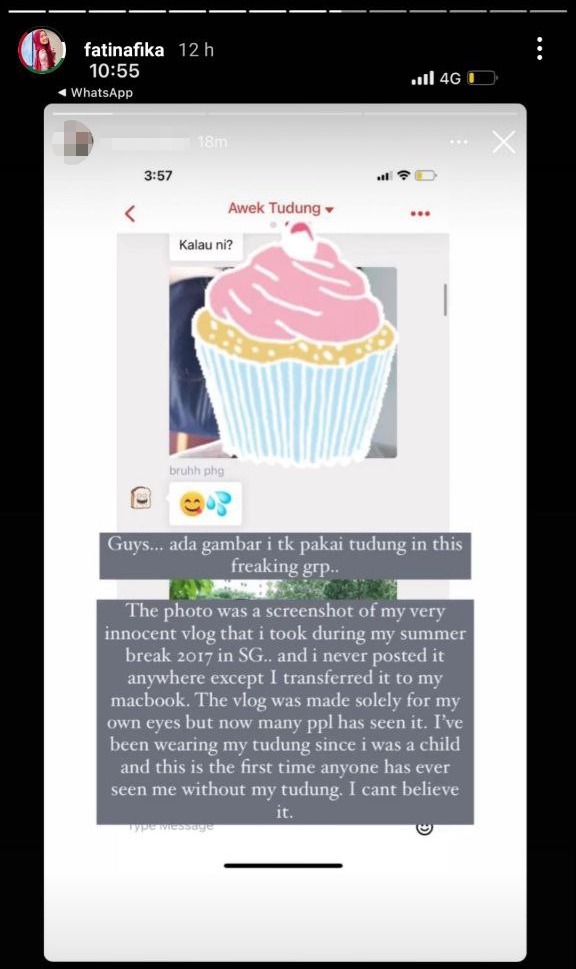 Speaking to MS News, the teacher in question explained that photos of various asatizahs had been leaked on social platform MeWe since 2020. Apparently, MeWe is a platform that encrypts and protects users’ information, making their posts accessible to members only.

Back then, the teacher had taken to Twitter to air her grievances regarding the group which was then called “sgmalay”. 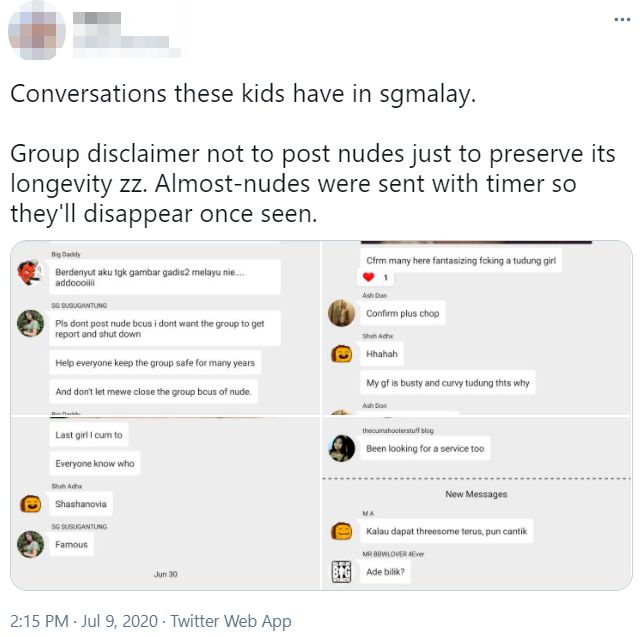 Besides objectifying the young women, some posts involved members singling out the girls whom they fantasised openly about.

Upset by what she saw, the teacher and some of her peers reported their findings to the police, who allegedly implied that there weren’t enough grounds to charge the suspects. 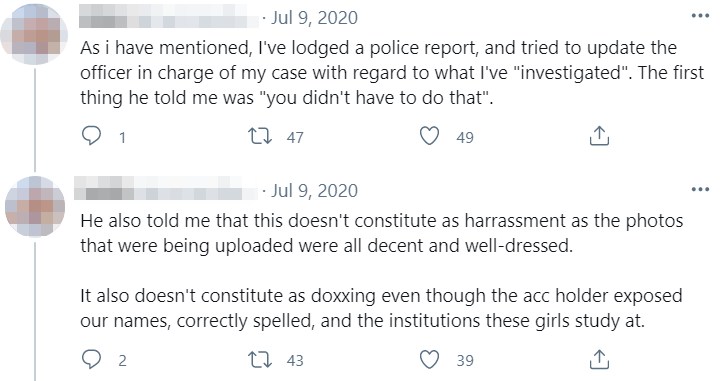 The teacher told MS News that it was only after some online pressure that they proceeded to investigate. Even then, she later received a letter from the Singapore Police Force (SPF) stating that they had decided not to take further action. 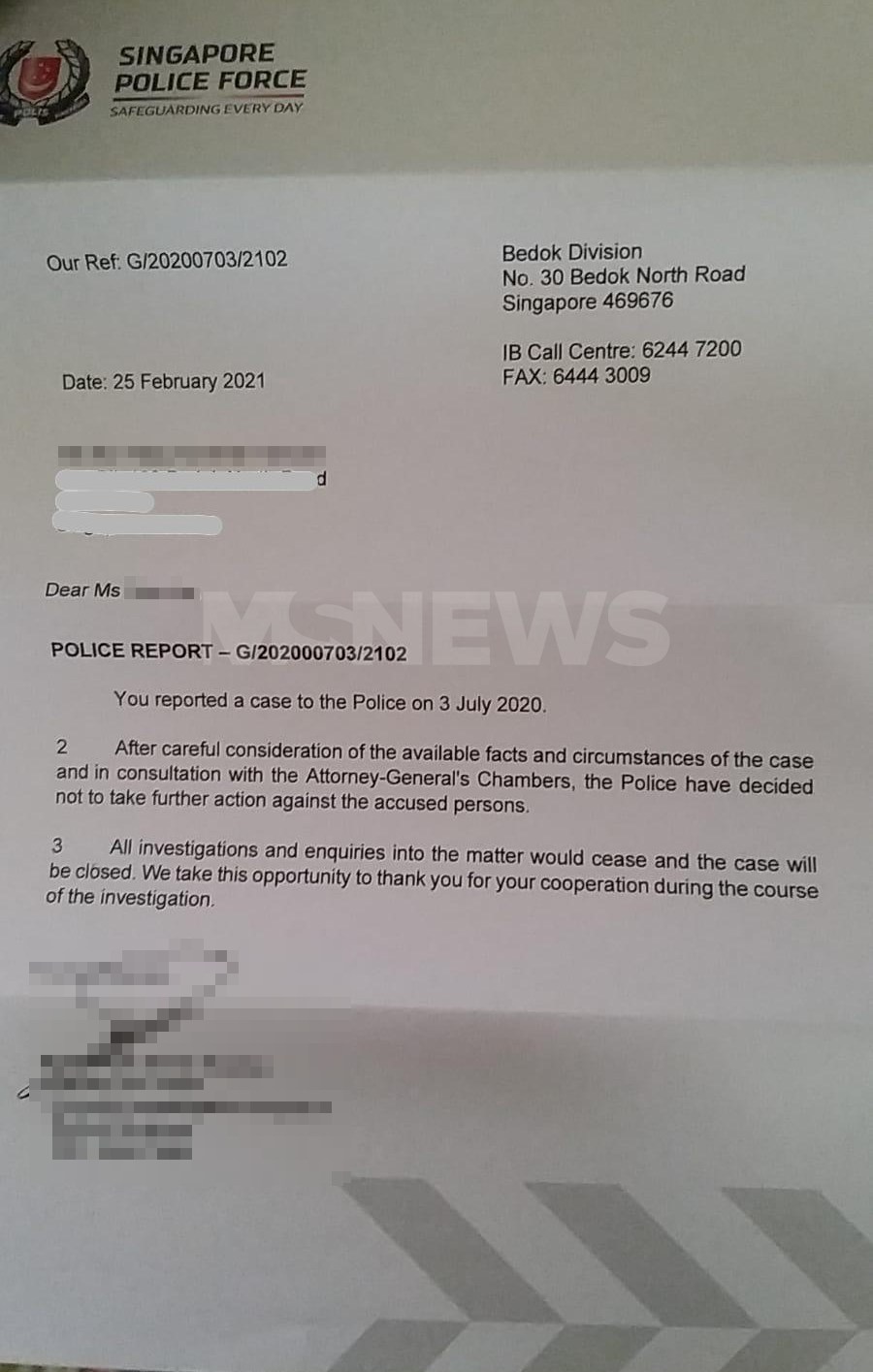 Image courtesy of the religious teacher

MS News has reached out to SPF for comments.

Unfortunately, the incident came back to torment her recently. Just last night (26 May), she found out that a photo of her without hijab was circulating online.

This time, it was in a totally different group on the same platform, MeWe. She told MS News that the group has nearly 80,000 members. 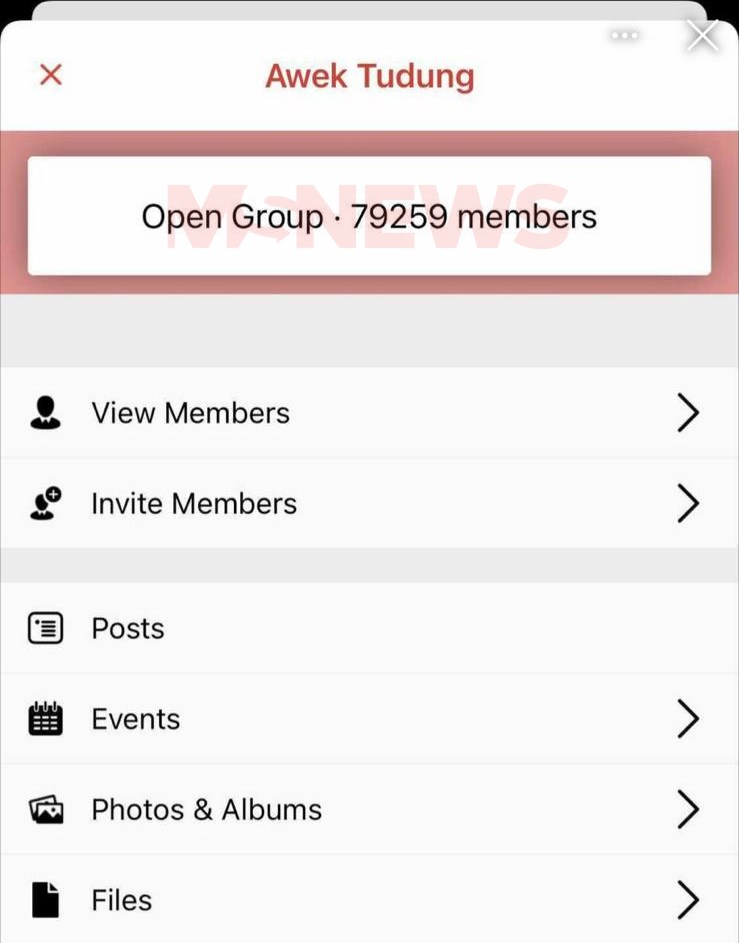 Image courtesy of the religious teacher

Previously, the photos were from her female-only Instagram account. This time, however, they came from a personal vlog which she never posted anywhere.

A check on her social media activity led her to find mysterious logins. She suspected that these may have been the work of the perpetrators. 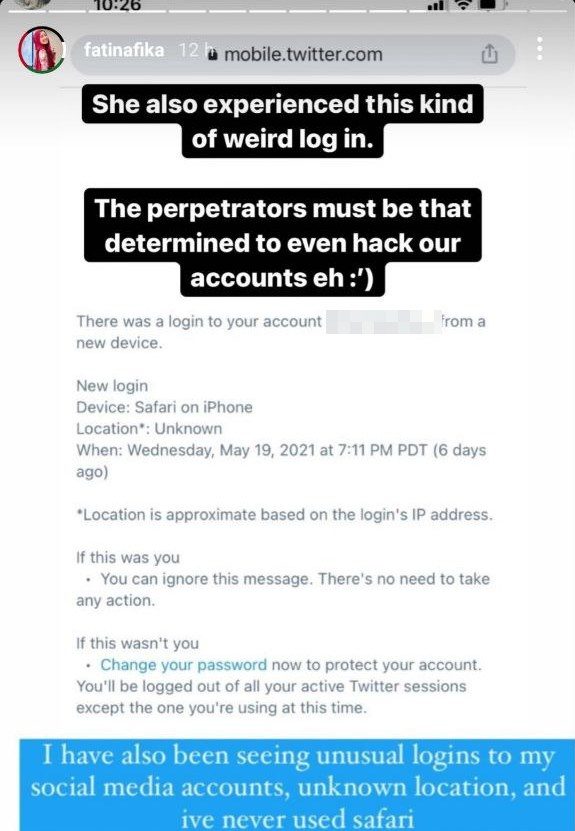 After the asatizahs’ posts went viral, former Member of Parliament (MP) Amrin Amin took to Facebook to condemn the harassment. Placing shame on the perpetrators, he hopes “the authorities will take stern action”.

Beyond that, he echoes many of the asatizahs’ sentiments that society can do better in respecting women.

Knowing that these religious teachers, whom many respect, are subject to such unsolicited online shaming is certainly concerning.

That their privacy may have been invaded further aggravates the matter.

Our thoughts go out to those who’ve fallen victim to the group. We hope that greater awareness of the issue will help bring justice.

Hopefully, too, it’ll provide a stronger impetus for the authorities to take further action and punish the culprits. After all, people’s sense of security and their reputations are at stake.

Above all, this serves as an important reminder for society to treat women better. There’ve been enough cases proving that this is an area we could still improve in.

So let’s not allow any more of such incidents to happen, and work on educating ourselves and the people around us to act appropriately.

Note: The views expressed within this article are the author’s own, and separate from the opinions of those by netizens quoted from Twitter and Instagram.