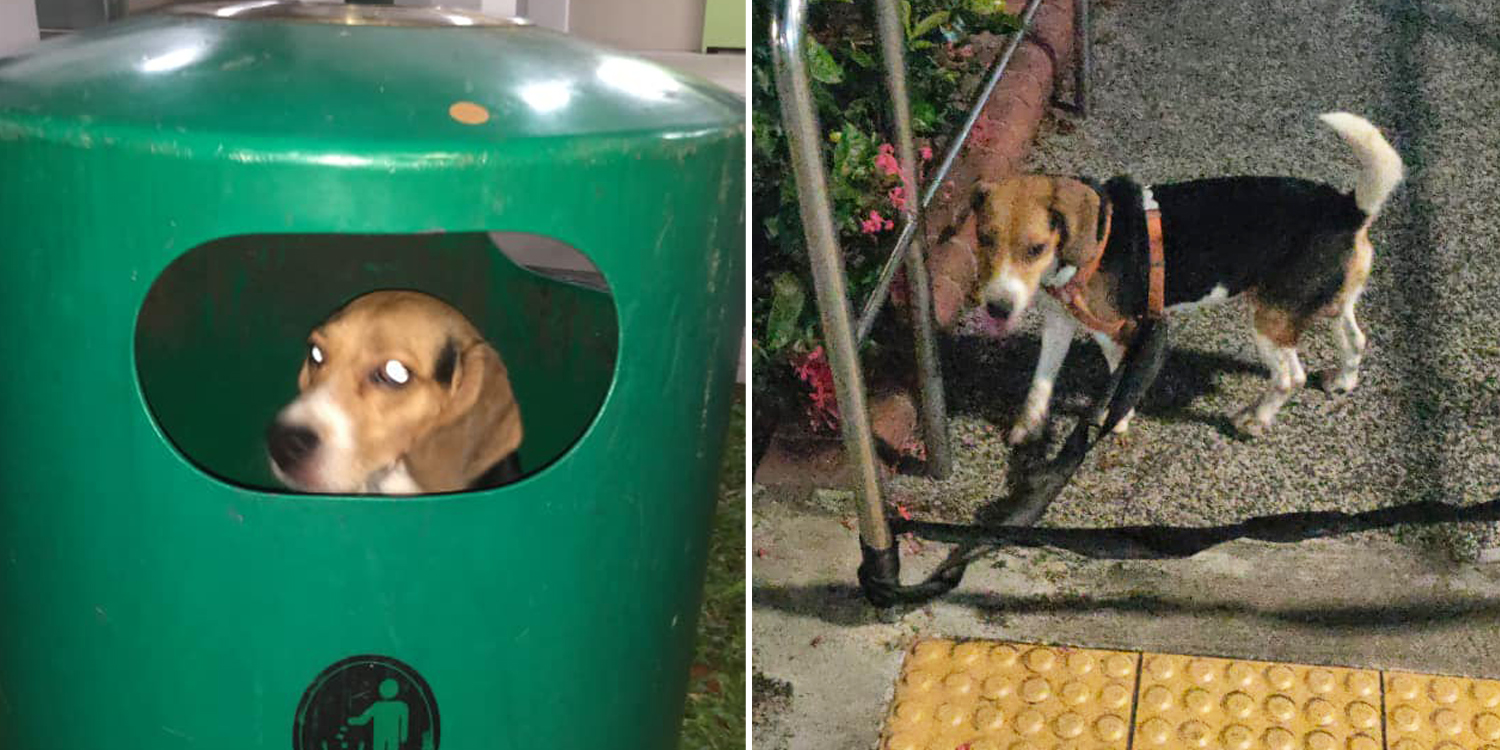 His owner must have been wondering where he's bin.

UPDATE (13 Apr): NParks confirmed that AVS was able to locate the beagle’s owner and reunite them with their dog.

When people come across lost dogs, they often do their best to help secure them and return them to their rightful owners.

In the early hours of Monday (12 Apr), a lost beagle was found at Tanjong Pagar by a few residents.

The doggo appeared skittish and frightened, even trying to run towards the road. Thinking on their feet, the residents used a dustbin cover to contain the dog. 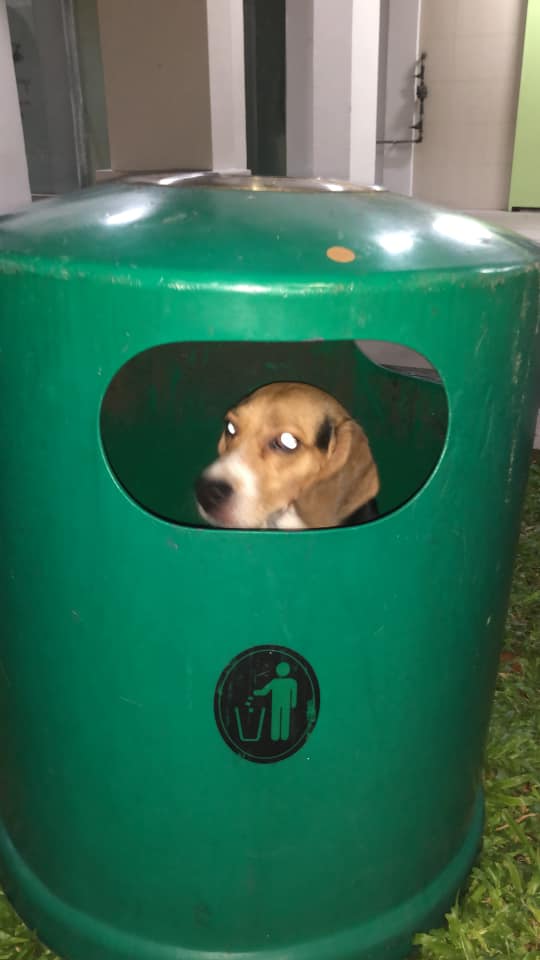 When the photo was shared on Facebook, netizens were full of praise for their creative solution in securing the lost canine.

Speaking to MS News, Muhammad Hakim shared that he was on his way home when he saw a couple trying to contain a lost beagle.

It was around 2am on Monday (12 Apr). But that did not stop the trio from trying to help out.

They first spotted the doggo crossing the road near Block 3 Everton Park at Tanjong Pagar. The canine continued running near the roads where cars were dashing past.

Worried, Hakim and the couple tried to secure the dog.

Working together, the quick-thinking residents cornered the dog and used a bin lid to trap him, making sure he was safe. About 15 minutes later, Hakim said they managed to get hold of a sling they could use as a makeshift leash.

They got the dog out of the dustbin lid, allowing him to move more freely. 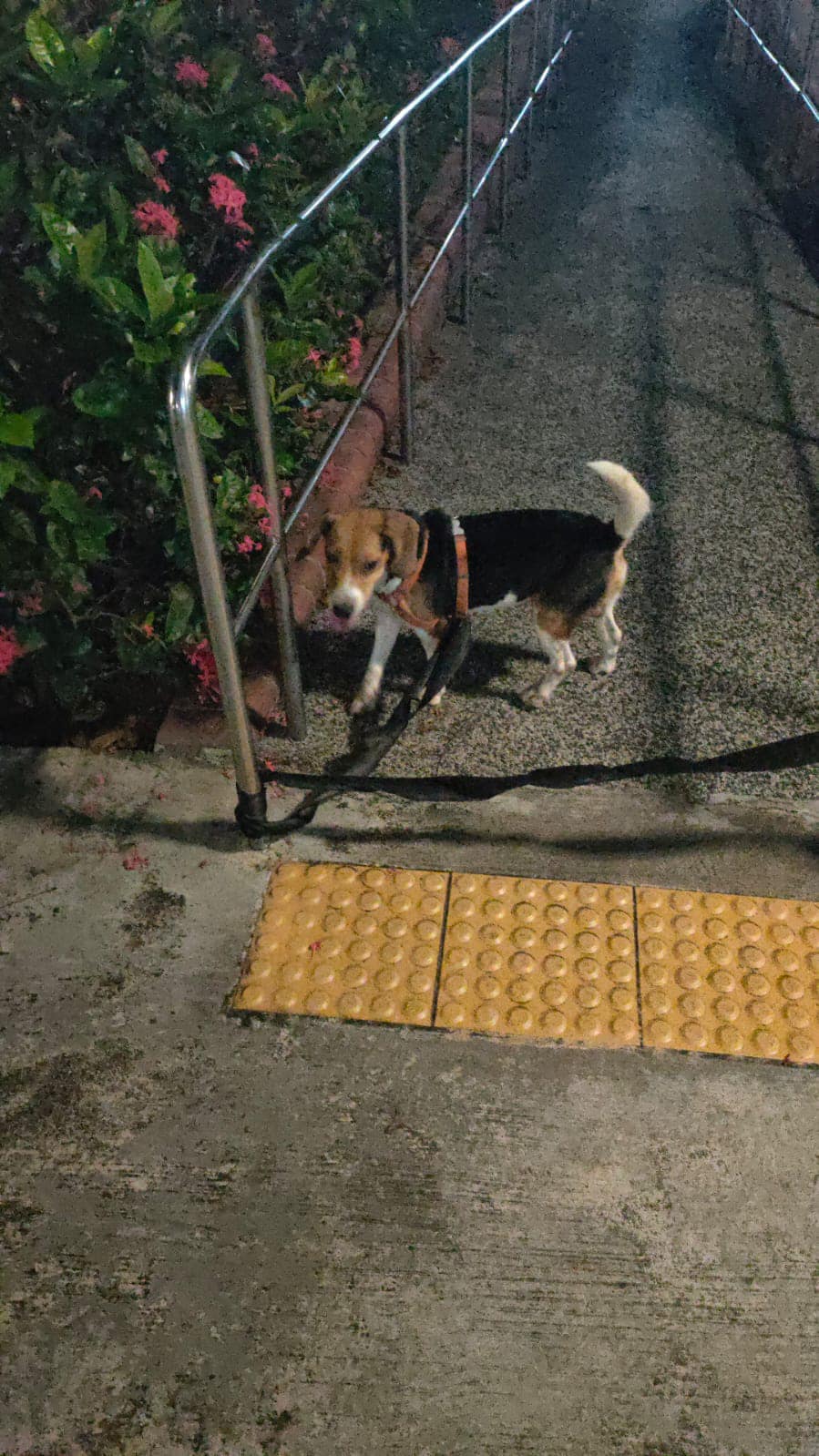 Hakim said although the dog was slightly aggressive at first, he eventually warmed up to him after he fed the dog some water. 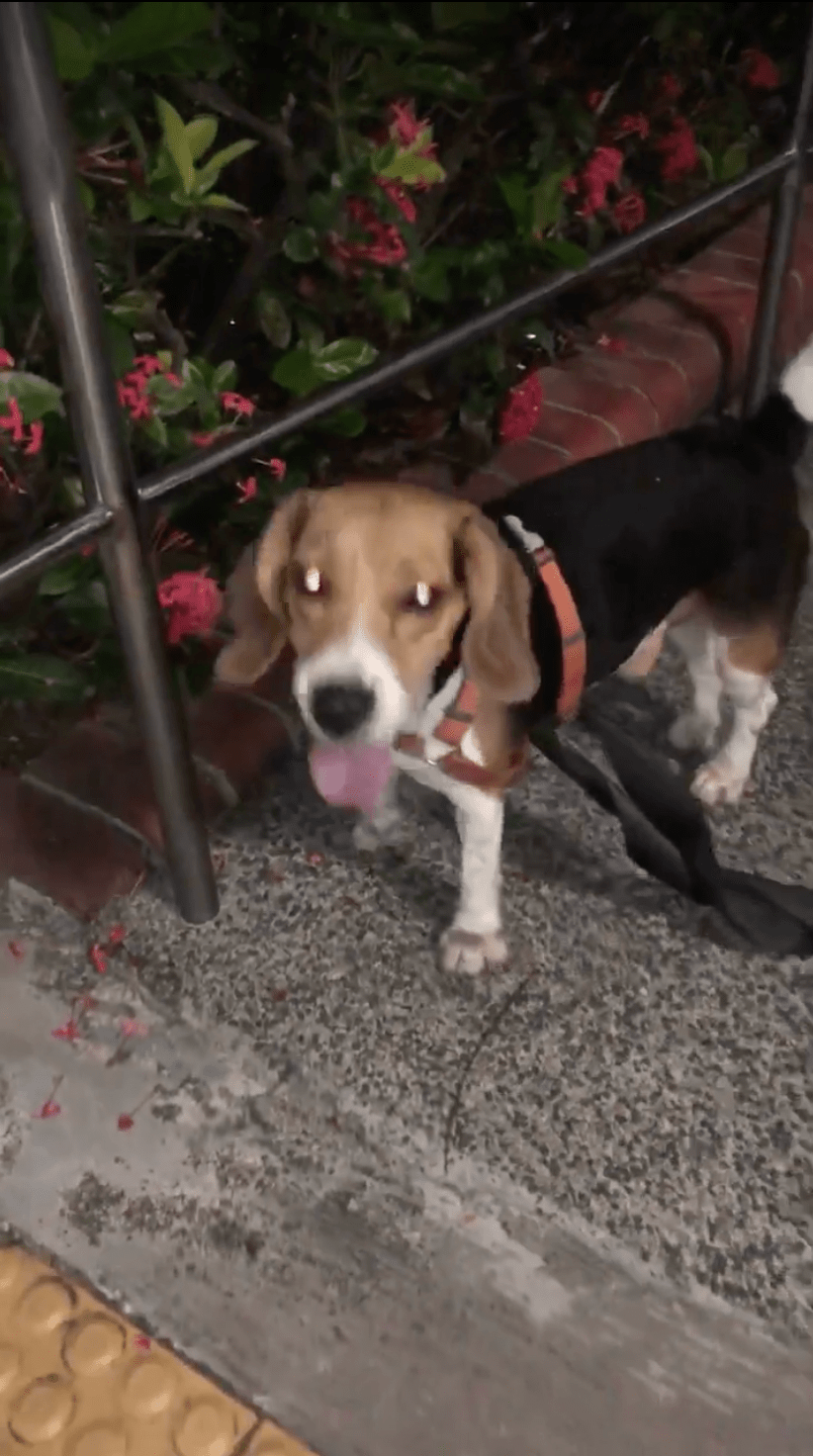 The 3 residents then reported the lost dog to Animal Veterinary Service (AVS).

They then stayed with the doggo, waiting for the authorities to secure him.

At about 3.21am, National Parks Board (NParks) officers dropped by to secure the dog, who obediently went into the dog crate himself. 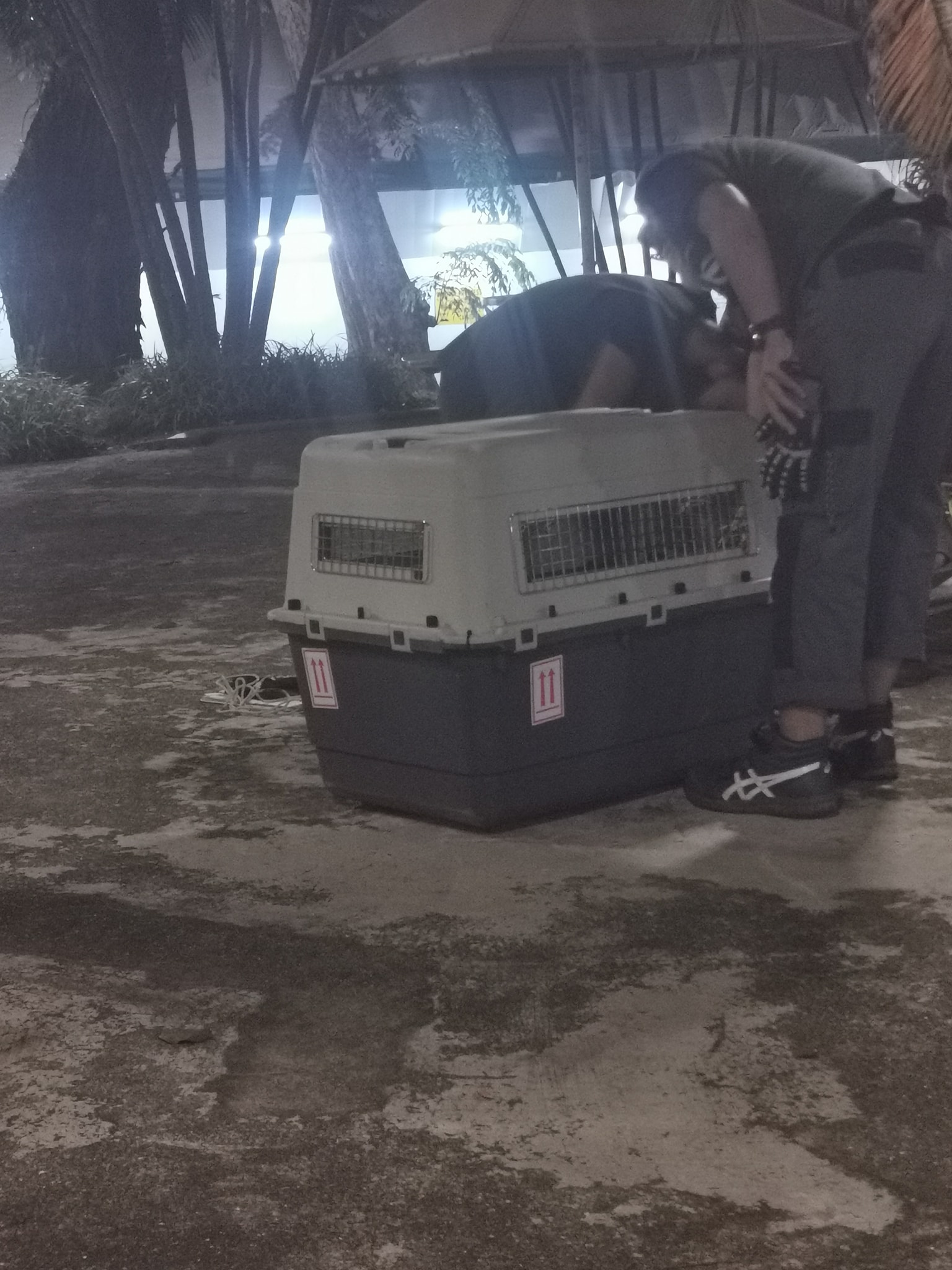 Netizens applauded the residents for their creativity in securing the dog and keeping him safe.

Many thought that the idea was brilliant and praised them for thinking on their feet.

Some also affectionately referred to the beagle as the ‘dustbin dog’.

The adorable picture of the beagle with the dustbin lid went viral on Facebook, garnering over 200 shares at the time of writing.

And the post even managed to reach the doggo’s owner who commented that he had escaped from the house.

MS News has reached out to the owner and NParks to find out if the dog has been secured.

Kudos to the helpful & creative residents

It must have been worrying for the doggo’s owner when they found that he had escaped.

Kudos to the helpful and creative residents for securing the dog and ensuring his safety.

Hopefully, the adorable doggo has been reunited with his owner.