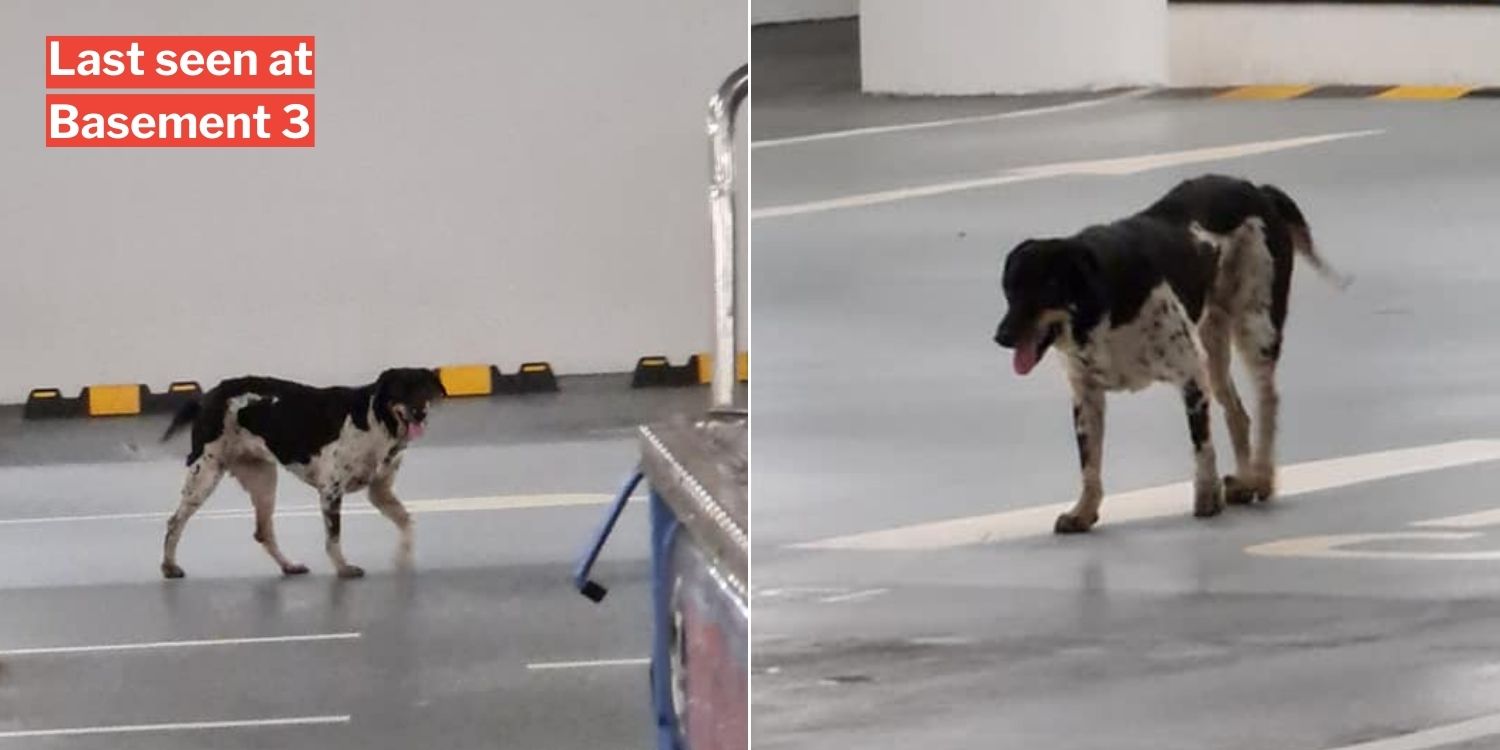 Dog Appears To Be Lost In Carpark, Kind Man Feeds Her & Seeks Owner

For those of us who have furkids, having them go missing and not knowing if they’re out there doing okay can be stressful.

On Sunday (21 Feb), this doggo was seen wandering around the carpark of SingPost Centre at Paya Lebar. 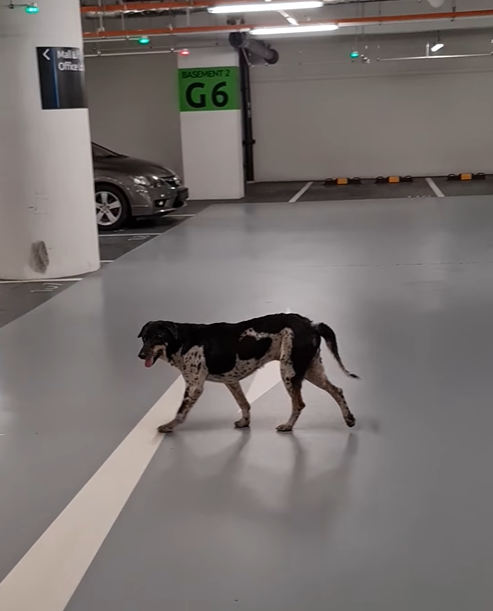 She appeared lost and looking for a way out, but attempts to lead her out were unsuccessful.

A kind netizen fed her and shared photos of her on Facebook, hoping her owner can find her soon.

Doggo appears to be trapped in carpark

In a post in the Facebook group Lost and found pets in Singapore, a netizen, Mr Li, spotted a black-spotted dog with black and white fur wandering around SingPost Centre’s carpark on Sunday. 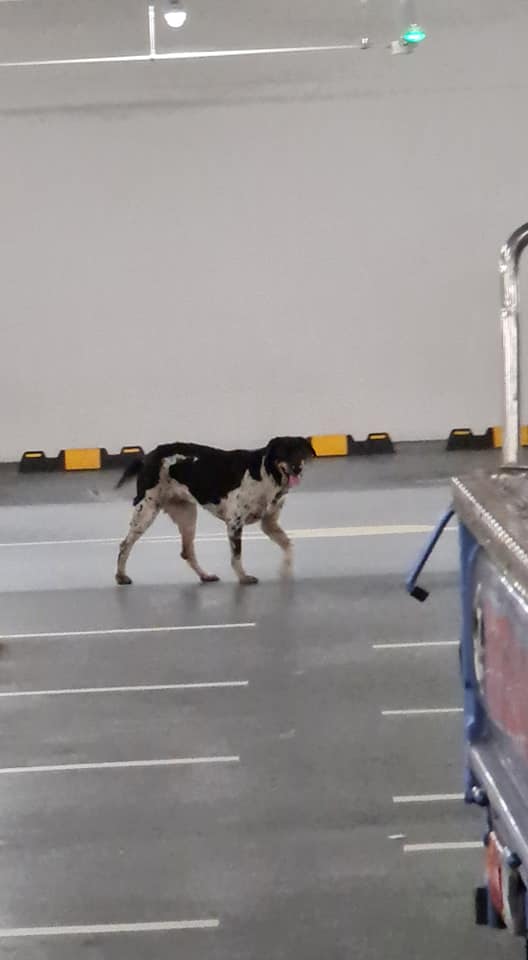 She seemed to be finding her way out of the carpark, but unfortunately wasn’t able to, according to the netizen.

The kind-hearted animal lover thus decided to feed her minced meat from NTUC to make sure she wouldn’t go hungry for another day. 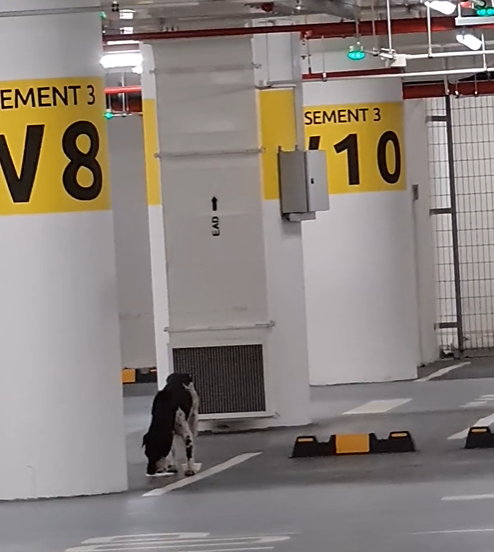 The lost soul must’ve been famished, as despite looking worried, she quickly finished the whole plate.

According to Mr Li, the dog was in a skittish state which is understandable as she was in an unfamiliar environment.

Writing in the comment section, he said he tried to guide the doggo out of the carpark but she only reacted to food. 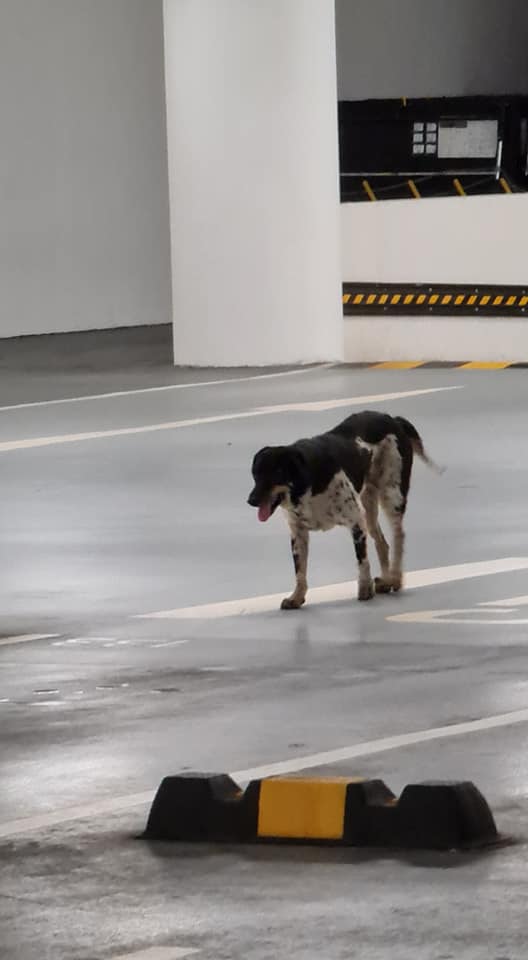 When the netizen tried to approach her, she would walk away without making eye contact. He thus tried contacting SPCA Singapore.

However, as the dog is “not injured or in distress“, SPCA has taken note in case others from the public reach out regarding the dog.

The dog was understandably in a distressed state as she couldn’t find her way out of the carpark.

We urge the public to help keep a lookout for the poor doggo to make sure she doesn’t get injured or starve.

Hopefully, the lost soul can be reunited with her owner soon.