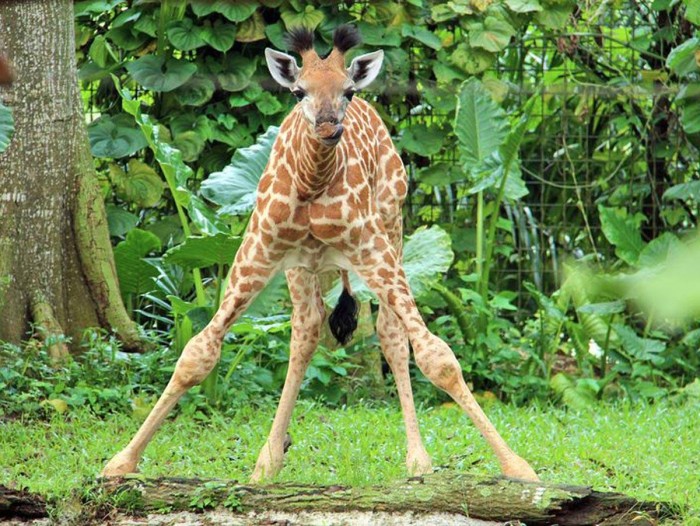 Since he was born on 31 Aug 2015, he was named after the theme of our extravagant SG50 celebration, Jubilee.

Just saying his name is bound to put a smile on people’s faces!

Abott GROW held a naming contest on the Abbott Strong Mums Facebook page during the start of this year.

Bet you won’t believe the names that made it to the finals, as reported by The Straits Times:

Jubilee’s dad is called Growie, so that extra “f” in his dad’s name isn’t exactly original.

No matter how you say it, it doesn’t sound nice at all.

Besides, does it not remind you of those uncles at the hawker centres when they yell “Kopi-o gao”

But wait it makes more sense for Gao Gao to mean 高高 in Chinese, which essentially means tall.

Nonetheless a really misleading name. Next!

The name just reminds us of shrimps:

Wait — I thought we are naming a giraffe here?

Again, we are naming a baby giraffe, not a puppy!

Baby Jubilee is a momma’s boy 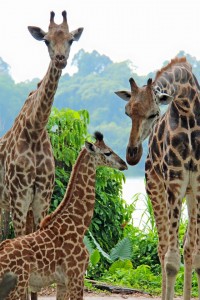 When he was born he was isolated from the herd and only joined the rest of the giraffes on 12 Nov last year.

Even though he is allowed to roam free in the exhibit, he chooses to stay close to his mom.

It was not only until recently that he started to venture on his own around the exhibit.

Currently, there are a total of 4 giraffes in the exhibit — baby Jubilee and his parents Roni and Growie, and another female giraffe, Lucy.