Rui En crashed into a stationary motorcycle while driving

If you haven’t heard, our favourite poker face actress got herself  in a car accident yesterday (14 Apr) at a Clementi Avenue 2 carpark.

At about 4pm, Rui En accidentally knocked over a stationary motorcycle which made the owner, Mr Bahrom Sarmiten of the motorcycle furious.

According to her entertainment company, she drove off to park her car first before settling the issue but Mr Bahrombel believed that she was trying to escape, scot-free.

Mr Bahrombel added that he heard deafening noise as he was walking to the car park and he saw his motorcycle had been knocked over by Rui En’s black BMW which appeared to have lost control as it drove onto a kerb.

As Rui En got off her car, the first thing she asked Mr Bahrombel was:

Unfortunately, Mr Bahrombel did not know who he was dealing with until a passer-by told him that Rui En was a celebrity.

To avoid such instances in future, here are 10 facts you should know about Singapore’s ice queen — just in case she asks the next time.

1. This is not the first time Rui En has been involved in an accident

Earlier this year, Rui En was involved in another car accident where she hit a car and drove off after, as reported by Lianhe Zaobao.

The owner of the car tracked her down by posting her car plate number on social media. Rui En subsequently contacted the owner privately to settle the issue.

We wonder if that car owner knows who Rui En is? This is the main reason why everyone should know who she is — Rui En has always been a crowd favourite.

Her 10 ‘Top Ten Most Popular Female Artiste’ trophies are evidently the fruits of her labour in the entertainment industry since 2005!

3. She came from a broken family 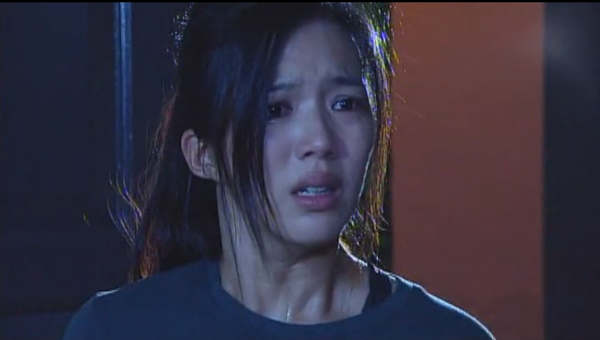 Rui En’s past hasn’t exactly been a bed of roses.

When she was a teen and the only child in her family, she used to smoke and drink on social occasions — all to get the attention she craved from her parents.

Her parents were going through a rough time and they eventually settled for a divorce when Rui En was 17.

Because of her family background, it made Rui En cautious when it comes to getting into a relationship. She said,

“My mother is quite upset and has said to me, ‘Please don’t use us (Rui En’s parents) as an example’. But when you grow up in that environment, you become careful. I would rather not put my welfare or my fate in the hands of somebody else.”

4. Rui En used to be a ballerina and a model before joining Mediacorp 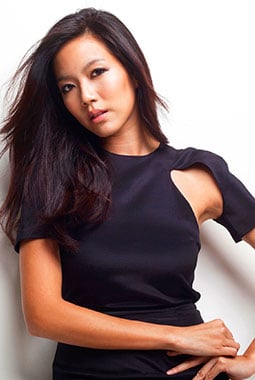 Rui En also did modelling before the start of her university.

Rui En’s lack of expression on her face has brought about many misunderstandings — people either like her because they think she is cool or they despise her arrogance.

Regardless, her reserved expression and icy persona has a story behind.

In the past, she felt that the popularity and fame could fill the emptiness in her heart, possibly caused by the effects of having to live with a broken family. This was one of the main reasons why she entered the entertainment industry — because she was hungry for fame.

Rui En loathed that part of her career and since then, she has made drastic changes to how she feels about working in the entertainment industry. She decided to stop make her broken family the excuse for her behaviour. 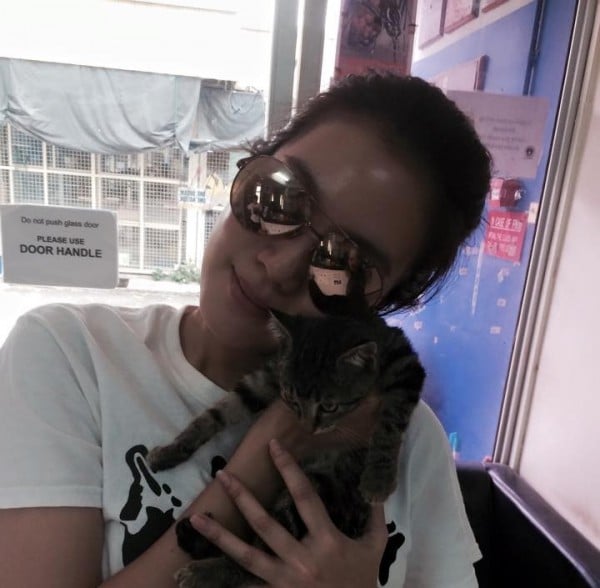 Rui En paid a visit to the SPCA back in 2015 and left with a little kitten, Bingo! The kitten was rescued from a glue trap and now resides in her loving arms!

Rui En has also been actively volunteering her service at Beyond Social Services and she even penned her experience in hopes to inspire others.

Her fan club, RBKD, offers charitable services to the needy as a birthday gift for Rui En. Now, no meaningful birthday gift ever could top all the kind hearts in her fan club!

7. Rui En debuted as a singer in Taiwan and collaborated with Jay Chou

Rui En went to Taiwan in 2002 to establish her music career and she first appeared as the female lead in Jay Chou’s music video, Secret Code and endorsed the Panasonic GD68 with him.

Her first Chinese album was released,  Rui ∑n vol. 01 where Jay Chou helped with composing one of the songs. Poor Rui En was flamed by his fans as they warned her not to get too close to Jay Chou.

Her talent in singing got her nominated as the Best Local Singer in the Singapore Hits Awards 2003 and was invited to perform at Singapore Day 2009 at London’s Hampton Court Palace.

8. She means what she says 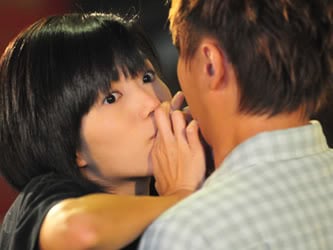 When her career took off, Rui En decided that she was done with doing kissing or intimate scenes when acting.

This limited the roles she could play — she once rejected a high-profile role in The Defining Moment and Fann Wong took her place instead.

Some accused Rui En of being unprofessional but her stance never wavered. As a result, it led to a few producers blacklisting her.

9. Occasionally, she knows how to let loose too 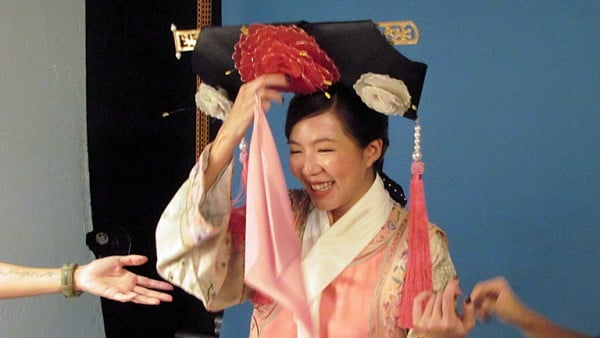 Contrary to popular opinion, Rui En is capable of having some fun too.

During the shoot for The Journey: Our Homeland, actor Shaun Chen said, “She’s very fun and nice to hang out with,” and added that it was really comfortable working with her.

Rui En even asked Chen to dance for her on set and joins in to dance and play with the kids along the streets of Malaysia.

While shooting for The Dream Makers 2, Rui En was asked to don a traditional costume which she had trouble trying to wear properly.

She laughed it off by saying that it will be a funny scene when it airs on television.

10. Rui En was a stellar student 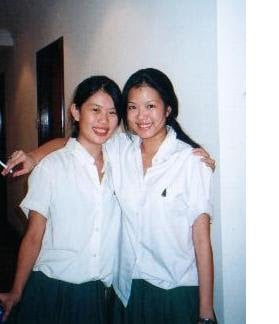 Rui En is not just another pretty face — she is the child every parents wished they had.

Despite her rebellious past, her last minute studying habits always gets her to the top institutions in Singapore.

She studied at Singapore  Chinese Girls’ School during her Primary and Secondary level and went on to Raffles Junior College where she took her A Levels. She then graduated from Nanyang Technological University with a Bachelor of Business, specialising in Banking and Finance.

In 2007, Rui En was awarded with the Nanyang Outstanding Young Alumni Award by Nanyang Technological University.

The next time you get involved with Rui En

It appears that Rui En has been a little clumsy lately so in case you get into a sticky situation with her, you ‘ll now know what to say!

Featured image via RBKD
With reference to Wikipedia, Asia One, RBKD, Asia One, The Straits Times 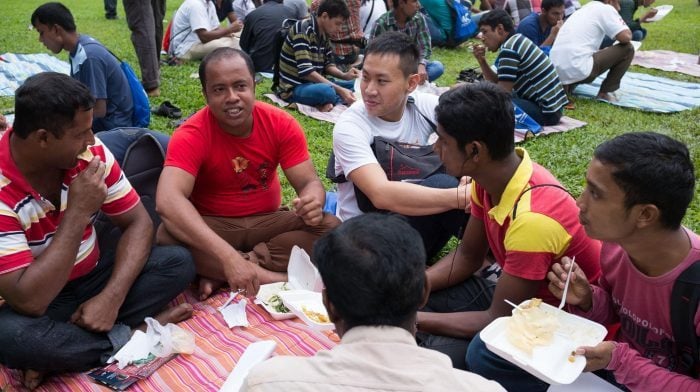 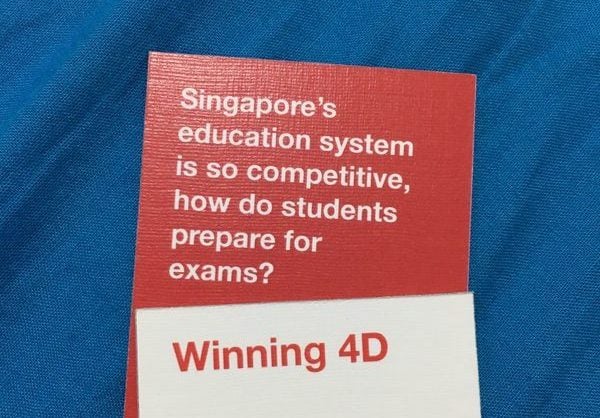