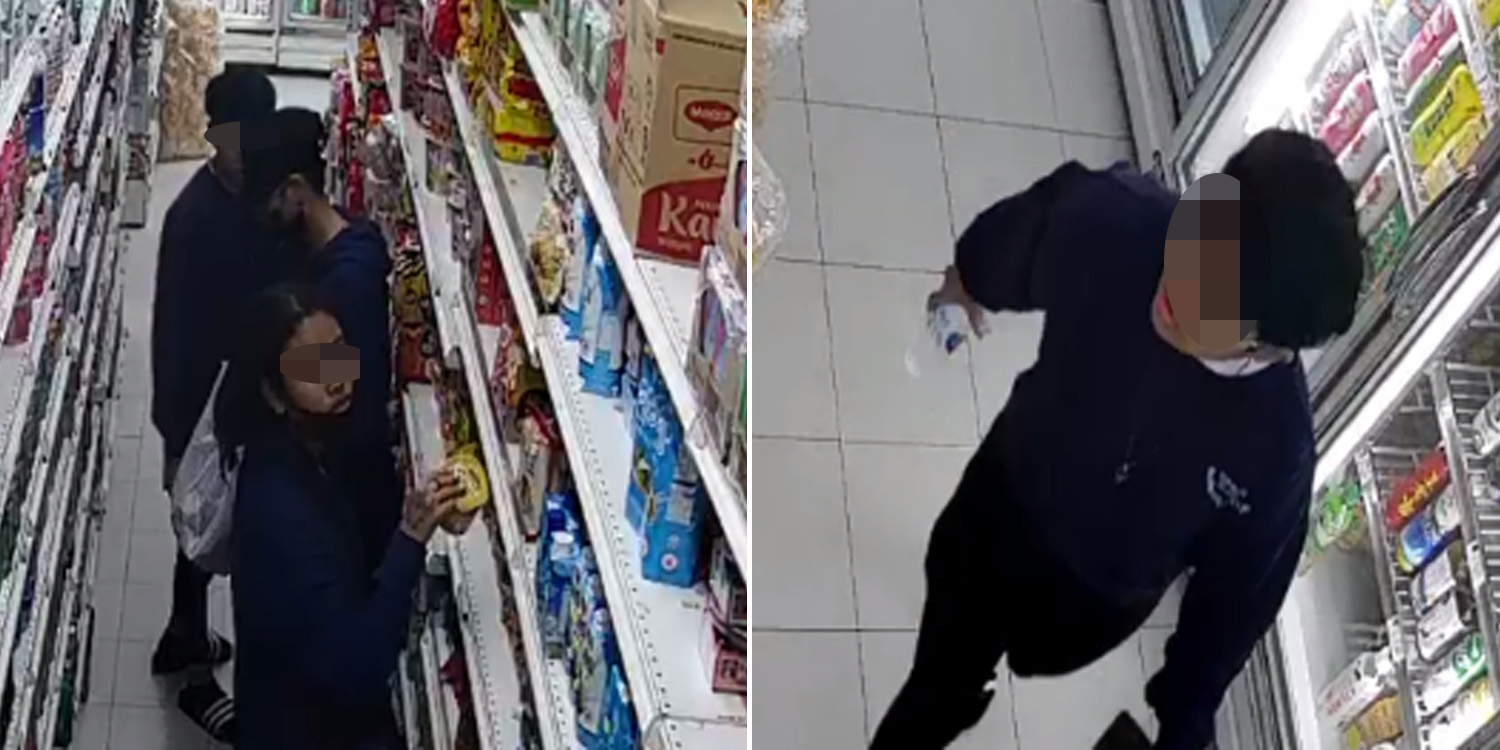 The children have been urged to take responsibility for the crime.

Three teenagers allegedly stole several items from a minimart in Bukit Batok recently. CCTV cameras in the shop captured footage of their actions. 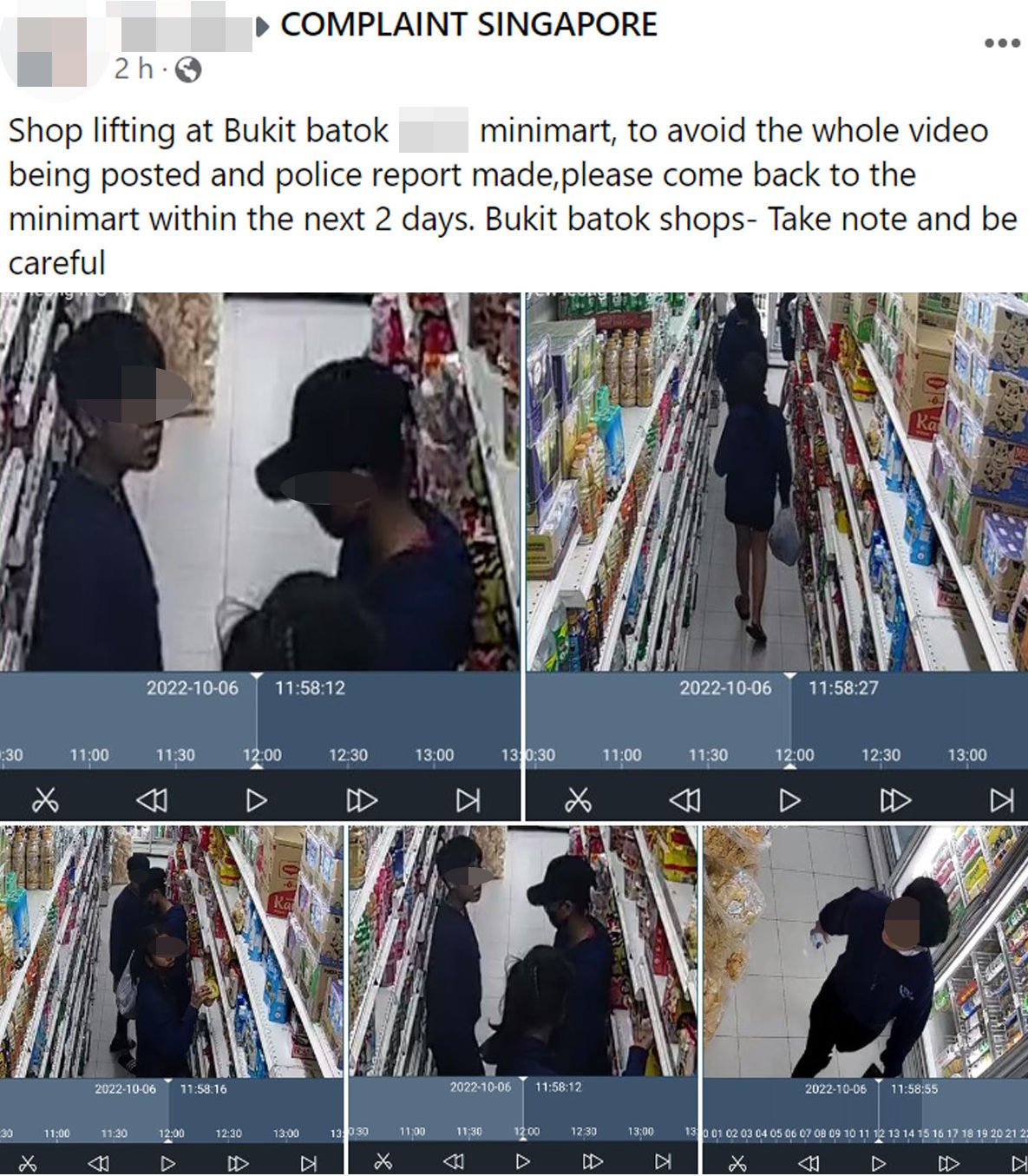 In response, an individual has offered to pay for the shoplifted goods, in a rare example of kindness in Singapore.

A netizen posted pictures of the incident to Complaint Singapore Facebook page on Thursday (6 Oct).

In the images, three teenagers take various items off the shelves of the minimart. 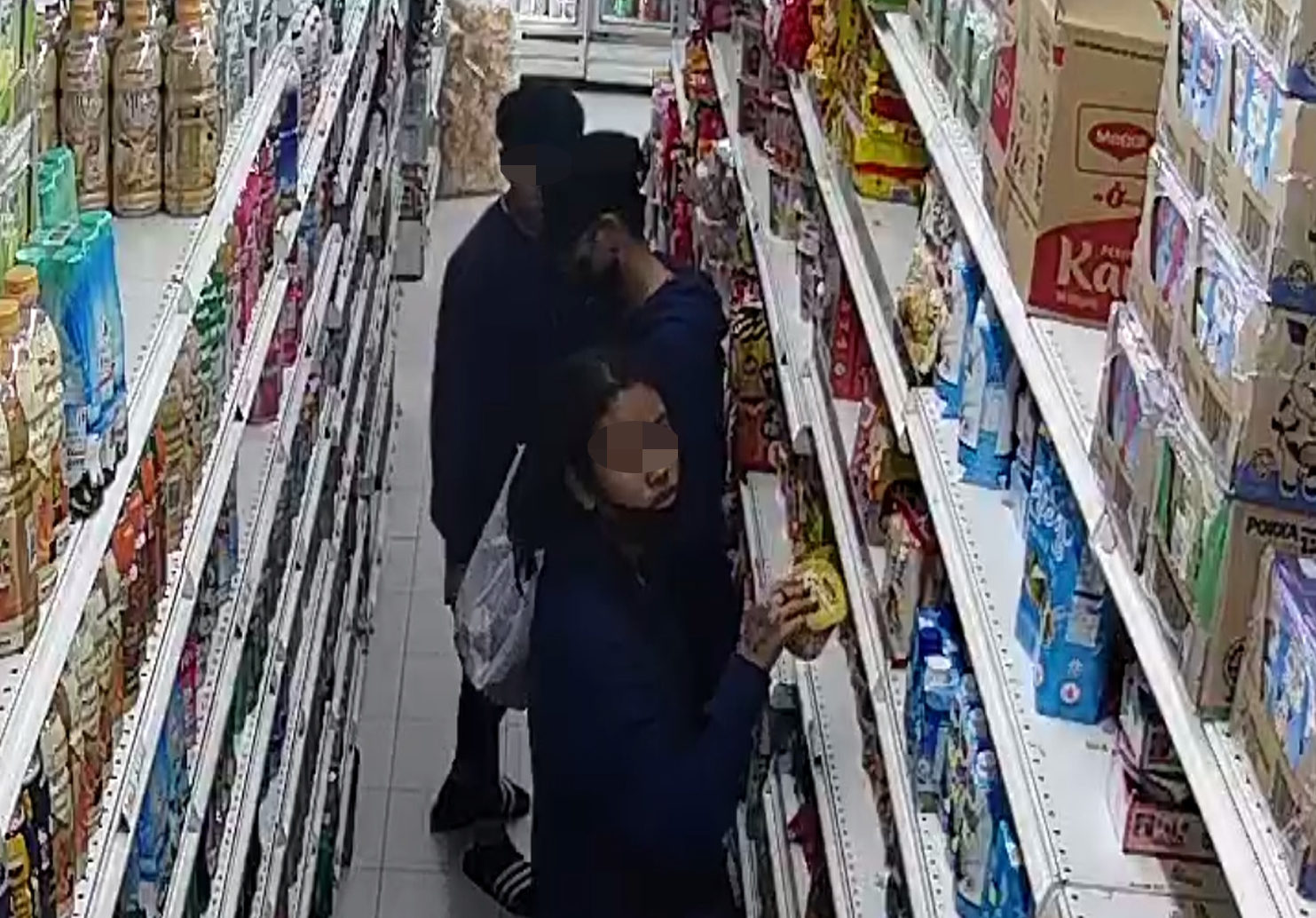 The OP added in a separate comment that these involved one bottle of Absolut vodka and a cup of mashed potatoes from Maggi.

The teenagers then vacated the premises with their loot. The OP urged them to confess to the crime within the next two days to avoid having the actual footage posted online.

They also warned other minimarts in the surrounding area to remain vigilant in light of the incident.

Fortunately, not everything about the minimart’s situation is as dire.

Another netizen has commented under the post, offering to cover the cost of the stolen items for the three teenagers.

The OP has also received praise for withholding footage of the incident, giving the teenagers the chance to claim responsibility for the incident.

After all, they could have adopted a much harsher stance towards the children but chose not to.

MS News has reached out to the OP of the post for more information on the matter.