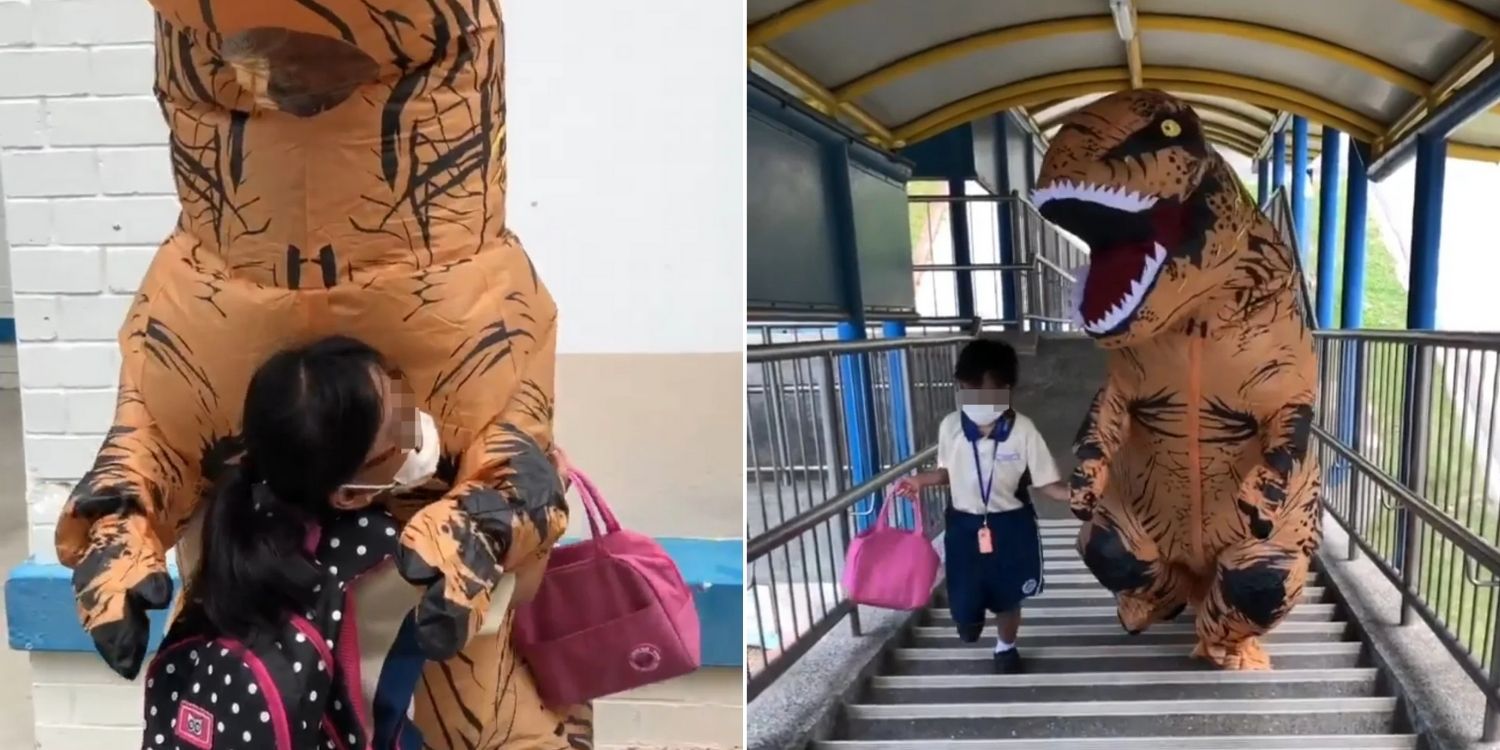 Boy Dons T-Rex Costume To Fetch Sister, Becomes An Attraction At Her School

Siblings often resort to bickering to communicate. But no matter how much they fight, there’s nothing like a sibling’s bond.

That was the case when a brother decided to surprise his younger sister at school. While that may sound heartwarming in itself, it’s what he was dressed in that made the story extra sweet.

Waddling up to the school gate in a T-Rex costume, he was swarmed by students before finally embracing his surprised sister with a hug. 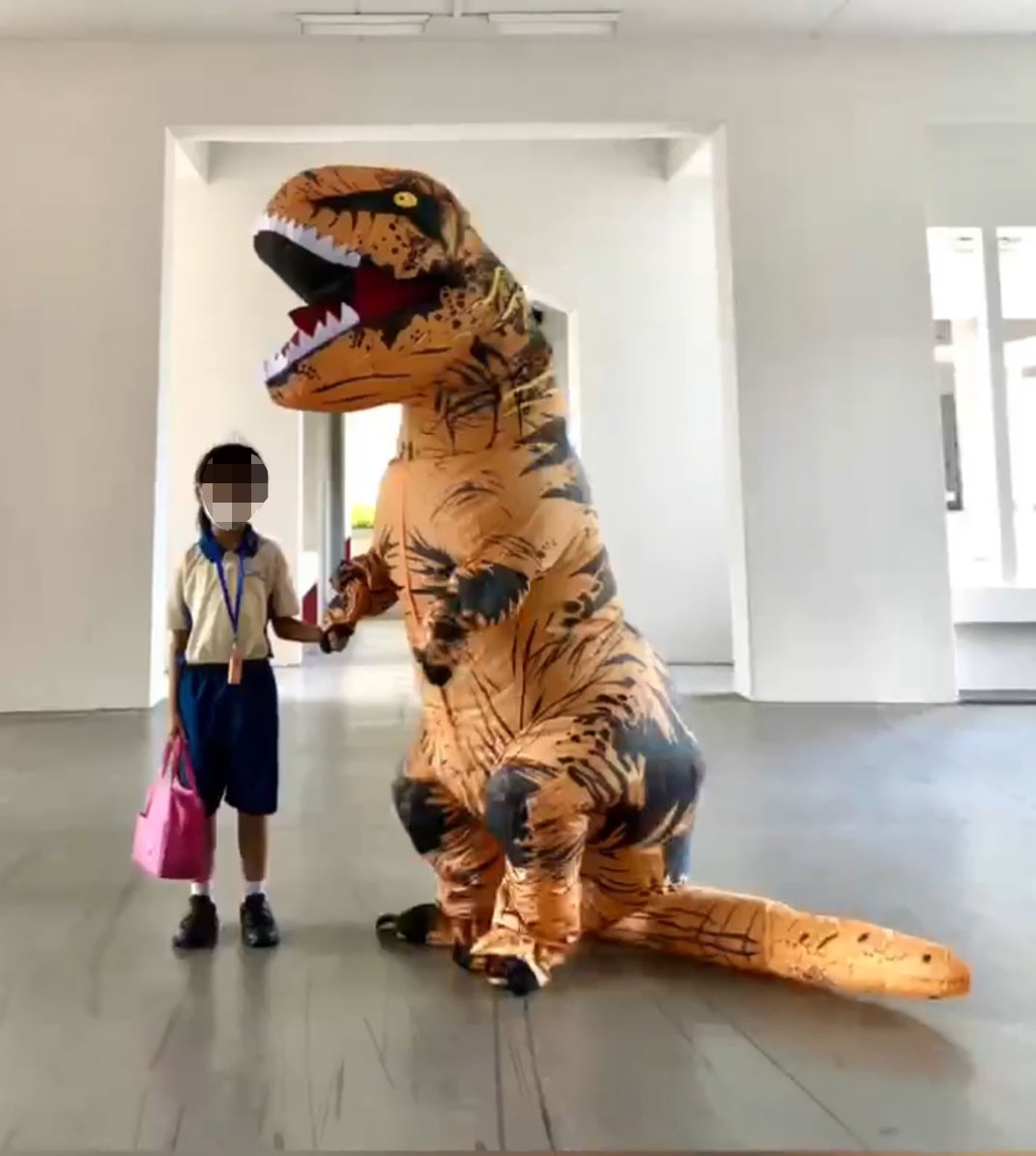 The brother then held her protectively as they returned home.

Brother dresses up in a T-Rex costume

In a Facebook video on Friday (23 Jul), the brother can be seen walking towards the school gates in the T-rex costume.

He clumsily waddles towards the gate much to the amusement of surrounding adults who looked on curiously. Based on the surroundings and the uniforms, the school seems to be White Sands Primary School.

The video then pans towards the gates where the students are lined up and ready to leave the school premises.

The T-Rex’s appearance had apparently caught the attention of the kids who rushed out to approach the ‘real life’ dinosaur.

The students, who were in awe, trod carefully around the costumed boy. While some had the courage to poke and prod, one particular student went as far as spanking the unsuspecting T-Rex. We hope the boy in the costume was okay.

Siblings embrace & hold hands as they leave together

In the next scene, the video pans towards the group of students, with a caption saying, “Here she comes!”

Even in the T-Rex costume, the young girl seemed to be able to identify her brother, whom she raced towards and hugged upon seeing. 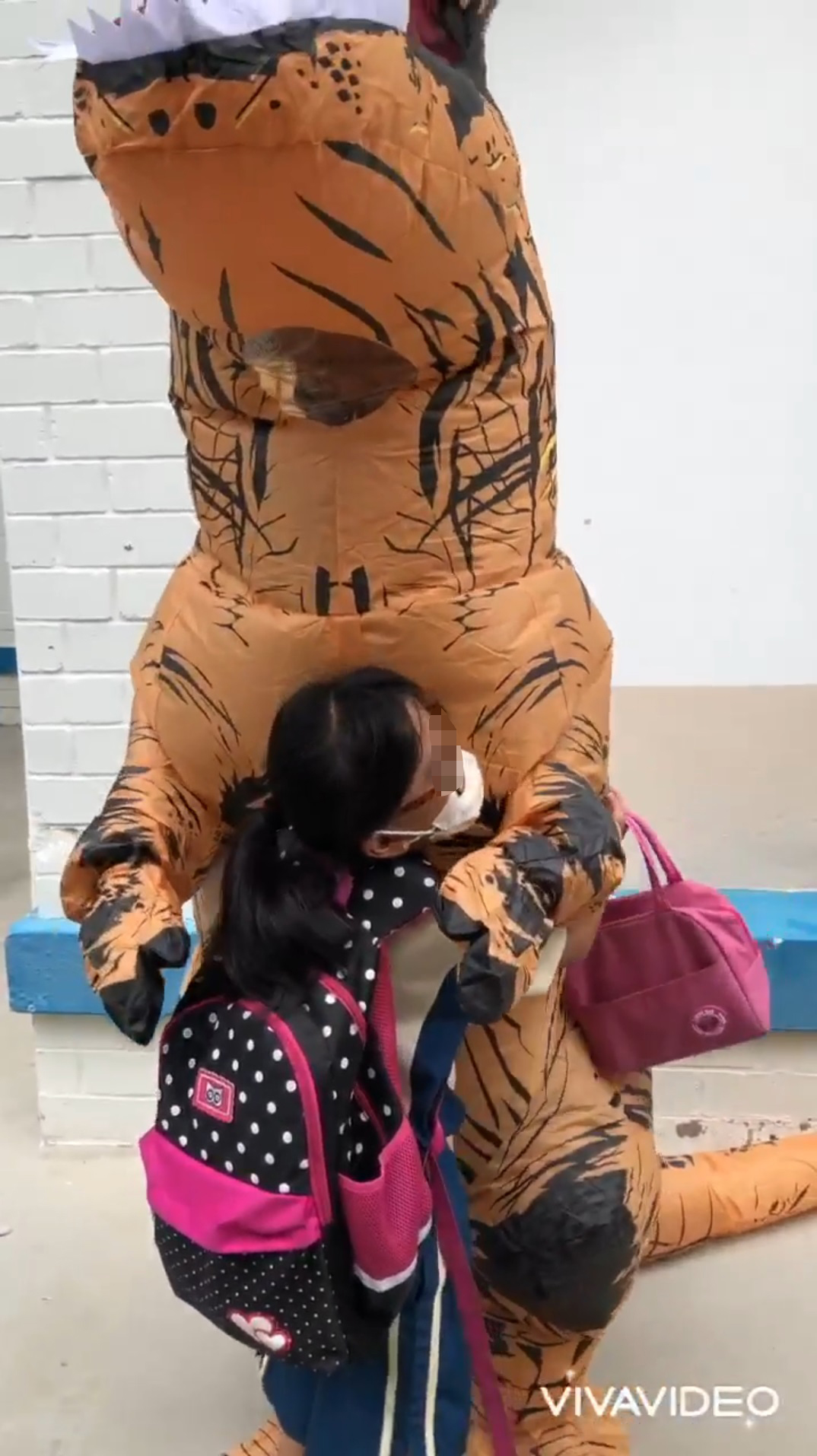 After that, they held hands lovingly and made their way home, even passing through an overhead pedestrian bridge. 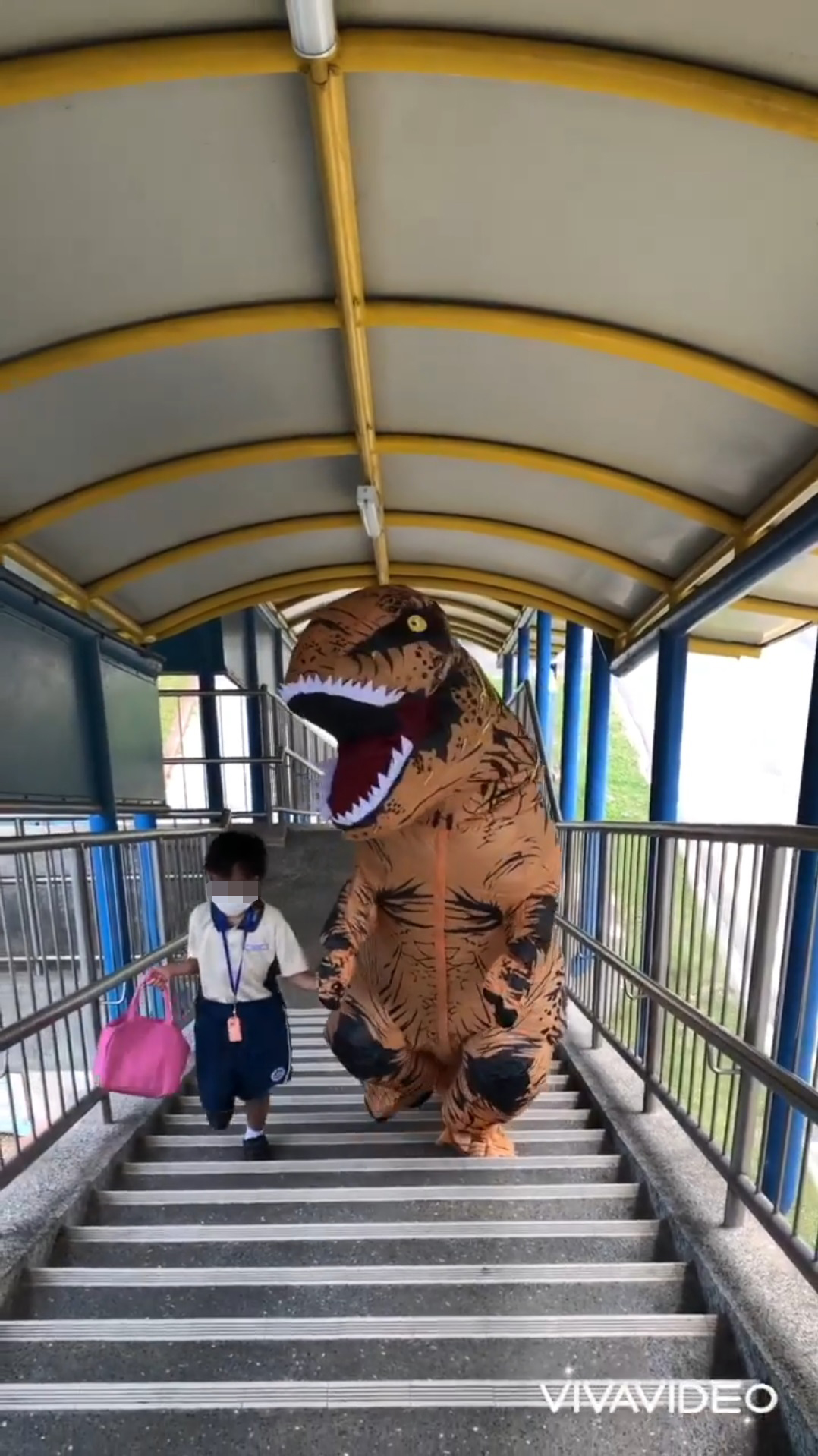 The video ends with a quote that reads, “Siblings exist to annoy each other and also to create happiness, for life.”

You can watch the heartwarming video in full here.

Kudos to the brother

Sometimes, it’s worth making the effort to see a loved one smile so brightly.

Kudos to the brother for making a lasting memory for his sister.

We hope their sibling bond will never falter and continue being the subject of envy for siblings everywhere.