For the past 2 years, Madam Reena (not her real name) has automatically opened the Grab app whenever she needed to get somewhere fast.

But nowadays, the 45-year-old educator has returned to the familiar blue of the Comfort DelGro app.

What led to the switch? Higher fares, explains Mdm Reena.

And that’s a growing gripe with Grab among its large customer base.

Mdm Reena recalls that the base fare for JustGrab – the app’s basic service – climbed from $5 to $6 earlier this year.

“Plus, there were promo codes back then. But without those codes now and higher fares, I much rather take a traditional taxi,” Mdm Reena tells MustShareNews.

Mdm Reena is one of the commuters who is reviving the taxi industry.

Facing major disruption from Grab and Uber a few years ago, the industry is set for brighter days in the coming years.

But it’s not just higher fares on Grab that are pushing this revival.

TODAY reports that at least 23,000 private-hire drivers, many of whom serve Grab, have yet to obtain their vocational licence.

The Land Transport Authority has set a Jun 30 deadline for them to get this licence – it effectively means that Grab could lose 23,000 drivers after next weekend.

And as higher fares keep customers away, Grab drivers also appear to be making the switch to traditional taxis.

But Grab is not taking this news sitting down.

The company has launched a PDVL clinic to help drivers get the PDVL faster. It is also considering switching its drivers from its taxi arm to GrabFood, its newly-launched food delivery service.

Tumbling COE prices suggest that the Government’s push for a car-lite society might actually be working, with more turning to public transport and taxis for their transport needs.

This provides a healthy market for taxis.

LTA figures show that the percentage of unhired taxis dropped from 12.5% in January to 9% in April.

How have you responded to the changing taxi industry? Let us know in the comments below.

Featured image from The Motley Fool. 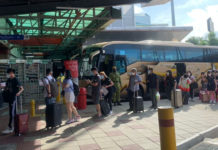 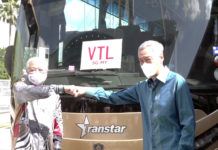