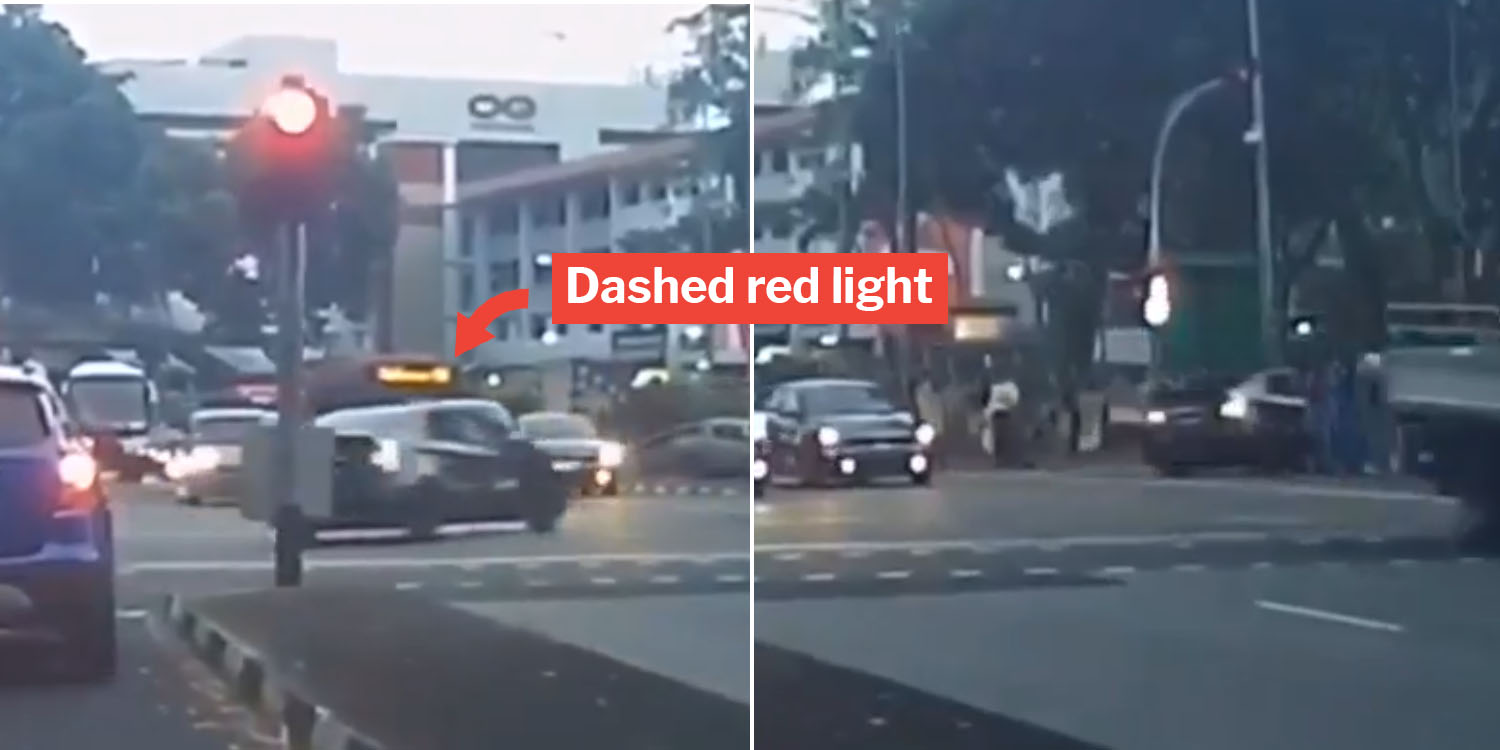 Taxi Runs Into Pedestrians After Turning On Red Light

Not long ago, a clip of a taxi slamming into the road barrier on Sheares Bridge went viral on social media.

But it seems like such accidents involving erratic motorist behaviour is on the rise.

On Friday (22 Mar), a fatal accident occurred at Queenstown where a taxi dashed a red light before running into 3 pedestrians.

1 of the 3 has sadly succumbed to her injuries, as of 23 Mar

Footage of the incident has been circulating on social media. One shared on the SG Kay Poh Facebook group has garnered more than 2,400 shares at the time of this article.

You can watch the video in full here. We also break it down for you after the jump.

Turned while the traffic light was red

At the start of the video, a taxi in maroon was cruising slowly along a right turning lane on Queensway, at around 7pm.

The next moment, a blue hatchback travelling behind the cab overtakes on the right, before stopping at a red light ahead. 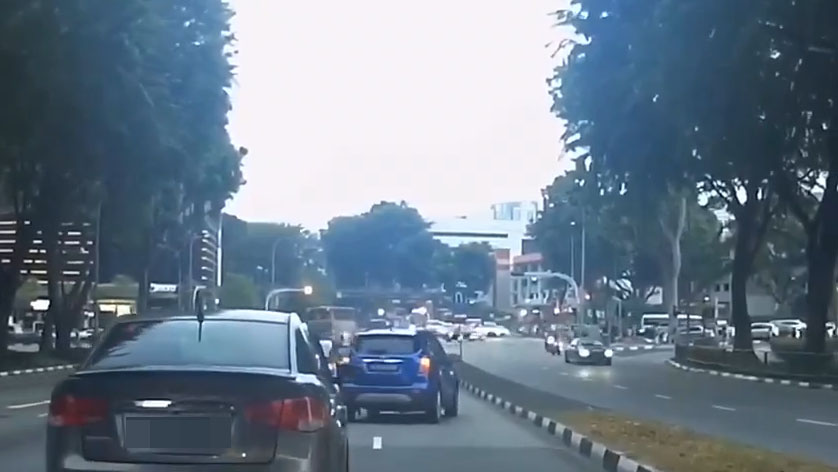 As the vehicle on which the dash cam footage is taken approaches, the taxi slowly eats into the lane on its right. 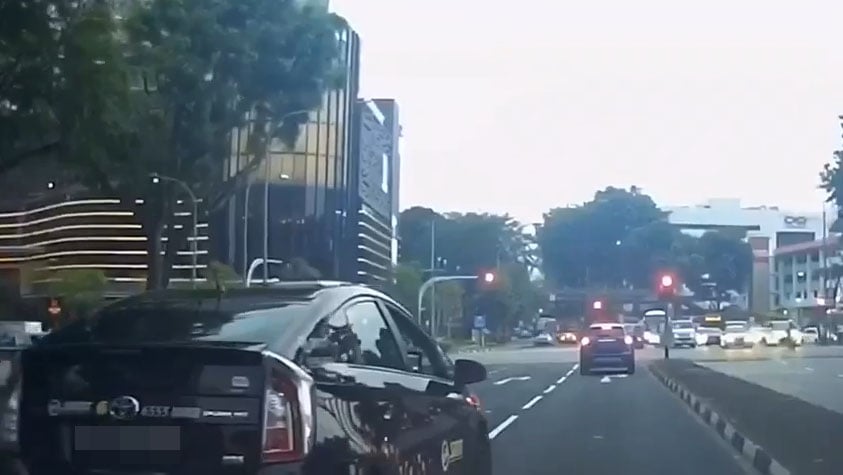 For some reason, the taxi driver turns on his hazard light. But instead of stopping, the cab continued crawling in the middle of the two lanes. All of a sudden, the taxi accelerates aggressively, cuts back to its original lane, and makes a sharp right turn at the junction, while the traffic light was still red. 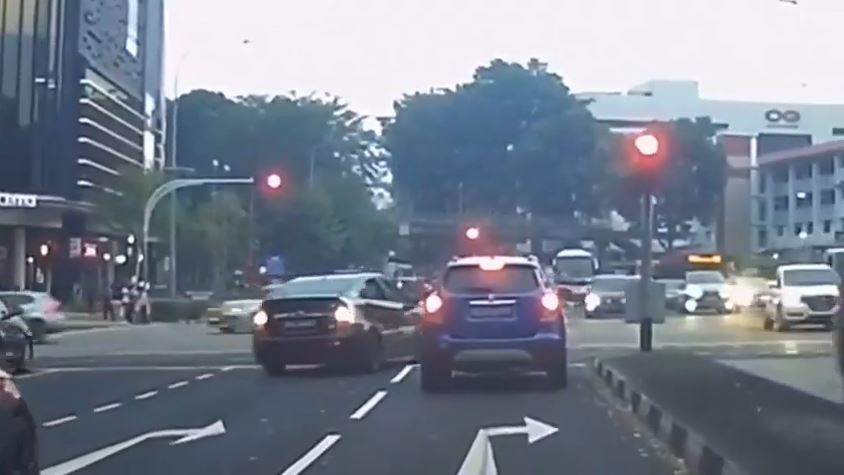 Traffic was busy at the point in time, and the taxi nearly collided with cars travelling on the other side of the road. 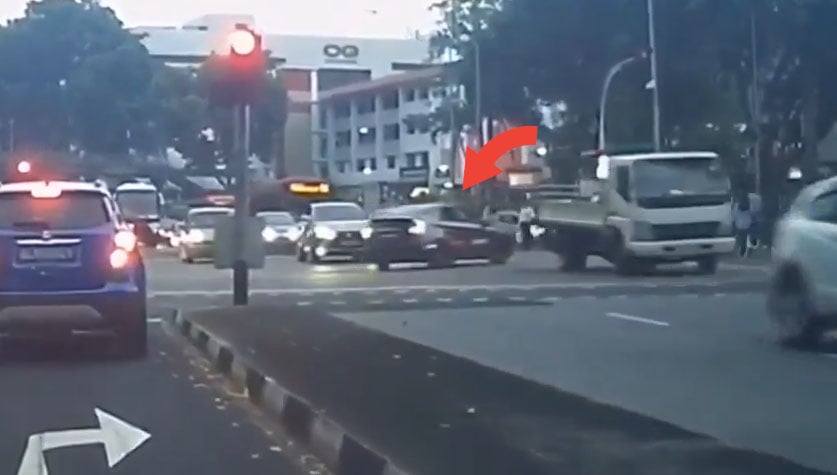 Here’s an image of the taxi’s reckless turn from another angle, courtesy of one Beh Chia Lor Facebook group contributor. According to the video description, the taxi collided into 3 pedestrians after running the red light.

These pedestrians were presumably struck by the taxi while crossing the road.

The older of the two – a 66-year-old woman – has sadly succumbed to her injuries.

As the dash cam vehicle executes the same turn, the maroon taxi was seen stopped along the road, with the front of the car stuck to the sidewalk. 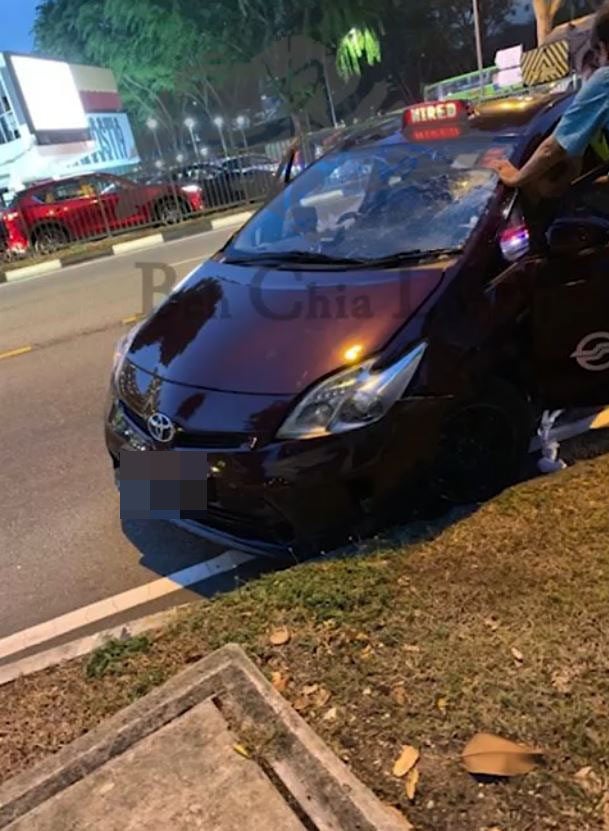 Speedy recovery to those affected

Our heartfelt condolences go out to the deceased’s family.

We hope the 2 other injured pedestrians involved in this accident will recover swiftly.