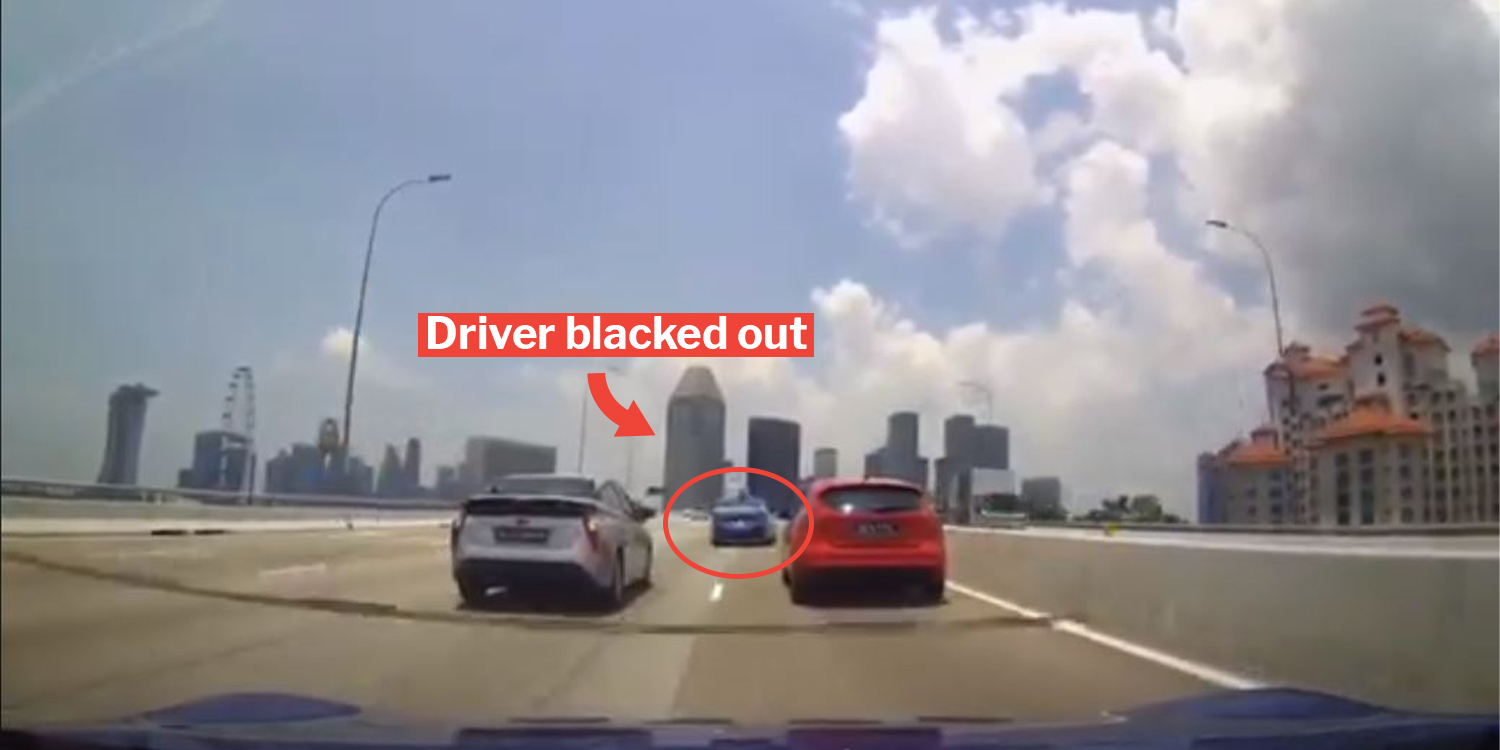 The incident happened along the East Coast Parkway (ECP) towards Sheares Avenue.

She also apologised on behalf of the company and the driver for the mishap.

Taxi swerves and smashes into divider

According to a voice in the dashboard recording, the blue-coloured taxi had supposedly smashed into the road divider once.

The vehicle then swung outwards and steered once more into the divider, causing a huge dent in the concrete.

When the taxi finally slowed down, a passenger was seen exiting the vehicle. 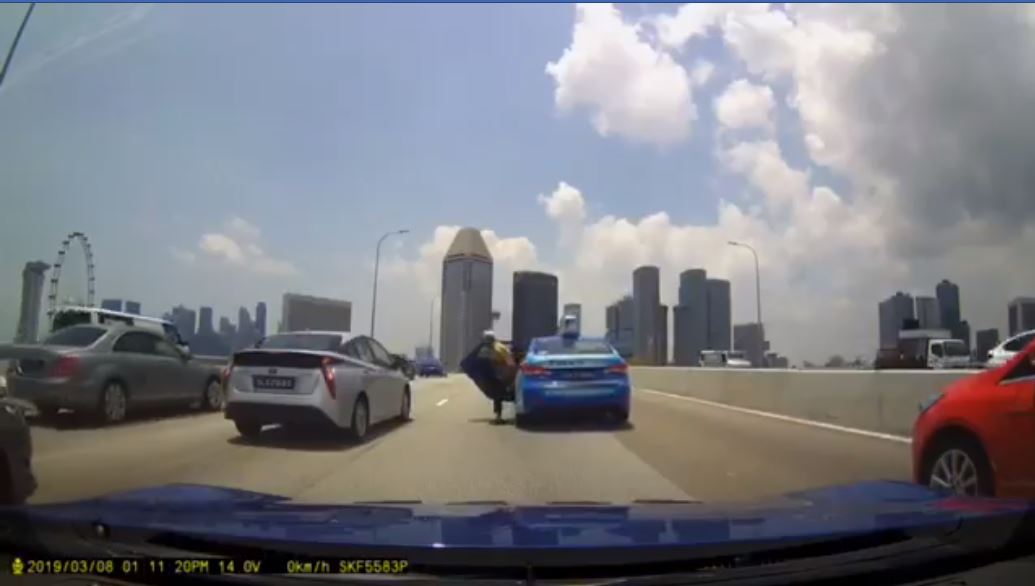 After the man had alighted, a silver car on the left side of the taxi moved ahead to intercept the vehicle. 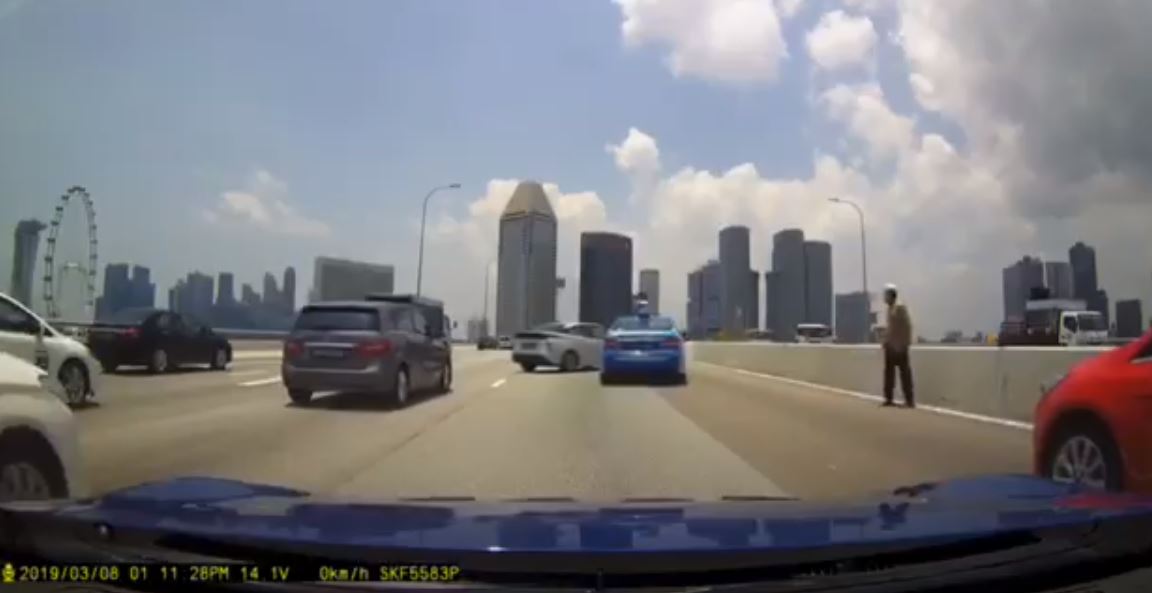 The taxi however, slipped around the car and continued trailing forward in a sinuous motion. It is unclear if at that point, the driver had regained consciousness.

Netizens were clearly eager to spill their theories about what actually happened.

One alluded the accident to a fight between the passenger and driver inside the vehicle, just like in the movies.

Another gave a whole set of reasons and advised others to not jump into conclusions.

Finally, one added a little humour to the situation with a detailed narrative. The taxi driver who blacked out behind the wheel is currently warded in hospital for observation.

In the meantime, ComfortDelgro is trying to get in touch with the unidentified passenger to check if he is fine. Anyone who can contact him should inform him of the taxi company’s appeal.

Thankfully, no one was seriously hurt in the incident. If the taxi had been going much faster, the consequences may have been more than a damaged road divider.