Dogs are universally known as a man’s best friend, and having a pet depart from this world one day is arguably a pet owner’s worst nightmare.

On Saturday (23 Jan), one owner unfortunately lost her beloved 1-year-old doggo to a hit and run accident at Telok Kurau. 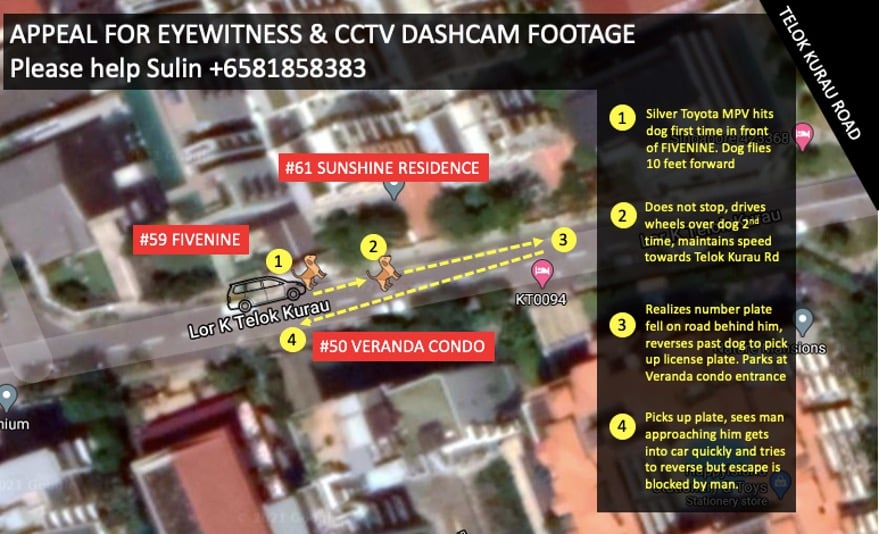 The owner, Ms Lau, is appealing for dashcam or CCTV footage to seek justice for her dog, Leia.

According to the Facebook post made on 25 Jan, Leia was allegedly hit twice by a silver Toyota multi-purpose vehicle (MPV) in front of a condo estate at Lorong K Telok Kurau. 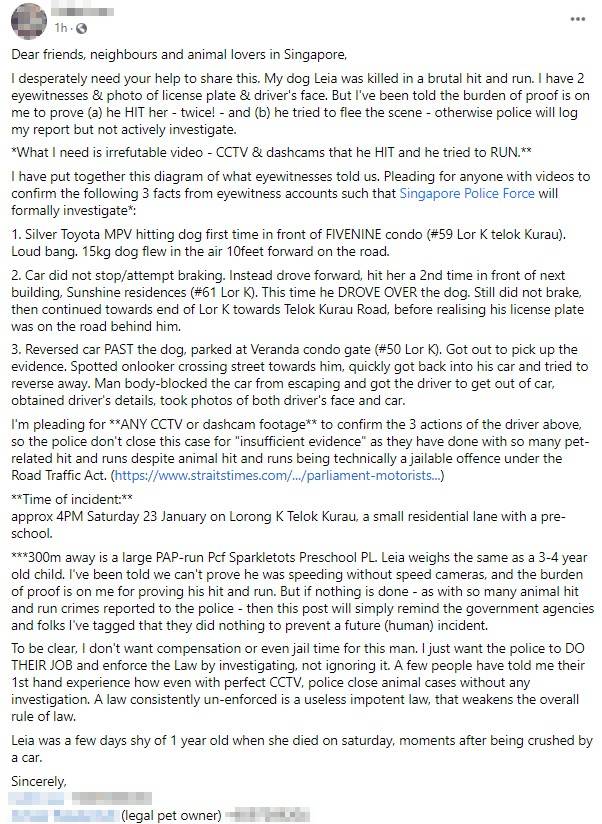 The accident took place at around 4pm on Saturday (23 Jan).

The 15kg mongrel flew approximately 10 feet forward upon the first impact of the MPV.

Instead of stopping to check on the poor dog, the driver had allegedly driven forward, this time running over her.

After realising that his license plate had fallen off due to the accident, the driver reversed his car to pick it up.

There were thankfully onlookers around who witnessed the accident.

One man even body-blocked the car to stop the perpetrator from fleeing. He managed to obtain the license details alongside a photo of the car and driver.

Ms Lau stated in her post that while she had eye witnesses to testify against the driver, she still requires video footage of the incident to strengthen her case.

According to Ms Lau, she was told that the police will not launch an active investigation if there is no substantial proof that the driver had firstly, hit Leia twice, and secondly, attempted to flee thereafter. 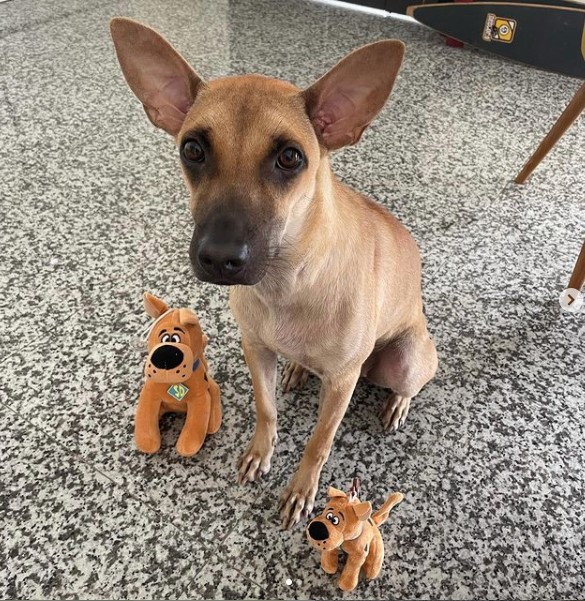 Hence, she’s appealing to the public for anyone who may have the accident footage on either their dash cam or CCTV.

Ms Lau stresses that while she isn’t seeking jail time or compensation from the accused, she wants more to be done by the relevant government bodies.

She said that what happened to her dog could easily happen to a pre-schooler along the same road in future.

Her concern may be there because the accident happened just 300 meters shy from PCF Sparkletots preschool.

Appeal for video footage to seek justice for Leia

If anyone has any evidence to help Leia’s owners, their contact number is available here.

We hope Leia is currently surrounded by lots of treats and belly rubs in doggy heaven. Our hearts go out to Leia’s pawrents.

Rest easy, Leia, and hopefully justice can be found.