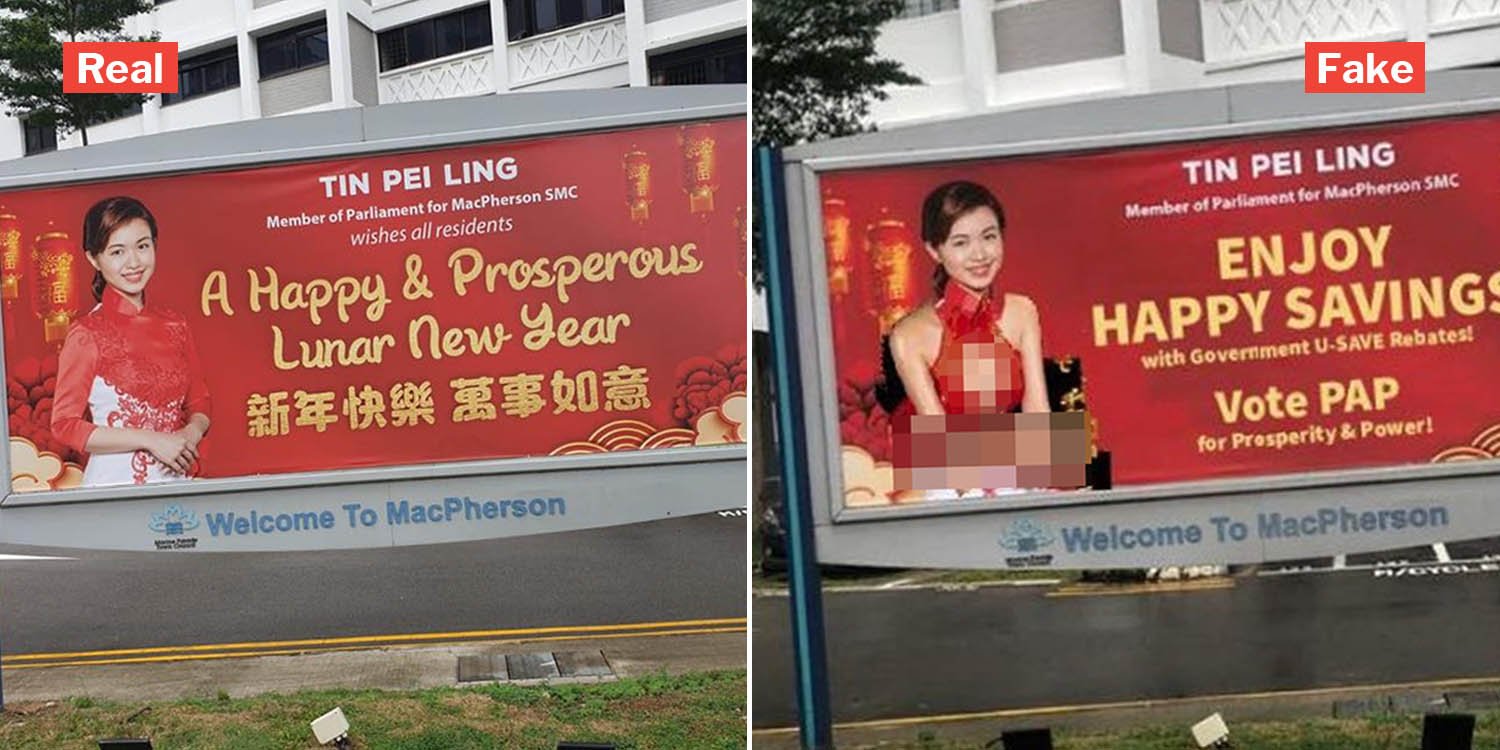 Please do not circulate the edited photo.

A questionable photo has recently been circulated on messaging apps featuring MP Tin Pei Ling dressed in a revealing cheongsam.

At around 4pm on Tuesday (21 Jan), MP Tin Pei Ling took to Facebook, debunking the edited picture as ‘fake news’, at the same time urging members of the public to stop sharing the doctored image. 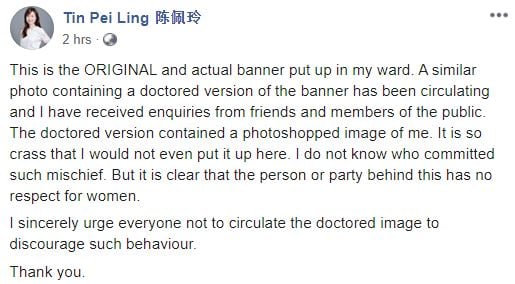 Started out as a harmless CNY banner in Macpherson

According to Ms Tin’s post, the CNY banner was put up in her ward of MacPherson SMC. 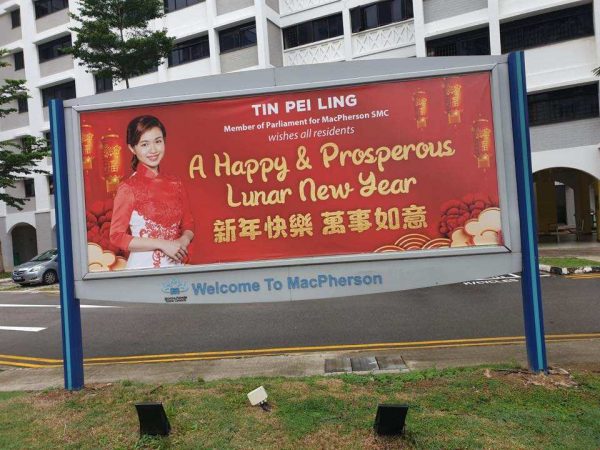 In the original photo, Ms Tin was dressed in a long-sleeve cheongsam with the message,

It also had a similar greeting in Chinese directly below the English one.

Elegant cheongsam photoshopped into revealing one

Sometime on Tuesday (21 Jan), a heavily doctored image of the festive poster started circulating on messaging platforms like Telegram. 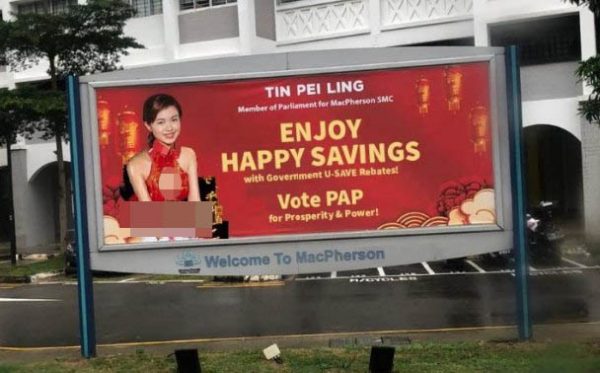 The doctored banner
Image sourced via All Singapore Stuff on Telegram

Instead of the elegant cheongsam that she was originally dressed in, the heavily photoshopped banner has her donning a revealing qipao, showing cleavage.

Instead of the CNY greeting, the fake picture has her telling residents to “enjoy happy savings with Government U-SAVE Rebates!”.

The Chinese greeting was also altered to,

Needless to say, this entire incident is likely to be politically motivated.

In the post, Ms Tin claims that while she has no idea who’s the mastermind behind this mischief, whoever did it must have “no respect for women”.

She also urged members of the public not to circulate the photoshopped image to discourage similar behaviour.

Hope whoever was behind this will be brought to justice

If you happen to come across Ms Tin’s edited photo, please do not circulate it so as to prevent further distress to Ms Tin and her family members.

We hope the person behind this disrespectful act will be brought to justice soon.