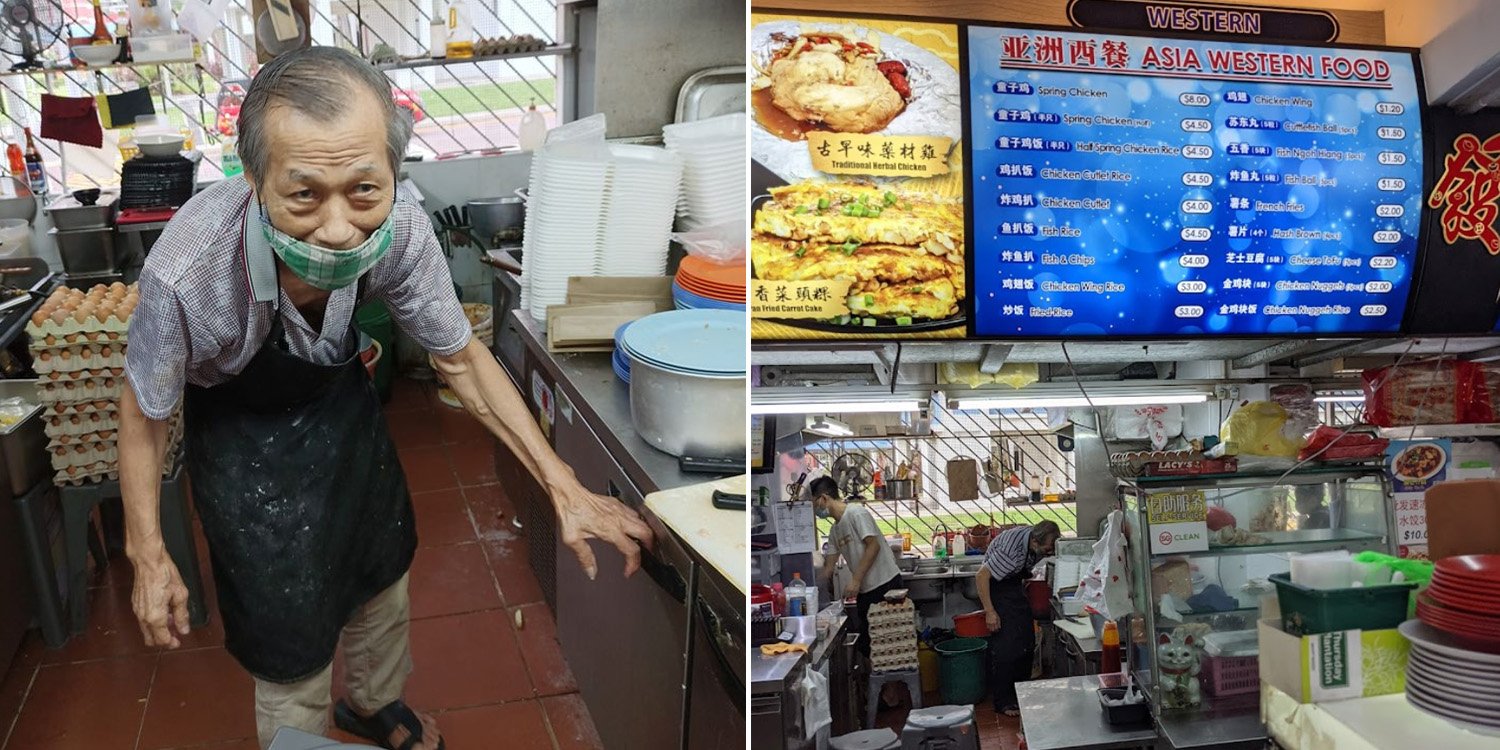 Uncle Lui barely took a rest day in the 38 years he ran the stall.

Known for its old-school western delicacies, Asia Western Food has been serving affordable food to Toa Payoh residents for the past 38 years.

Sadly, Uncle Lui – the 79-year-old uncle running the stall – has reportedly decided to retire due to old age. 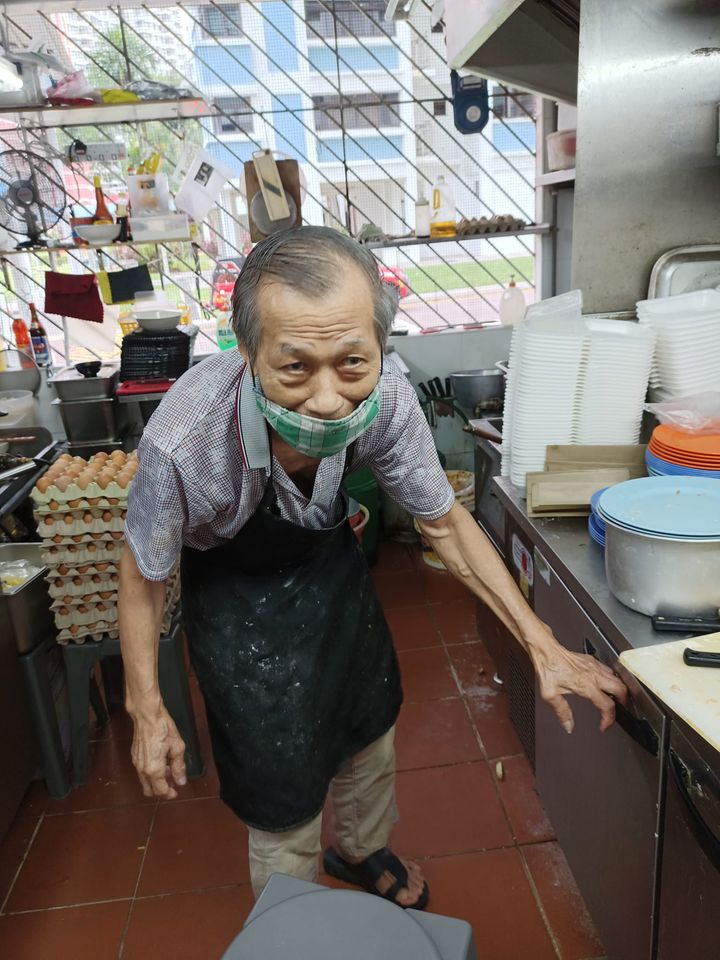 Announcing the news of the stall’s closure, Uncle Lui’s daughter took the opportunity to thank customers for their patronage over the years.

After running the stall for the past 38 years, Uncle Lui has decided to retire due to old age. 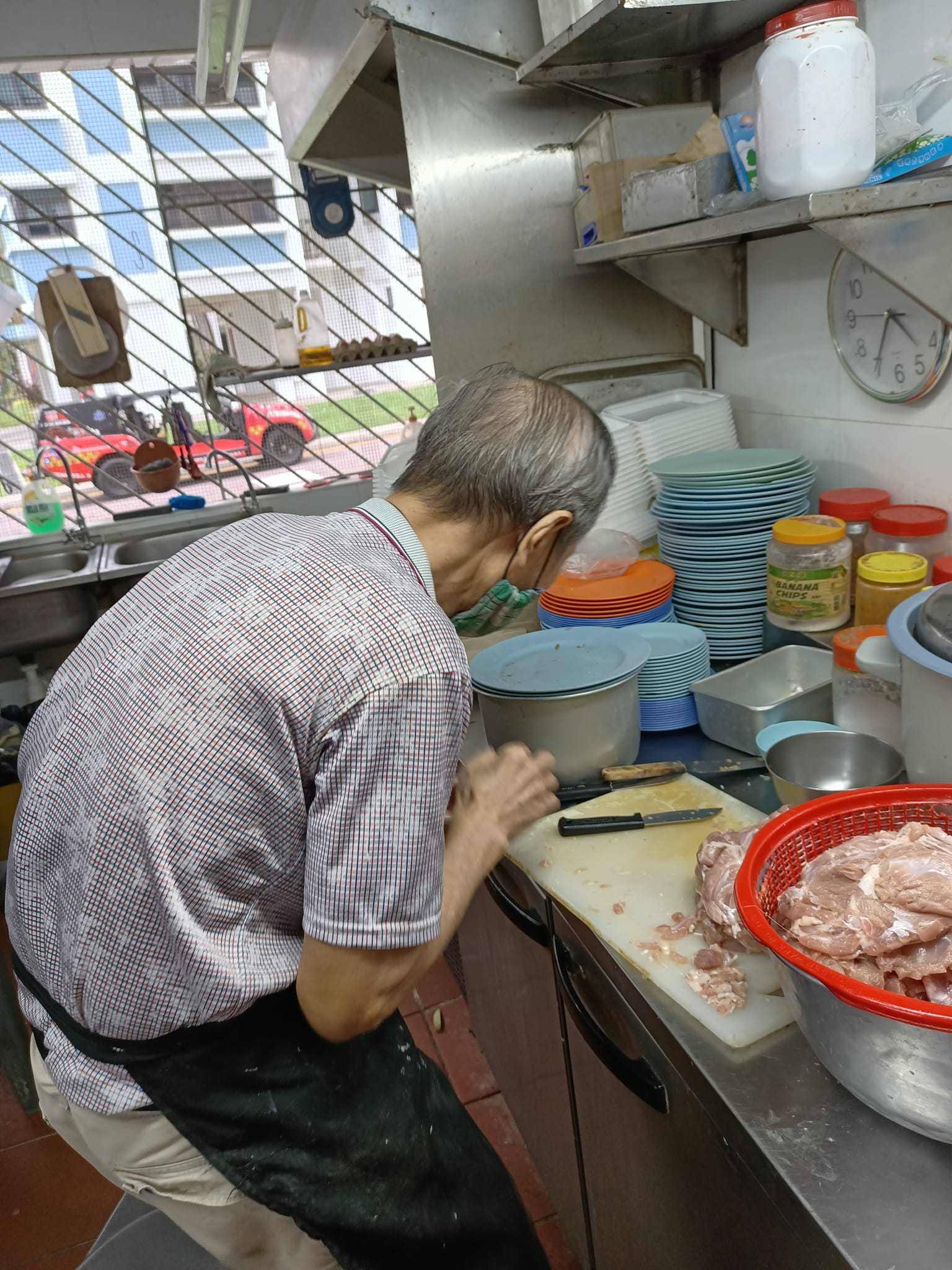 To put things into perspective, fish & chip and chicken cutlet are both available for just S$4 at the stall, as of Nov 2021. However, old age has caught up and Uncle Lui apparently feels it’s time for him to retire.

Reminiscing their encounters over the years, Uncle Lui’s daughter said they’ll miss the times spent with their customers, sharing life’s joys and challenges.

She wrote that what warmed her father’s heart most was seeing customers, who patronised his stall as little boys and girls, returning years later as men and women — some even with children of their own.

Could not find a suitable successor

Uncle Lui’s daughter also shared that the stall has rarely ever closed for rest days.

As such, the only opportunities for the family to gather were on occasions when they headed down to help out at the stall.

Unable to find a successor who keeps to the “standards and principles” that the stall follows, Uncle Lui’s daughter said they believe it was better to shutter down.

Ending her post, she thanked customers who patronised her father’s stall over the years and urged them to say hi if they ever meet again.

Besides being well-known among residents of Toa Payoh, Asia Western Food also went viral in Nov 2021 after a netizen appealed for more customers to patronise the stall.

During his interaction, the netizen learned that Uncle Lui developed a hunchback about two to three years ago.

When advised to see a doctor about his condition, Uncle Lui said he planned on doing so then, claiming his hunchback was getting worse.

Soon after the post went viral, large groups of customers visited the stall to show their support. 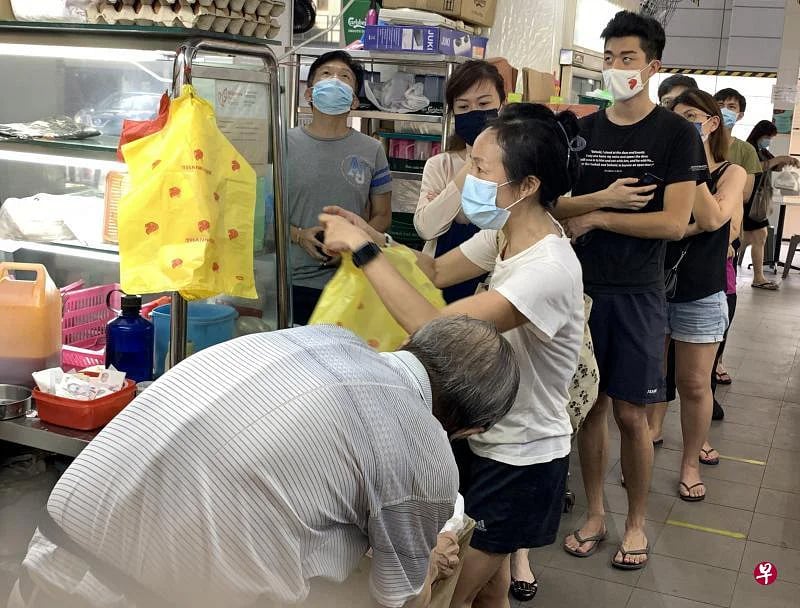 Business at the stall was so brisk that some ingredients were sold out at some point in the afternoon — Uncle Lui had to spend time marinating some other ingredients before reopening in the evening.

We wish Uncle Lui a happy retirement and thank him on behalf of all Toa Payoh residents for blessing them with affordable and tasty western fares over the decades.