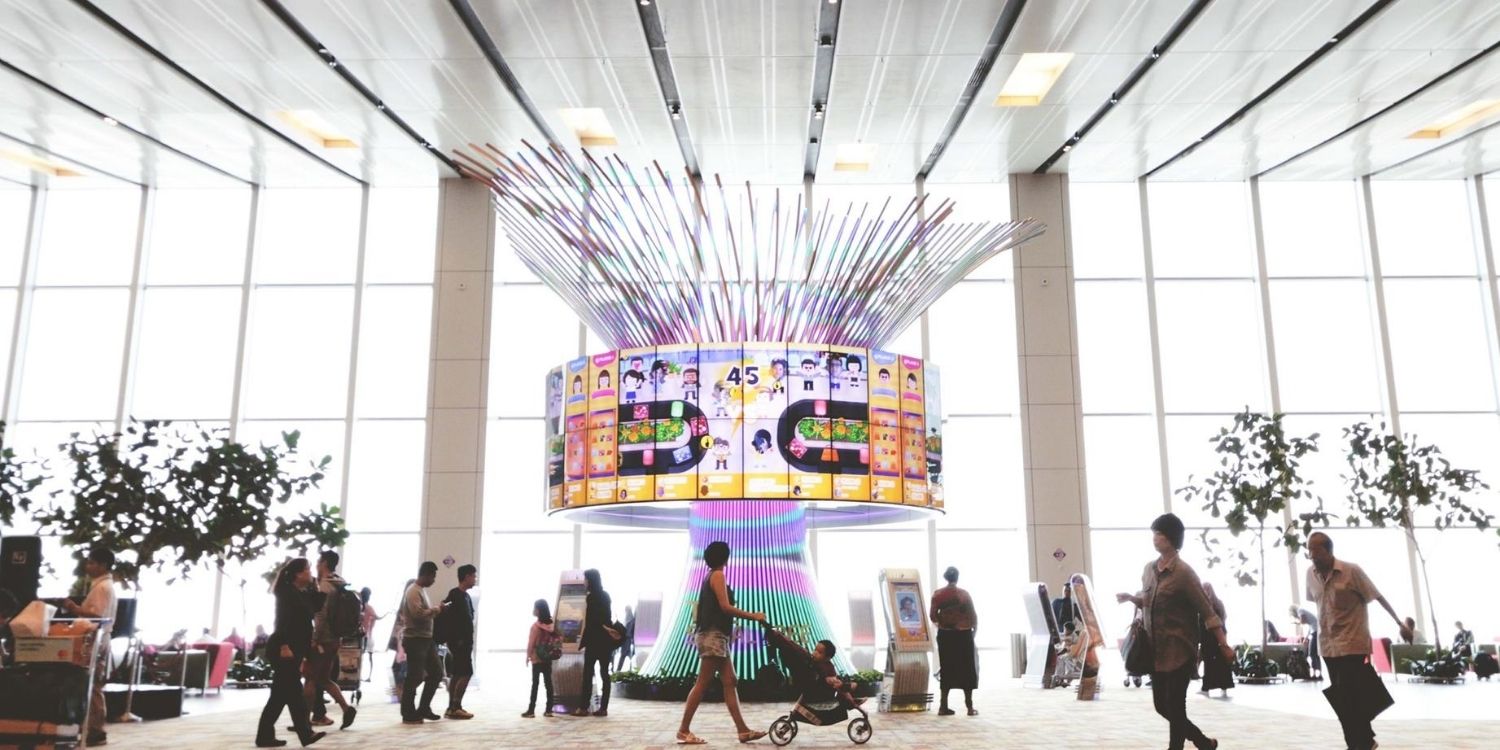 Transit Travellers From M’sia, Indonesia & Thailand Now Allowed, As Long As They Fly With SIA Group

Singapore’s award-winning Changi Airport hasn’t been its usual self for months, as the number of travellers in and out of Singapore plunges due to travel restrictions related to the Covid-19 pandemic.

However, if travellers can’t enter Singapore, they can still at least transit through Singapore after we allowed transits through Changi Airport on 2 Jun.

Since then, we’ve been progressively allowing travellers from more and more cities to transit through Singapore on airlines from the Singapore Airlines (SIA) Group.

The latest cities to join the gang are those in our close neighbours Malaysia, Indonesia and Thailand.

The Civil Aviation Authority of Singapore (CAAS) approved 8 cities in the 3 South-east Asian countries for transit travel on Tuesday (18 Aug), according to Yahoo News.

They join Vietnam and Cambodia, which were approved on 11 Aug, as the 5 countries from the region whose travellers can transit in Singapore.

However, only flights operated by the SIA Group have been given permission — that’s SIA, SilkAir and Scoot.

And these travellers must be travelling from these approved cities to any destination that these 3 airlines fly to.

Here are the South-east Asian cities whose travellers can transit for now: 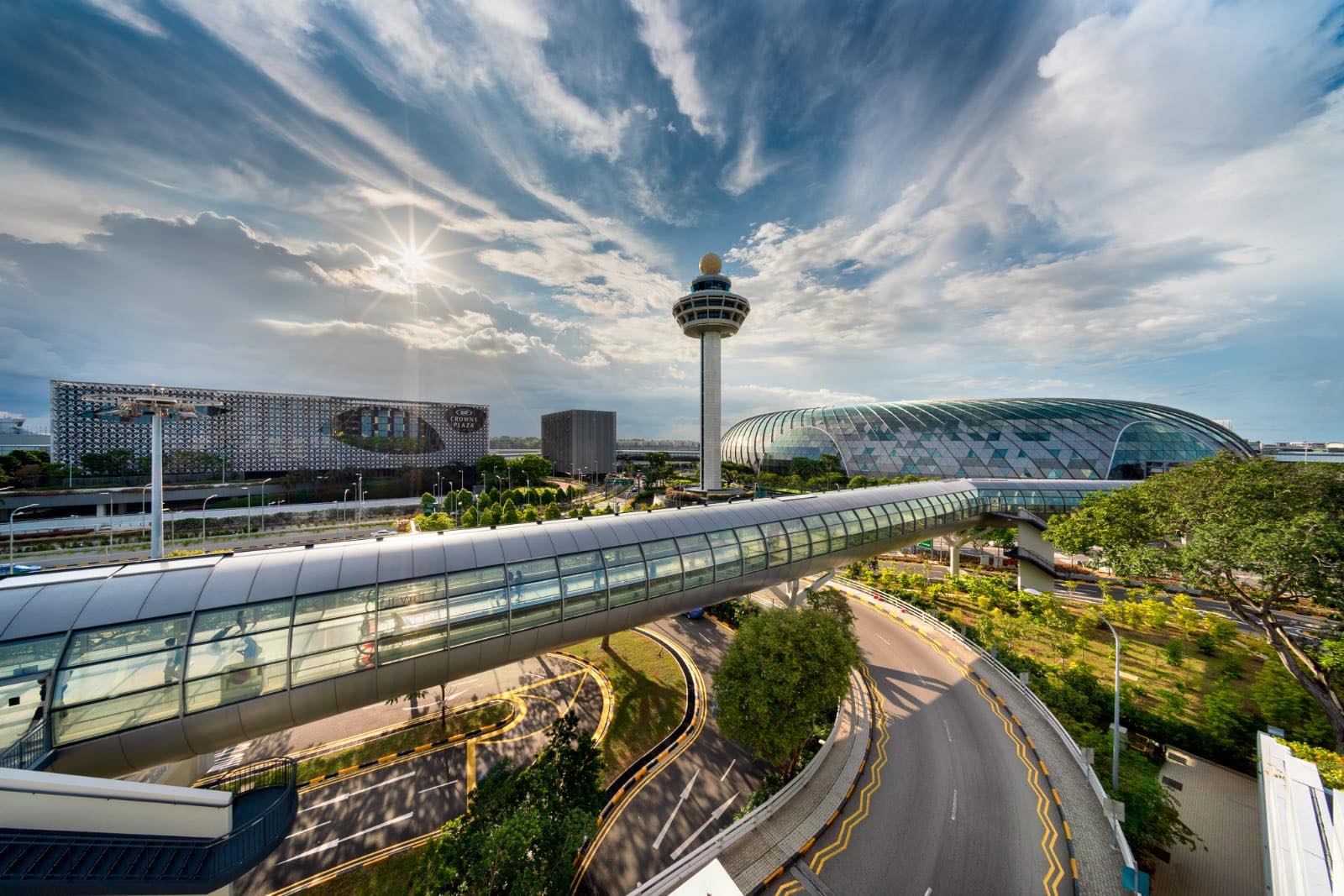 Transit travellers from a slew of global destinations allowed

Besides these 5 South-east Asian cities, the SIA Group had earlier been allowed to transit travellers from a slew of other countries in the world, including China, Britain and Switzerland.

In June, passengers from 7 cities in Australia and New Zealand were allowed to transit in Changi Airport.

Special Transit Holding Areas were also set up for the arriving passengers, as they won’t be able to interact with other passengers.

We guess transit passengers from the subsequently allowed destinations will also have to stay at these special zones.

Here’s the full list of cities whose travellers are allowed to transit through Changi Airport: 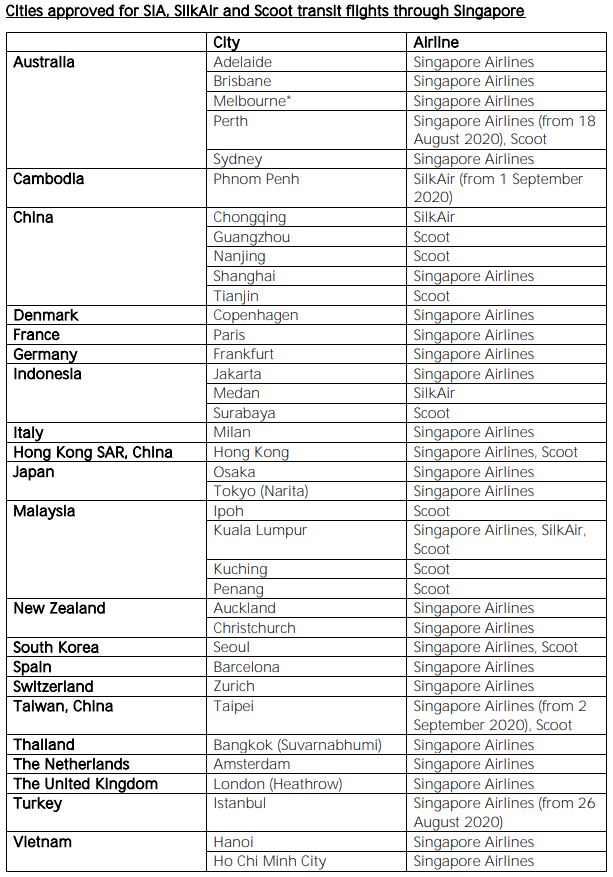 SIA won’t operate flights to Melbourne till 24 Oct, due to restrictions imposed by the Australian Government, possibly due to the renewed lockdown measures in the city due to a rising number of Covid-19 cases.

However, flights from Melbourne to Singapore will continue operations.

While most Singaporeans are stuck in Singapore for the near future, we’re glad that Changi Airport is slowly reopening to the outside world by catering to an increasing number of transit passengers, as well as performing other essential operations.

As we look forward to being able to travel again, we thank our airport frontliners for keeping their spirits up and working hard during this tough period.