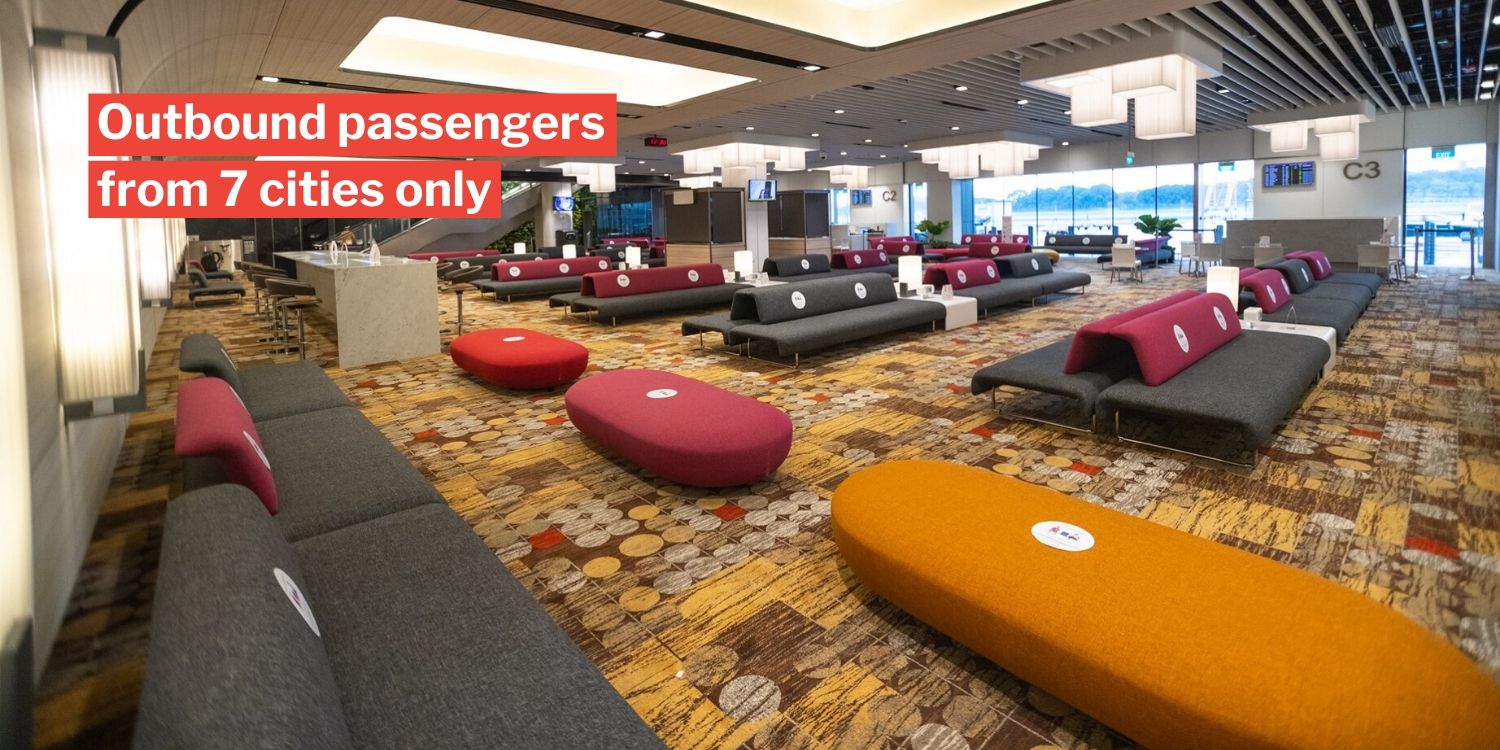 They will be taken to Transit Holding Areas.

As Singapore gradually reopens to the outside world, transit passengers were allowed to pass through Changi Airport from 2 Jun when the ‘Circuit Breaker’ ended.

While the Civil Aviation Authority of Singapore (CAAS) said in a press release in May that airlines should submit proposals for transfer, it wasn’t indicated which airlines will be allowed to transit passengers, and where these passengers would be from.

Now, Changi Airport has announced that the first few transit passengers allowed in the airport will be from Australia and New Zealand, and they will be on flights operated by our national carrier Singapore Airlines (SIA). 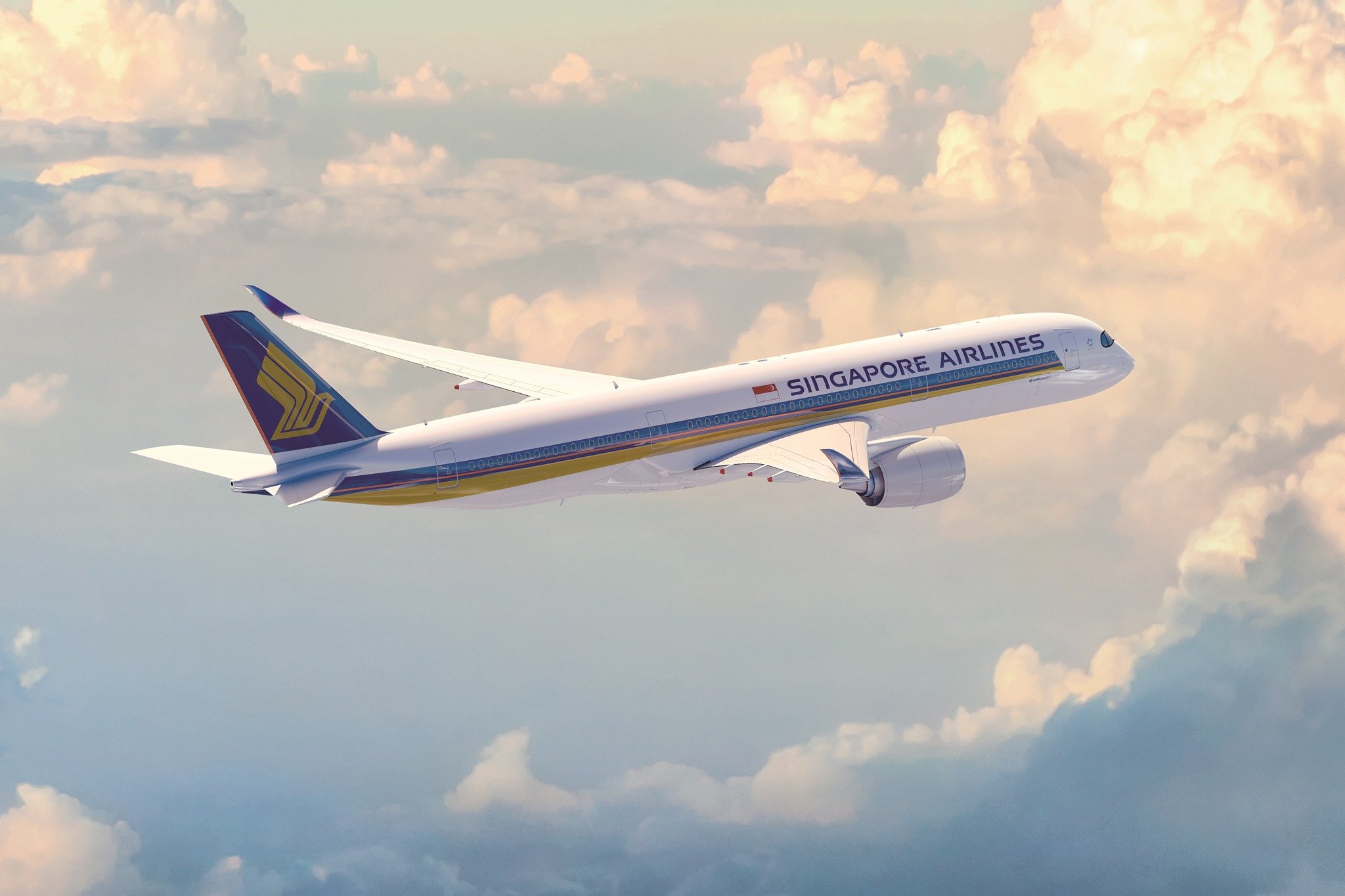 Transit flights only for outbound travellers from Australia & NZ

In a Facebook post on Thursday (11 Jun) morning, SIA said that passengers flying on the carrier, as well as its sister airline SilkAir, from Australia and New Zealand will be able to transit in Changi Airport on the way to any destination offered by the SIA Group, i.e. SIA, SilkAir and Scoot. 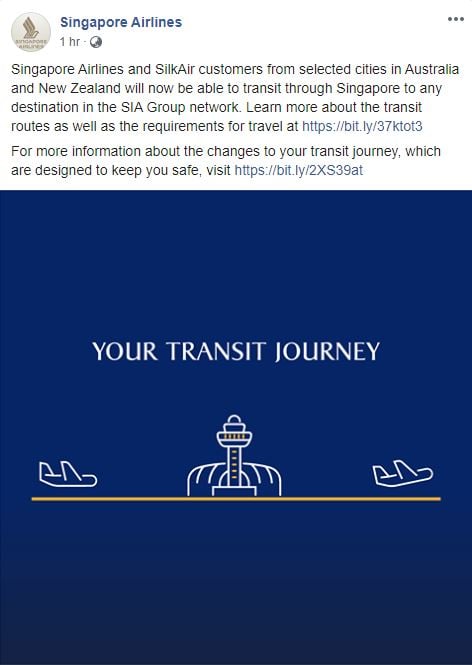 A press release on the SIA website elaborated that the 7 cities whose travellers will enjoy transit in Changi are:

However, transit will only be allowed for outbound passengers coming from these cities.

Passengers coming from any other destinations offered by the SIA Group will still not be allowed to transit in Changi for the time being.

Also, transit will be allowed only for passengers transferring between flights operated by the SIA Group. Transit passengers from other airlines are still not allowed. 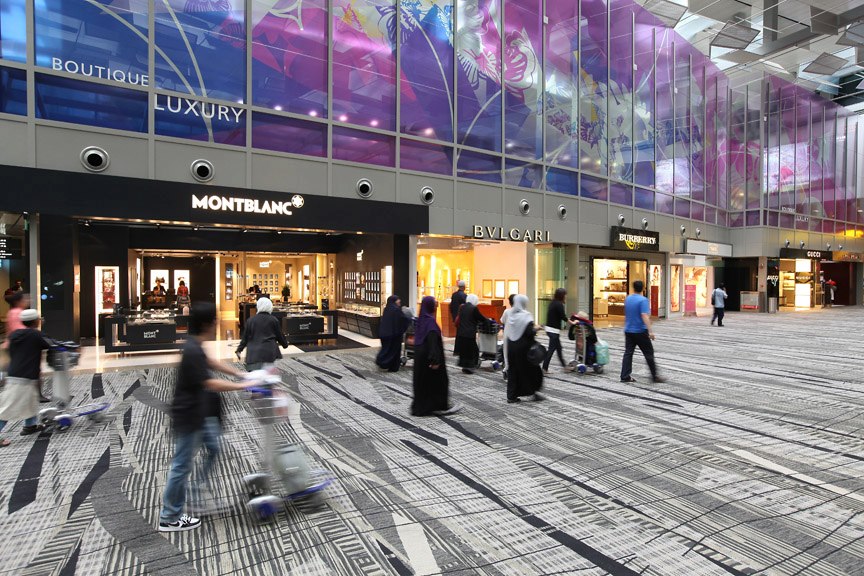 Changi Airport also revealed the news in a Facebook post on Thursday (11 Jun) morning, and added that it would be setting up Transit Holding Areas (THAs) for the arriving passengers. 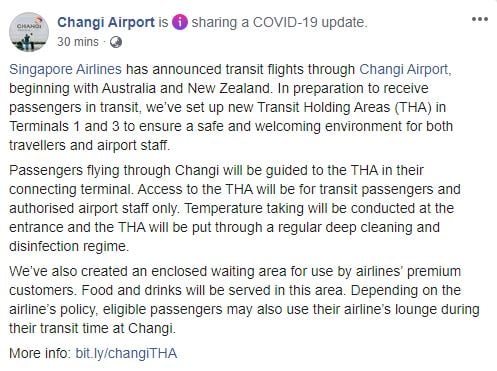 This is according to CAAS guidelines mandating that the transit passengers stay always in designated facilities and do not mix with other passengers.

Thus, only transit passengers and authorised staff will be able to enter these THAs, which will be situated in the currently-still-operating Terminals 1 and 3. 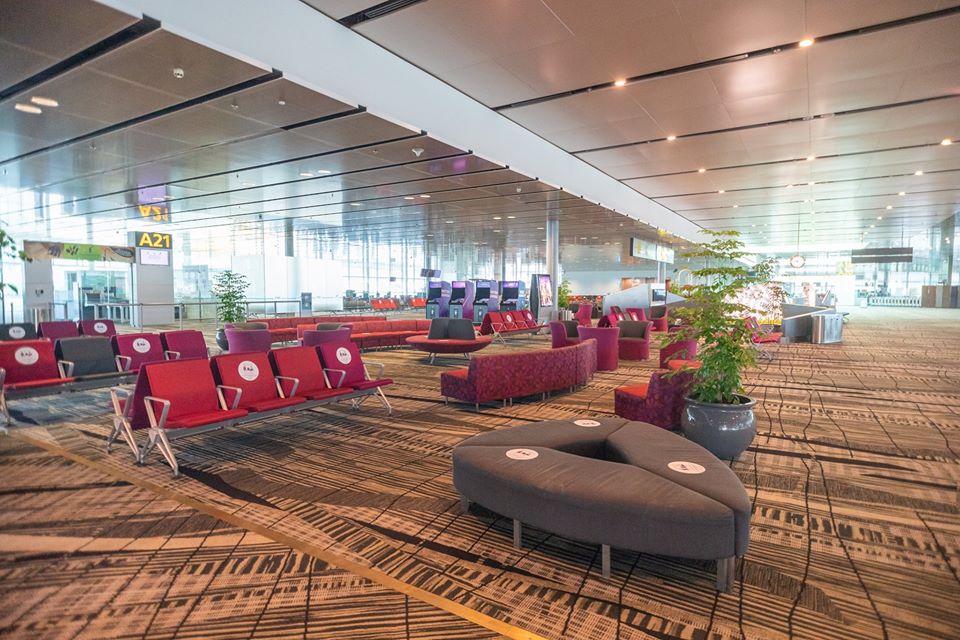 Transit passengers to be brought straight to THAs

Passengers transiting in Changi for more than 75 minutes will be given a wristband that should not be removed the entire time they are in the THA.

They will then be brought to these THAs, where their temperatures will be taken.

The THAs will also be deep cleaned and disinfected regularly. 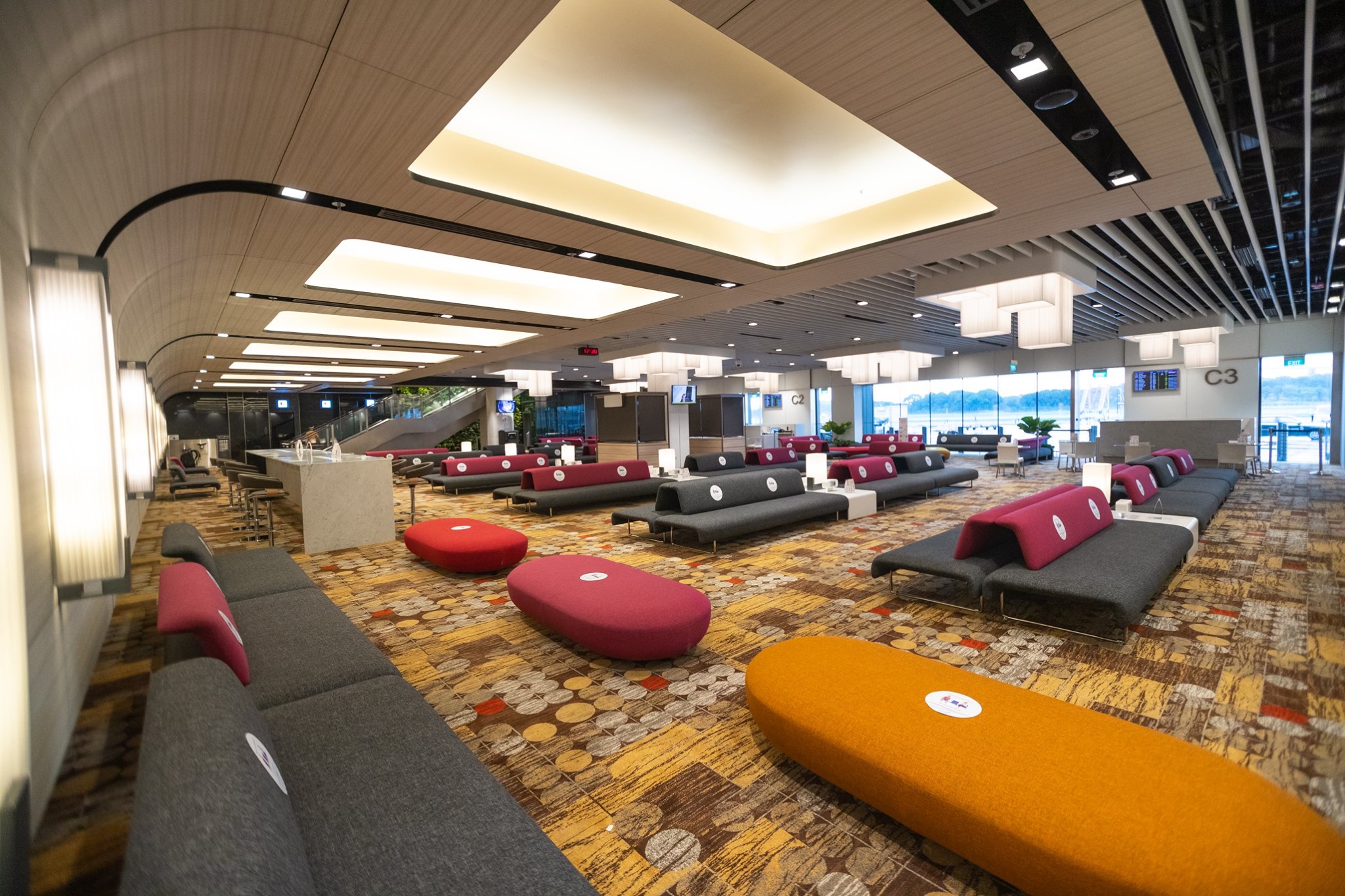 Those waiting less than 75 minutes for their connections will be sent straight to their boarding gates.

While transit passengers will be confined to the THAs, they won’t be bored and hungry there.

That’s because Changi will provide food and drink vending machines so they can fill their stomachs. 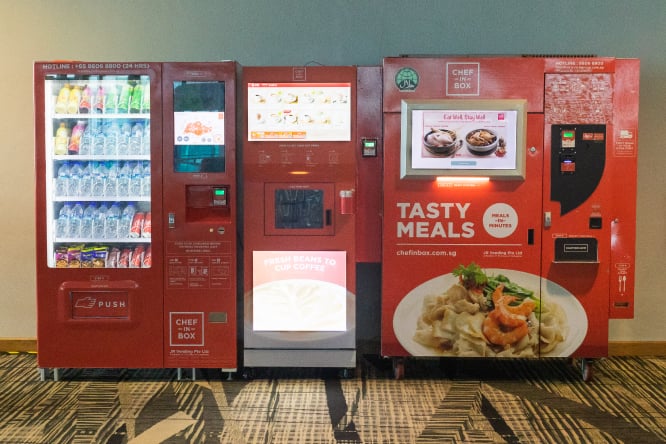 They can also use an app to order food delivery from Changi’s F&B outlets, including halal food.

Those who love to shop in airport duty-free outlets can indulge in some retail therapy via a shopping concierge service, which will help them buy items from Shilla Cosmetics and Perfumes and Gift by Changi Airport, and deliver them conveniently to the THA.

Passengers who have to wait more than 12 hours for their connecting flight can also shop at e-commerce website iShopChangi and have their items delivered to the THA. 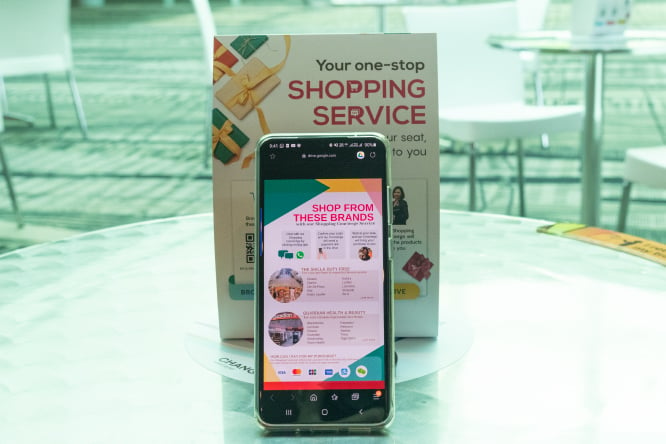 For those who just want to have a snooze, comfy chairs are available to lie back on. 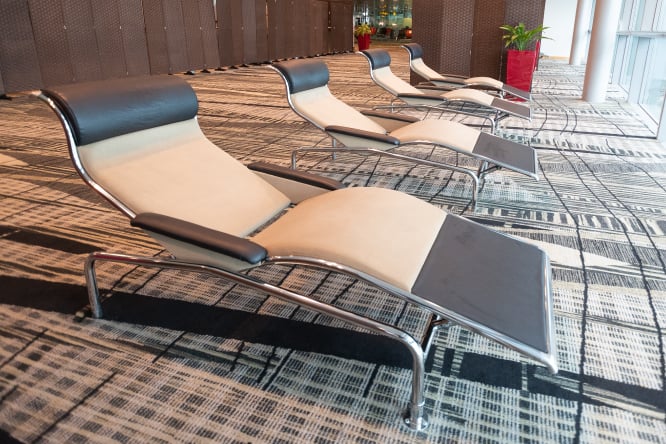 Besides these, there will also be a nursing station and a children’s play area.

Mostly importantly, Internet stations and free Wi-Fi will be provided.

Premium passengers of the SIA Group, including those in First Class and Business Class, will have an even more exclusive enclosed waiting area for their use.

In this area, free food and drinks will be served, said Changi Airport. We’re glad that Singapore is slowly reopening to the outside world, starting with transit passengers.

Australia and New Zealand travellers are the first to enjoy transiting in the world’s best airport again, probably because these countries have managed to successfully tame the virus.

While Changi has been keeping itself busy despite the lack of non-essential passengers, we look forward to more news in the coming weeks on how the airport will get back to its bustling self again.