Changi Airport’s Passenger Numbers Have Dropped Drastically, But It Still Plays A Role In Various Missions

With the outbreak of Covid-19 worldwide and many countries imposing travel restrictions, everybody is staying at home and nobody seems to be travelling anywhere soon.

That’s bad news for the aviation industry in general, with some airlines going bankrupt and air hubs coming to a standstill.

While Changi Airport Terminal 2 has closed for upgrading, it’s good to know that the rest of Changi Airport isn’t idle, however. In fact, since the number of travellers has been greatly reduced, the staff now can focus on the travel that’s arguably more important — humanitarian travel and cargo freight. 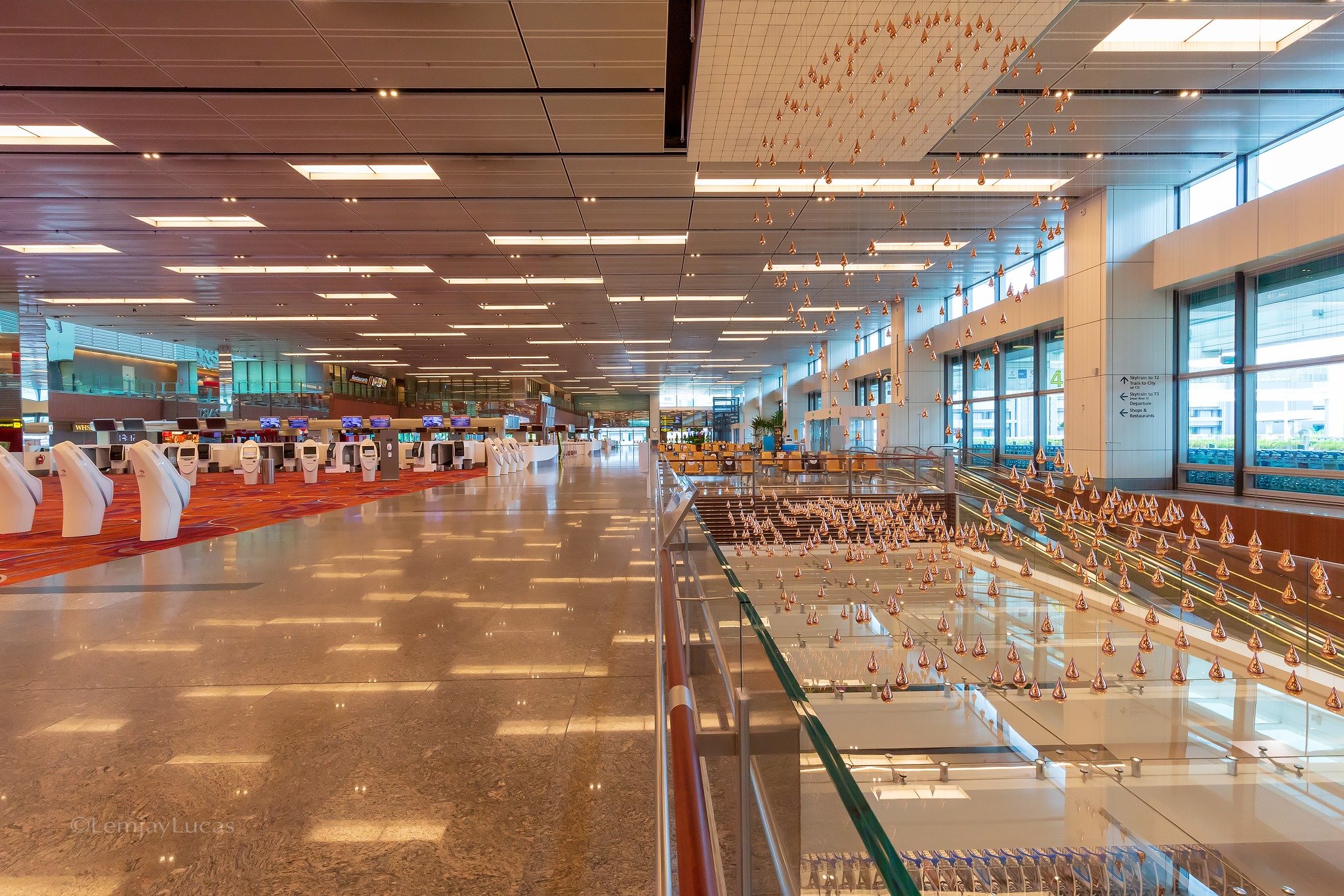 Changi Airport down to 100 arrivals a day The air hub, which used to host millions of passengers every year, now sees just about 100 arrivals a day and 700 passengers departing.

However, that doesn’t mean the airport staff don’t have much to do.

Since non-essential travel has all but disappeared, they can now handle other forms to travel and transport, for example humanitarian missions and the transport of essential cargo, Mr Khaw said.

He gave some examples of what Changi Airport has been up to recently.

A group of Chileans boarded a flight back to their home country, facilitated by the Ministry of Foreign Affairs.

They seemed quite happy to be going home with their care packages!

Ahead of Vesak Day on Thursday (7 May), a group of Sri Lankans that included students and monks were eager to get home to celebrate the religious event.

In this case, Changi Airport was happy to help them and their belongings make it home. 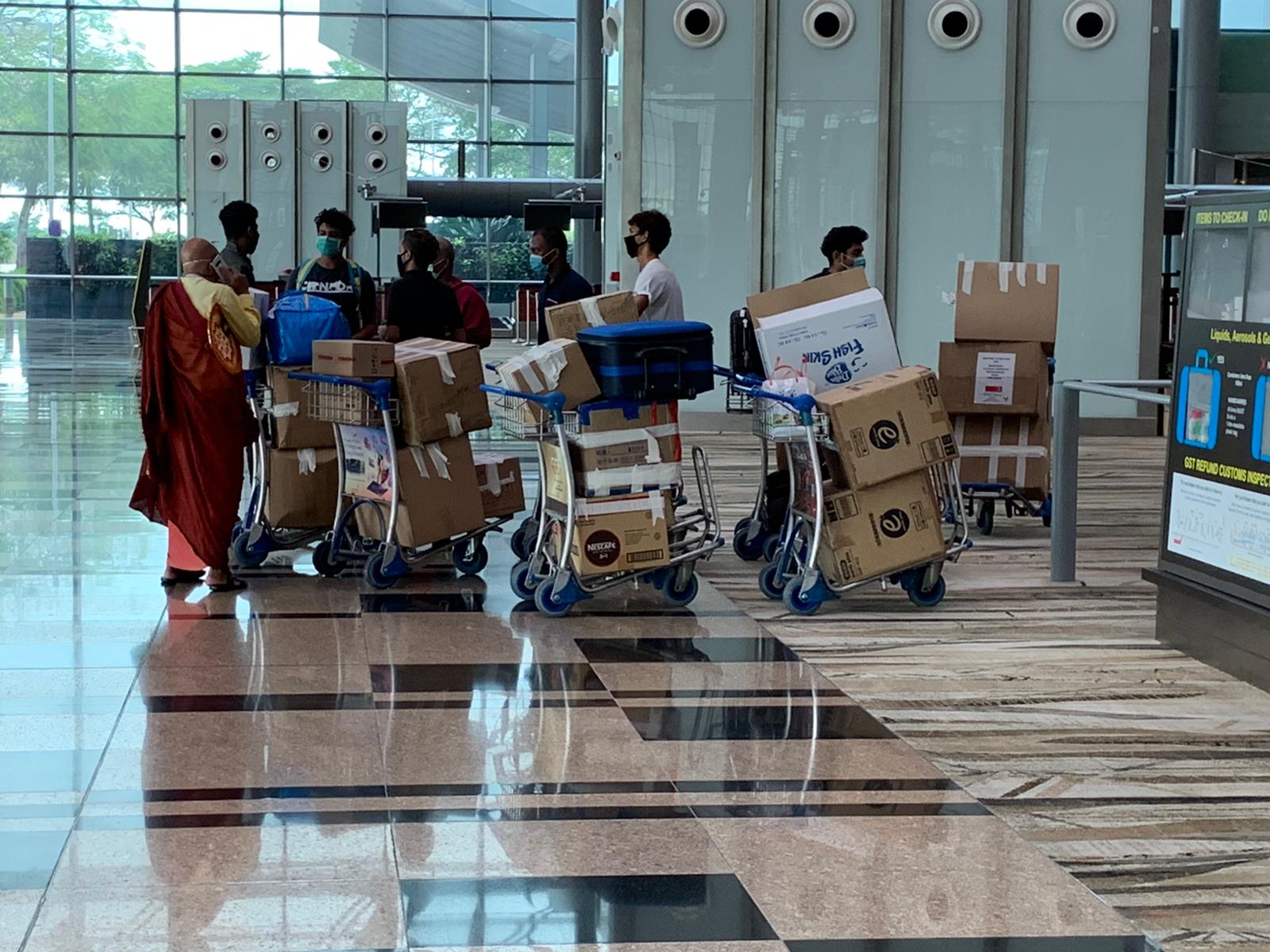 Highlighting the important role that the airport plays in humanitarian missions, bone marrow stem cells were recently sent to Europe.

These stem cells help in the creation of healthy blood cells to replace damaged or diseased blood, and when transplanted is a treatment for different types of cancers and blood conditions.

The mission was coordinated by officials from the Bone Marrow Donor Programme and other agencies. 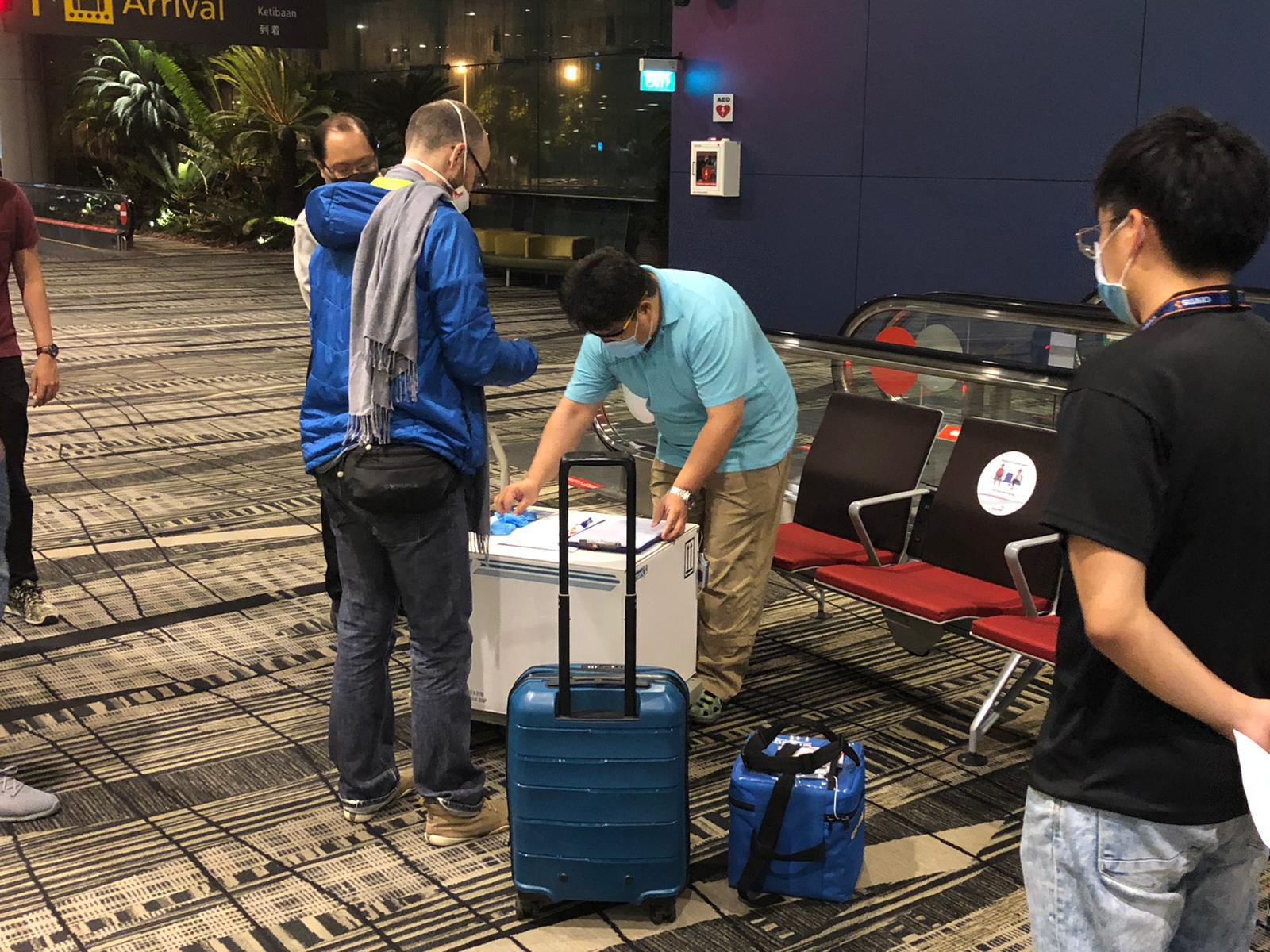 Singapore is still a very important air hub even when air traffic has fallen.

During normal times, Singapore is a popular transit point for passengers going to other destinations where direct flights are not available.

During times of pandemic, Changi remains vital for essential travellers in transit, such as these two World Health Organisation officials. 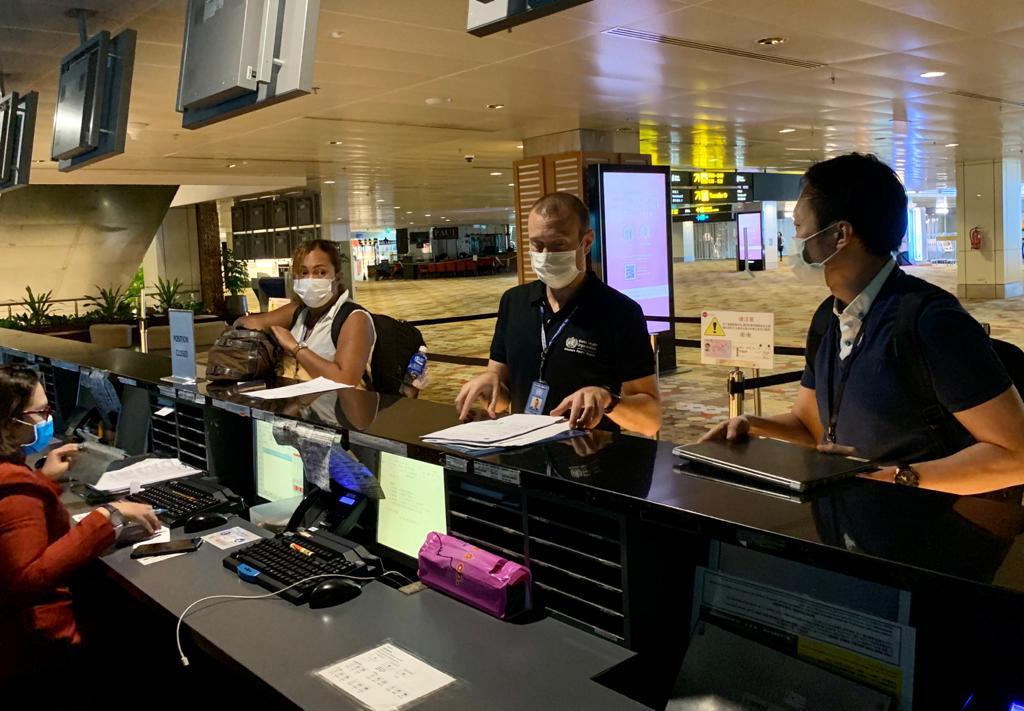 Coming from Manila, they were en route to Port Moresby, the capital of Papua New Guinea, in order to access the Covid-19 situation in the country.

As always, Changi Airport was happy to facilitate this travel that was important to world health.

Changi Airport is still being put to good use, but how about our national carrier Singapore Airlines (SIA), which used to operate more than 250 flights from Changi daily?

MS News reported that sadly, many of its planes are lying idle in locations like the Australian desert, after the airline grounded 138 out of 147 SIA and SilkAir planes after announcing that it would slash capacity by 96%. 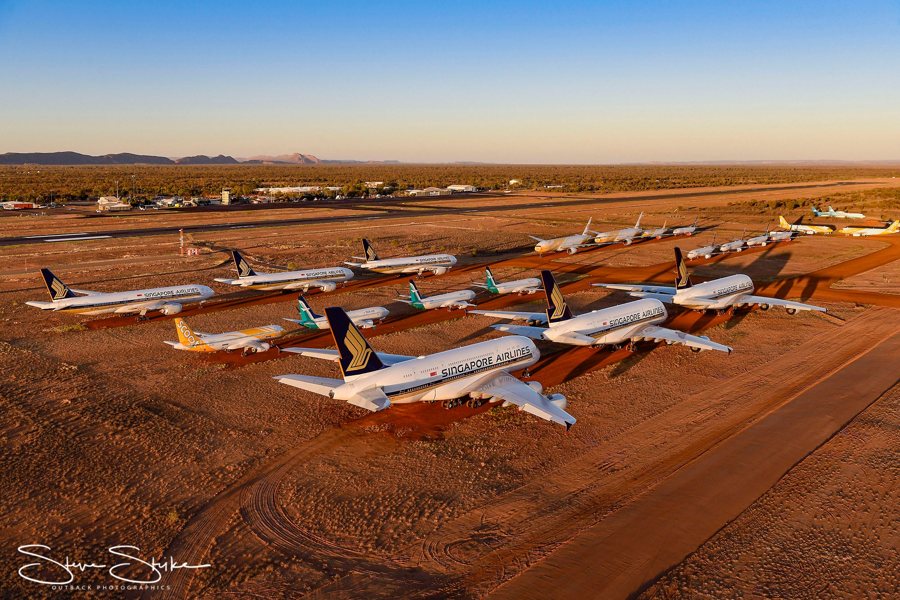 However, its planes that are still taking to the skies are still doing important work, after having been revamped to carry more cargo instead of passengers. 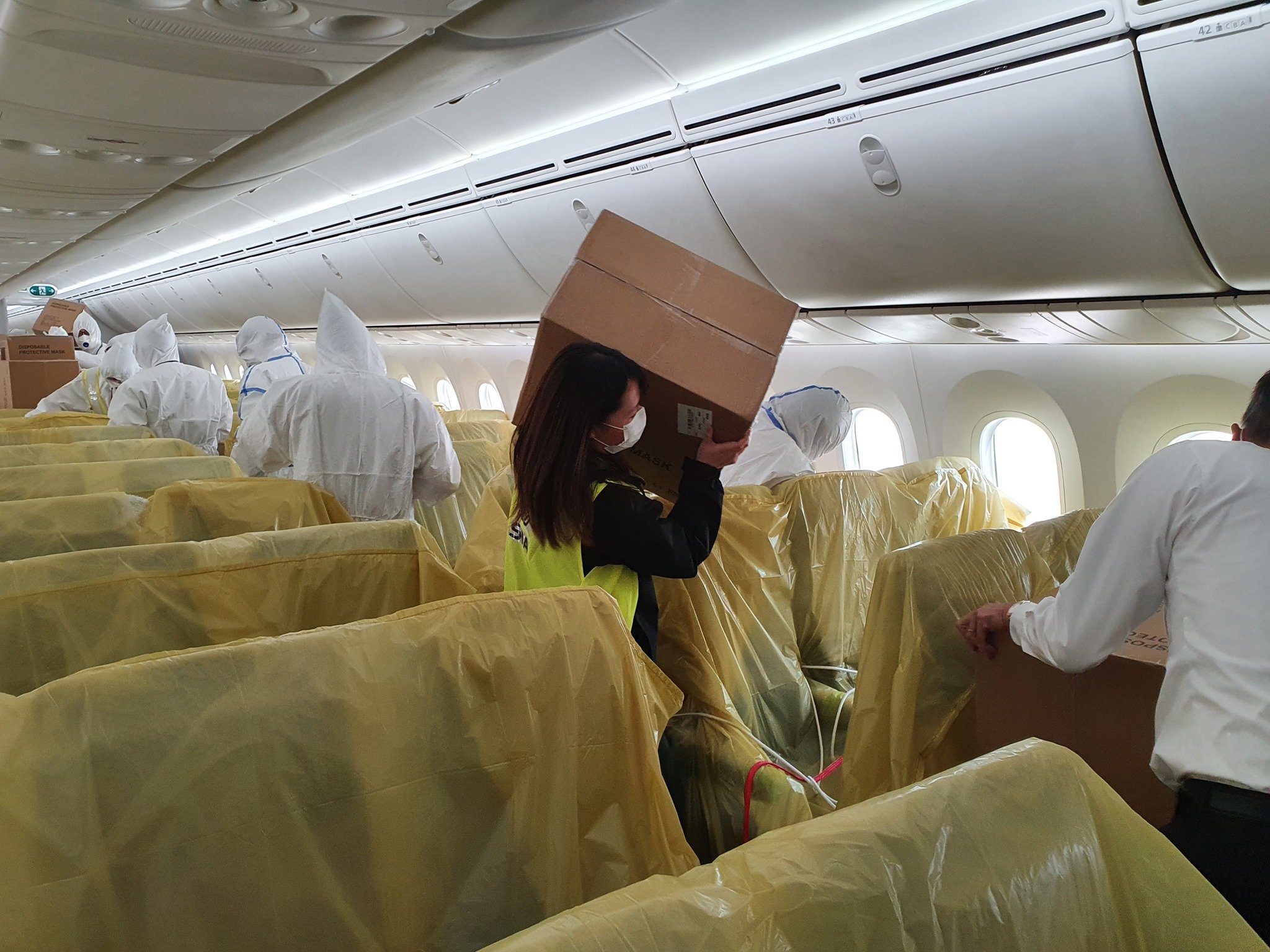 For example, much to Minister for Trade and Industry Chan Chun Sing’s delight, an SIA plane helped deliver more than 300,000 eggs for domestic consumption from overseas sources on 19 Mar

That was just a day after Malaysia announced a lockdown that potentially threatened Singapore’s food supply. 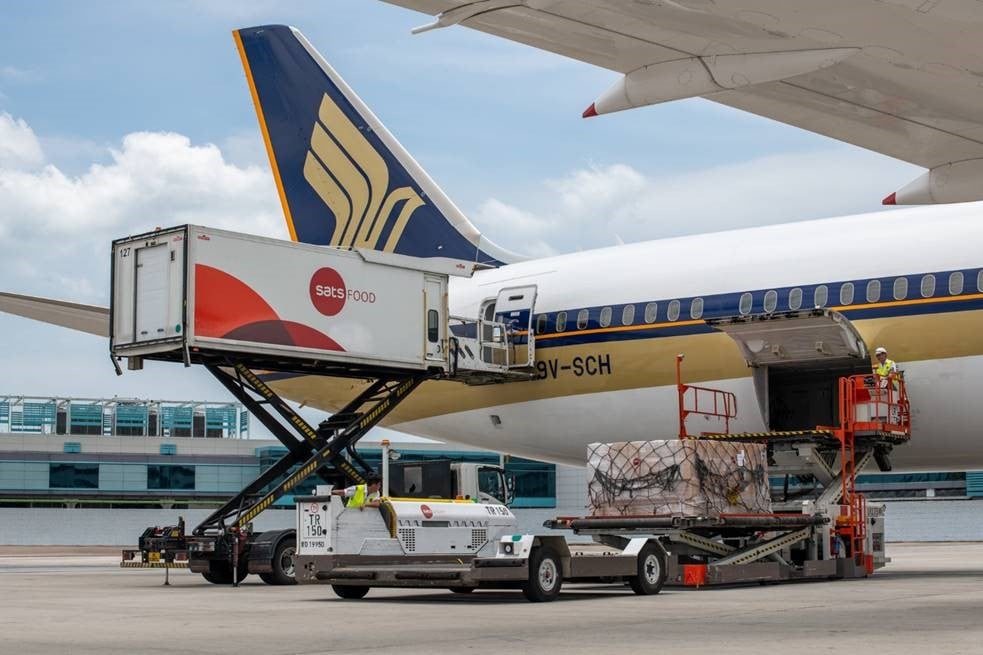 On 16 Apr, an SIA plane was again called upon to deliver eggs, this time from Seoul. 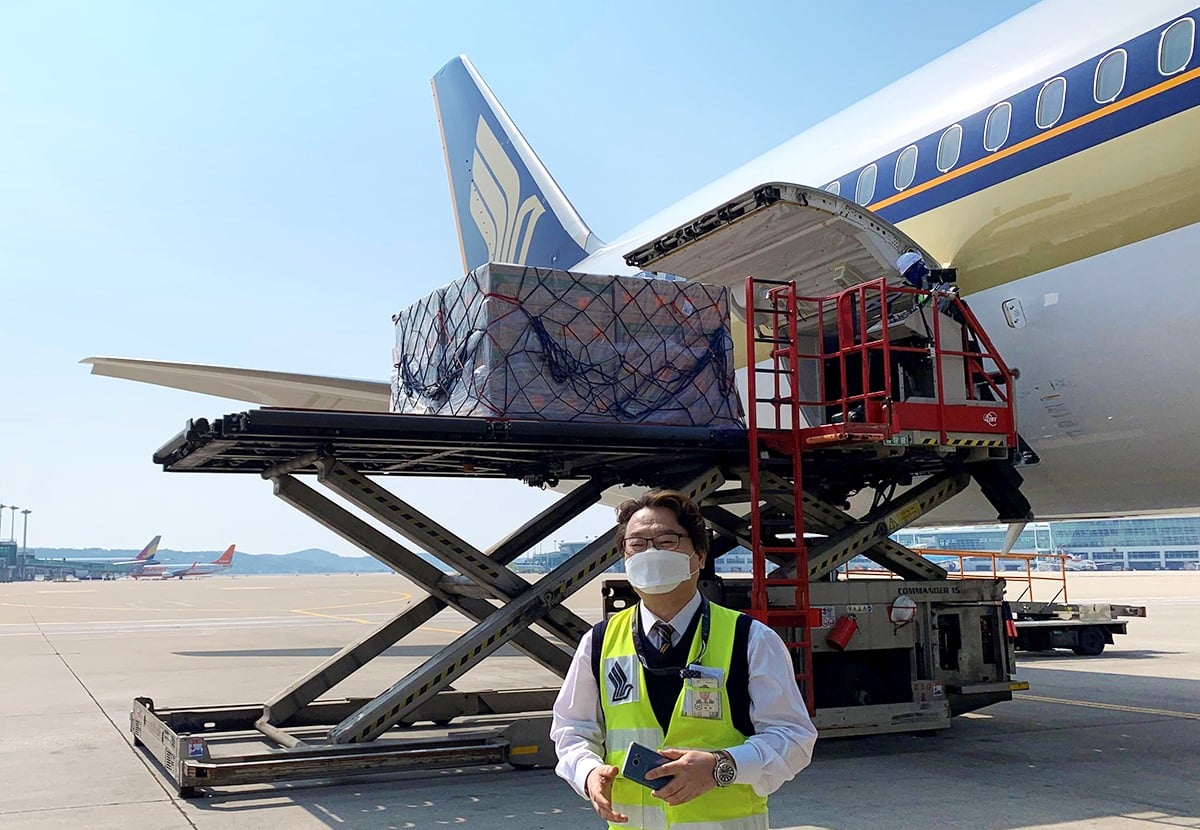 On Wednesday (6 May), Australia also revealed that SIA will help bring food from South Australia, such as chicken, tuna, seafood, eggs and lamb, to Hong Kong, Thailand and mainland China, reported The Straits Times.

Together with Qantas, SIA’s participation will form a direct freight route to Asia for exporters who have been facing problems keeping their supply chains open amid the Covid-19 crisis.

Our aviation sector is still active

It’s heartwarming and inspiring to know that despite losing much of its workload, our aviation sector is still active and working to help out during the pandemic.

Mr Khaw said as much when he commended Changi Airport’s staff for working with the Government to ensure that health and safety standards are kept high while coordinating these flights.

We can’t wait for the pesky disease to go away, so we can return to a bustling Changi Airport to watch SIA planes take to the skies once again.