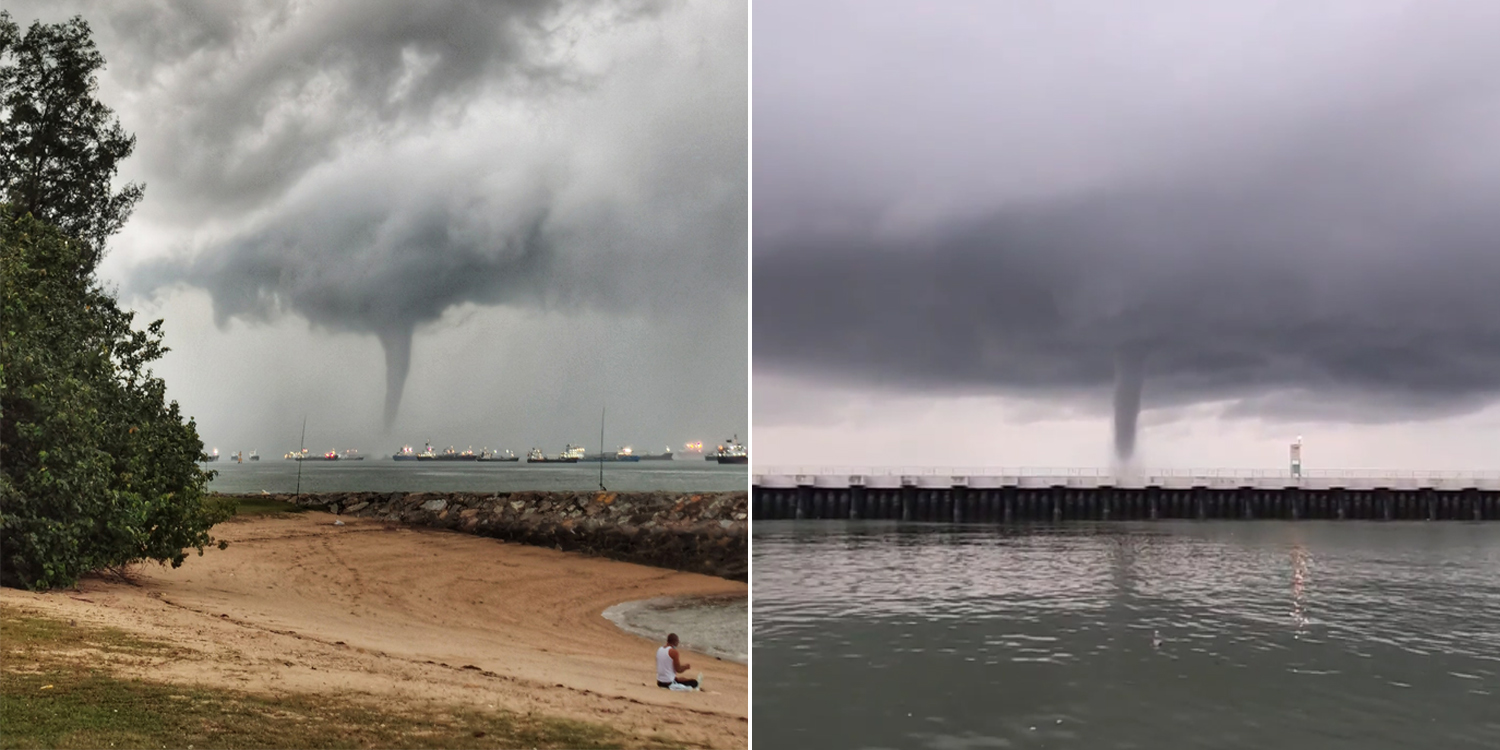 Waterspout Spotted At East Coast On 10 Jul From As Early As 6.45am

While most Singaporeans slept in today (10 Jul), some who headed out early for activities witnessed an eye-catching sight.

As heavy rain tainted the skies in the East, a spiralling waterspout appeared along the eastern shore stretching from East Coast to Changi. 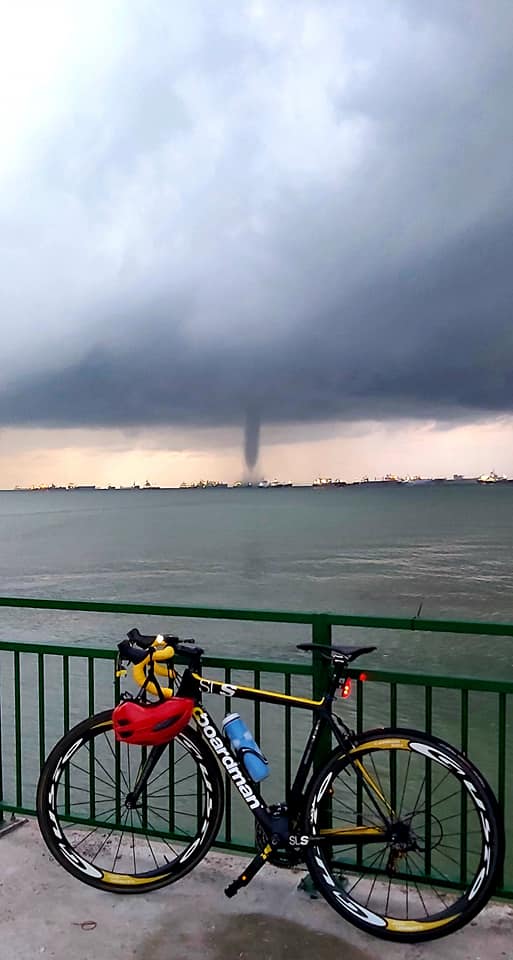 Countless netizens lucky enough to witness the spectacle took to Facebook to share pictures of the natural phenomenon.

According to pictures uploaded on Facebook, the waterspout was spotted from as early as 6.45am on Saturday (10 Jul).

In some pictures, the dark waterspout seems almost like an antenna extending from the gloomy skies above.

Though seemingly confined to the East, the sightings were reported from a few locations.

Many netizens at East Coast were lucky enough to witness the waterspout in the background accompanied by a large fleet of cargo ships. 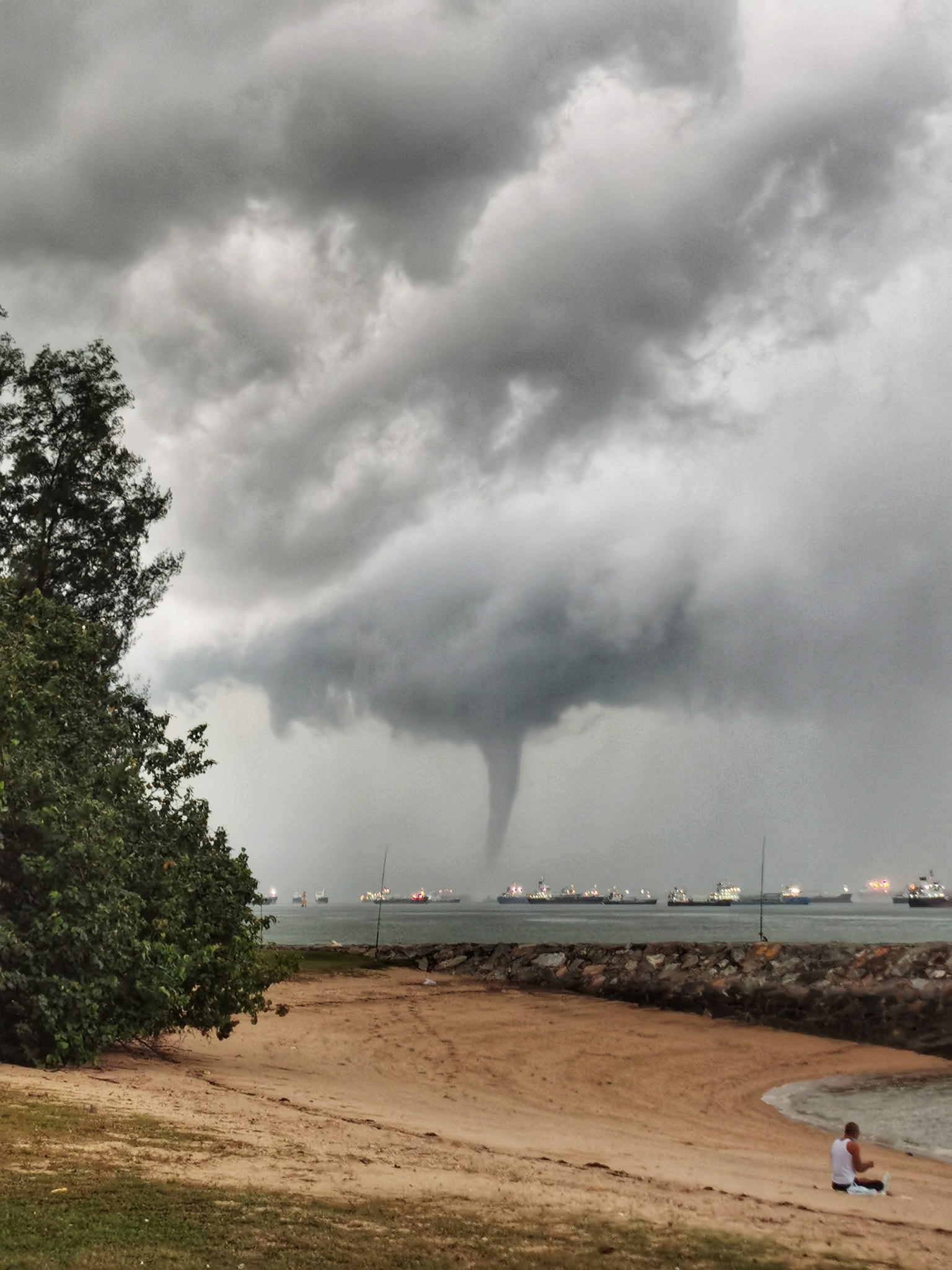 Another netizen who appeared to be on a boat off the coast of Tanah Merah shared footage of the spiralling column through a Livestream.

Reported sightings of the vortex came from as fast East as Changi. 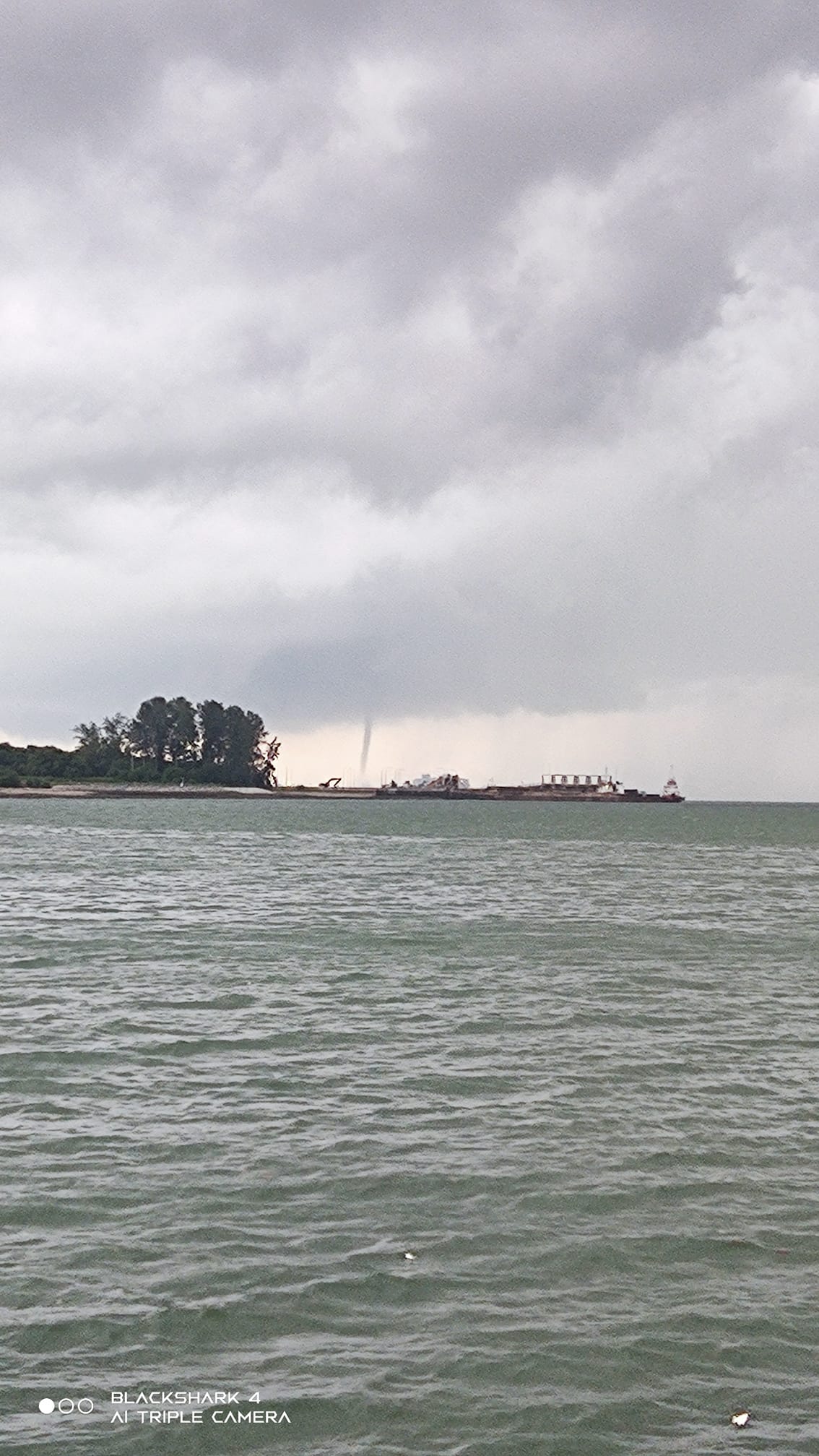 3 waterspouts seen in Singapore waters every year on average

According to Meteorological Service Singapore (MSS), waterspouts are essentially rotating columns of wind typically associated with severe thunderstorms over the sea.

Hence, its presence next to the gloomy skies is likely no coincidence.

Even though they bear resemblance to tornados, they are thankfully far less destructive.

Waterspouts last about 10 minutes on average but may last for up to 1 hour for those that are larger.

MSS also shared that Singapore typically reports 3 occurrences of waterspouts off its waters every year.

Sleeping in on a rainy Saturday may sound extremely appealing, but seeing a majestic waterspout in person would no doubt make waking up early on a weekend worthwhile.

Were you one of the lucky individuals who spotted the vortex this morning? Feel free to share pictures you took in the comments.