Woman Pays Respect To HDB Neighbour’s Deity, Is The Model Example Of Harmony 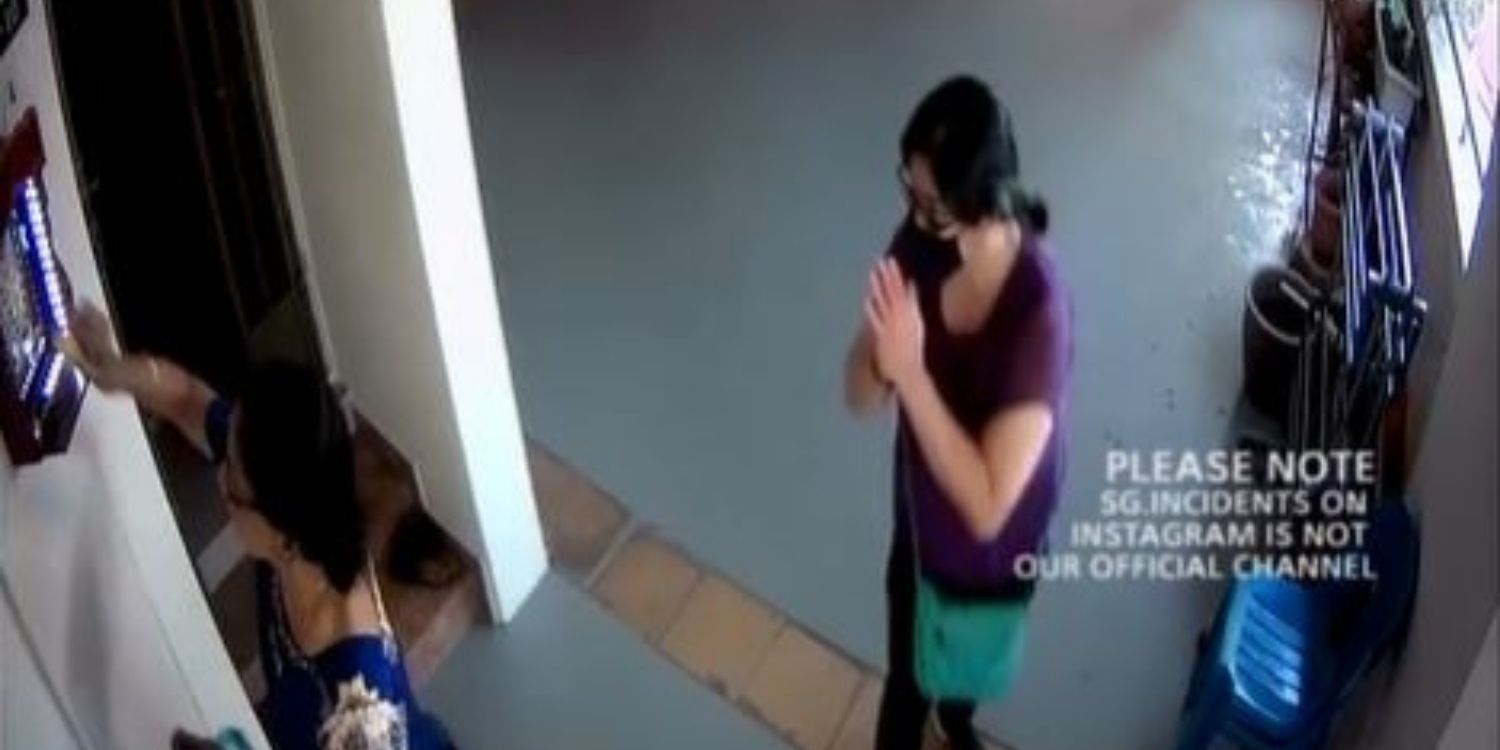 A small but very meaningful gesture.

Woman Clasps Hands As She Passes By Neighbour’s Deity

There’s been a lot of conversation about racial & religious insensitivity recently, sparked by recent distasteful incidents.

From these incidents, some might conclude that Singaporeans have a long way to go to achieve true multiculturalism.

However, something positive has emerged amid the negativity.

A woman was seen paying respects to an Indian deity as she walked past the altar along an HDB corridor. 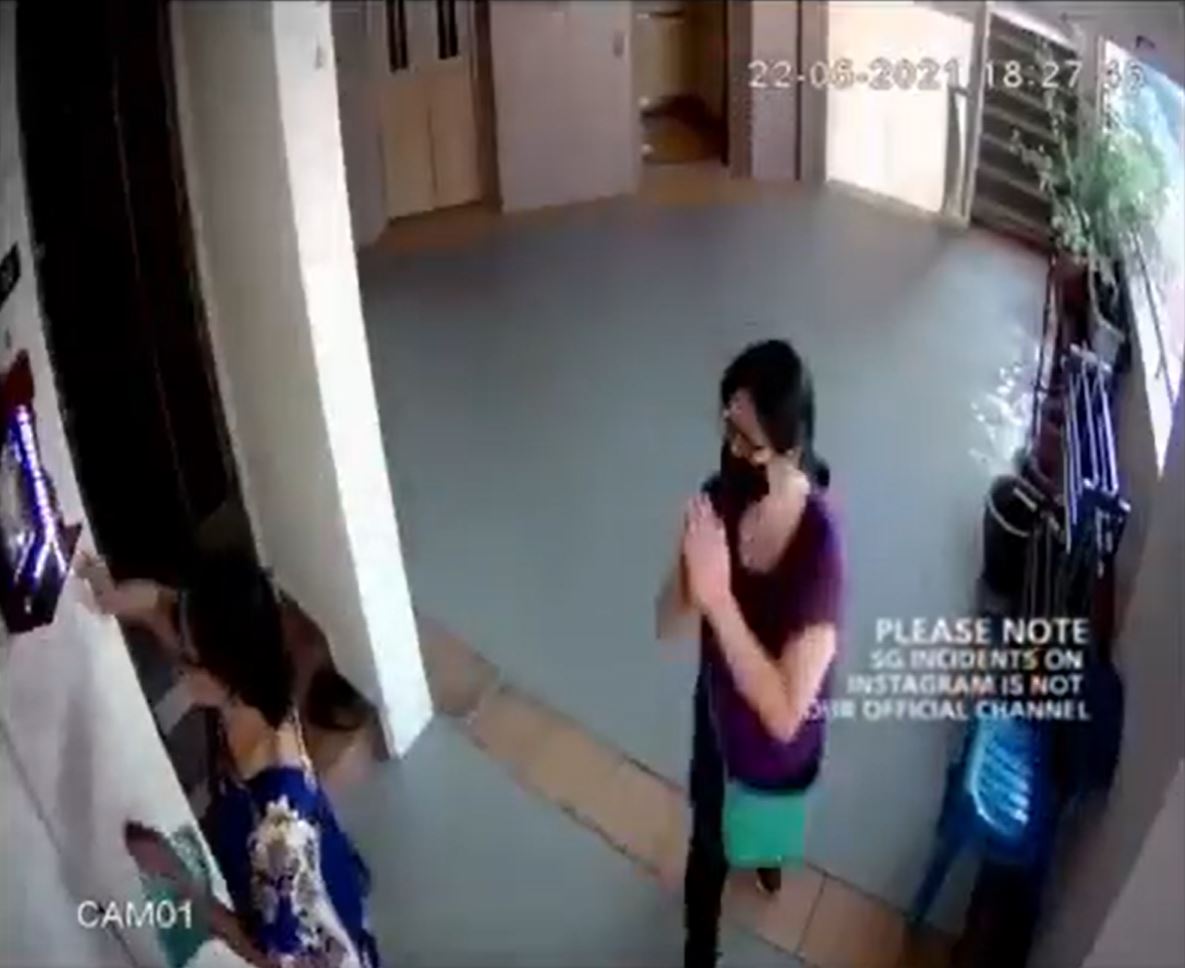 And just like that, she proved to the rest of us that racial harmony exists in Singapore – and it doesn’t take very much.

It began when a woman in a dark purple top just walks out of the lift.

On her right, she immediately sees a lady who appears to be Indian attending to a deity at an altar. While it’s a sight that many HDB dwellers would have seen time and time again, most of us would just walk past without reaction, especially if it’s not a religion we ascribe to.

However, the woman did something different.

The woman, who appears to be Chinese, makes a small but very meaningful gesture as she walks past.

She bows her head slightly and clasps her hands together, in a sign of respect. She then quietly walks off.

Just when we may have thought that the Indian resident didn’t notice anything, she turns to her right just after the woman walked past.

That means that she did notice something after all. She then turns to her left and gazes down the corridor, seemingly to confirm that someone did indeed walk behind her and pay respects to the deity. 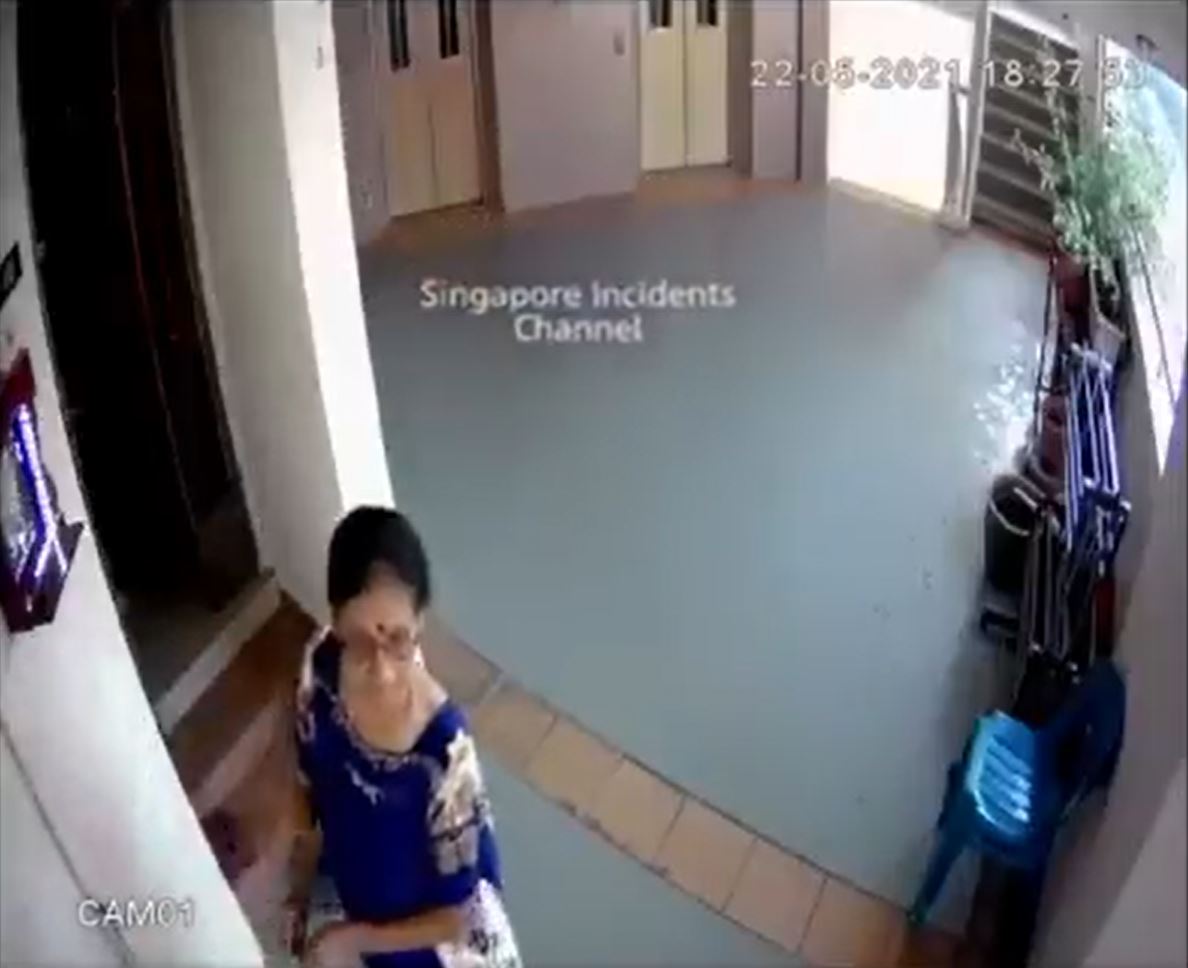 The gesture by the woman in the purple top may have been small, but it brought tears to our eyes and warmth to our hearts.

Judging from the favourable response, netizens were also touched.

Most lauded the gesture as beautiful, especially in the current climate.

Some had the recent incidents of racial & religious insensitivity in mind as they were relieved to see a positive example instead.

A netizen even said that when he 1st saw the video he was already prepared for something negative to happen. Thus he was ostensibly pleasantly surprised at the outcome.

Sadly, it speaks to how negative incidents gain traction and are amplified over the Internet such that netizens automatically expect negativity.

Sharing the video over Twitter, another netizen was even incredulous that there are people like the woman in a purple top in Singapore.

Just because the ugly side gets more attention, doesn’t mean there aren’t good people around too.

Speaking of the ugly side, the woman in the purple top is probably the exact opposite of the woman with the gong who disturbed her neighbour’s Hindu Prayer.

We also wonder what the poly lecturer who allegedly made racially insensitive remarks to a mixed-race couple would say about her.

Similarly, we should also give praise to ordinary people like the woman whose respect to an Indian deity has touched the hearts of many.

Some people’s hearts are in the right place

The small but not insignificant gesture by the woman in purple top has soothed the souls of many Singaporeans.

Hopefully, those who might be feeling down over the recent spate of negative incidents will be assured that there are people in Singapore whose hearts are in the right place.

Instead of letting the negative incidents tarnish the good name of Singapore, perhaps we should ourselves strive to make things better.