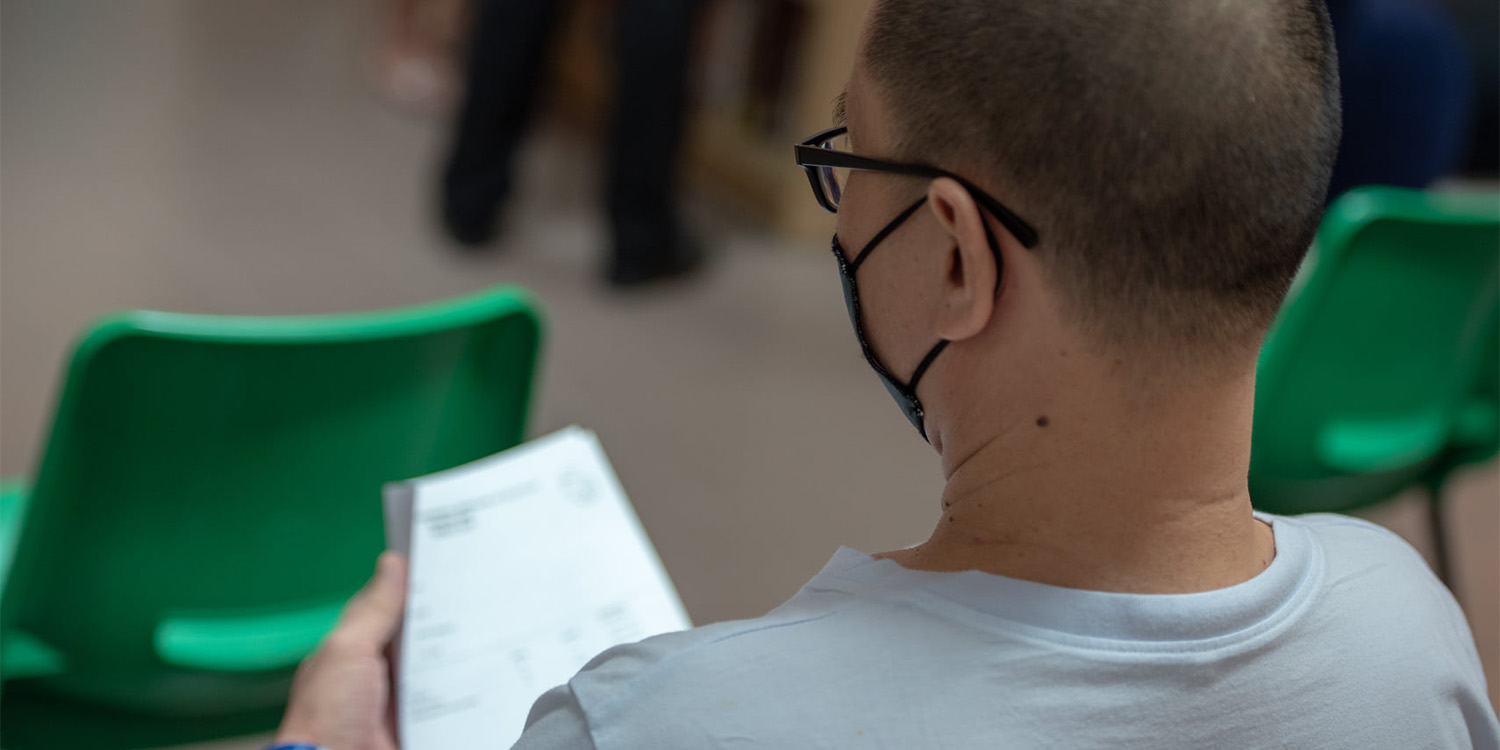 Change comes when you start to learn.

The A-Levels are seen as a path to university for many youths and is typically associated with junior college. One of these candidates, 49-year-old inmate student Tim (not his real name), was the oldest prisoner taking his A-Levels in Prison School.

Proving that there’s no upper limit to learning and studying, Tim scored 2 As for H1 Math and Mother Tongue, while scoring 1 Distinction for Mother Tongue Oral. 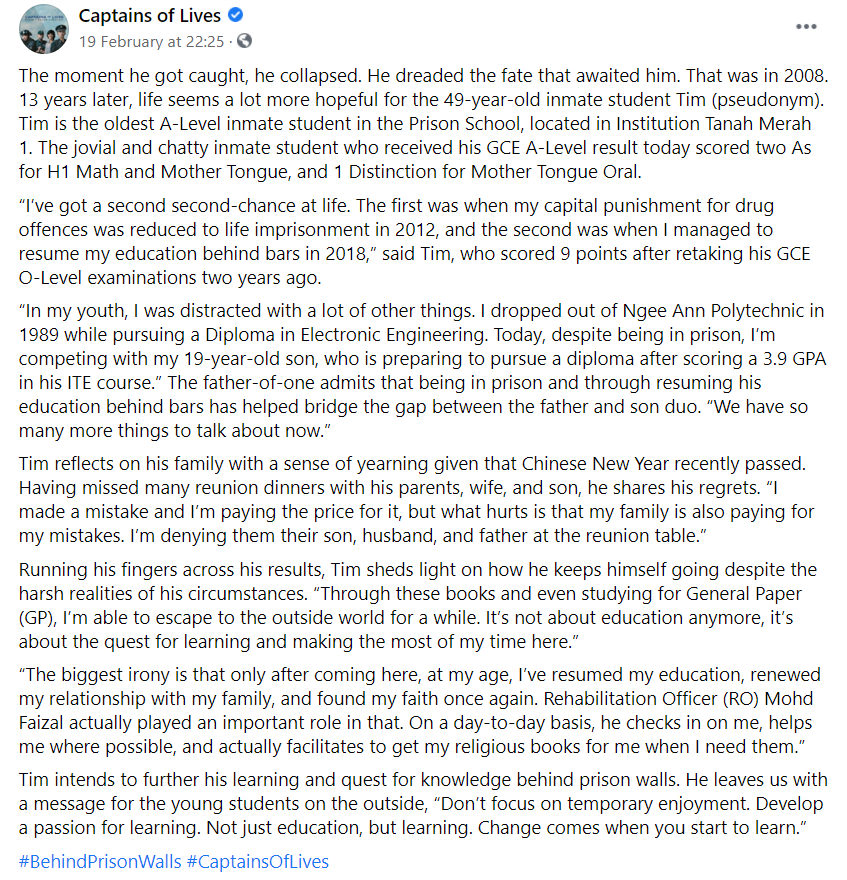 Tim had dropped out of Ngee Ann Polytechnic in his youth, but incarceration in 2008 and seeking a temporary escape to outside life through his studies contributed to his current results.

This is Tim’s story, shared by the Singapore Prison Service (SPS).

Due to drug offences, Tim was caught in 2008 and initially handed a capital punishment.

Tim collapsed upon his capture — he dreaded the fate that awaited him, and he knew the gravity of his offence.

But he was granted a second chance at life when his capital punishment was reduced to life imprisonment. As he was distracted with other matters, he dropped out of his Electronic Engineering course at Ngee Ann Polytechnic in 1989.  Now, he’s studying at the same time as his 19-year-old son.

His son scored 3.9 GPA in his ITE course and is preparing to pursue a diploma.

Thanks to their commonality in studying, Tim says he’s bonded more with his son.

He says that studying lets him escape to the outside world for a while, noting that it’s not about education, but the quest for learning and making the most of his time in prison.

Tim acknowledges that he’s paying the price for the mistake he made.

But missing several reunion dinners with his family also hurts, because he’s denying them their son, husband, and father at the reunion table.

However, he’s renewed his relations with his family while incarcerated and also found his faith again.

Tim shared that his Rehabilitation Officer (RO) Mohd Faizal actually helped him with his faith, even helping to get religious books for him and checking in on a day-to-day basis. Passion for learning most important

Perhaps it’s due to him being 49 years old, but Tim has some advice for young students on the outside:

Don’t focus on temporary enjoyment. Develop a passion for learning. Not just education, but learning. Change comes when you start to learn.

Tim has every intention to continue on his learning journey after clearing his A-Levels. With his passion for learning and the shared bond with his son, we’re sure his journey in his studies will go well even though he’s nearing 50.