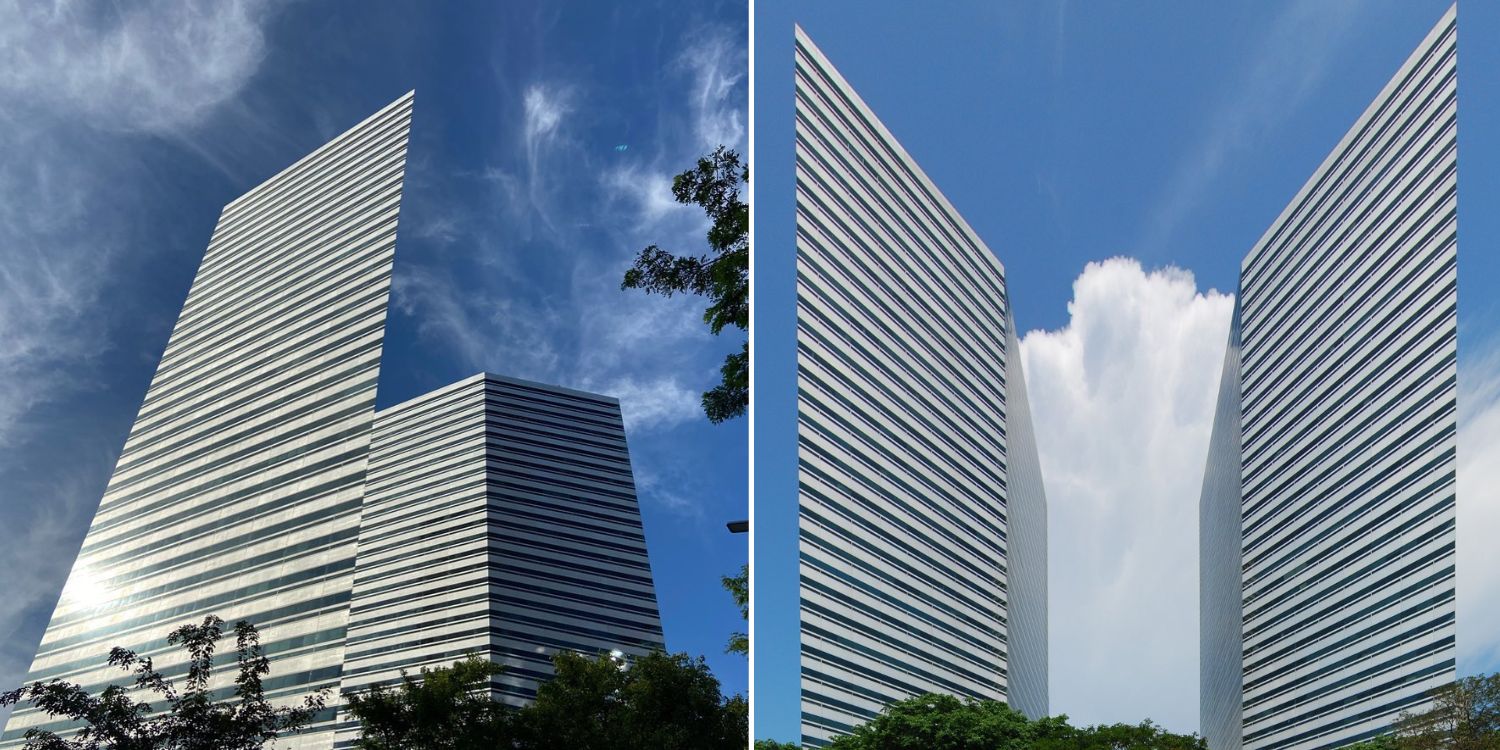 The building has a trapezoid shape.

Singapore is a concrete jungle with many interesting buildings making up our stunning skyline. Most recently, a particular building along Beach Road caught the attention of TikTokers for its mind-boggling 2D appearance.

One TikTok video highlighting the building’s peculiar features garnered over 2.3 million views in a day.

Contrary to its appearance, the building is made up of two separate 37-storey skyscrapers — its unique trapezoid shapes give it its bizarre flat-building effect from certain angles.

On Wednesday (20 Jul), the TikToker shared a video of The Gateway seen from the intersection of Beach and Ophir Road.

From the spot, the building looked ‘flat’, as if it was something out of a buggy video game. In the 10-second clip, the TikTok user wrote that the building looked like it was a single piece of paper. He also praised the architect for being “damn solid”.

Turns out, he was not the only one who took notice of the building. Hours later, another TikToker also shared a video of The Gateway.

Where have I seen this before 💀 #tiktoksg #fyp

♬ Running Up That Hill (A Deal With God) – Kate Bush

In her clip, the TikToker shared that the building made her feel as if she was “losing her shit”.

Having watched the videos, many netizens shared similar sentiments.

This user joked that the building cannot be real and that there was simply a glitch with the world.

While others wondered what the view would be like from inside the building, one netizen quipped that people in the building would have to walk sideways just to get around.

In all seriousness, here’s how it looks: 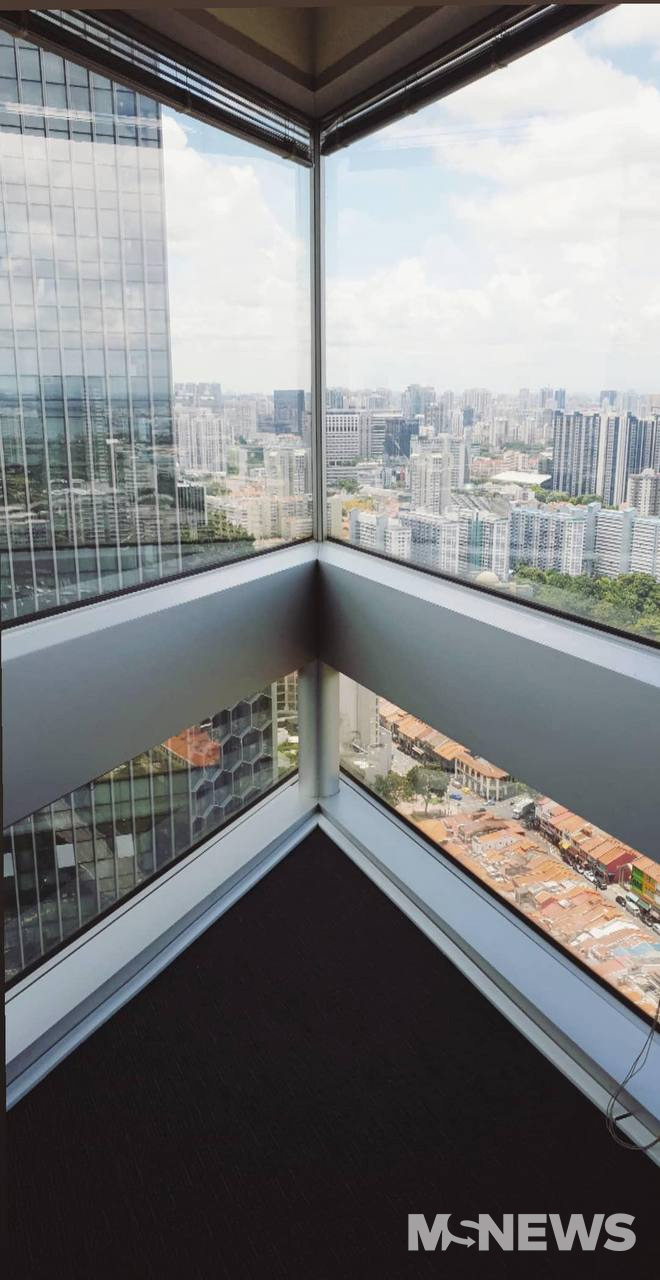 Others also thought about the ingenious architect who came up with the building, joking that “an architect’s dream is an engineer’s nightmare”.

The person behind the building’s design is I.M Pei, an internationally renowned Chinese-American architect known for his dramatic and angular building.

According to travel site As We Saw It, Pei built The Gateway to face the southeastern shore, envisioning it as a ‘Gateway’ to Singapore, welcoming visitors from all over the world.

Made of two 37-storey buildings, The Gateway does indeed resemble a gateway of sorts from the “right” angle. But from another angle, the building looks completely flat. 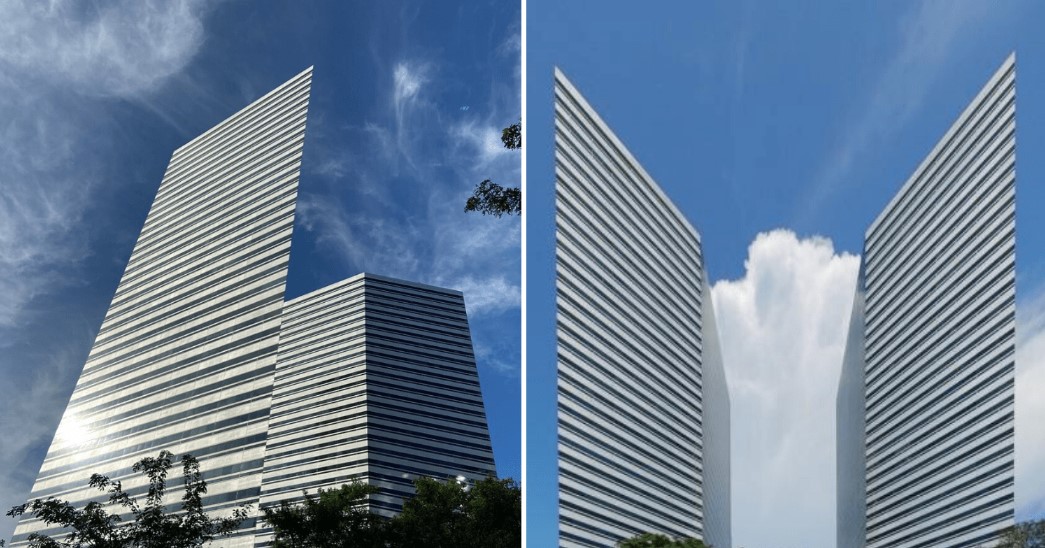 This ‘optical illusion’ is reportedly made possible thanks to the building’s trapezoid shape. 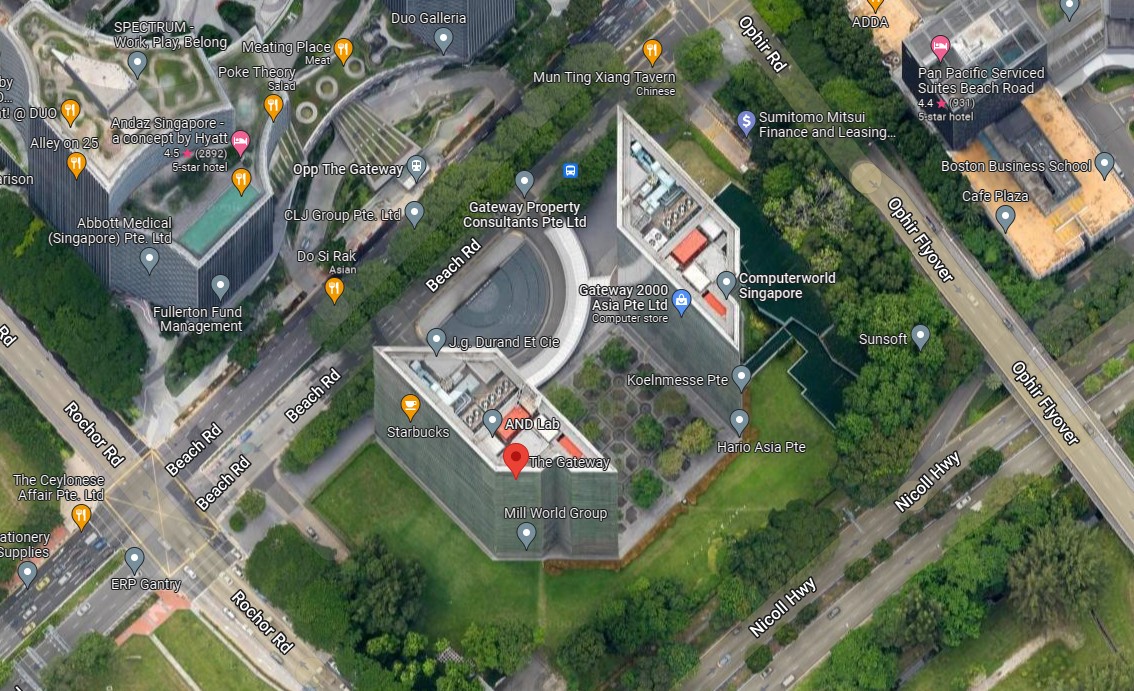 Combined with its angular edges, The Gateway gives off a ‘flat-building effect’, almost like they are two towering cardboard boxes.

The Singapore skyline might be made up of countless high-rise buildings, but not many are as fascinating as The Gateway.

Needless to say, it takes an ambitious and creative architect to conceive such an idea, let alone turn it into reality.

Have you mistaken The Gateway for a ‘2D’ structure before? Share your thoughts about the building’s design in the comments below!