Orchard Road Beads Uncle’s Family Remembers Him At Wake, Says He Was Happiest While Performing 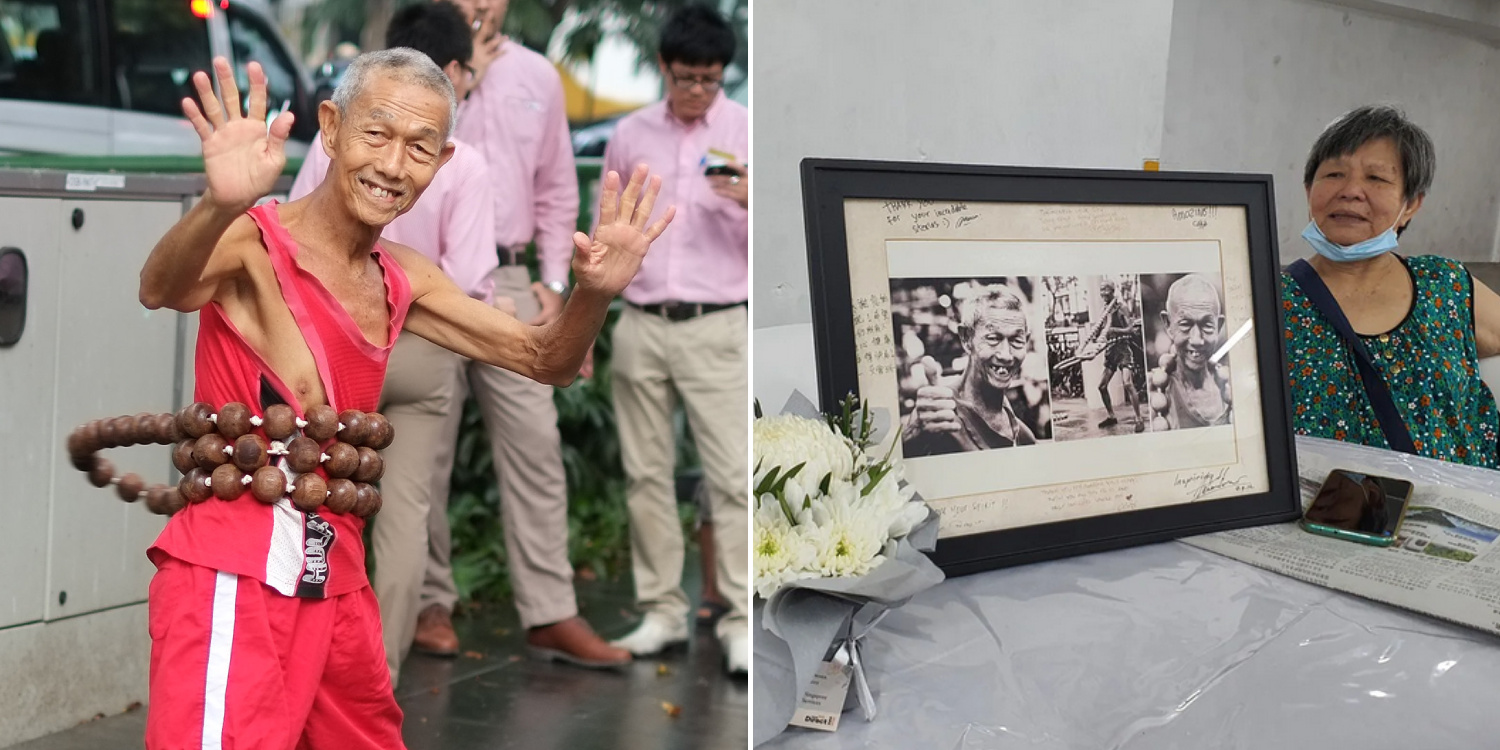 According to Mr Oh Ow Kee's family, the beads were "his life".

It’s been a sad time for Singapore as it mourns the death of Mr Oh Ow Kee, aka the iconic Orchard Road beads uncle.

Uncle Oh, who passed away on Sunday (5 Jun) at age 80, entertained locals and tourists alike with his performances along the famous shopping belt for many years. At his wake on Wednesday (8 Jun), Uncle Oh’s family told the media that the “beads were his life”.

His daughter also shared that they’re glad to see how well-loved and well-respected Uncle Oh is among the general public, judging from the messages they’ve seen online.

Uncle Oh was happiest when he had his beads, says family at wake

Speaking to The Straits Times (ST) at Uncle Oh’s wake in Toa Payoh Central, his eldest daughter Jan Oh said performing was her father’s “one and only passion”.

It was evident that the beads made him very happy. Ms Oh shared that he “smiled the widest” in photos with the beads, which were a gift from a friend over two decades ago.

They meant so much to him that when he got into a car accident in Nov 2020, his first concern was for his beads, which were also in the vehicle.

Uncle Oh told his daughter that if he didn’t get the beads back, “there’s no point” in saving him.

He continued to swing his beads in secret despite doctors’ advice to stop doing so due to his injured spine.

The last time he performed was on 28 May.

Uncle Oh was the most “consistent” performer on Orchard Road

Young buskers who attended the wake told Uncle Oh’s family that, rain or shine, he was “the most persistent and consistent busker” in the area. ST noted that he would remain in the same spot from noon till as late as 8pm.

While he gained a lot of media attention over the years, his daughter said he did it “for the smile on people’s faces”, reported TODAY.

Uncle Oh would bring extra bead chains and encourage others to try swinging them. “He enjoyed watching people doing it with him too,” said Ms Oh.

Even when Covid-19 restrictions prevented him from busking, Uncle Oh continued to swing his beads at Orchard Road.

When Buskers Association founder Jonathan Goh asked him about it, Uncle Oh pointed out that there were no restrictions on exercise. Mr Goh said to TODAY,

He just really loved doing his art and did not want to stop because it was what kept him alive.

Started swinging the beads over 20 years ago

According to TODAY, Uncle Oh first started swinging the beads as a form of exercise 23 years ago.

He and his wife would swing the beads together at Singapore Botanical Gardens, but the latter eventually stopped to take care of their grandchildren.

In his old age, he had picked up something he liked and coincidentally, others appreciated it and applauded him.

When TODAY spoke to his daughter, she said she wasn’t sure if they would be allowed to cremate his beads together with him.

Thank you for the memories, Uncle Oh

It’s quite sad to think that we will no longer be seeing Uncle Oh, who has rightfully been hailed as a “cultural icon”, with his signature beads along Orchard Road.

During his many years of performing, he not only entertained us and gave us fond memories, but he also taught us that it’s possible to find new things to be passionate about no matter how old you are.

MS News sends our deepest condolences to Uncle Oh’s family and loved ones.