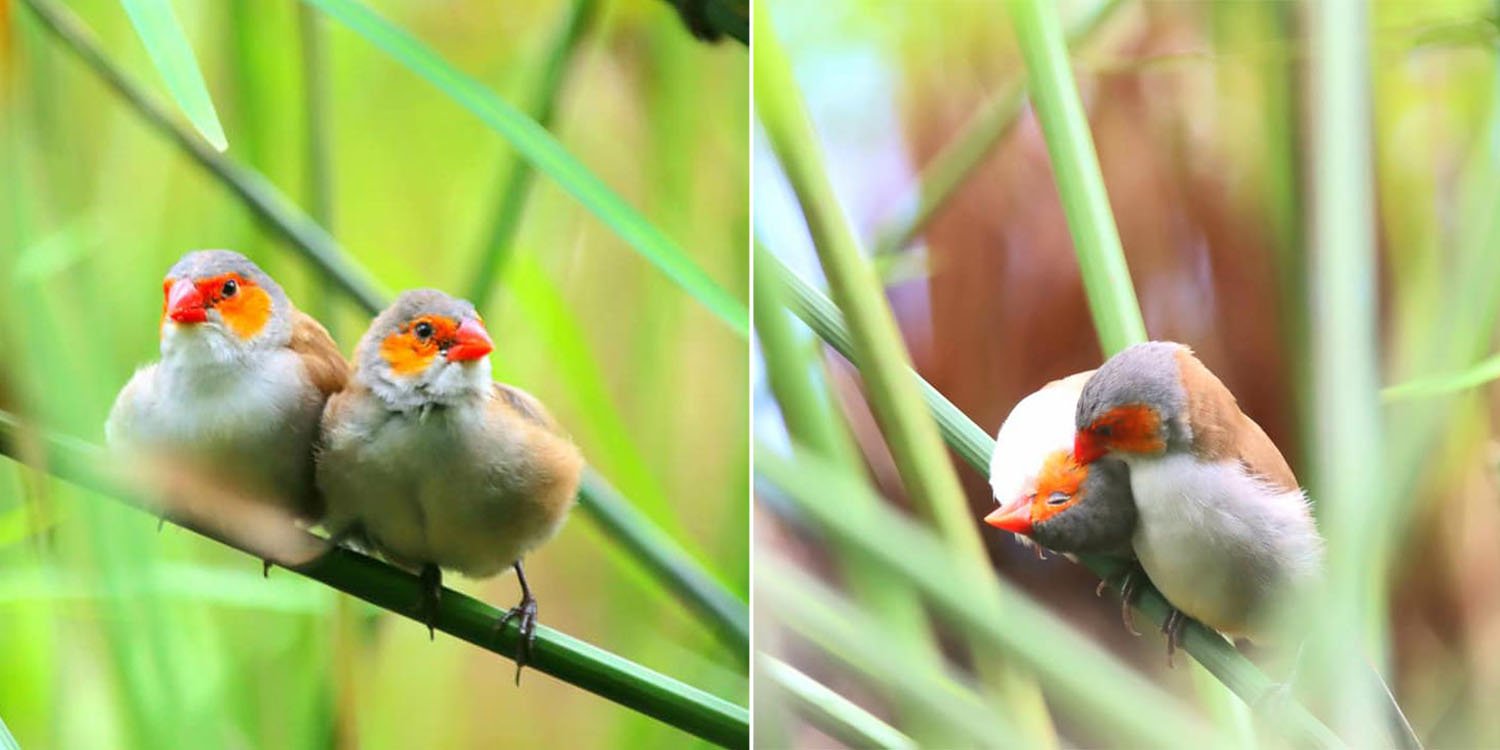 Caught in the act.

Public displays of affection (PDA) used to, or at least to an extent, bother some people enough for them to snap photos.

But when the PDA doesn’t involve humans, the affair suddenly becomes quite wholesome, as a netizen found out while at Bishan-Ang Mo Kio Park.

Mr Ko sighted 2 orange-cheeked waxbills, which as you’d expect from the name sport orange cheeks, being lovey-dovey on a weekday morning. 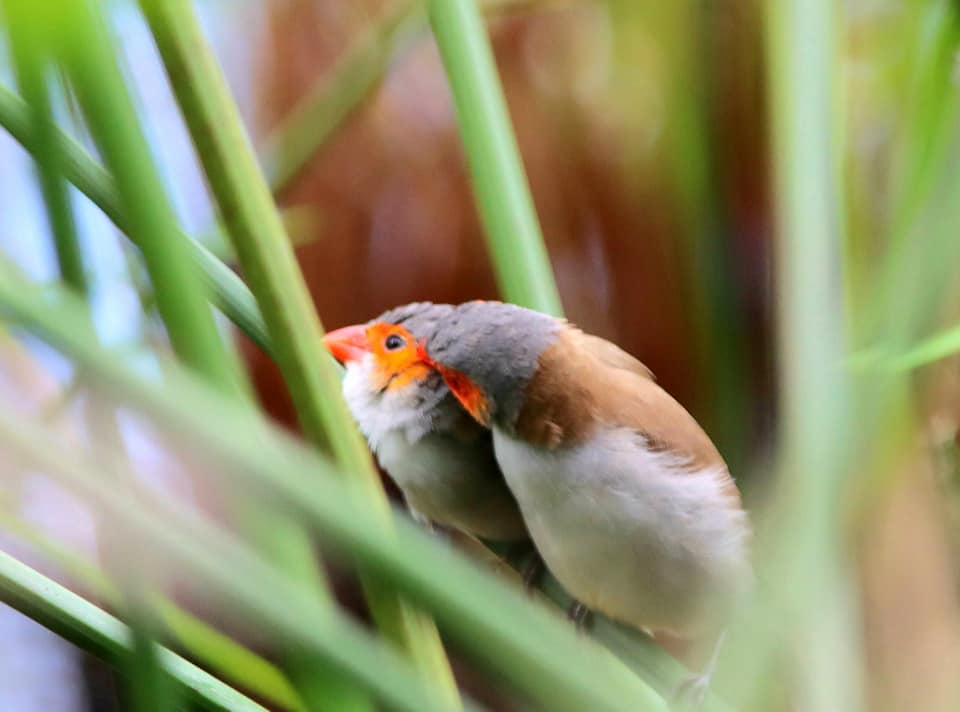 He managed to snap some pictures and post them on the Nature Society (Singapore) Facebook group on Wednesday (18 Nov).

Through the series of pictures Mr Ko captured, the birds are seen playing around side-by-side, while perched on a thin leaf. 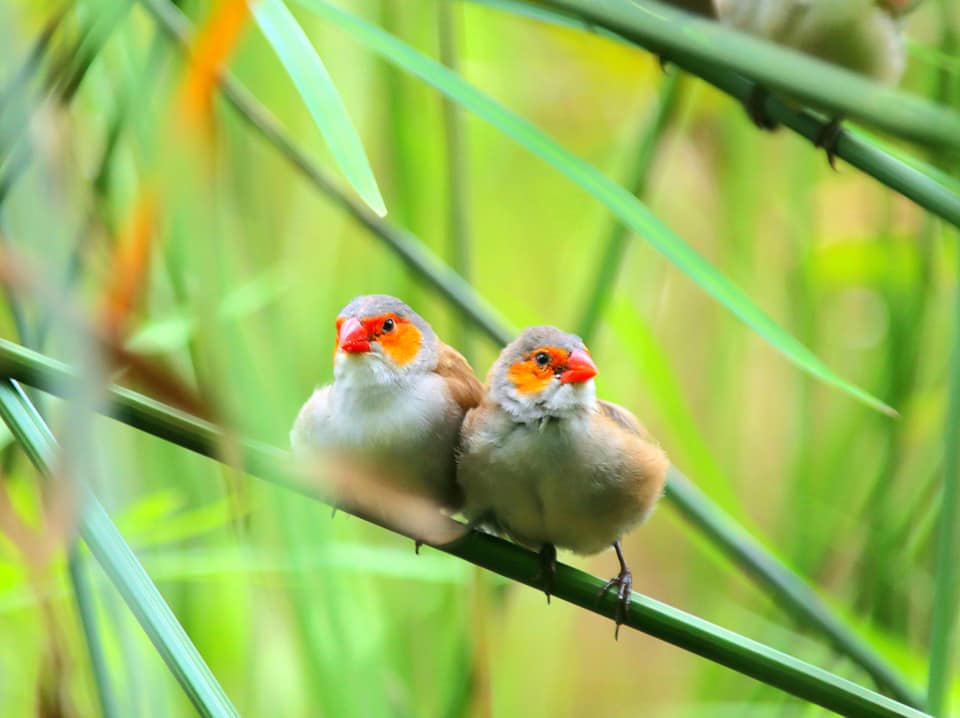 They began frolicking, one of them nibbling the other’s orange cheek.

The bird being teased didn’t seem to find this especially unwelcome, although it contorted its head at a rather odd angle. 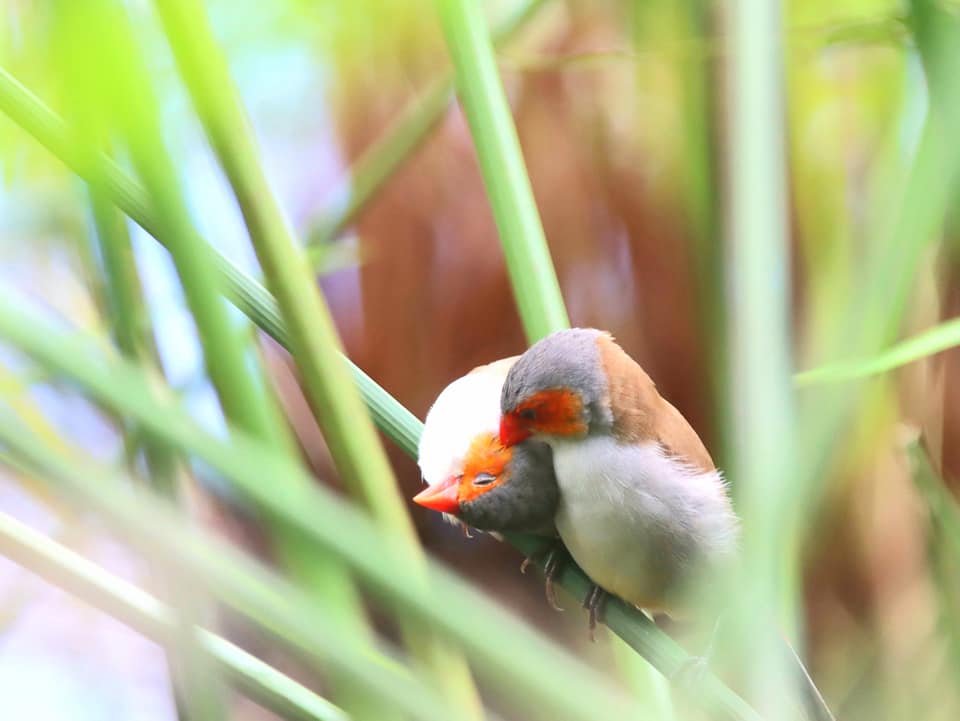 The initiator bird continues with the cheek-play for a while. 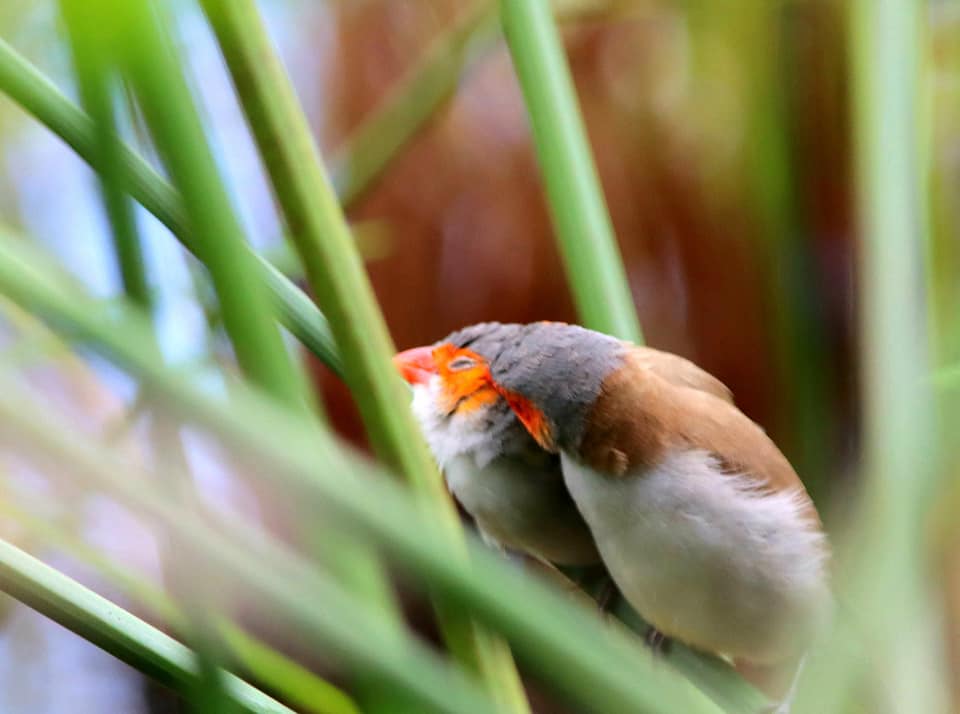 However, it seems at some point that the birds, while busy with their PDA, sensed someone spying on them.

Amusingly, they look directly at the camera. Well, it’s kind of a public park, but that’s probably their home to begin with, so they shouldn’t feel ashamed.

The series of photos even depict a possible scenario, which a netizen spotted.

Others applauded the photographer’s skill and even felt that the birds were more romantic than some humans.

Amidst a tough economy and one of the worst years in recent history, it’s nice to see that at least some are enjoying their time.

Fittingly, their cheeks are even orange. That’s close enough to red to stand in for blushing in our books.