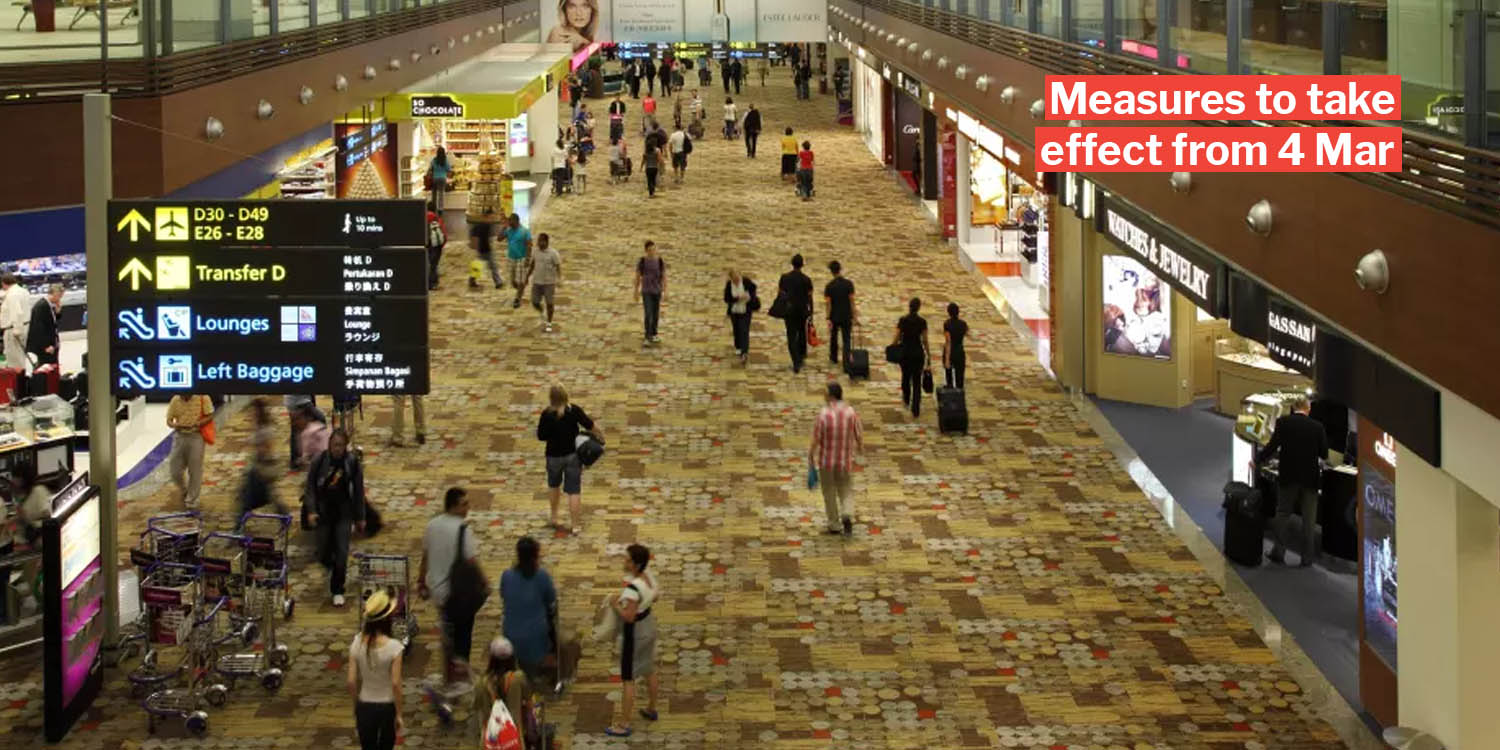 The countries in question have seen surges in Covid-19 cases recently.

As the Covid-19 outbreak shows signs of improving in China, other countries have seen drastic spikes in the number of patients with the new coronavirus.

Such countries include South Korea, Italy and Iran.

On Tuesday (3 Mar), National Development Minister Lawrence Wong announced that new travellers with travel history to Iran, northern Italy, and South Korea will not be allowed to enter or transit through Singapore.

These new measures will take effect on Wednesday (4 Mar).

According to the Ministry of Health (MOH), the new measures were introduced as the number of cases continue to surge around the world.

The 3 countries in question saw a drastic increase in the number of confirmed cases lately.

From Wednesday (4 Mar), new visitors who travelled to South Korea, northern Italy, and Iran in the last 14 days will not be allowed to enter or transit through Singapore.

ICA will also stop issuing new visas to those with Iranian passports.

Italian and South Korean passport holders do not require a visa to enter Singapore.

Short-term and multiple-visit visas previously issued to travellers will also be suspended.

Singaporeans, permanent residents (PR), and long-term pass holders who travelled to the 3 affected regions will be issued Stay-Home Notices from Wednesday (4 Mar).

MOH has also expanded the suspect case definition to include those with travel history to Iran, Japan, South Korea, and northern Italy who are displaying symptoms like pneumonia or severe respiratory infection with breathlessness.

Additionally, travellers entering Singapore with fever and other respiratory symptoms but do not meet the suspect case definition will also have to undergo a swab test at the airport.

Test results will take between 3-6 hours before it’s confirmed.

During this period, travellers are advised to minimise contact with others for precautionary purposes.

Subsequently, they will be contacted about the results of their tests. Those who test positive for Covid-19 will be brought to a hospital.

The airport swab test will allow authorities to ‘cast a larger net’ and allow them to detect cases that are not referred to hospitals.

Hope new measures will curb the spread of Covid-19

As the number of Covid-19 patients rises worldwide, it’s important that we take the necessary precautions to safeguard Singapore from the infectious disease.

While the new measures will likely bring about some degree of inconvenience for travellers, they will hopefully allow authorities to detect Covid-19 cases at an earlier stage and curb the spread.

This will hopefully allow officials to isolate them before they come into contact with more people, and infecting them with the coronavirus.