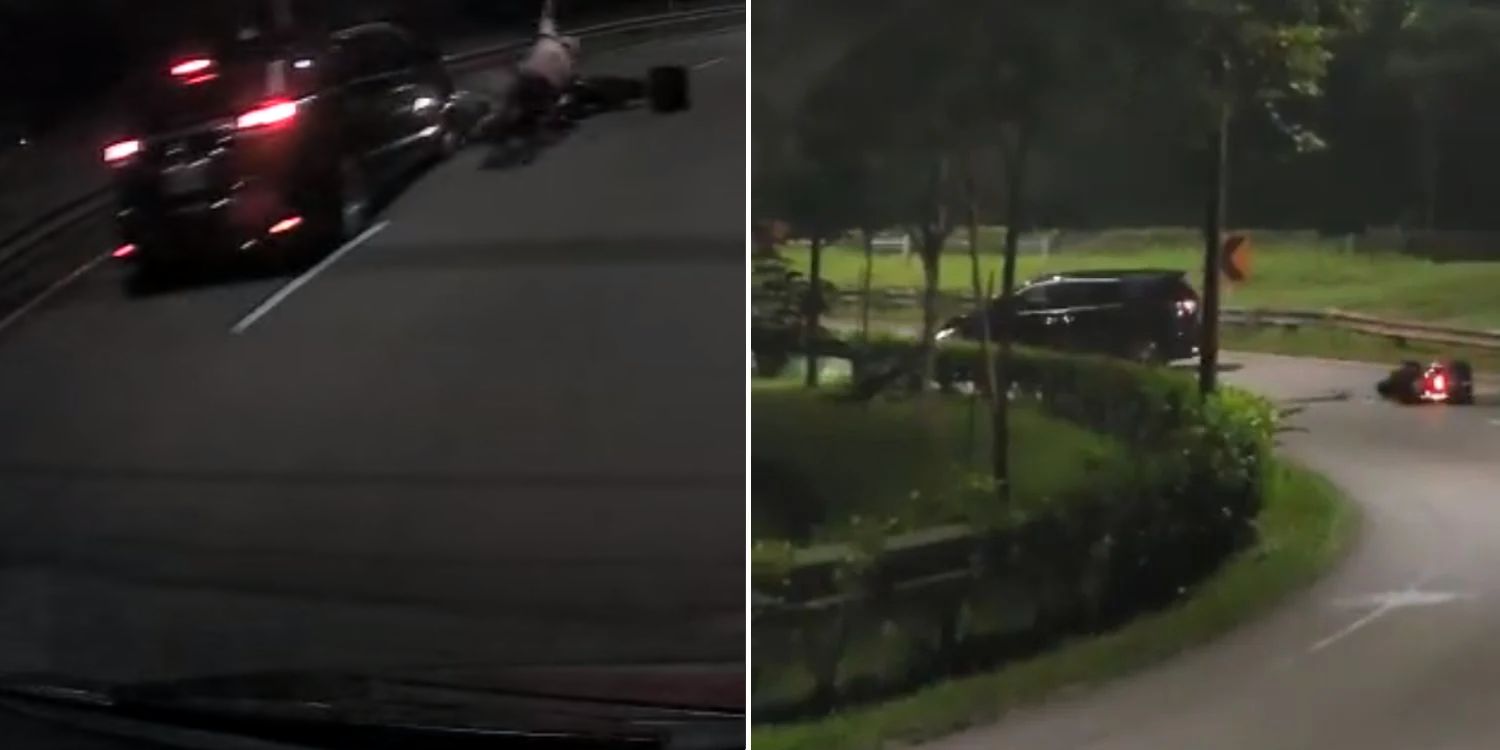 The car was seen reversing and driving away from the fallen motorcycle.

Car Drives Against Traffic & Collides With Motorcyclist Near CTE Exit

No matter how much a driver can account for all the things that can happen on the road, unexpected events can throw anyone off guard.

An unlucky motorcyclist was unable to evade an errant driver who was driving against traffic near a Central Expressway (CTE) exit.

After colliding with the motorcyclist, the driver seemingly reversed and fled the scene.

The condition of the motorcyclist and the driver’s whereabouts are unknown at the point of writing.

On Friday (30 Sep), three videos of the accident near Exit 3 on the CTE, towards Yio Chu Kang Road, surfaced online.

The first of three videos shows the point-of-view from the back of a car.

At the start of the video, the motorcyclist successfully slipped into the exit without any issue.

However, as he was going around the bend, he appeared to try to brake upon noticing the bright headlights of an oncoming car.

Unfortunately, the motorcyclist was unable to stop in time, colliding head-on with the car, which didn’t seem to be slowing down.

The impact flung the motorcyclist off his bike, causing him to spin briefly in the air before landing on the road.

The second video shows the dashcam footage from the front of the car. From this perspective, viewers can see the car driving against traffic.

As it approached the dashcam vehicle and bypassed it, the car looked to be travelling rather quickly before it collided with the motorcyclist.

The final video shows footage of the direct aftermath of the accident.

The short clip appeared to be recorded by someone standing near the collision site. From a distance, a person can be seen standing by the fallen motorcycle with what looked like luggage bags on the ground. It’s unclear how the person got there.

The motorcyclist could not be spotted. Moments later, the driver reversed their vehicle and seemingly drove away, this time in the right direction.

What unfolded after this final clip is unclear but we hope that the motorcyclist is okay.

MS News has contacted the relevant authorities for comment on the matter and will update the article accordingly.