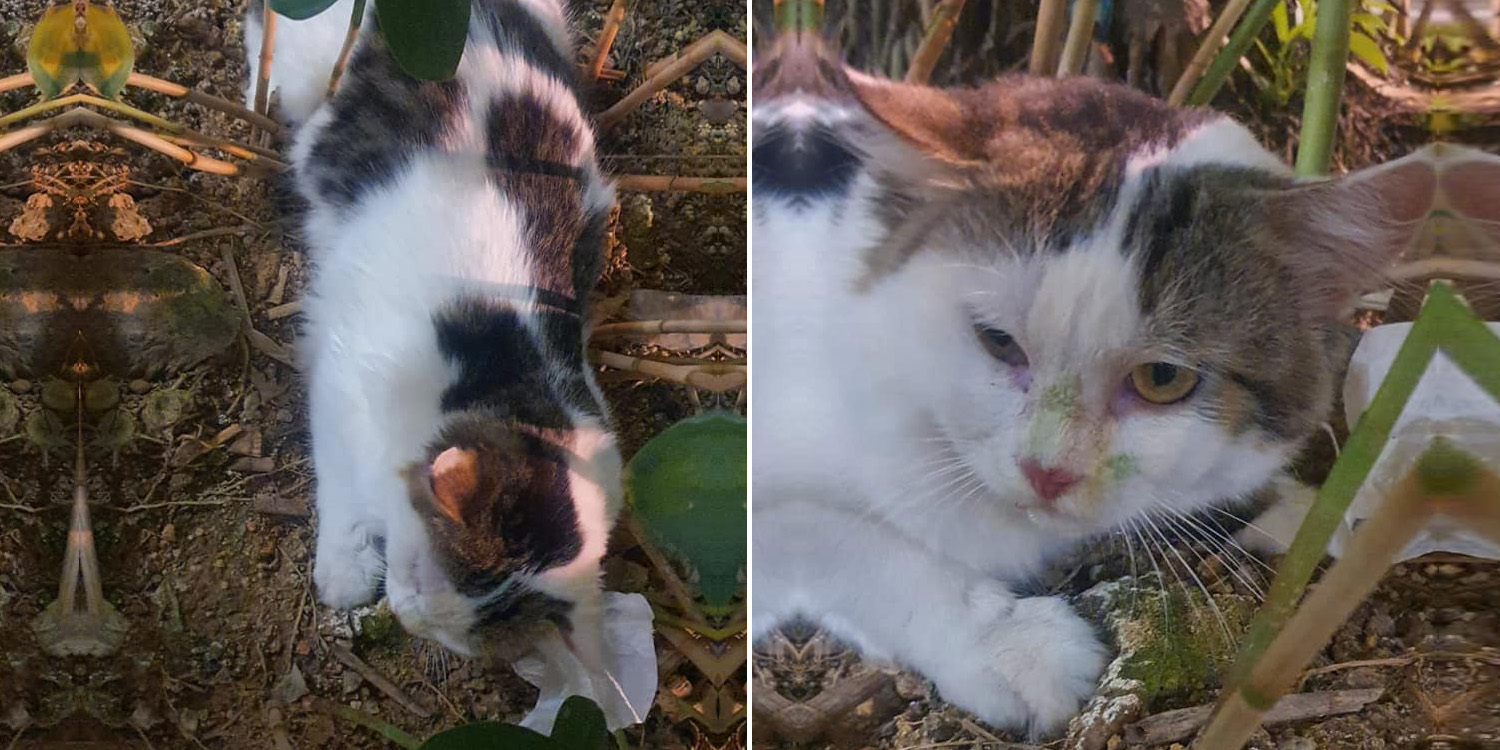 Cat In Sembawang Falls From Height At Block 363C, Gets Rescued By Woman

Many may assume that cats are able to get away unscathed after falling from high places. But occasional tragedies at flats show us that this isn’t the case.

Some aren’t able to land swiftly on their feet after falling from high places, and they’re equally at risk of suffering severe injuries.

A woman living at Block 363C Sembawang Crescent found an injured cat on concrete ground, suspecting that it could have fallen from a height. 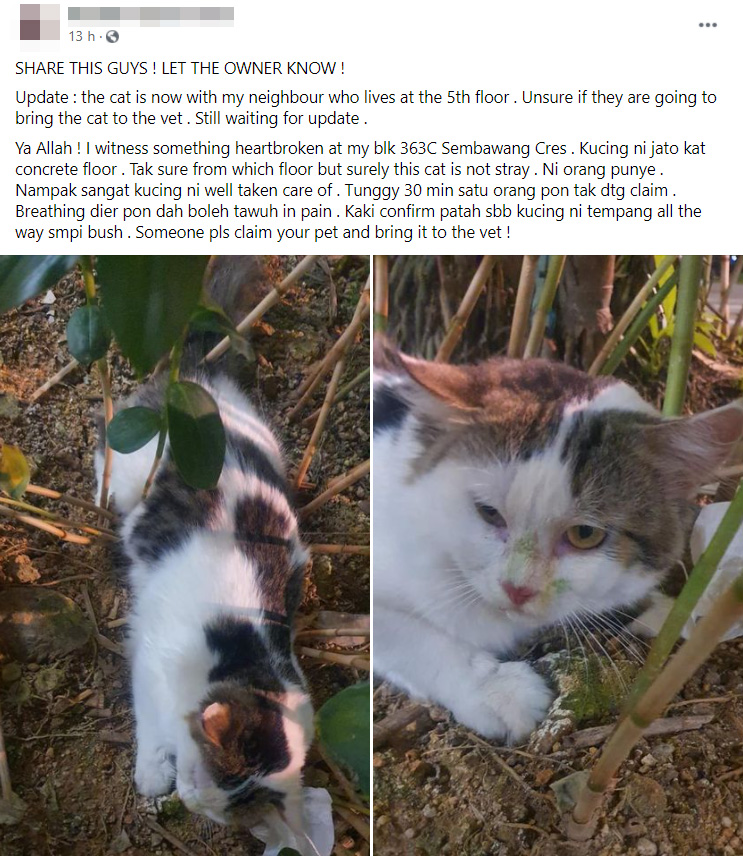 She did not believe the cat to be a stray, and is currently seeking for its owners to rescue their feline.

Woman finds injured cat at the foot of Sembawang block

According to the Facebook post on Saturday (20 Feb), the woman shared that she was heartbroken when she came across the piteous sight of a cat, laying injured in the bushes.

Saying that she found it at the foot of her block at 363C Sembawang Crescent, she deduced that the cat, likely someone’s pet, had fallen from a height.

Not sure from which floor, but surely this cat is not a stray.

The woman said she waited around for 30 minutes, but no one came to claim the cat.

She could hear the cat’s laboured breathing — a clear indication that it was in much pain.

She wrote in Malay,

The cat’s legs are definitely broken because it crawled in a crippled manner all the way to the bushes.

She urges for its owners to claim their pet and bring it to the vet.

Near midnight, she updated that the cat is now living with her neighbour as they await for news.

Considering how the cat was seriously injured from the fall, it is fortunate that a resident noticed its plight and has put out a plea for help.

We hope the owners will see this and contact the woman soon. If you know someone who owns a cat like this near the block in Sembawang, you can reach out to the woman here.

In the meantime, if you have cats living in your unit, do remember to mesh your windows and protect them from high-rise syndrome.