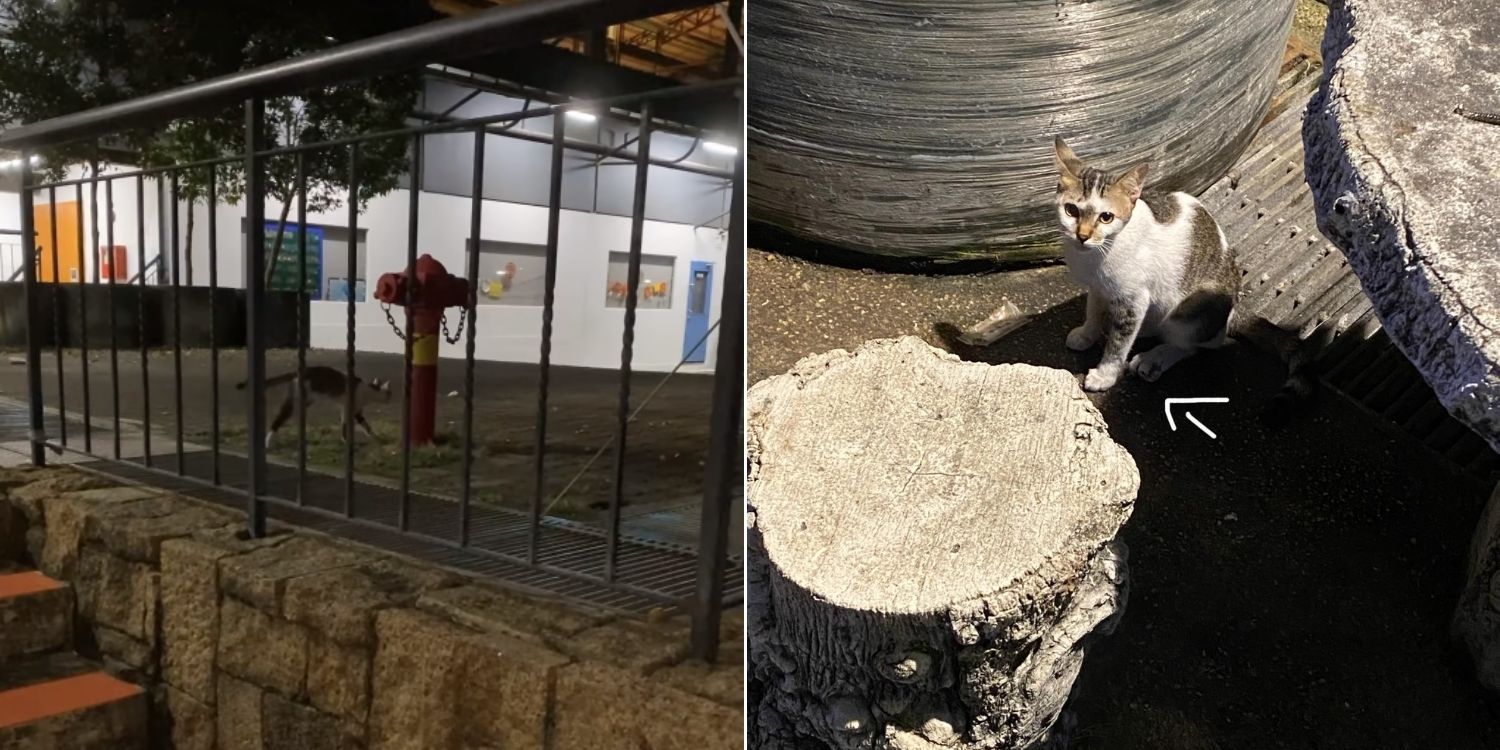 Felines tend to be skittish creatures, especially when in distress. One cat in Punggol with a fish hook pierced through its paw proved that when it reportedly disappeared before rescuers could help. Subsequent efforts to track it down failed, leaving the concerned lady who spotted it to appeal for anyone in the area to keep a lookout for the poor kitty.

Facebook user Karenn shared her encounter with the cat in the Punggol Cats Kakis group on 11 Feb. 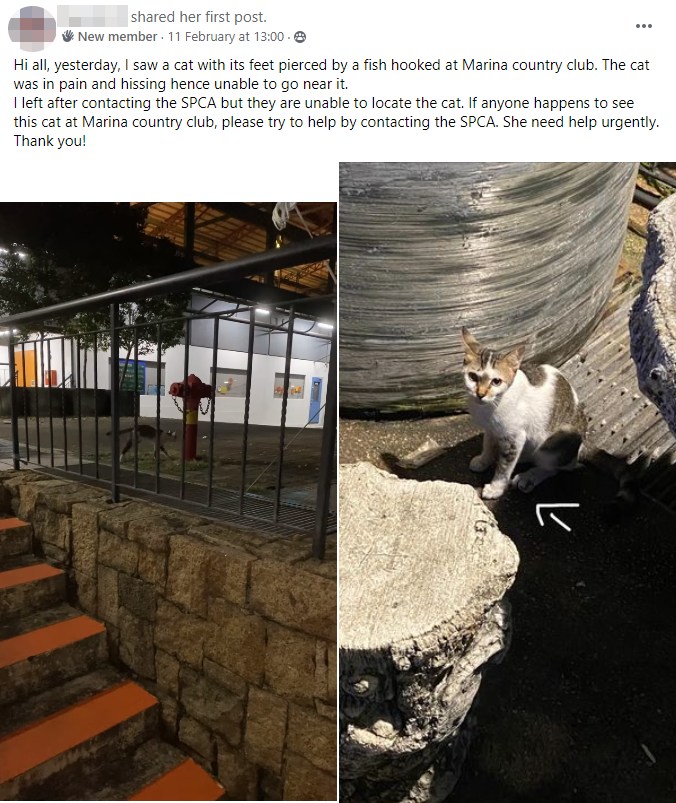 According to her, she had seen the cat limping at Marina Country Club in Punggol the night before, on 10 Feb.

She became worried when she noticed that the cat was in pain. Since it was hissing, she was “unable” to approach too closely.

Wanting to help, however, she contacted the Society for the Prevention of Cruelty to Animals (SPCA).

Unable to stick around since it was already 1am on a weeknight, Karenn kept in touch with SPCA to find out about the cat’s condition.

Unfortunately, she claimed that SPCA couldn’t find the cat when they arrived.

In a statement to MS News, SPCA confirmed that they were unable to locate the cat:

We received a call on 11 Feb regarding a limping cat with a fish hook stuck in its foot. A rescue officer was dispatched to Marina Country Club. However, we were unable to find the cat.

Should anyone come across injured, sick or abandoned animals, or animals in distress, please call our 24/7 emergency hotline at 6287 5355 Ext. 9.

Hope the cat receives the help it needs quickly

Any kind of wound is at risk of infection if left unattended, and we wouldn’t want that for the poor kitty.

If you happen to see it around, or any other injured animal for the matter, do contact SPCA’s emergency hotline at 6287 5355 Ext. 9.

As for anglers, remember to dispose of your fishing hooks responsibly to prevent any more cases like this. Sharp hooks lying around not only pose a threat to animals, but humans too.

It’s our responsibility to keep every living creature in our environment safe, so let’s be more cautious moving forward.