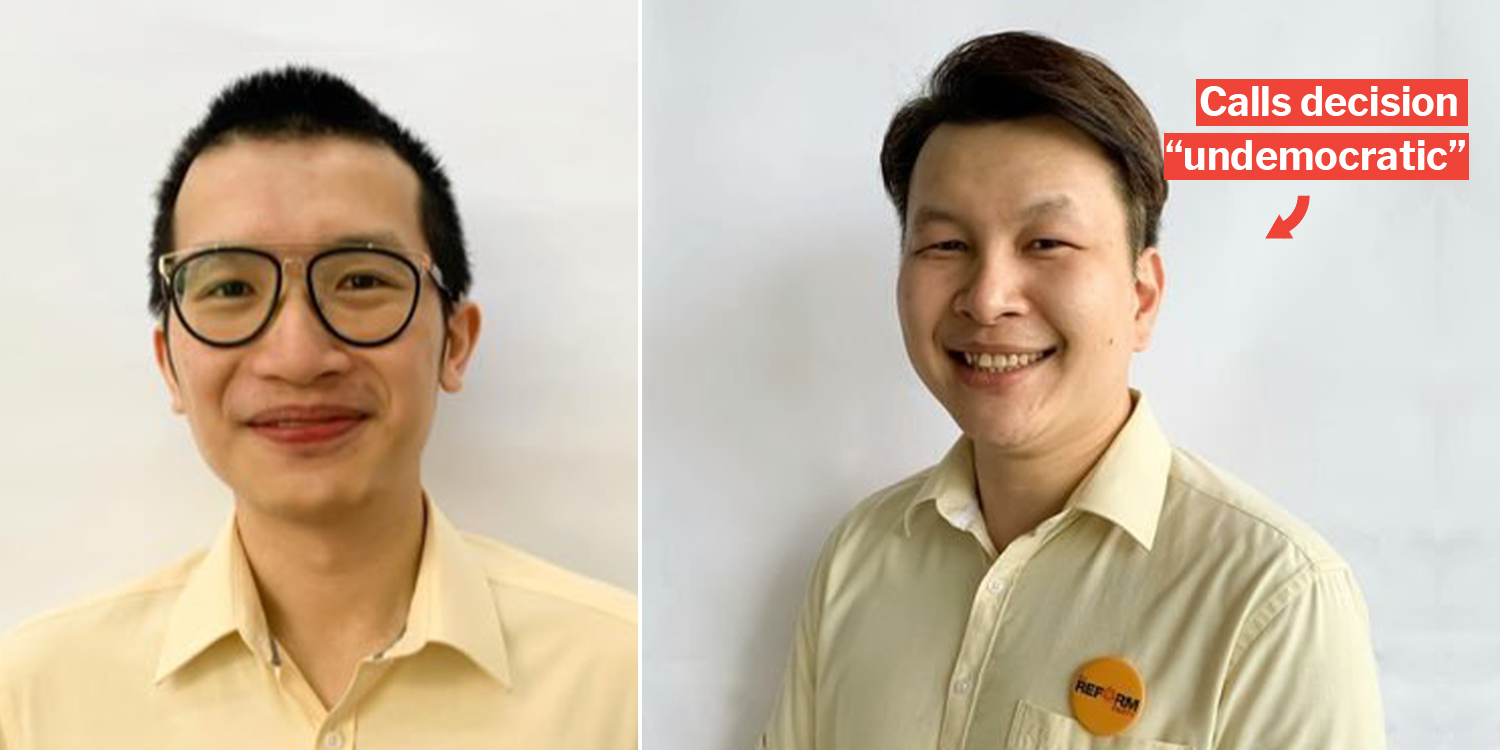 He pledges to do his best.

The 30-year-old lawyer is now appointed as party chairman. 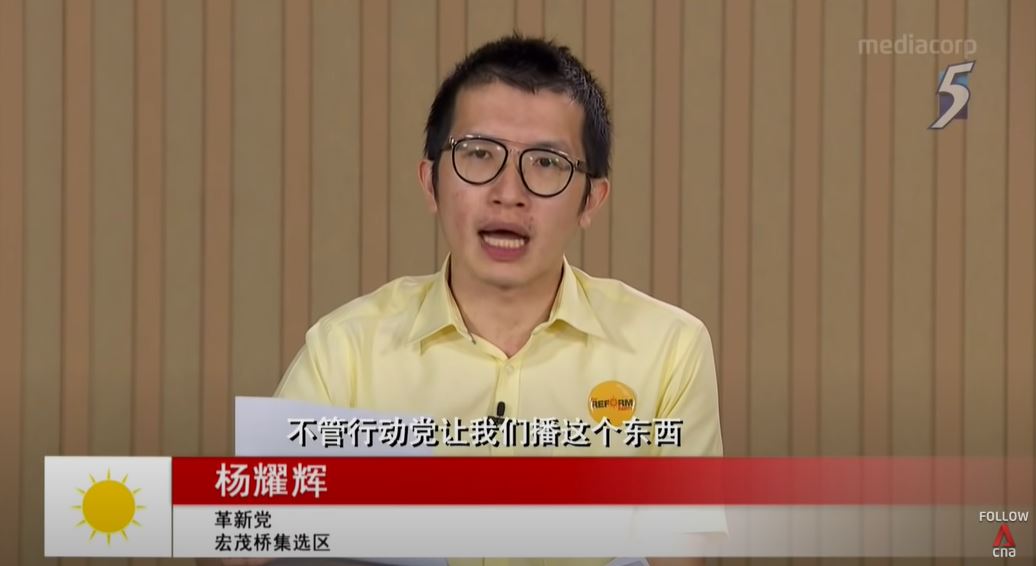 This latest development, according to RP’s media release on Wednesday (5 Aug), is part of the party’s process of preparing the next generation of leaders and renewing the ranks after GE2020.

Unfortunately, there seems to be signs of internal turmoil, as the decision was allegedly not democratic.

According to the media release – posted on party secretary-general Kenneth Jeyaretnam’s Facebook – Charles Yeo pledges to do his best and that he’s looking forward to energising the membership and encouraging more youth participation.

He was volunteer leader during GE2020 and had volunteered himself with the Ang Mo Kio GRC team in GE2015.

Meanwhile, fellow party member Mahaboob Batcha, who is director of an oil and gas company, is appointed as treasurer.

We thank Andy Zhu and Noraini Yunus, who are stepping down from the CEC, for their service.

Sadly, trouble seems to be afoot internally, as these changes may not be unanimously agreed upon, as seen in a Facebook post following the announcement.

The post – which has since been removed – had claimed that this was an “undemocratic stance” by Mr Jeyaretnam as matters concerning party chairman and treasurer weren’t finalised. 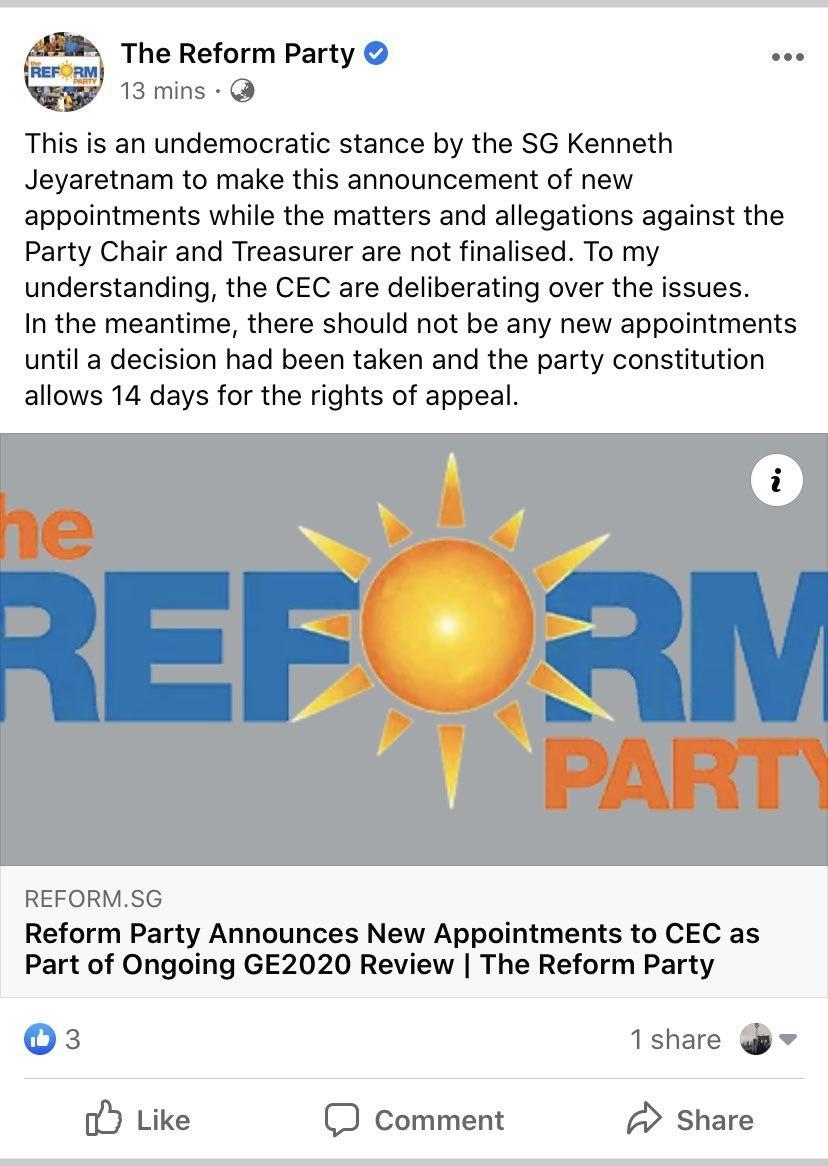 According to the post, the party is still deliberating over these issues so in the meantime, there won’t be any new appointments until a decision has been made.

The post also mentioned that the party has 14 days to appeal based on its constitution.

The Straits Times reports that Mr Zhu was the person responsible for the statement. 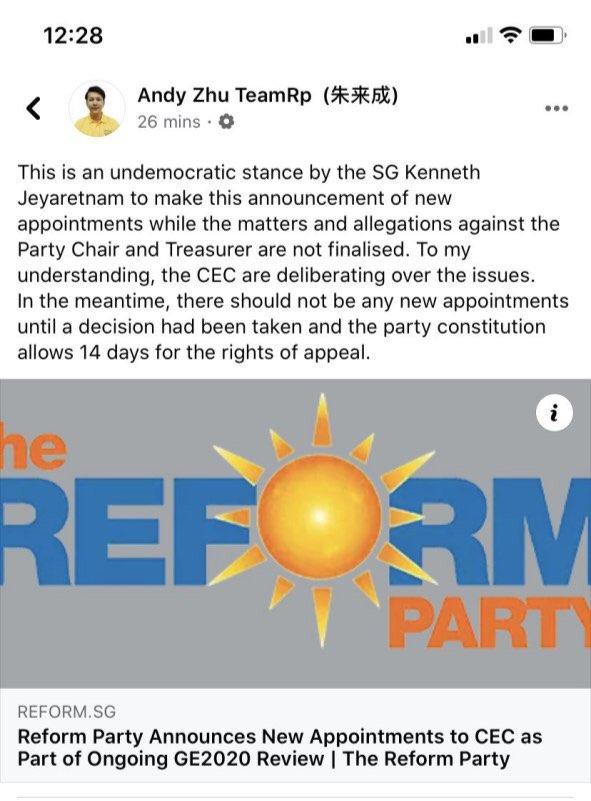 Speaking to MS News, Mr Jeyaretnam clarified that Mr Zhu isn’t authorised to make a post and that the party is “dealing with it” at the moment.

Only the party chair and secretary-general are allowed to speak to the media.

“Mr Zhu is no longer the chairman,” he said, adding that the party’s central executive commmittee (CEC) will be holding a party conference soon.

The current situation may seem messy, but we hope that Reform Party’s central executive committee and Mr Zhu are able to reach a resolution amicably.

MS News would like to congratulate Mr Yeo and Mr Mahaboob on their new appointments.