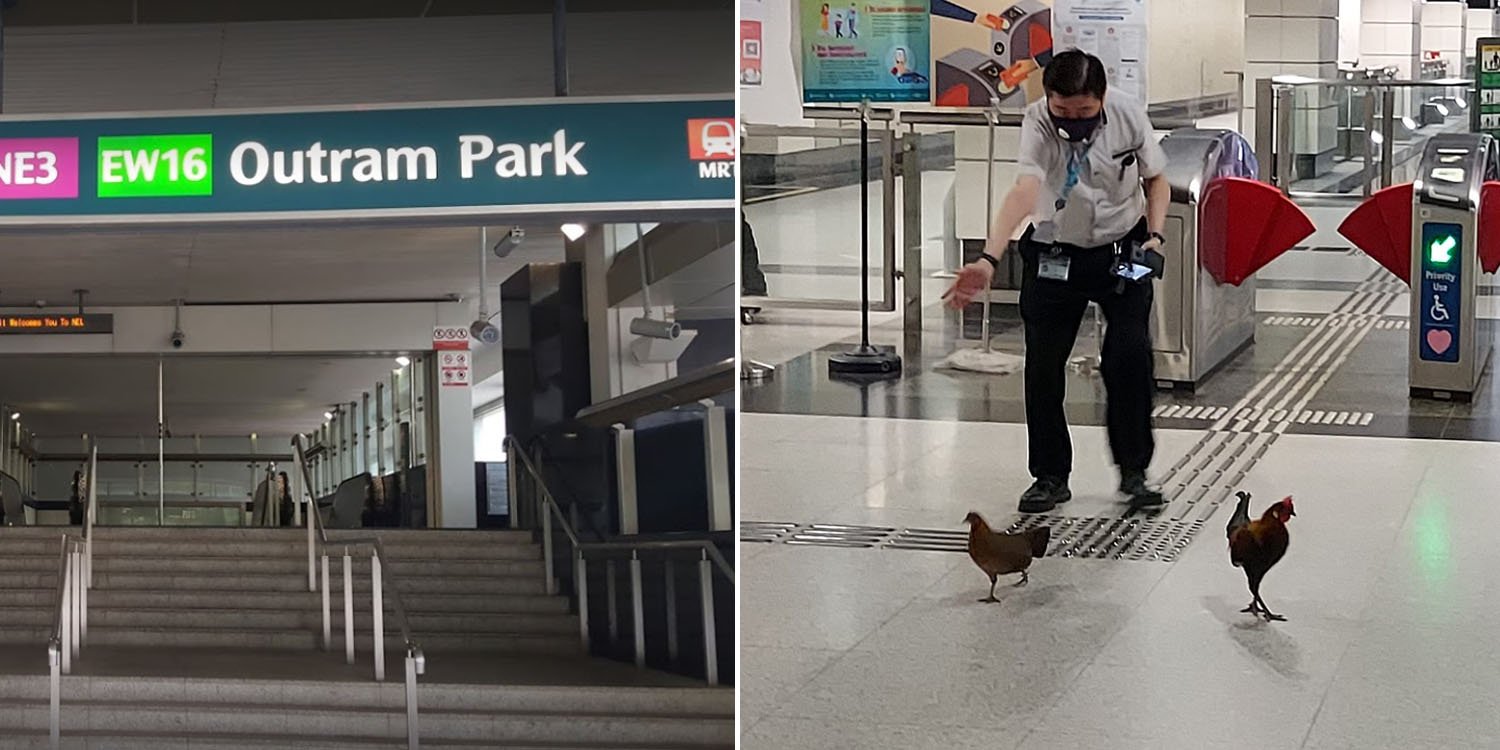 Ever since ‘Circuit Breaker’ ended, Phase 2 has become the most anticipated moment for Singaporeans.

Why not? Dine-ins are possible again, we can also have social gatherings – max 5 pax – and visit our friends and loved ones.

Phase 2 is apparently so exciting, that a couple of chickens also wanted to get out and take public transport. A commuter captured the egg-citing moment at Outram Park MRT on Friday (19 Jun). 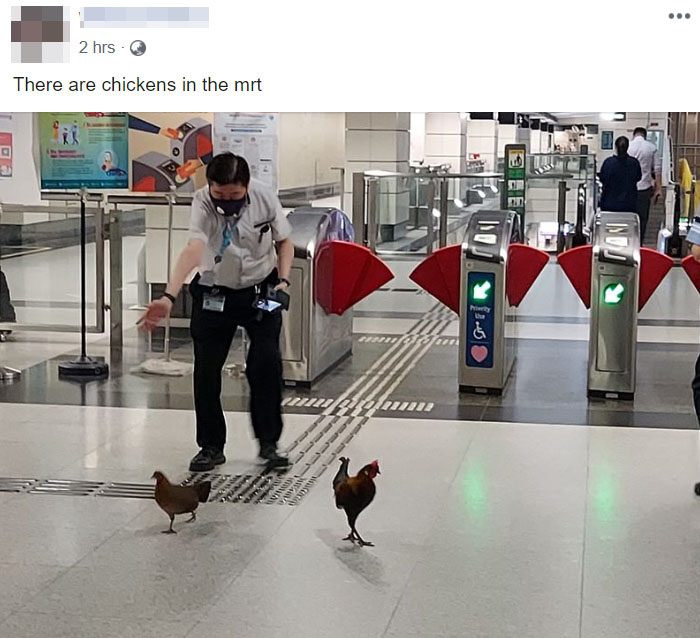 Not much context is given in her caption, as it only mentions “there are chickens in the MRT”. We’re not sure how these wandering hens could have gotten there too. 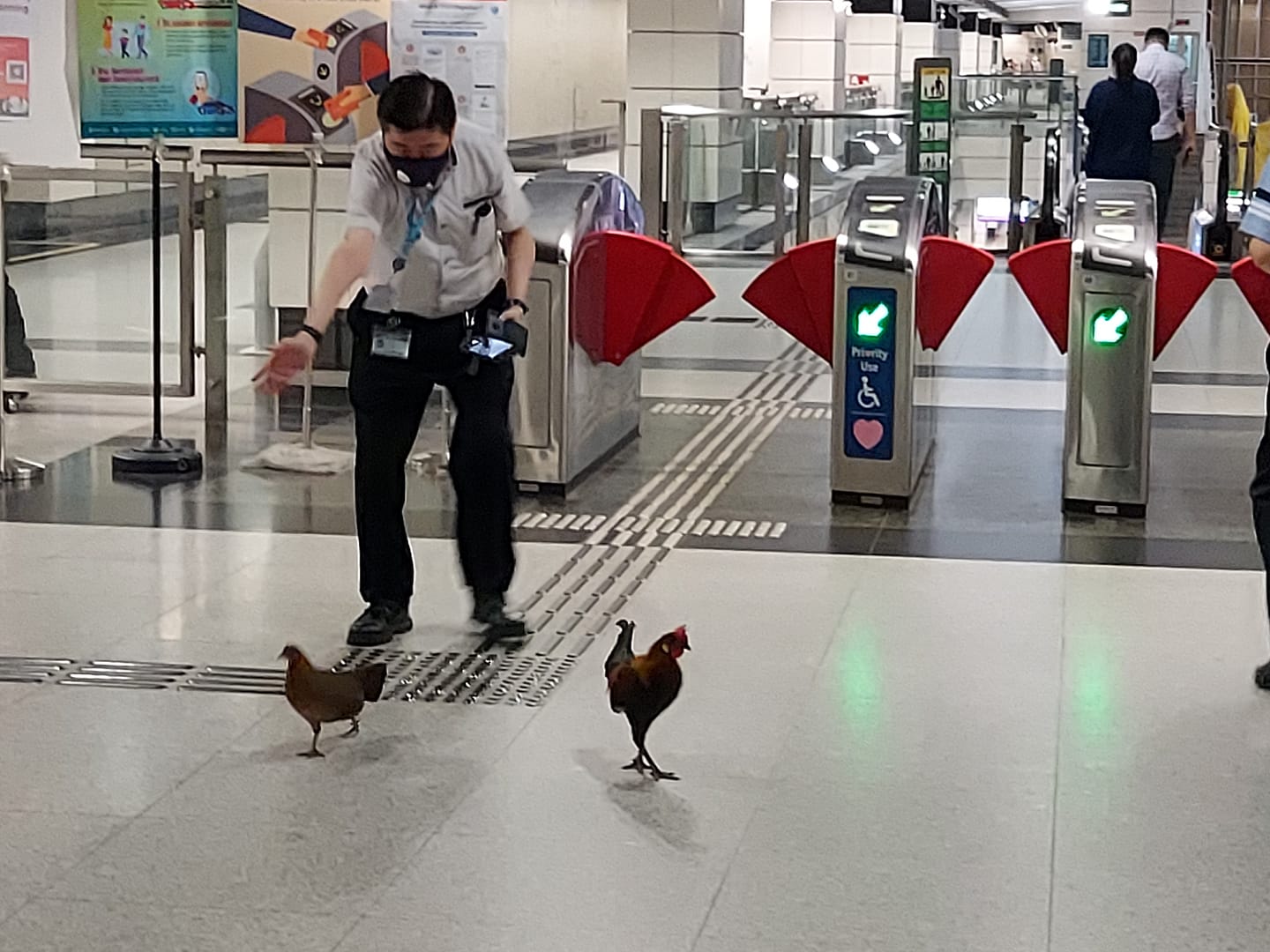 Digging a little deeper, we might have an idea.

According to the OP in the comments, the gantry she was standing at was deep underground, as there were 3 staircases to descend before you could reach it.

Somehow, it seems like the chickens managed to walk all the way down. Such peppy poultry.

The OP wasn’t the only one amused though. The train station staff on duty had also tried taking a photo of the chickens, before proceeding to shoo them away.

Poor little ones. We do hope the chickens managed to return to where they came from. They could have been lost.

Chickens were gently guided out

Our staff was alerted to their presence in the station and gently guided them out. We were quite amused that they decided to join the crowds on Day 1 of Phase 2.

Now that it’s officially Phase 2, it looks like Singapore is truly wildin’. Other than our celebrity-like otters, a wild pangolin and chonky monitor lizard were among curious sightings recently.

We guess chickens too are feeling excited to travel out and about after being cooped up.

Though there’s reason to rejoice now that some semblance of normalcy has returned to Singapore, bear in mind that there’s no need to scramble. Stay safe and healthy, everyone.