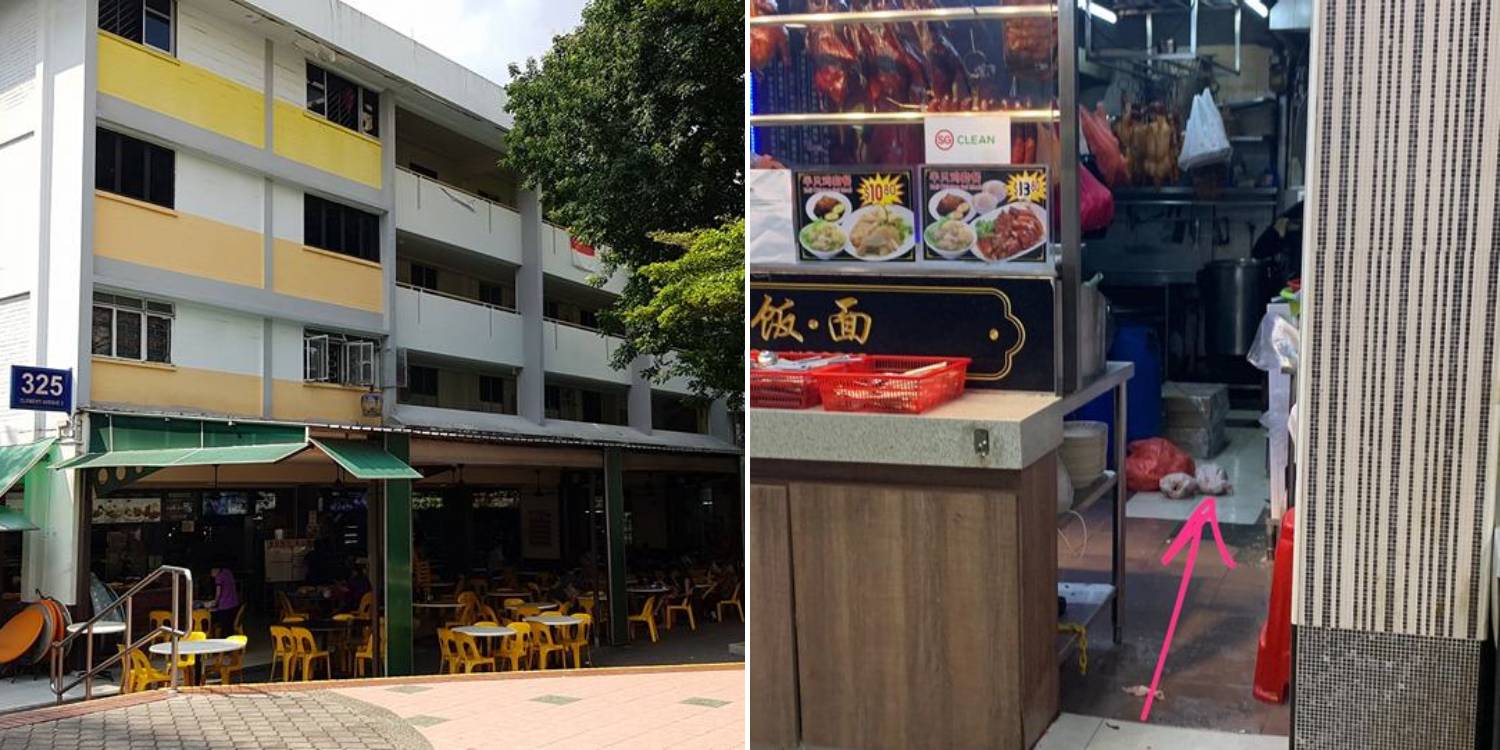 Recently, a delivery food rider was waiting for his order at a Clementi kopitiam when he spotted raw chicken being placed on the floor of a roasted meat stall. 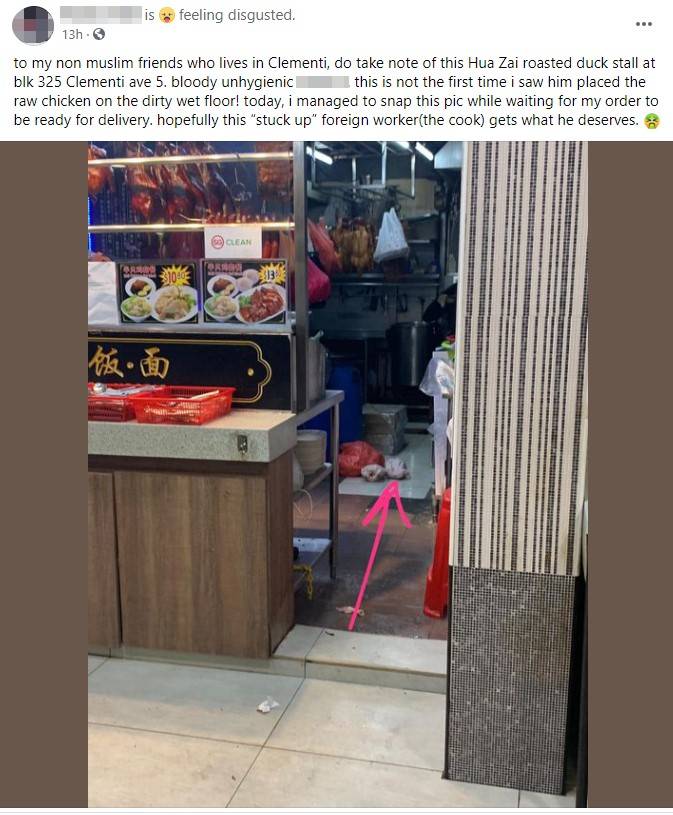 Apparently, this is not the first time an incident like this has happened at the stall in question.

In a Facebook post on Friday (16 Apr), Mr Haider shared about the unsanitary sight he laid witness to while waiting on his food order. 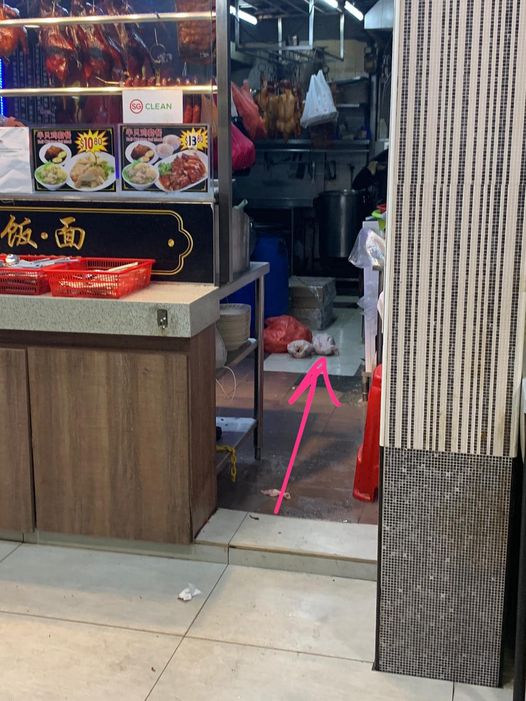 In the photo, what appears to be 2 whole raw chickens can be seen placed directly on the floor.

The man took the opportunity to warn others against patronising the stall due to their unhygienic practices.

What was perhaps more worrying is the fact that this is apparently not the first time this was seen happening.

In response to MS News queries, SFA confirmed that they are aware of the incident and is currently investigating.

MS News has also reached out to the stall in question for a statement regarding the incident. Stay tuned for more updates.

Though the picture appears pretty incriminating, let’s not forget that this story remains pretty one-sided as of now.

Till we get a confirmation from either the stall in question or the authorities, we cannot rule out the possibility that those chickens were meant for disposal and not for consumption.

That said, we hope SFA takes a serious view of this incident and will conduct a thorough investigation.

Ultimately, we hope nobody fell sick eating food from the stall and that the food handlers will refrain from such practices moving forward.