The new campus will reportedly take up 10% of the island.

Coney Island has been synonymous with photogenic wedding photoshoots and cycling destinations for quite some time now.

The rustic green space is a favourite spot for Singaporeans seeking an escape from urban life.

Unfortunately, the island will soon see 10% of its rich biodiversity make way for a new Outward Bound Singapore (OBS) campus, as shared on Facebook. 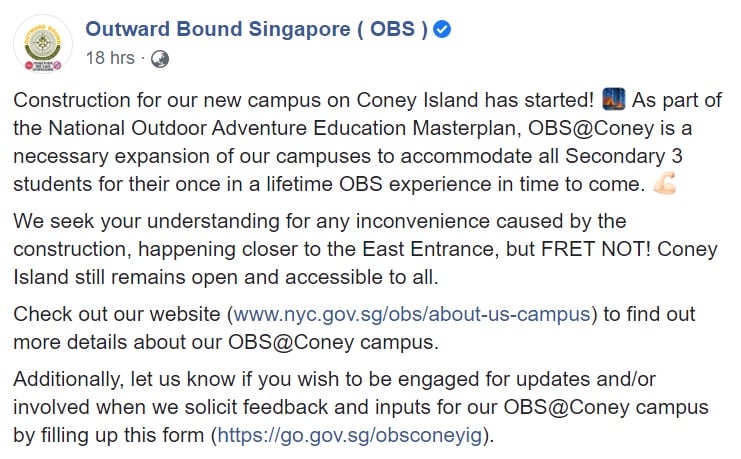 Netizens are up in arms, taking to the comment section to mourn the partial loss of one of our beloved parks.

New OBS campus to take up 10% of Coney Island

According to the OBS website, the new campus on Coney Island will occupy about 10% of the area. The construction of the campus is part of the National Outdoor Adventure Education Masterplan by the Ministry of Education (MOE) and Ministry of Culture, Community and Youth (MCCY).

OBS has described the development as a “necessary expansion” to “cater to a larger profile of participants”.

They’ve also claimed to minimise their environmental footprint by seeking input for the design and taking mitigating measures during construction. In addition, OBS programmes help to promote environmental sustainability.

OBS didn’t specify the duration of the construction but cautioned that visitors may expect some inconvenience closer to the east entrance. 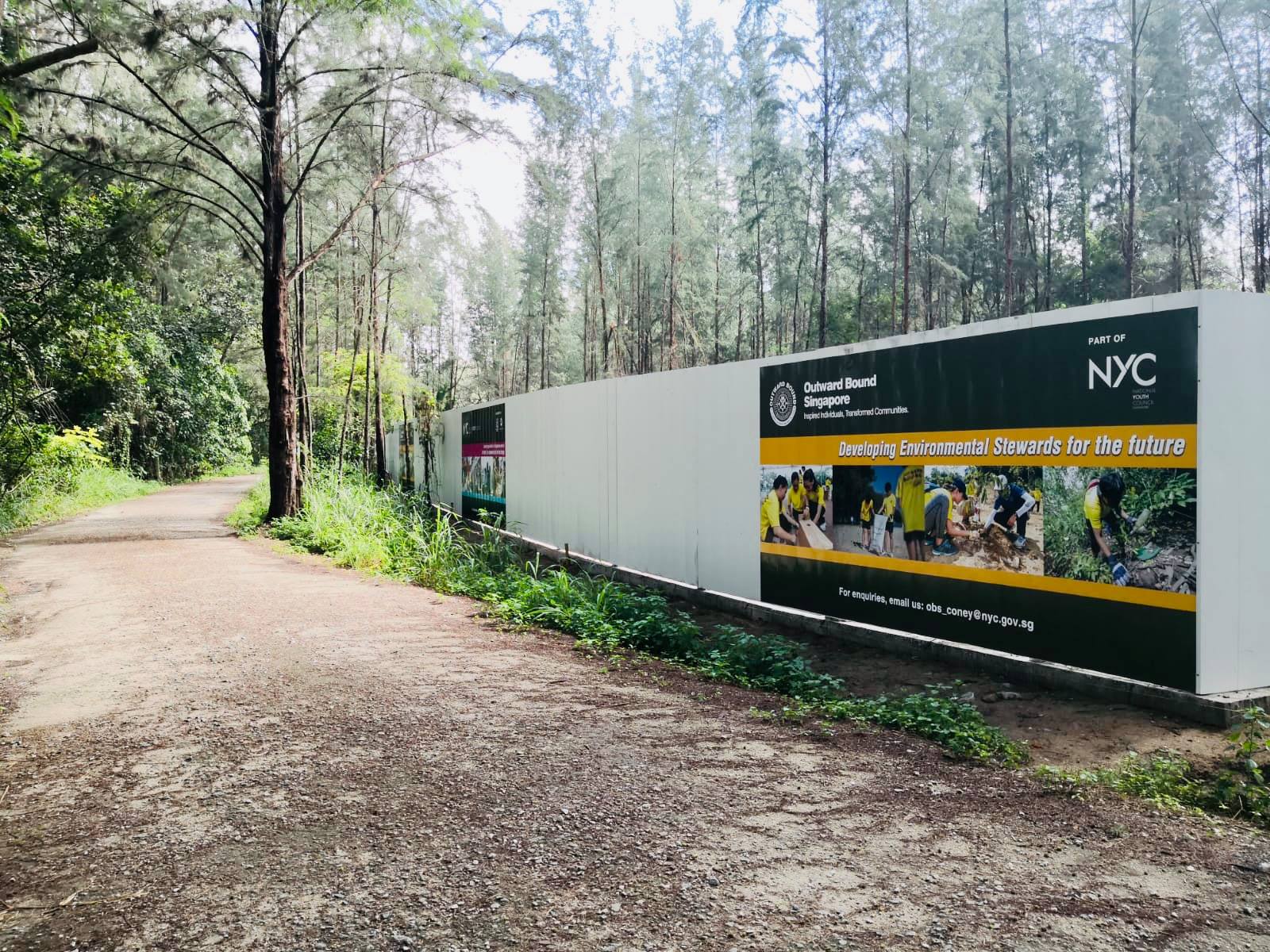 They can take the alternative route marked in the map above from Monday (7 Jun).

Netizens upset at the loss of greenery

In light of the imminent construction, netizens have taken to the comment section to voice their displeasure at the inevitable loss of natural greenery.

One netizen questioned the need for another campus as there are already sufficient alternatives in close proximity.

Another comment suggested that the ‘destruction of habitat’ would be contradictory to teaching the youth how to appreciate nature.

A worried animal lover also suggested that the native dogs may also be displaced as a result of the construction.

OBS has explained on their website that they’ll be working on diversifying planting to “help create new habitats for a wider range of fauna species”.

Whether their efforts will fulfill the goal is something we’ll have to see once the project is completed. In the meantime, MS News has reached out to NParks for comments and will update the article once they’ve replied.

A fine balance needs to be observed

While construction of the new campus is still planned to continue, the sentiment from netizens is loud and clear.

Promises have been made to ensure minimal disruption to the biodiversity of this treasured park, and we hope that the authorities will try their best to achieve those aims.

In a country with few natural spaces left, it’s important that we strike a balance between urbanisation and conservation. We thus hope the parties concerned will take the issue seriously, and consider nature lovers’ feedback when embarking on such projects.

What are your thoughts on the issue? Share them with us in the comments.